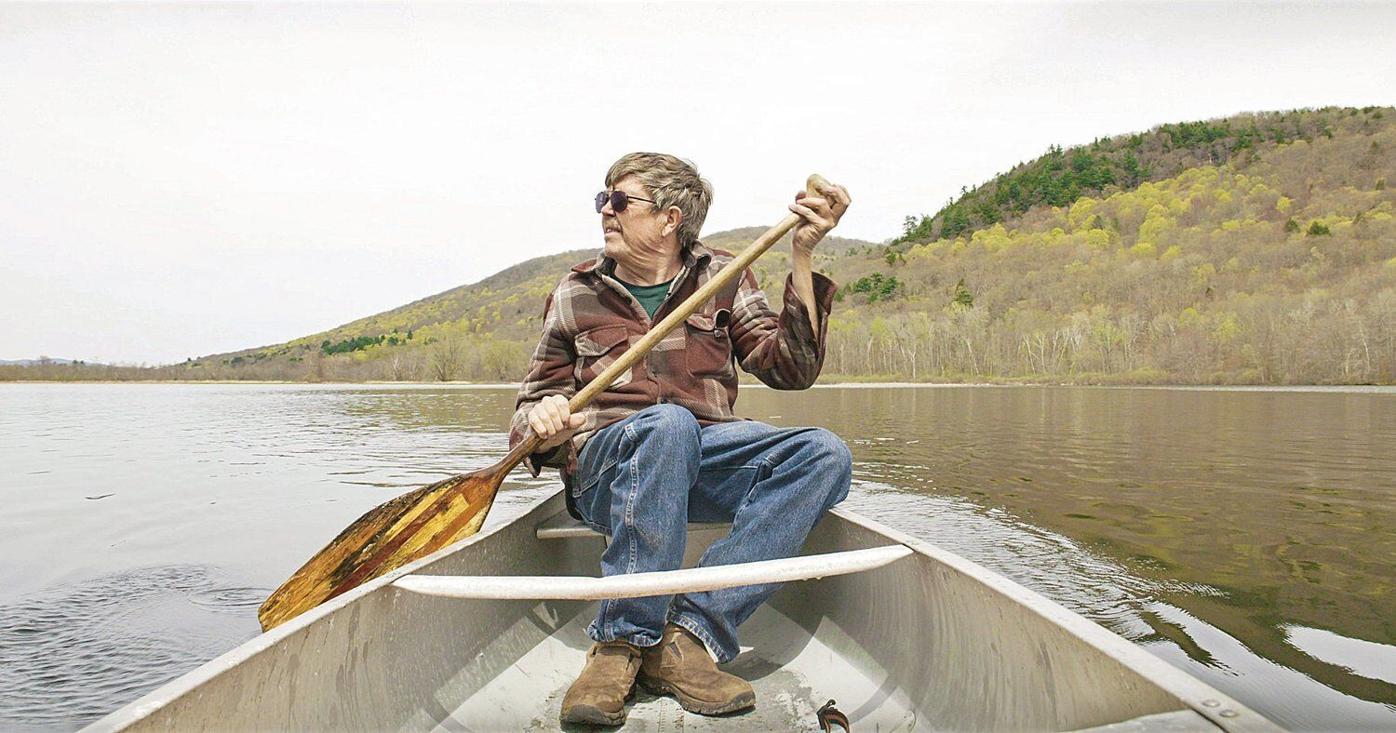 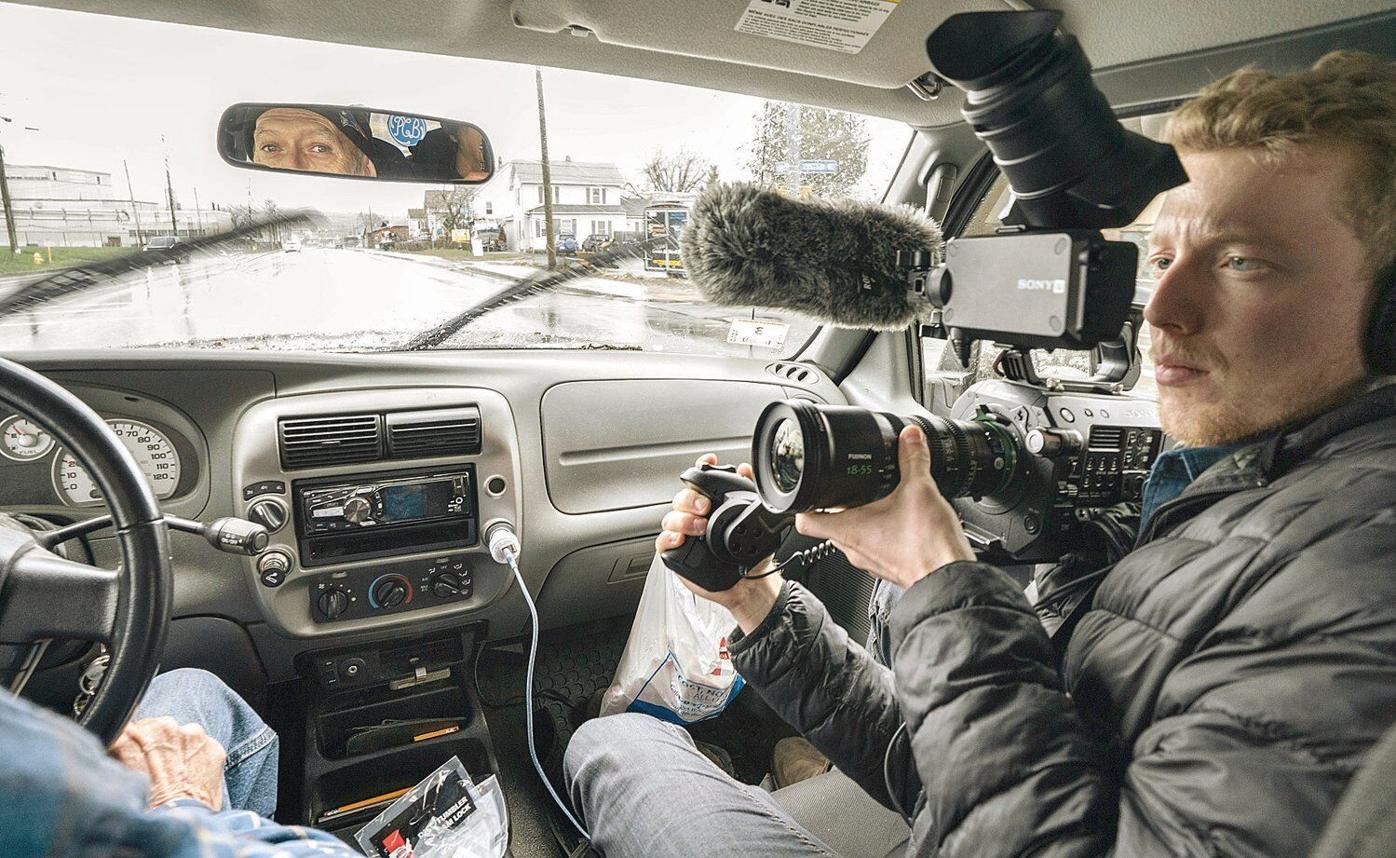 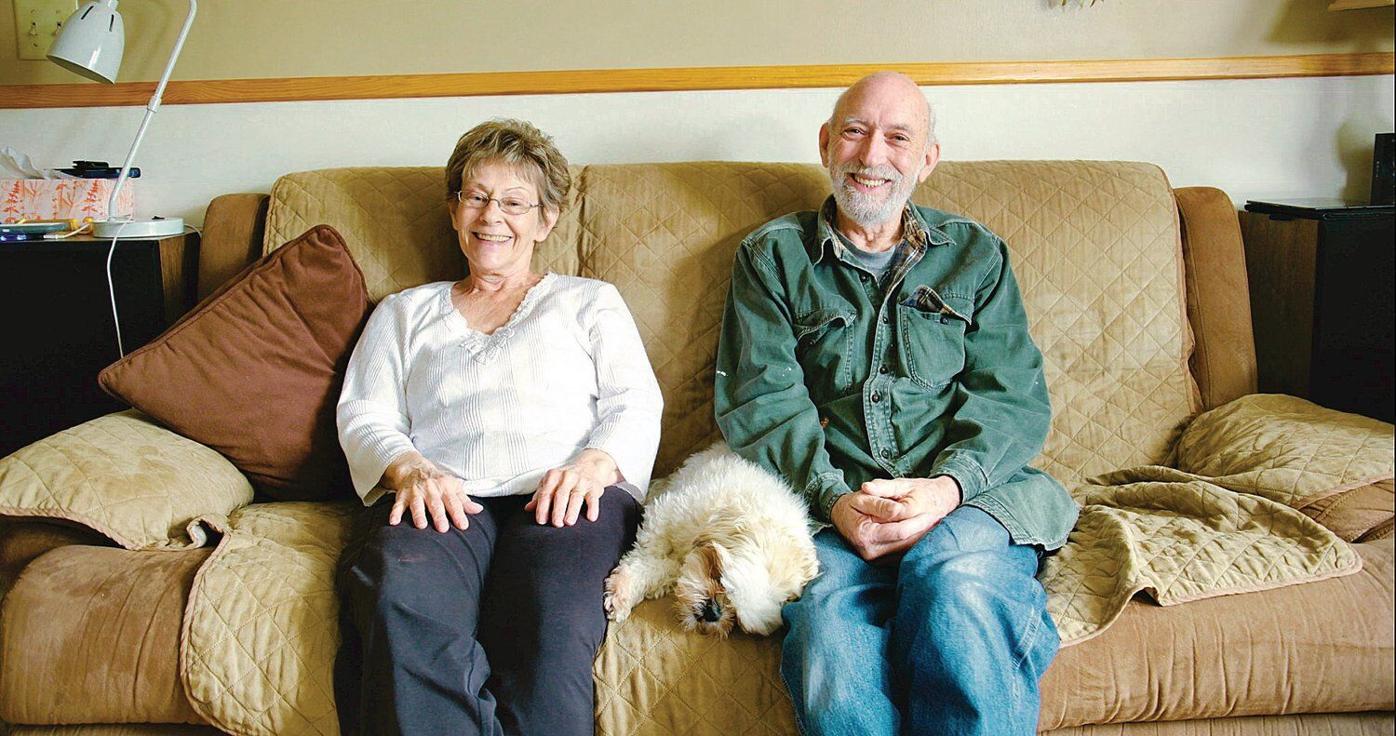 In 10 days, people get to say what they think of the latest plan to remove toxins from the Housatonic River. To set the table, the Environmental Protection Agency already is online with a 24-minute slideshow explaining what's up.

But, for those just tuning in to this region's longest-running environmental debacle, another primer sits a click away.

After more than a year of work, filmmaker Aaron Kalischer-Coggins is telling the story of what the General Electric Co. did to the area's premier river. His documentary, "The River Guards," can be viewed on his website, tributaryproductions.com.

It's an old story that hasn't gone away. Kalischer-Coggins, who is 27 and grew up in Pittsfield and a half-mile from the river's banks in Lenox, unspools the saga of PCB pollution for a new generation. The river's plight was a topic in his household as he grew up. His grandfather, the late Clemens Kalischer, did his own documentary work on the issue, photographing members of the Housatonic River Initiative, a grassroots group.

"I thought I might be able to do a film that would bring it to a different audience," Kalischer-Coggins said. "I just want people to be educated about it. Just give them the context and let them make their own decisions. You click a link and all of a sudden you're watching a story. The barrier to entry is very low."

While the EPA slideshow is a heavily narrated and technical chalk talk, "The River Guards" relies on natural sounds and voices in its 21-minute run, starting with the unmistakable lick of water against paddle.

There, at the stern, when the camera reaches him, sits Tim Gray, founder of the Housatonic River Initiative, whose quest to understand what GE's negligent release of tons of polychlorinated biphenyls did to the river, and what can be done about it, forms the heart of the film.

"The River Guards" follows in the footsteps of Mickey Friedman's earlier documentary, "Good Times to Life: GE, PCBs and Our Town" — and includes some of its footage.

"After more than 30 years, I still believe in fighting for what is fair — a fishable, swimmable river," Friedman said. "Aaron's film helps to make that case.

"I was glad to allow him to use footage from my film because I know how hard it is to be a documentary filmmaker and because the story needs to be told again and again. Our river is a treasure. And we need GE to clean it," Friedman said.

Because of the coronavirus pandemic, Kalischer-Coggins decided to make his documentary available for streaming online, at no cost.

"It would have been narcissistic to delay releasing the film just to have local screenings," he said.

The work also has been accepted into the Berkshire International Film Fest. And it was an official selection in this year's D.C. Environmental Film Festival, the largest of its kind. That was a badge or honor for the filmmaker, who studied film analysis and theory at Wesleyan University in Connecticut and spent his initial years after graduating in 2015 in California, chasing the dream of becoming a narrative filmmaker.

"They were very quickly crushed, as so many are in LA," Kalischer-Coggins said of those ambitions. He regrouped and now runs his own company, Tributary Productions.

As a drone-mounted camera sweeps over the Berkshires, seeing isn't believing — or rather, knowing. The beauty of these natural spaces, and the twisting river channel below, give no sense of the hidden toxins.

That dichotomy is not accidental in "The River Guards."

"It makes it all the more eerie that [the Berkshires], such a mecca for visitors, has this place that is ostensibly pure and clean but in reality is the opposite," Kalischer-Coggins said. "I wanted the film to be an example of the risk of letting something go for so long — and coming back from that."

Though Kalischer-Coggins reported various angles of the PCBs story, including an interview with Dean Tagliaferro, one of the EPA's point people on the cleanup, the film tells the story of the river's grassroots advocates. Along with Gray, viewers meet Dave and Gayle Gibbs, of Pittsfield, whose home sits beside a polluted former GE tract, and Jane Winn and Elia Del Molino of the Berkshire Environmental Action Team.

When the camera finds them, Winn and Del Molino speak not just to the PCB blight, but to the wholeness of river environments, and the importance of interrelationships among species.

Gibbs provides what passes here for comic relief. As Gibbs drives through Pittsfield, the filmmaker riding shotgun, he announces the start of the "toxic tour."

Since this is a tale for a new generation, the filmmaker spent time with Malcolm Whittaker, a tree-climbing, riverbank-prowling boy who lives in Lenox Dale and lends a Huck Finn sensibility to the story.

Or, perhaps, an "out-of-the-mouths-of-babes" poignancy.

Along with footage from Friedman's film, Kalischer-Coggins pulls in archival material from Pittsfield Community Television, "Inside Edition" and the Museum of Innovation & Science in Schenectady, N.Y. It takes viewers inside the old GE transformer plant, the scene of the environmental crime, and captures the bygone, easy days of Pittsfield prosperity.

One of the most jarring moments comes when Ed Bates explains how the river came to be so damaged. GE's transformer unit used 140,000 pounds of PCBs a week, Bates says, in footage captured years ago by Friedman. He cites a "loss rate" of 3 percent, meaning that 4,200 pounds of the probable carcinogen went into the local environment, before the substance was banned in 1977.

Friedman says it was meeting Bates, and another GE manager, Charles Fessenden, that inspired him to make "Good Things to Life."

"The story of those who worked hard for GE was at the center of that story," Friedman said. "And the stories they told — of not knowing how hazardous PCBs were, and how negligent GE was — connected all the dots."

"The River Guards" picks up from Friedman's lead — explaining GE's role in allowing PCBs to befoul so much of the landscape, including at the Allendale School in Pittsfield, even as efforts were taken to repair the damage. Aside from the river itself, PCBs made their way onto properties around the county, when the company gave away a material known as Fuller's earth to homeowners as fill. The material had been used to absorb spilled PCBs.

Friedman remains outraged at the consequences.

"Many of the workers and the small-business people of Newell Street who shared their stories died without receiving justice," he said. "It remains to be seen whether the same fate will befall the wildlife of the Housatonic. It certainly seems that the town officials who negotiated with EPA and GE gave up on the dream of a complete cleanup. And, sadly, agreed to a completely unnecessary, massive landfill.

"GE is our version of Goliath," he said.

Most of the film was shot in April 2019, though Kalischer-Coggins went back into the field to document the unveiling, in February, of a settlement agreement that includes local disposal, in Lee, of about 1 million cubic yards of PCB-contaminated sediment taken from the river and flood plain during the cleanup.

The film's final scenes capture opponents of the proposed PCB landfill entering the Berkshire Scenic Railway Museum in Lenox Dale on the day officials from near and far gathered to celebrate the agreement. Viewers hear from EPA and GE brass, but Kalischer-Coggins lingers toward the back of the room, capturing public discontent with the local landfill.

Then he is back with Gray, his central character, picking up the pieces.

"Well," Gray says, "the next step is to continue fighting."

Kalischer-Coggins says he hopes others come along to carry on the work.

"Without long-term activists, I don't know where we would be," he said, speaking of Gray. "He has been a watchdog for as long as someone can be a watchdog on this."

Today, Kalischer-Coggins has moved on to a feature-length documentary project about what's known as "acoustic archaeology." It will capture the work of people who study how sound affects the human experience.

That means a new effort to raise money, as well as awareness. "The River Guards," supported in part by a grant from the Berkshire Taconic Community Foundation, carried a budget of $8,000.

That's not including uncounted hours invested by the filmmaker. "There were a lot of costs. Film is not a cheap thing. Time is the biggest investment. I spent basically a year editing."

The arrival of the settlement agreement, he said, motivated him to get the story out to the public, since the deal appeared to raise new questions.

The EPA plans three public hearings on its revised plan for a Rest of River cleanup Aug. 26 and Sept. 15. Kalischer-Coggins says he hopes that his film makes a contribution.

"I've been very pleasantly surprised by the enthusiasm and interest that people have had in the film, and by the discussions it has sparked online about similarly polluted rivers in postindustrial areas around the country and potential cleanups for them," he said.

"I don't think the film's release could have been more timely. With a month left in the public comment period, I hope the story of my film can show people the importance of the Housatonic in a new light," Kalischer-Coggins said, "and ignite discussions around innovative solutions for the cleanup going forward."

The Checkup: 405 new cases for Berkshires in two weeks; Pittsfield up 231 cases