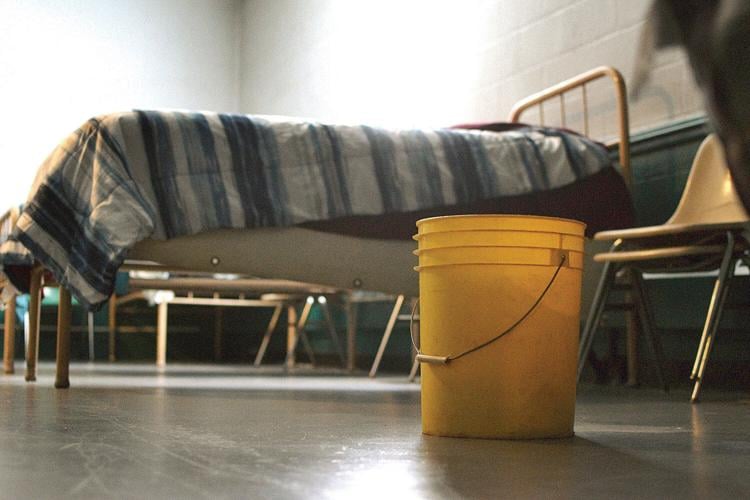 A yellow bucket sits beneath a leaky section of roof over the North Adams Fire Department's bunkroom. The city's police and fire departments share the public safety building. 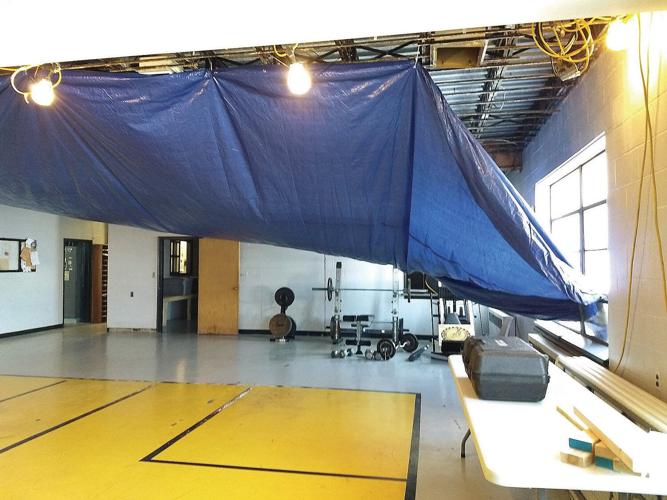 A multipurpose room at the North Adams public safety building is covered by a large blue tarp, which collects rainwater from a leak in the roof and funnels it out of a window.

A yellow bucket sits beneath a leaky section of roof over the North Adams Fire Department's bunkroom. The city's police and fire departments share the public safety building.

A multipurpose room at the North Adams public safety building is covered by a large blue tarp, which collects rainwater from a leak in the roof and funnels it out of a window.

Plans to repair the North Adams public safety building’s porous roof have been put on hold over the building’s lack of handicapped accessibility.

The state Architectural Access Board has rejected the city’s request for a variance that would allow the project to go forward without also bringing the entire building up to Americans with Disabilities Act standards.

The city has appealed the board’s decision and will make its case at a hearing in May.

“While we understand that needs to be done, because of the layout of the building and cost involved, we’re asking that we get a variance,” said City Administrative Officer Michael Canales.

Under current regulations, the city is required to bring the entire building into compliance with the ADA when it invests more than 30 percent of the building’s overall value in renovations or repairs.

The public safety building, constructed in the 1950s, before accessibility standards were enacted, is shared by the city’s police and fire departments.

The building’s failure to meet accessibility standards in numerous ways — for example, there is no wheelchair ramp into the police station section of the building — has long been a thorn in the side of city officials, who have, for years, highlighted the need for a new public safety building or substantial renovations to the current building.

“This is a necessary repair to the building while we work actively to pursue the solution to the public safety need,” said Mayor Thomas Bernard. “We’re saying we simply cannot address those issues with that building at this time. We recognize and are actively working to resolve the underlying issue.”

The city filed an insurance claim and had repairs done to several sections of damaged ceiling in 2018, but it was not a holistic fix. The ceiling won’t be replaced until the roof above it is repaired.

Last November, the City Council approved a $351,000 borrowing order to cover the replacement of the main section of the roof and two alternate sections.

For now, the regulatory snag is holding up those repairs. The condition of the building was one issue of concern raised during public interviews of finalists for the police chief position last week.

“The condition of the roof has not improved, so we need to do this as soon as we can,” Bernard said.

In advocating for the new roof project to the City Council last November, public safety officials described to city councilors how water would drip through the ceiling and onto sleeping first responders, large tarps were erected to deter water damage, and drips fell just feet from expensive machinery.

“We’ve been trying to address where and how to fund a new public safety building, but in the meantime we have an immediate concern,” Canales said.

NORTH ADAMS — For weeks now, police have used space heaters to keep the basement of the city’s public safety building warm, as a broken heatin…