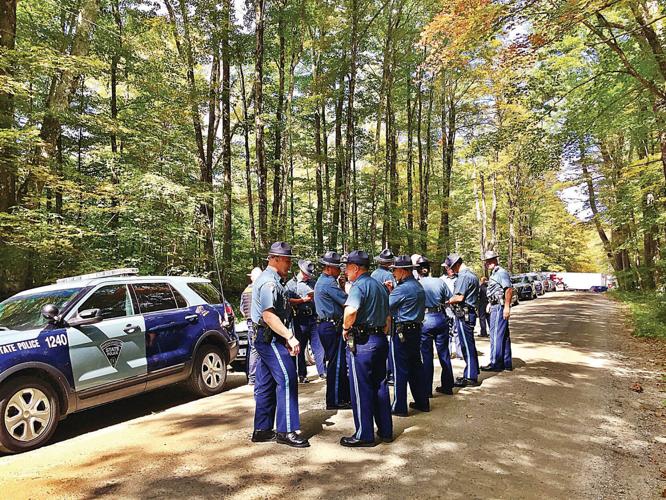 Wednesday's protests pulled a bevy of state police troopers off other deployments, according to Capt. John Penniman. 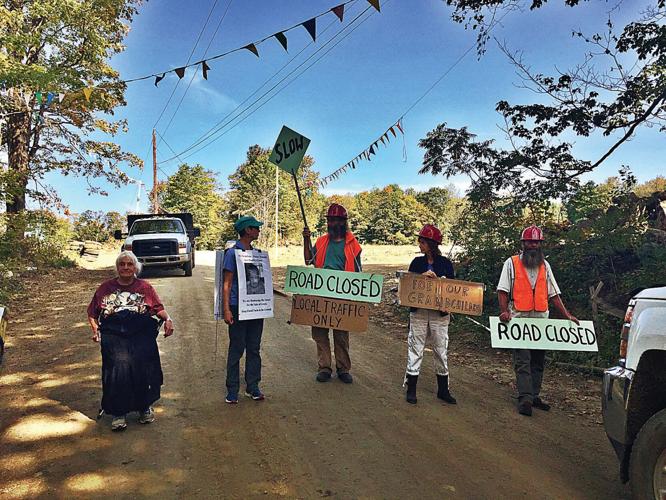 Anti-pipeline activists from Sugar Shack Alliance block the road at Tennessee Gas Pipeline Co. headquarters in Sandisfield on Wednesday. The action led to six arrests and another four after protesters went to the company's headquarters and tried to present a mock arrest warrant to company officials. 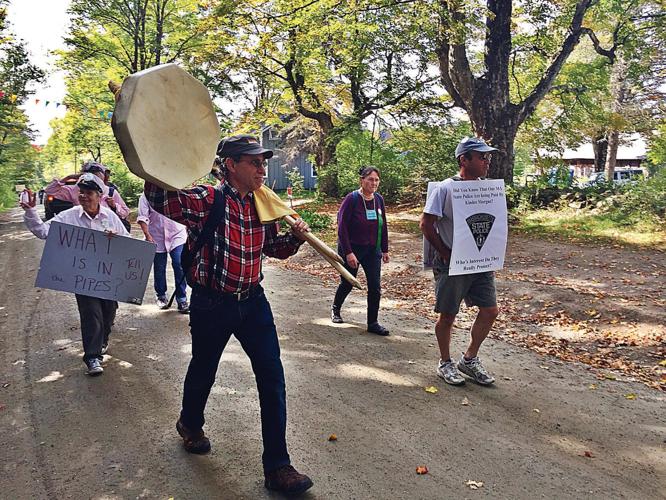 Wednesday's protests pulled a bevy of state police troopers off other deployments, according to Capt. John Penniman.

Anti-pipeline activists from Sugar Shack Alliance block the road at Tennessee Gas Pipeline Co. headquarters in Sandisfield on Wednesday. The action led to six arrests and another four after protesters went to the company's headquarters and tried to present a mock arrest warrant to company officials.

SANDISFIELD — Another round of anti-pipeline protests and arrests here Wednesday stalled pipeline workers and pulled more than 20 Massachusetts State Police troopers into the area.

A total of 10 activists were arrested at or near the local Tennessee Gas Pipeline Co. headquarters on South Beech Plain Road, a dirt road that intersects a farm and the company's nearly completed and existing natural gas pipelines.

Protesters from both Sugar Shack Alliance and a water protector camp in Central Massachusetts began the blockade around 11 a.m. while another group that dubbed themselves the "pink police" knocked on the door at company headquarters, and presented a mock arrest warrant for Kinder Morgan Executive Chairman Richard Kinder and former Vice Chairman William Morgan.

Kinder Morgan is the parent company of Tennessee Gas.

Four activists were arrested in that incident, and from inside police cruisers continued to shout "mni wiconi," which means "water is life" in Lakota, and is the watchword for resistance against fossil fuel infrastructure.

Another group of six protesters were arrested for blocking the road, which held up company contractors and at least one local resident.

When asked why continue the protest actions when this four-mile stretch of the company's larger natural gas storage spur is nearly complete, protesters said it wasn't over yet.

"The gas is not yet in the pipe," said Susan Bryant, an Otis resident.

Sugar Shack activist Ron Coler agreed and said the point was to "keep the issue present in people's minds."

"We are water," came another shout from inside a police cruiser.

A company spokesman previously told The Eagle the company respects the rights of activists to protest peacefully.

More than 70 arrests have been made since early May when Tennessee Gas began tree cutting in Otis State Forest to make way for this section of its 13-mile Connecticut Expansion Project that will also run through parts of New York and Connecticut.

The project has been packed with controversies that range from whether the extra gas is needed to the company's use of about two miles of what is state-owned and protected land. This will be a third gas line in an existing corridor with three other pipelines built before the state bought the land and put it under constitutional protection.

Sandisfield resident Susan Baxter sat on a small tractor she had driven to the scene of the protest and hoisted a Federal Energy Regulatory Commission document for an erosion control and revegetation plan for such projects. In her other hand was a sign that said "stick with the plan!"

About five activists who participated in the Standing Rock North Dakota entrenchment have been coming to the Otis State Forest protests. Some have joined water protector camps around the country after being forced from the Standing Rock Sioux reservation, where they tried to stop construction of the Dakota Access pipeline.

One former Standing Rock protester, Micah Lott, is a Northern Arapaho man from the Wind River Indian Reservation in Wyoming. He was arrested here for the second time Wednesday.

And Antoine American Horse is from a town on the Standing Rock reservation. When asked why he came all this way to protest this pipeline, he said it is about the larger movement of indigenous and other groups pulling together and continuing the work that began at Standing Rock.

"We're starting a new relationship," he said. "This is something lasting nationwide and on a global scale. It's catching on. We're able to do anything as long as we come together."

"We're doing it for everybody," he added.

State police Capt. John Penniman said yet another unpredictable protest had required him to pull many on-duty troopers from other deployments.

"We have to hope for the best and plan for the worst," he said, with a large cluster of troopers, and a long line-up of cruisers and other police vehicles behind him.

(the name of one activist was still unknown