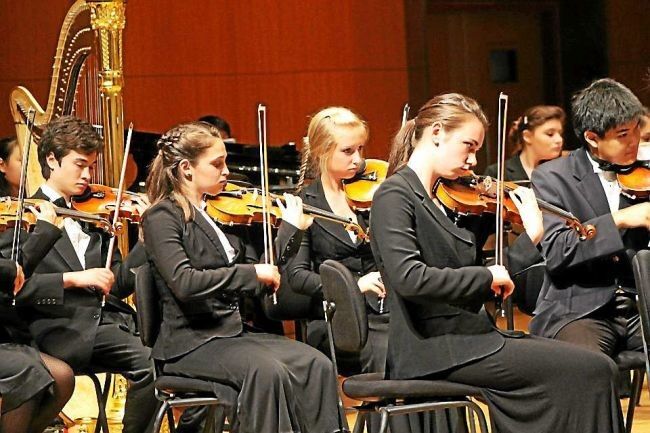 Recent Monument Mountain Regional High School graduate Hannah Cohen, second from left, is a violinist like Daniel Pearl, the namesake of the memorial scholarship she has earned. 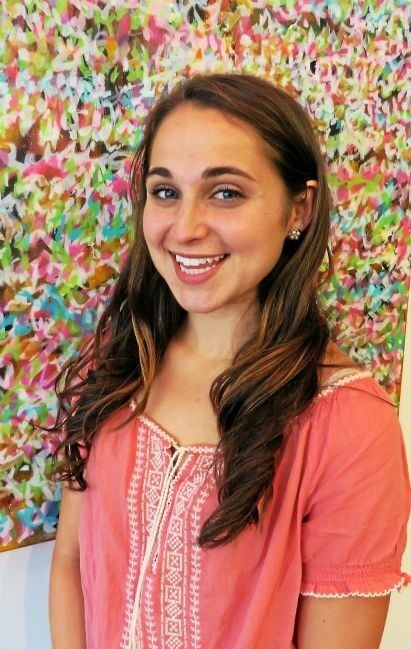 Recent Monument Mountain Regional High School graduate Hannah Cohen, second from left, is a violinist like Daniel Pearl, the namesake of the memorial scholarship she has earned.

LEE — Though of different lifetimes, this year's Daniel Pearl Berkshire scholar, shares a bond with the scholarship's namesake — love for the violin.

A recent graduate of Monument Mountain Regional High School, Hannah Lynn Cohen, said she first became aware of the instrument through an unlikely introduction, a pair of shoes.

"When I was 2, at my cousin's wedding, there was a string quartet. But being 2, I was at shoe level when I noticed this violinist and her amazing shoes. From that moment I knew I wanted to be a violinist and begged my mother to let me play," Cohen, the daughter of Daniel and Stephanie Cohen of Lee.

Hannah Cohen finally got her wish at age 4, when she began taking lessons. When she was 8, she studied violin under inaugural Pearl scholar, Kathryn Anderson. Cohen will continue her studies and practice this fall when she begins pursuing a bachelor of music degree in violin performance at Boston University.

The Pearl scholarship is awarded annually to a Berkshire area student who intends to follow one of Daniel Pearl's twin passions, music and journalism.

Pearl was reporter for the former North Adams Transcript and The Berkshire Eagle. He was serving as the south Asia news bureau chief for The Wall Street Journal in 2002, when, while he was pursuing a story on acts of terrorism, he was kidnapped and ultimately murdered.

The Daniel Pearl Foundation was established by Pearl's family and friends to continue his life work by promoting cross-cultural understanding through journalism, music and dialogue.

In her essay answering that question, Cohen described her senior project, in which she developed at Muddy Brook Elementary School a version of "El Sistema," a social justice program that works by bringing musical education to low-income and at-risk students.

"I plan to continue to use my music to effect positive change in my community, as well as the broader world, for the rest of my musical career," Cohen wrote.

In 2012, she toured China and South Korea with the Empire State Youth Orchestra, with which she has played first violin since 2011.

"While we were there, we performed for members of a former leper colony. We were told that for many of them, it was their first time hearing live music. Despite missing hands and limbs, at they end they all stood up and clapped, however they could move," said Cohen. "Music can help people in more ways than we realize."

Cohen has played in several musical ensembles, including The 4 Trio she formed with her sister, Sophie, and friend Noah Krauss. Among her musical honors, she was a first-place winner in the 2014 Uel Wade Music Scholarship Competition and 2015 Holyoke Civic Symphony Concerto Competition, respectively. She has worked with Berkshire Summer Music and will return to California Summer Music next month.

Cohen was a member of the school's track and field and cross-country teams, and volunteered with Special Olympics, the Religious Action Center Program in Washington, D.C.; Hospice Care of the Berkshires, and Hevreh of Southern Berkshire.

She said, "I like giving back because music has given me so much."