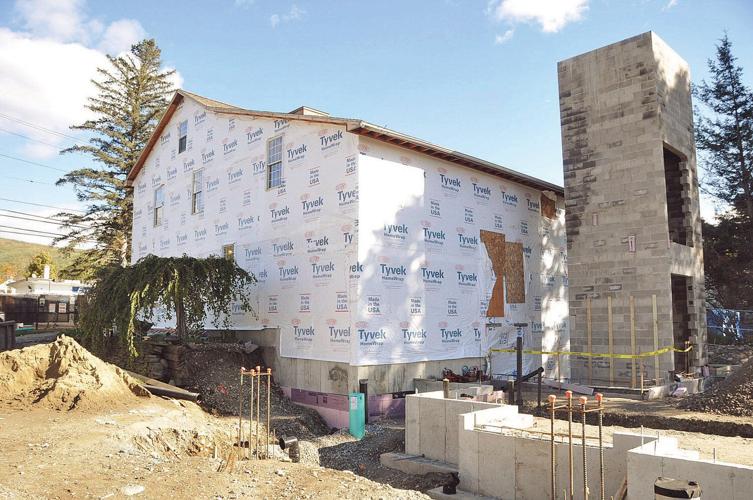 A state grant will help pay for the installation of a new communications system after the renovation and construction of the new Williamstown Police Department on Simonds Road. 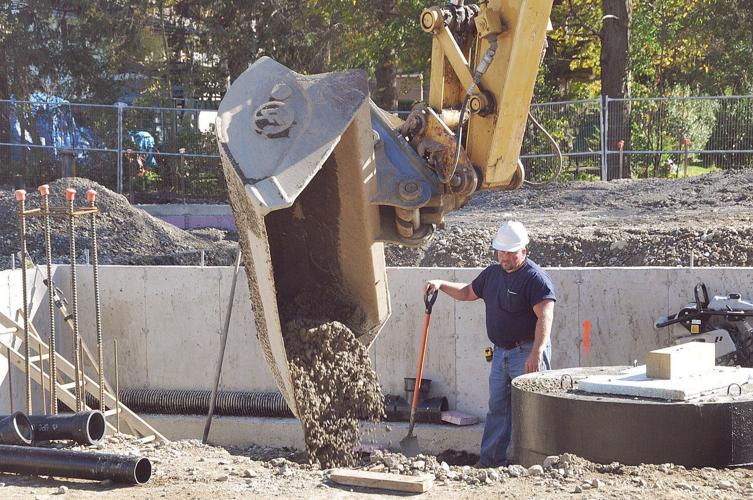 A worker pauses for a concrete pour Friday during renovation and construction of the new Williamstown Police Department on Simonds Road.

A state grant will help pay for the installation of a new communications system after the renovation and construction of the new Williamstown Police Department on Simonds Road.

A worker pauses for a concrete pour Friday during renovation and construction of the new Williamstown Police Department on Simonds Road.

WILLIAMSTOWN — A state grant for $250,000 has added the final component of financing for the project to build a new police headquarters on Simonds Road.

The recipients of the 2018 Housing Choice Capital Grant Program were announced Friday. Included in the list was Williamstown for a grant of $250,000 to fund the purchase and installation of dispatch and communications equipment. The purchase will include antenna systems at the new site and relay improvements back to additional controls that will remain at Town Hall.

Town Manager Jason Hoch said the grant was the final piece of the project's funding puzzle.

"We knew that was an open issue," he said. "We knew we needed to figure that out before the building opens, but not part of the construction contract. So this grant was ideal."

Hoch said he and Community Development Director Andrew Groff wrote the grant application in July. The funds will go toward the $280,000 cost of the equipment and installation.

Part of the grant requirement is that the recipient provides matching funds to the cost, which comes to the $30,000 difference between the grant amount and the actual cost.

"We knew we had strong eligibility," Hoch said. "The timing was excellent, and we were in the sweet spot to make it work. To be able to have a pool of funds like this for capital improvements is a great resource."

The way this grant worked out so perfectly is consistent with the smooth way the project has been unfolding, he added.

"It has been like this for the entire project," Hoch said. "Everything has gone better than expected. So far I've been pleased with the whole thing."

The estimated cost of the new Williamstown Police headquarters construction is $5 million. The need for new space has been an issue since the early 2000s. The project started when town voters approved the $300,000 purchase in 2017 of Turner House, a former home for veterans at the intersection of Simonds and Sand Springs roads. It is about 5,589 square feet and an addition is planned to be roughly 5,706 square feet.

The addition at the rear of the existing building would house essential services like the dispatch center, armory, sally port and holding cells, while the existing structure would be used as offices, evidence storage, meeting/training rooms and locker rooms.

The Williamstown Police Association has been seeking improved working space for some time, maintaining that it is a matter of safety for officers and detainees, and about improved privacy for victims consulting with investigators.

The cramped, three-story structure occupies about a third of town hall, which was converted from a 1927 Phi Gamma Delta fraternity house in 1966. It houses 11 full-time police officers and six dispatchers.

The interview room is audible from much of the station, totally inadequate for interviewing victims of sex-based crime. Evidence and stolen goods storage share space with the locker facility in the basement, which once served as the fraternity's party room, complete with unused bar.

The two holding cells are also in the basement, only accessible by a narrow set of stairs from the main floor. The existing station hosted 132 individuals in the detention cells in 2016, and an additional 13 people for protective custody.

The grant was part of nearly $5 million in awards to 31 communities under the Housing Choice Initiative — an effort to support the creation of 135,000 new housing units by 2025 to meet the housing needs of Massachusetts families.

"Our administration is focused on developing a healthy housing market for Massachusetts' long-term success, with diverse housing options that are affordable for families and residents across the income spectrum," Gov. Charlie Baker said in a release.

"The Housing Choice Initiative is a bold, multipronged effort to address the issue, from legislation to grant programs. We are thrilled to celebrate another Housing Choice milestone, and continue to look for opportunities to partner with municipalities to further our shared goals of an inclusive Commonwealth that meets the needs of our residents, and enables them to thrive."