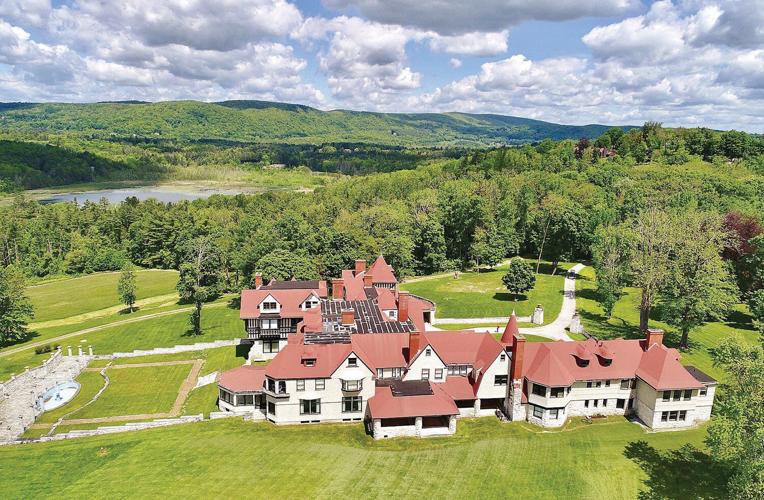 This week, resort developer Front Yard LLC asked the Stockbridge Select Board for another one-year extension of the special permit first granted in September 2014 for Elm Court in Lenox. The permit allows for a 112-unit hotel on the 90-acre estate. 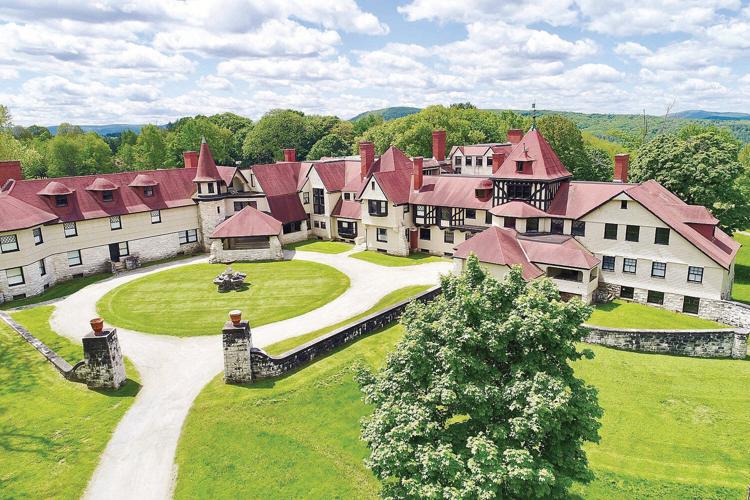 This week, resort developer Front Yard LLC asked the Stockbridge Select Board for another one-year extension of the special permit first granted in September 2014 for Elm Court in Lenox. The permit allows for a 112-unit hotel on the 90-acre estate.

STOCKBRIDGE — The $50 million renovation at the 1886 Elm Court mansion expected to begin this spring now has been pushed off until next year.

This week, resort developer Front Yard LLC asked the Stockbridge Select Board for another one-year extension of the special permit first granted in September 2014. The permit allows for a 112-unit hotel on the 90-acre estate, including 16 existing suites in the Gilded Age mansion. The additional 96 rooms would be in an annex linked to the main house. The plan includes a 60-seat public restaurant and 15,000-square-foot spa. Front Yard bought the manse seven years ago from the Berle family for nearly $10 million.

The request from the developer's local attorney, Nick Arienti, was cited briefly at Monday night's Select Board meeting.

Arienti's three-page letter seeks an extension to Sept. 6, 2020, so Front Yard, the developer for Travaasa Experiential Resorts, can undertake planning, coordination, preparation and construction in 2020.

A similar request for an extension was delivered to the Lenox Zoning Board of Appeals on Monday. The permit in that town, which is only valid for Front Yard, expires July 17. The extended permit, if approved by the ZBA, would run until Nov. 10, 2020.

Special permits are required from both towns because 87 of Elm Court's 90 acres are in Stockbridge, while 3 acres making up the entrances and road frontage are within Lenox.

Previously approved permits and extensions required substantial construction to begin within the designated time span, except for "good cause," such as ongoing legal or logistical complications.

The most recent stumbling block has been during the project's first phase, for an estimated $4 million upgrade and extension of water and sewer lines along Old Stockbridge Road in Lenox as well as road resurfacing, paid by the developer, as required by the special permits.

It has been a long and winding trail for the high-end hotel to be operated by Travaasa. Front Yard and Travaasa are affiliates of the Denver-based Amstar Group international real estate investment management company. Travaasa also has a resort in Hana, Hawaii, but last year its Austin, Texas, hotel was sold to Hyatt Hotels' Miraval Group, which is renovating and expanding Cranwell Resort in Lenox.

Adam Hawthorne, Travaasa president, has not been available for comment since Tuesday.

Arienti's nearly identical letters to both towns detail how the project has been delayed time and again by legal entanglements, namely a lawsuit filed by eight neighbors of Elm Court after the Lenox ZBA voted 4-1 on June 29, 2015, to approve a special permit, with a long list of special conditions.

The lawsuit against the zoning board and Front Yard was filed in Massachusetts Land Court on Aug. 3, 2015. The court ruled against the neighbors July 17, 2017, but the project opponents then moved on to the state Court of Appeals, which dismissed the case once and for all Nov. 10, 2017, after a private settlement between the developer and the neighborhood group.

During the litigation, Arienti's letters pointed out, Front Yard could not begin work on the Elm Court property because it did not have legal access to the grounds through the entrance within Lenox. As a result, he wrote, the project's preparations, including financing, "ground to a halt."

Once the lawsuit was dismissed, the letters stated, "Front Yard was eager to begin work on this project and did indeed resume pre-construction preparation work."

That preparation included coordination and planning with the town of Lenox on the utility upgrades along Old Stockbridge Road, paid for by Front Yard, with Allegrone Construction as the general contractor.

But, the letter stated, "the highly complex coordination of the numerous elements of this project, including ongoing efforts to value-engineer the design, requires additional time before Front Yard is ready to begin with comprehensive construction in a logical, economical and efficient manner."

The special permit extensions would allow Front Yard "to continue to more effectively plan, coordinate and prepare for commencement of construction in 2020," the letters to the Stockbridge and Lenox boards say.

A page on Travaasa's website describes Elm Court as a "perfect fit" for the Travaasa brand, built "on the premise of creating memorable travel experiences in inspirational, irreplaceable locations, celebrating the uniqueness of a place and its people."

Travassa describes the historic property as "a gorgeous estate with truly unique character, significant history and a passionate community. Our team has spent years working on a plan that celebrates the beauty and charm of the property, and we're ecstatic to begin making our vision a reality."

Billing the "addition to the family, coming soon" resort as Travaasa Berkshire County, the company lists its priorities:

- Renovate and preserve the current mansion as main element on property;

- Tuck a visually cohesive new wing down the hill and into the woods;

- Protect views for abutters, from the mansion, from the Stockbridge Bowl and around the property;

- Create a single structure that is shorter, smaller, connected to and behind the mansion.

The ballpark construction window has been described as 18 months, not including winter-weather delays.

For Stockbridge, a $350,000 one-time building permit fee has been projected, along with up to $800,000 a year in property and lodging tax revenue after completion of the resort. Travassa has estimated an annual payroll of at least $3 million, based on 100 jobs with an average annual salary of $36,000.

Travaasa has predicted a 6 to 7 percent profit margin based on year-round room occupancy averaging 60 to 70 percent, compared with the Berkshire lodging industry average of just over 50 percent.

The architect for the main mansion is listed as Pamela Sandler, of Stockbridge, while Johnson Braund, based outside Seattle, is cited as the architectural firm for the 96-room addition. White Engineering, of Pittsfield, is the civil and environmental engineer, while Fuss & O'Neill's Springfield office has conducted traffic studies, peer-reviewed by consultant Tighe & Bond of Westfield.