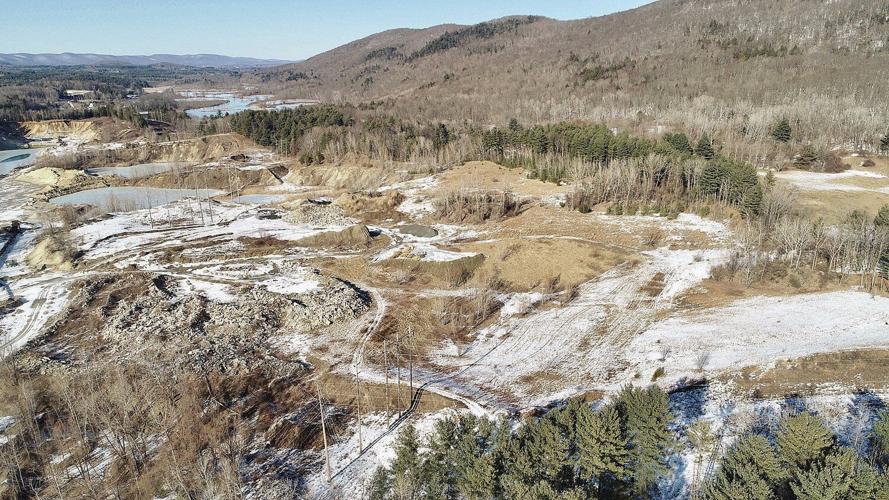 Under the terms of the revised Housatonic River cleanup agreement, General Electric Co. will be permitted to dump more than 1 million cubic yards of contaminated material in a 20-acre landfill at this quarry in Lee. Woods Pond, which is just north of the site, is visible in the upper left portion of the photo. 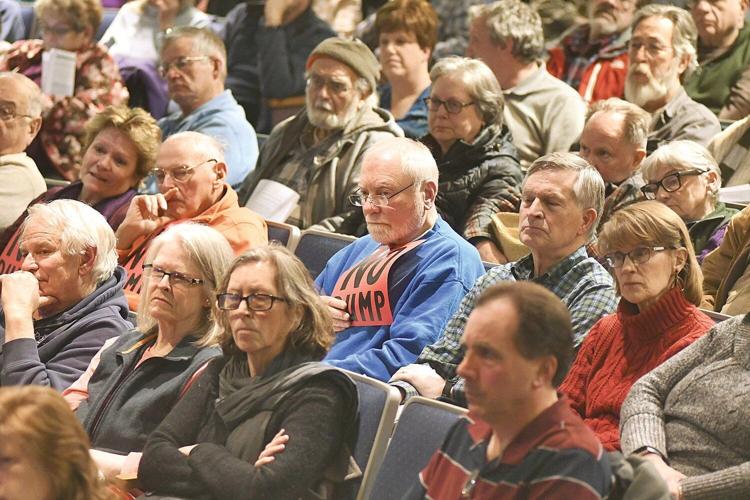 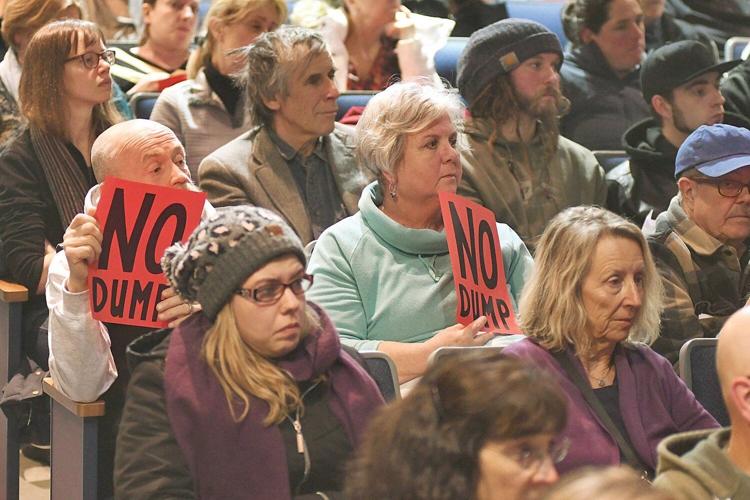 Under the terms of the revised Housatonic River cleanup agreement, General Electric Co. will be permitted to dump more than 1 million cubic yards of contaminated material in a 20-acre landfill at this quarry in Lee. Woods Pond, which is just north of the site, is visible in the upper left portion of the photo.

Some questions about the Rest of River deal floated to the top this week, during a series of public meetings.

Under the agreement signed this month, General Electric Co. will remove PCBs from the Housatonic River, shipping 100,000 cubic yards with the highest level of contamination to an out-of-state site and placing the less-contaminated soils in a new landfill in Lee.

The agreement also includes $63 million from GE to the affected communities.

What follows are nine takeaways from those meetings:

Q: Why dredge it up?

PCB hot spots remain, and officials say they pose an enduring risk to the health of the river and the people interacting with it.

Q: What effect will the PCB dump have on property values in Lee?

Construction might deter new buyers for a while, but property values should rise once the river is clean, said Pat Carlino, a Select Board member in Lee.

Q: Landfills that typically hold materials containing PCBs — where are they, and how do they compare to what's planned in Lee?

Bryan Olson, director of the Environmental Protection Agency's Office of Site Remediation and Restoration, said there are a dozen chemical waste landfills throughout the country, and they all are commercially operated. The closest is in Model City, N.Y. The next closest site is in Belleville, Mich., and there are several in Texas and two in Utah.

Olson told crowds this week that these sites exist in populated areas, and that there is no difference between them and the landfill planned for Lee.

Q: What is leachate?

Leachate is the lightly contaminated water that will leach to the bottom of the landfill and into a storage tank.

Crews will remove as much moisture from the soils as possible, Olson said, but some will remain and will slowly make its way down to the bottom of the landfill. There, a collection system will filter and store it until it can be sampled and discharged.

PCBs are more likely to stick to the soils, he said — that's why they still are buried in the river and haven't washed away — and so the landfill shouldn't leach at high levels. Still, the leachate will move through carbon filters before it is collected in a tank. Once samples show that the water is decontaminated — and only then, Olson said — it will be discharged back into the river.

Q: What protections will there be on trucks carrying contaminated soils by people's houses? How vulnerable are those residents?

The area around the landfill is not heavily populated, Olson said, and the plan would be to identify the least impactful routes for trucks going in and out of the landfill site. The dredging work is slow, he said, and so truck trips will be spread out.

PCBs are not as acutely hazardous as asbestos, which causes health problems at very low levels. Still, he said, crews will handle the material as if it is.

Airborne exposure is only a concern around the work site, he said, and that's why there will be air monitoring throughout the process. The work will stop if high levels of PCBs are found in the air.

Q: How long will the landfill's liner protect the surrounding soil?

Layers of thick plastic at the bottom of the landfill "will last a really long time," Olson said. While PCBs will last longer, the hope is that the liners will last long enough to buy the EPA time to explore new technologies that could render the toxin inert.

Under the agreement, the agency will commit an unspecified amount of money to that work.

Q: Where else can we find soil as contaminated as what will be in the landfill?

The landfill will hold soils contaminated at concentrations of 20 to 25 parts per million, Olson said. Concentrations of 50 ppm or higher require specialized disposal under the federal law.

Soils contaminated at the same levels as we'd see in the landfill can be found in low-occupancy industrial areas around the country, Olson said.

Risk comes with lasting exposure, which comes from interacting in the soil. That's why anything higher than 1 part per million would be above thresholds for backyards, where people are more likely to get their hands dirty.

The EPA secured a $150 million surety bond to cover itself in the event GE is unable to continue with the cleanup, said an EPA attorney, and he is confident that the company's cleanup obligations would be given priority if pursued under bankruptcy law.

And the EPA would pursue it, officials for the agency said this week.

As for the money owed to southern Berkshire towns, Sheffield Selectwoman Rene Wood said GE will place $55 million in an escrow account in a matter of weeks.

By signing the agreement, the EPA agreed to incorporate "relevant language" from it into a draft permit for the cleanup and put it out into the community for a public comment period. That period will come this spring.