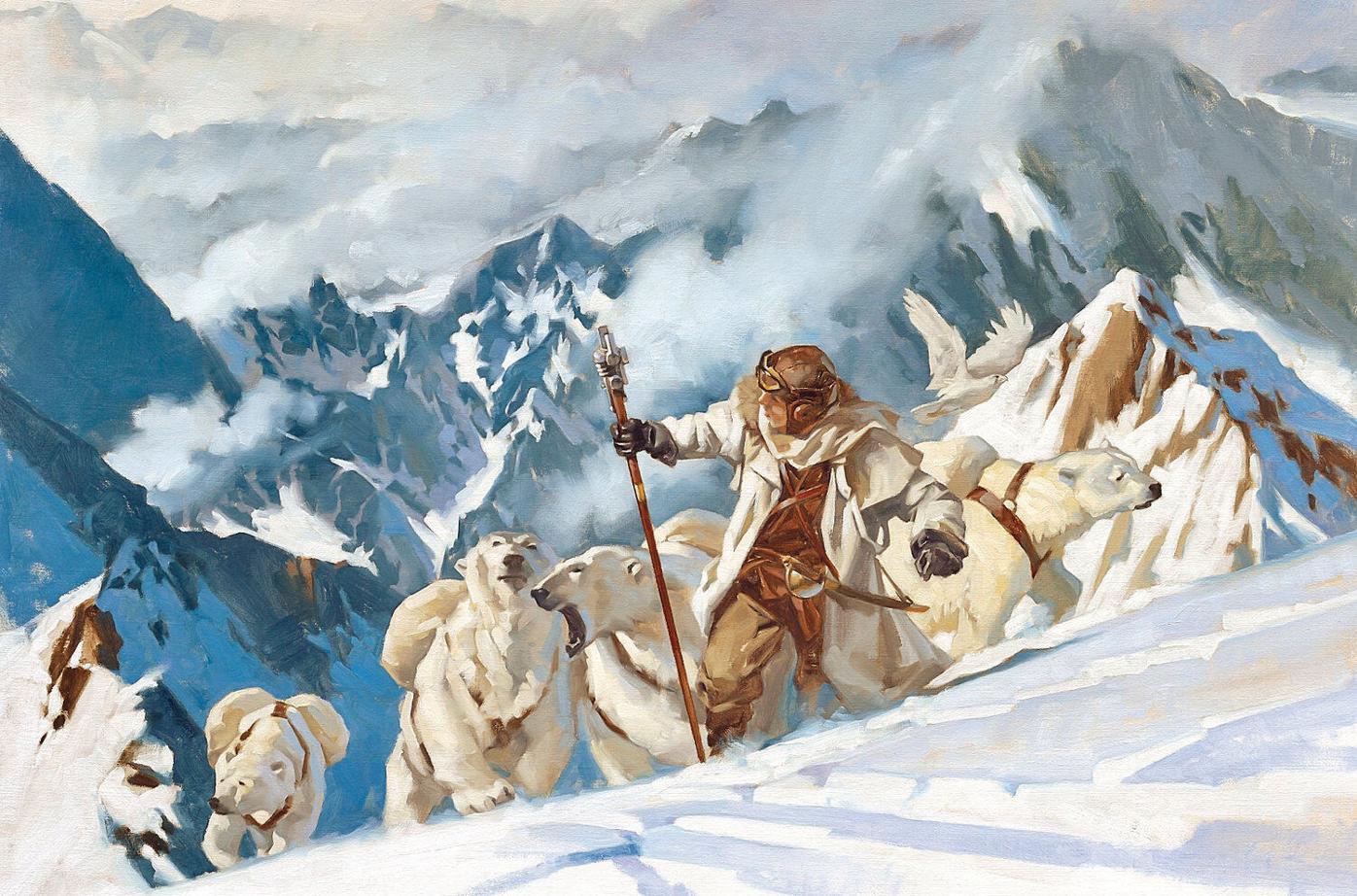 Gregory Manchess. Illustration from 'Above the Timberline,' 2017. Published by Saga Press.

Gregory Manchess. "Bears Appear," 2017. Illustration from 'Above the Timberline,' 2017. Published by Saga Press. 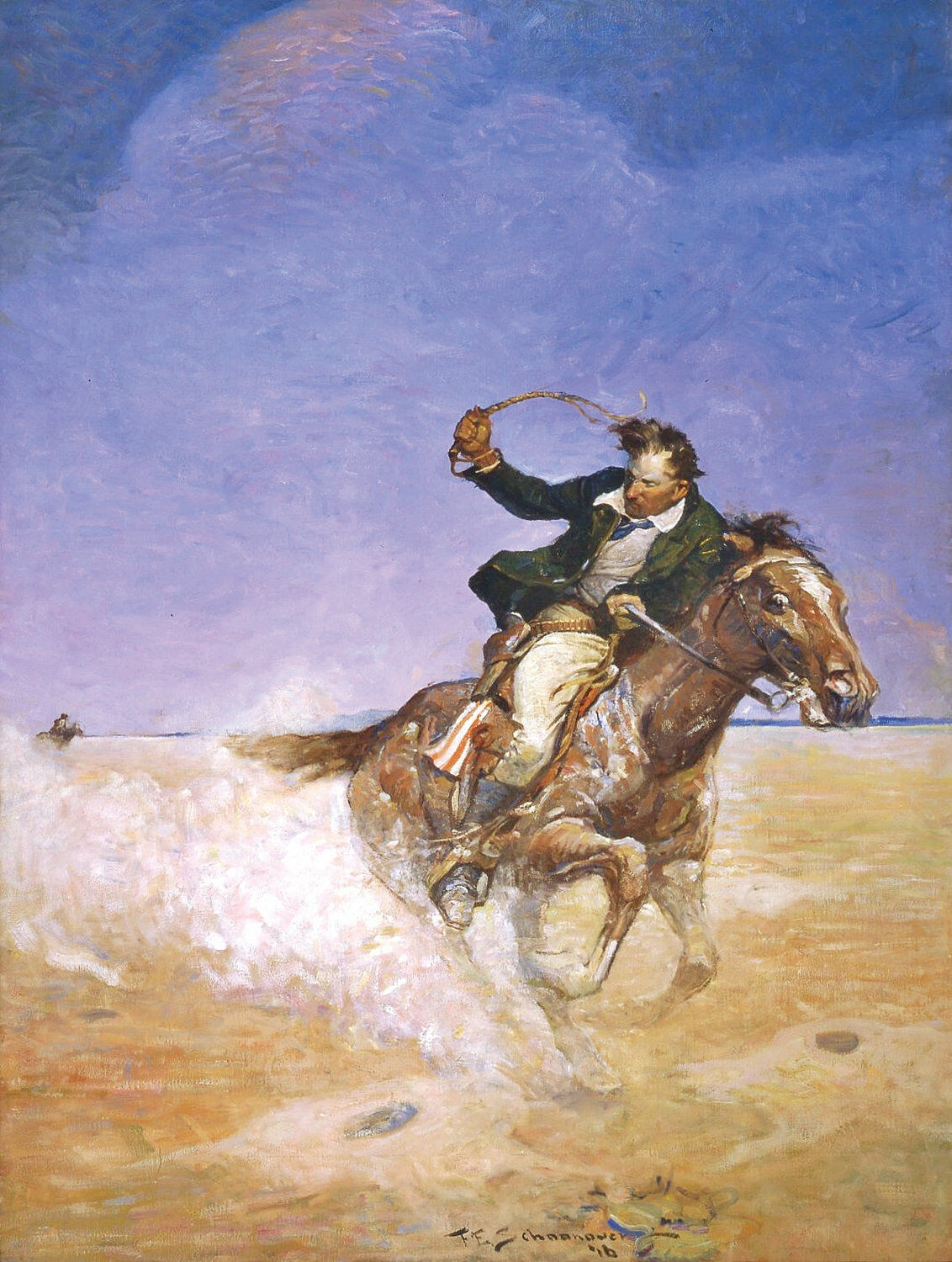 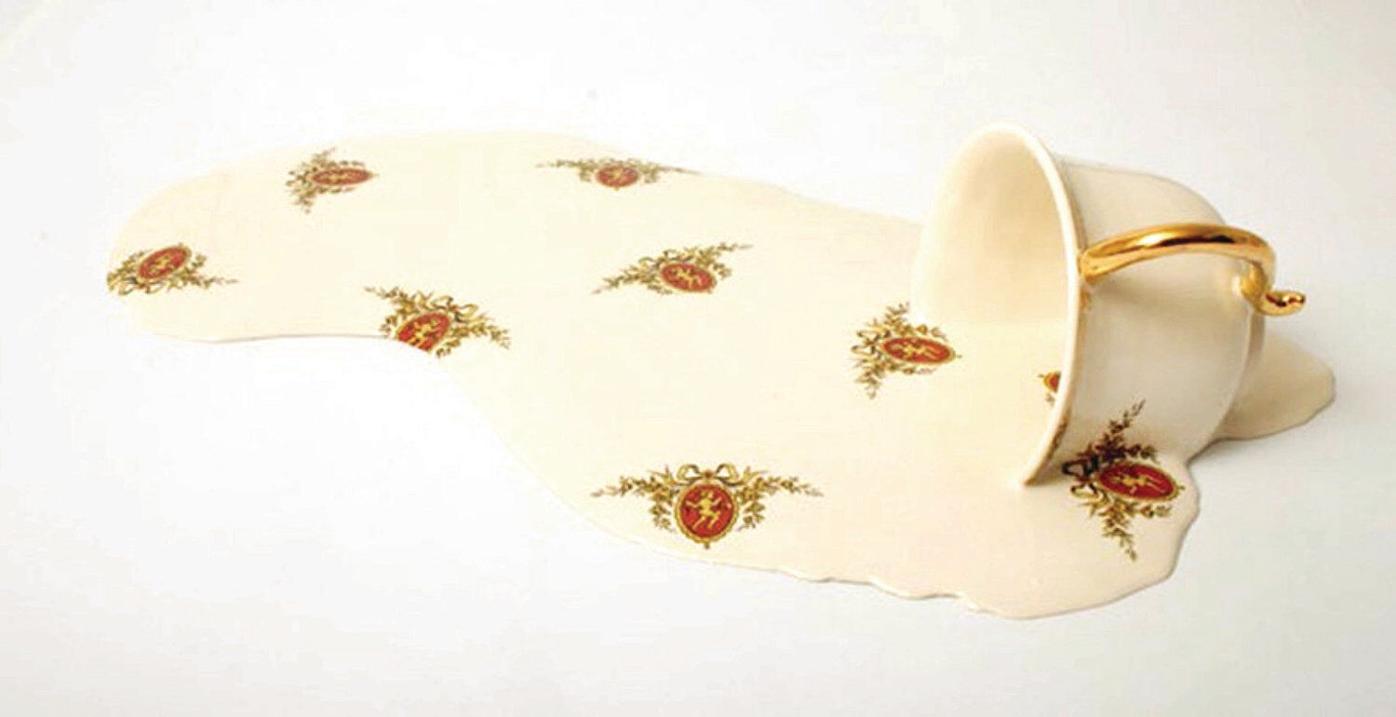 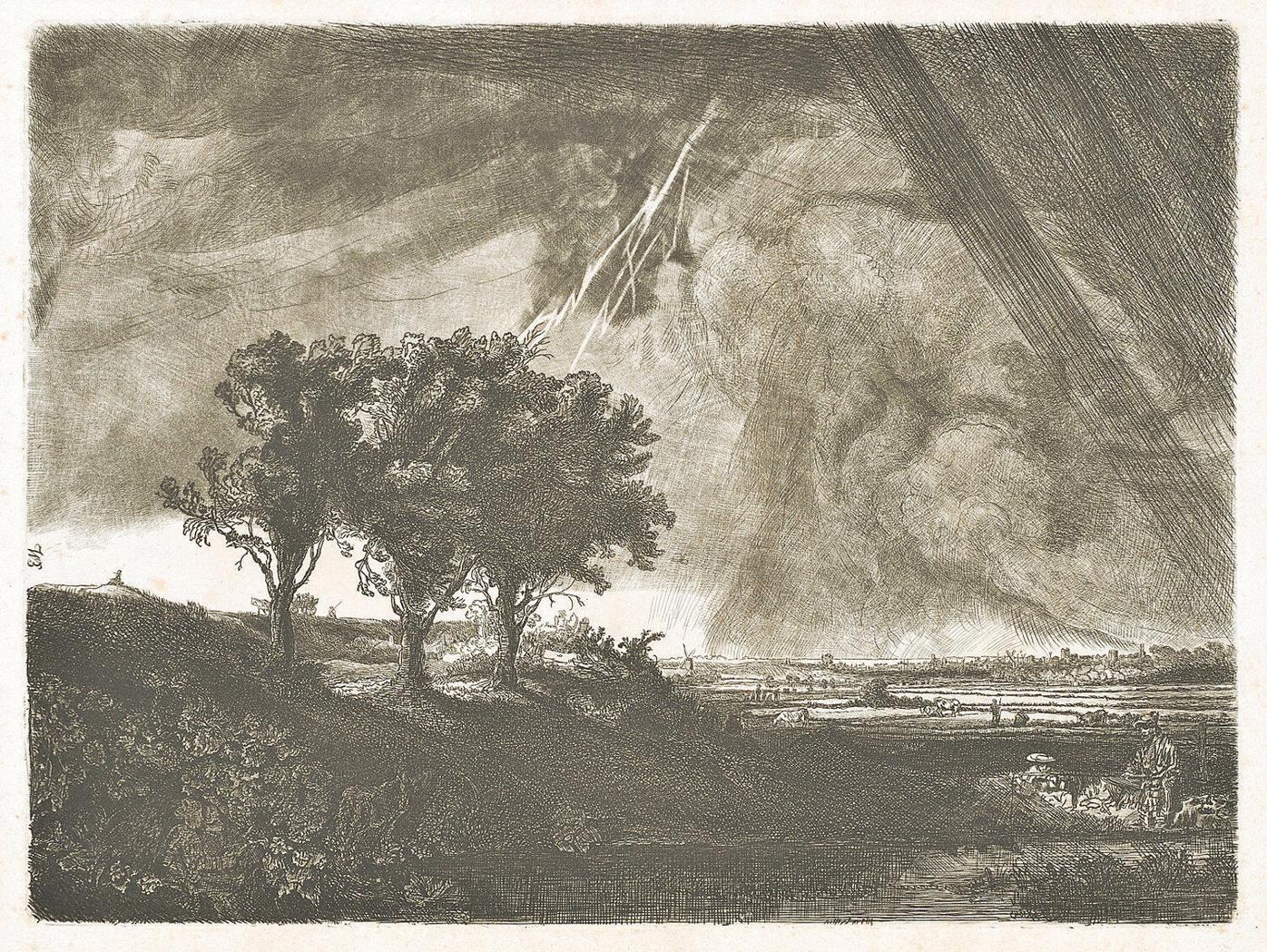 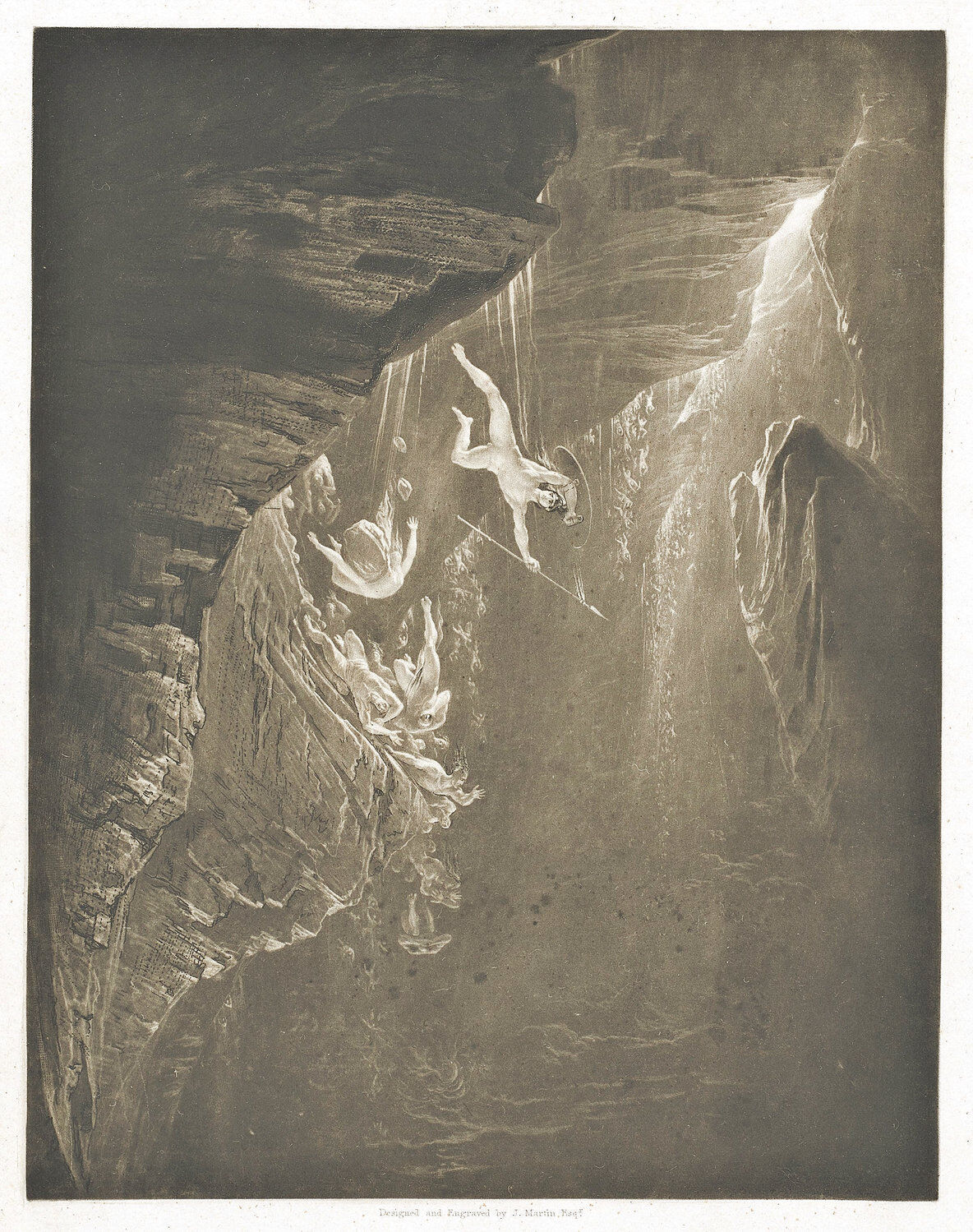 Gregory Manchess. Illustration from 'Above the Timberline,' 2017. Published by Saga Press.

Gregory Manchess. "Bears Appear," 2017. Illustration from 'Above the Timberline,' 2017. Published by Saga Press.

Autumn in the Berkshires begins with small pops of color dotting the hillsides, before the foliage, on a whole, bursts into opulent arrays of reds, yellows and oranges. New exhibitions will roll out in galleries and museums across the county in a similar fashion this fall.

The first "pop of color" in the fall arts scene came a few days before the autumnal equinox, with the opening of "Kay Sage: Serene Surrealist" at Williams College Museum of Art on Sept. 20.

The exhibit, which runs through Jan. 13, 2019, is a recreation of Sage's 1950 show with the Catherine Viviano Gallery in New York City. A season celebration of the museum's fall shows will be held Oct. 18 at 5 p.m.

"It was her fourth solo exhibition, but the New York show was a very important moment for her," guest curator Jessie Sentivan said during a recent phone interview. "It was at this point, that we see a shift stylistically in her work. The really lovely thing about this particular group of works is that it was an introduction into her mature works — stylistically, it was very different."

The paintings in the 1950 exhibition demonstrated a shift to diffused light, scaffold-like elements, and subdued colors — qualities for which Sage became best known. Sage, herself, referred to her work as "half-mechanical, half-alive."

"She's a really important artist in the cannon of art history," Sentivan said. "While classified as a surrealist, her work has its own iconography. Her work was unique in a way from many of the surrealists at the time. Her paintings aren't necessarily landscapes or still lifes, but interpretations ... They are beautiful, mesmerizing and haunting. What's special about her is that she's skilled in her craft and that alone, in this space is, incredible to see."

The WCMA show, she said, is timed to coincide with the release of the "Kay Sage Catalogue Raisonn ," published by Prestel, on Oct. 16. Sentivan, who did a two year stint at WCMA, worked on the catalogue, on an independent basis, for eight years.

"When I was working at WCMA, we would talk about what a Kay Sage exhibit might look like — what catalogue raisonne would look like on the wall," she said.

"Because I had been working on the catalogue, I knew where the painting were," she said. "Only one of the paintings ['Page 49'] is owned by WCMA. The others are on loan from other museums and private collections."

Sage, one of the few female surrealist painters, was an established artist in her own right, but her work is often overlooked. It was often eclipsed during her lifetime by that of her husband, Yves Tanguy.

"We're hoping that will change with this exhibition and the catalogue coming out," Sentivan said, noting that recent scholarship posits that the influence, stylistically, was mutual and that Sage's work was distinct from Tanguy's.

Following close on the heels of the WCMA opening, are "SPECTRUM," at MCLA Gallery 51, "Canary Syndrome," at Ferrin Contemporary and "In The Retelling," at the Cynthia-Reeves gallery, all which open in tandem with the final DownStreet Art of the year.

SPECTRUM will explore the gender continuum — cultural and social issues of gender roles, norms and identification. The work will examine masculinity, femininity and gender identifications between and outside of this binary.

Featuring 30 national and international artists, the show opens on Thursday, with a reception from 5 to 8 p.m., and runs through Nov. 18.

"This exhibition turns to the ability of artists to confront the status quo and challenge cultural standards, providing a framework for discussion and change through visual arts," said Arthur De Bow, curator of MCLA Gallery 51, in a statement.

"Canary Syndrome," a group exhibition opening on Thursday at Ferrin Contemporary, with a reception from 5 to 7 p.m., draws inspiration from the historic adage "a canary in the coal mine" and the idea that "like canaries, artists are hypersensitive to the forces threatening human existence."

The nine artists, according to a statement, visually explore threats to the environment, culture, ethics and civilization in general. Their work "introduces and exaggerates the notion of the flaw, the crack, the mistake and the debris within the precious world of ceramics and fragile glass."

"In The Retelling," Brooklyn-based artist Allison Gildersleeve will create an on-site collage installation at the Cynthia-Reeves gallery, located at 1315 Mass MoCA Way in North Adams.

Gildersleeve, who recently completed a month-long residency in London, will develop her collage installation from Sept. 25 to 29. The gallery will be open to the public during the creation of the collages, including a reception on Thursday, from 5 to 7 p.m. The public will be able to interact with the artist and observe the creation of the large scale collage work. An artist's reception will take place on Saturday from 5 to 7 p.m. The exhibit will be on view through Nov. 3.

The Berkshire Art Association's biennial juried art show opens in tandem with the October installment of Pittsfield's First Fridays Artswalk on Friday, Oct. 5, with a reception from 5 to 8 p.m.

The exhibit, "Showing Up: For Your Neighborhoods, Communities and Each Other," held at the Lichtenstein Center for the Arts at 28 Renne Ave. in Pittsfield, addresses civic engagement and community in a variety of ways. The show, which features 30 artists from across the Northeast, runs through Nov. 16.

Also opening on Friday, Oct. 5, with a reception from 6 to 7:30 p.m., is "Mass Cast," an exhibition of cast and cut glass works by several leading glass artists from around the state. The show, at Schantz Galleries Contemporary Glass at 3 Elm St. in Stockbridge, features works by William Carlson, Robin Grebe, Sidney Hutter, and Martin Rosol.

The season will end with a splash on Nov. 10, with two shows opening at the Norman Rockwell Museum and an opening in the Eugene V. Thaw Gallery for Works on Paper at the Francine and Sterling Clark Art Institute.

In "Frank E. Schoonover: American Visions," running through May 27, 2019, the Norman Rockwell Museum will explore the importance of the career of the legendary Golden Age adventure painter through the examination of 80 original paintings, drawings and studies, as well as archival photographs and more that will be on display.

Schoonover lived among the Blackfoot tribes of the northern Plains and with Inupiat Eskimos in Alaska, experiences that would help him hone his craft and inspire his art.

The exhibition will feature Schoonover's paintings for such classic stories as "Kidnapped," "Robinson Crusoe," "Swiss Family Robinson," and "Ivanhoe," as well as illustrations for the novels of Zane Grey, which included "Open Range," "Avalanche," "Rustlers of Silver Ridge" and "Valley of Wild Horses."

The novel, set in an alternative future, is the story of the son of a famed polar explorer and his search for his stranded father and a lost city buried in the snow. The artworks that accompany the novel feature sweeping snow scenes filled with polar bears and other arctic images.

At The Clark, "Extreme Nature!," explores how artists in the 19th century responded to the rise of popular science and an increase in the public's interest in both nature and natural disasters.

"When we look at these images, we see this desire to document what is happening and then the desire to see what is happening," said guest curator Michael Hartman in a phone interview. "There's this underlying theme throughout the show of a broad interest in science and how our own human intervention can mitigate disasters; how we can be more prepared."

Inspired by the Currier & Ives lithograph, "The Great Boston Fire, Nov. 9 and 10, 1872," which appeared in "Harper's Weekly," Hartman, a 2018 graduate of the Williams Graduate Program in the History of Art, which is run jointly by the museum, began examining why the image and others like it from the time period, could be "so beautiful, but morbid."

"If you look at the viewpoint, we can almost imagine ourselves floating in the water and with the people in the boats next to us, watching this fire burn all night," he said. "I started looking at that image and began looking at images of other natural disasters. I uncovered this growth in scientific knowledge and a growth in the interest in it, not just marketed to scientists, but to anyone with scientific interest."

During the 19th century, scientific journals introduced subscribers from outside the scientific community to nature's beauty and destructive potential.

The invention of the hot air balloon, he said, contributed to both modern meteorology and an increase in the public's interest in scientific topics such as electricity.

"In 'Three Trees," by William Baillie, we see him rework a print by Rembrandt van Rijn, darkening the sky so it looks more stormy. He adds this lightening bolt, that wasn't in the original, which illuminates how an interest in the atmosphere really picks up a this time," Hartman said.

Other works, such as John Martin's "The Fall of the Rebel Angels, Paradise Lost, Book 1, Line 44," show how artists subtlety included scientific advances into their work.

"'The Fall of the Rebel Angels,' clearly has Christian undertones, but Martin was also a geologist, who was studying paleontology. When we look at this image closely, we can see the different strata of the rock and we can see how he's incorporating his own geological interests into this print for Milton's 'Paradise Lost,'" he said.

The show, which runs through Feb., 3, 2019, is made up of rarely viewed works on paper, photographs and books that are drawn primarily from The Clark's permanent and library collections, with additional material on loan from the Troob Family Foundation, WCMA and Williams College's Chapin Library.