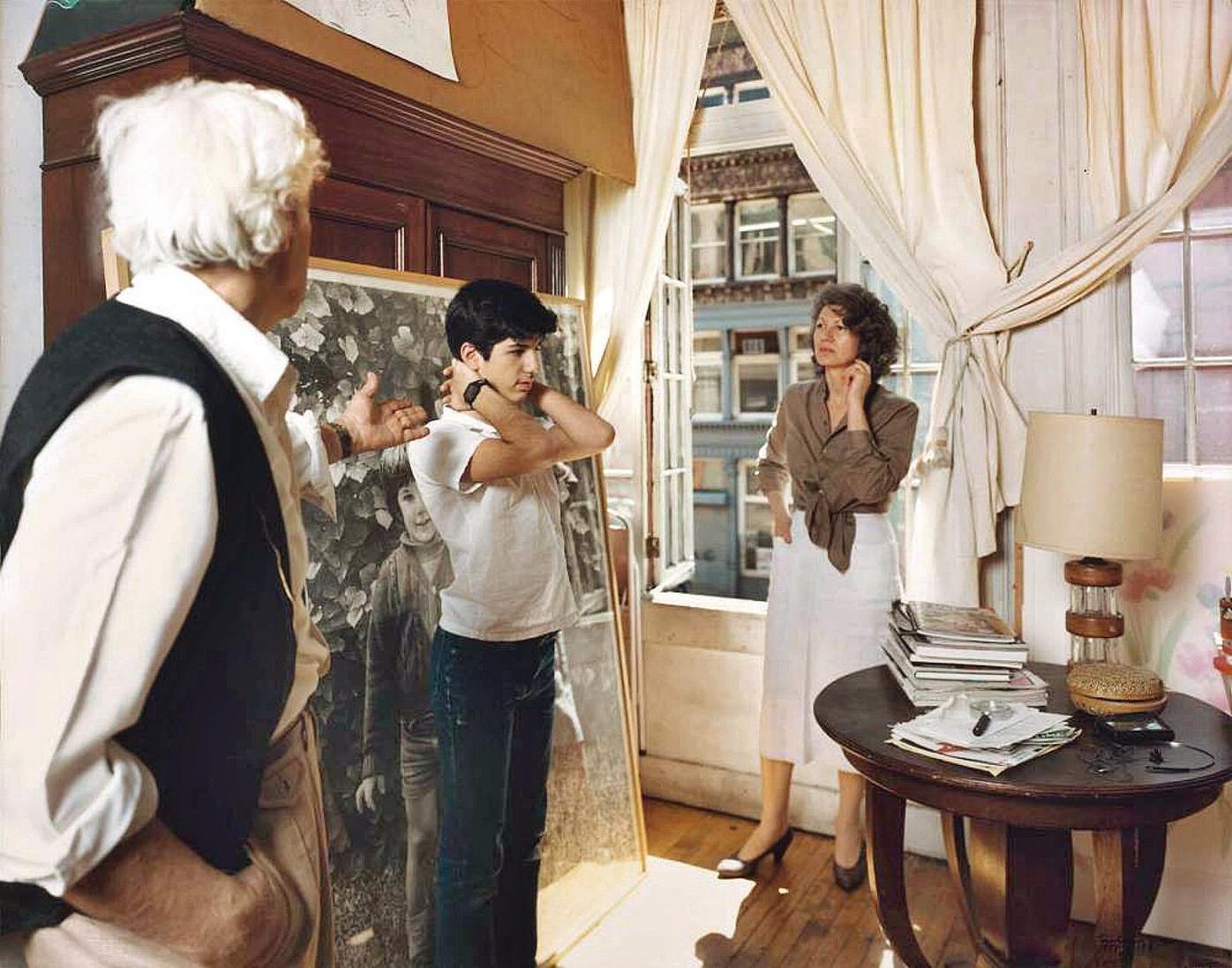 The Son (from "In a Dream..."), by Tina Barney, 1987, is one of the photographs on display in the exhibit, which contains 65 pieces from WCMA's collection. 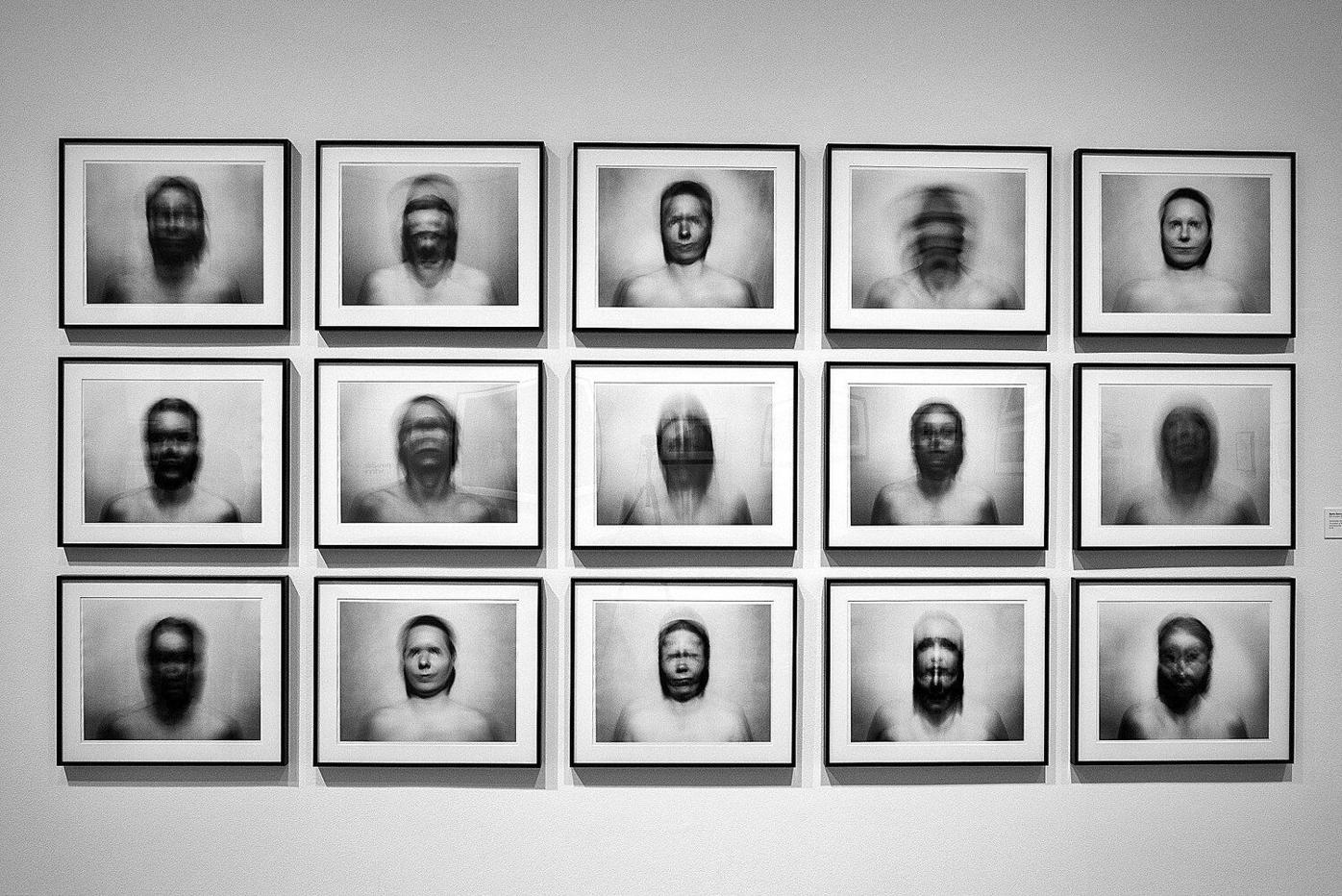 The Son (from "In a Dream..."), by Tina Barney, 1987, is one of the photographs on display in the exhibit, which contains 65 pieces from WCMA's collection.

WILLIAMSTOWN — Amid all the thought-provoking portraiture in the Williams College Museum of Art exhibition, "possible selves: queer foto vernaculars," there's a bulletin board you could find at your local coffee shop. Tacked photos and literature — Dickinson and Hughes, among others — cover nearly its entire surface, but a rectangular open space remains on one end. In its emptiness, someone has scrawled.

"Hello," it says. "This board is meant to give you an intimate sense of the images, memories, and themes that have been on my mind as 'possible selves' took form. It feels important to share in this space that I (the curator) am a queer person of color. Somewhere, in the midst of building the show, I realized my colleagues and I were working on a kind of exhibition I'd never seen before: one where I felt represented on the walls."

The message is signed "Horace," short for Horace Ballard, the lead architect of a show that explores queer identities' influence on portrait photography over the past 60 years. Occupying two galleries through April 14, the exhibit contains 65 pieces from WCMA's collection, including works by Nan Goldin, Andres Serrano and Andy Warhol, as well as about 200 Instagram images. Individuals represented in the latter group consented to being depicted in the display. Ballard and curatorial intern Joseph Messer reached out to roughly 1,500 different accounts initially; 700 responded. Contracts were drawn up for each, a painstaking process that left the curator exhausted.

"It felt like I had run a marathon," he said.

Assembling the items from WCMA's collection came later on in the 22-month exhibition creation process. Works such as Goldin's "Skinhead Having Sex, London," Serrano's "Blood and Semen V," Robert Mapplethorpe's "Lisa Lyon" and an Allen Ginsberg portrait of Jack Kerouac were selected because they foster a "queer aesthetic" that picked up in the middle of the 20th century.

"Queer aesthetics is an umbrella term for those artistic, cultural, and theoretical understandings of the visual that seek to dismantle the myth of the gender binary. It disrupts the relationship between gender identity and gender expression, and disavows the myth that anyone or anything is normal," an information card in The Kroh McClelland Gallery says.

In some of the works, this concept is more abstract, such as in Catherine Opie's untitled photo of icehouses. In others, it's more plain, like in Blythe Bohnen's "Self-Portraits: Studies in Motion." Presented in three rows of five, the 15 framed portraits feature blurred faces that raise questions about gender and race and boundaries. The photos' positioning evokes arrangements in the adjacent 1954 Gallery, where four clusters of 50 or so Instagram photos currently live on walls. For Ballard, Bohnen's work highlights the relationship between queer portraiture's distant and more recent pasts for students.

"It makes the idea of a lineage very clear to them," Ballard said.

While some Warhol Polaroids and disposables are encased near the center of the gallery, social media creators' printed Instagram photos will draw gallerygoers' initial attention. Blank spaces in the grids signify the incomplete sampling method used to find the images; algorithms and recommendations played a large role. The act of presenting these images in a different medium is also important to acknowledge, according to Ballard.

The first grid visitors encounter upon entering the gallery will feel familiar to those who regularly scroll through Instagram — bathroom selfies galore. But there is something far more poignant than vanity to the social media portraits around the room.

"Some images openly grapple with embodied transitions and the shifting (and shifty) realities of loss and transgression," an information card says, "and some celebrate the search for transcendence and joy in the midst of messiness."

Ballard never examined his queer identity through the internet or social media.

"Literature was more my thing," he said.

But as a historian of photography, he recognized selfies' connection to past portraiture; where a less-schooled viewer may see a body, Ballard glimpses Goldin. He wanted to explore this evolution in photography and queer identities.

"Collectively, these works make a claim toward a global and inclusive future," Ballard writes on one exhibit wall.

Unlike past exhibitions he has helped build, the curator felt "at peace" after finishing "possible selves." He could reflect on what he and a few curatorial interns — Messer, Julie Reiter and Al Scarangella — had accomplished, what they had represented.