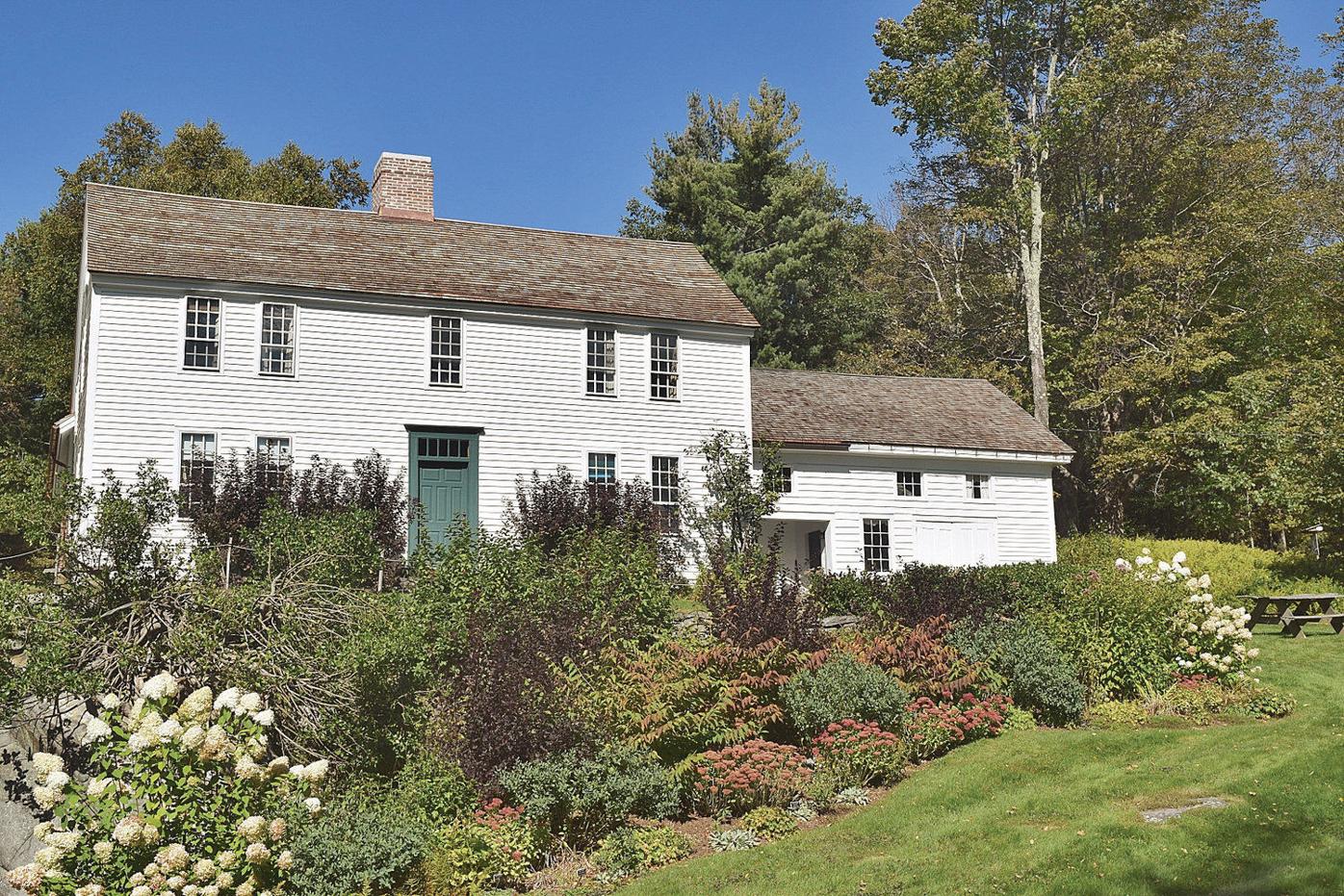 The Bidwell House Museum in Monterey opens for the season Monday. 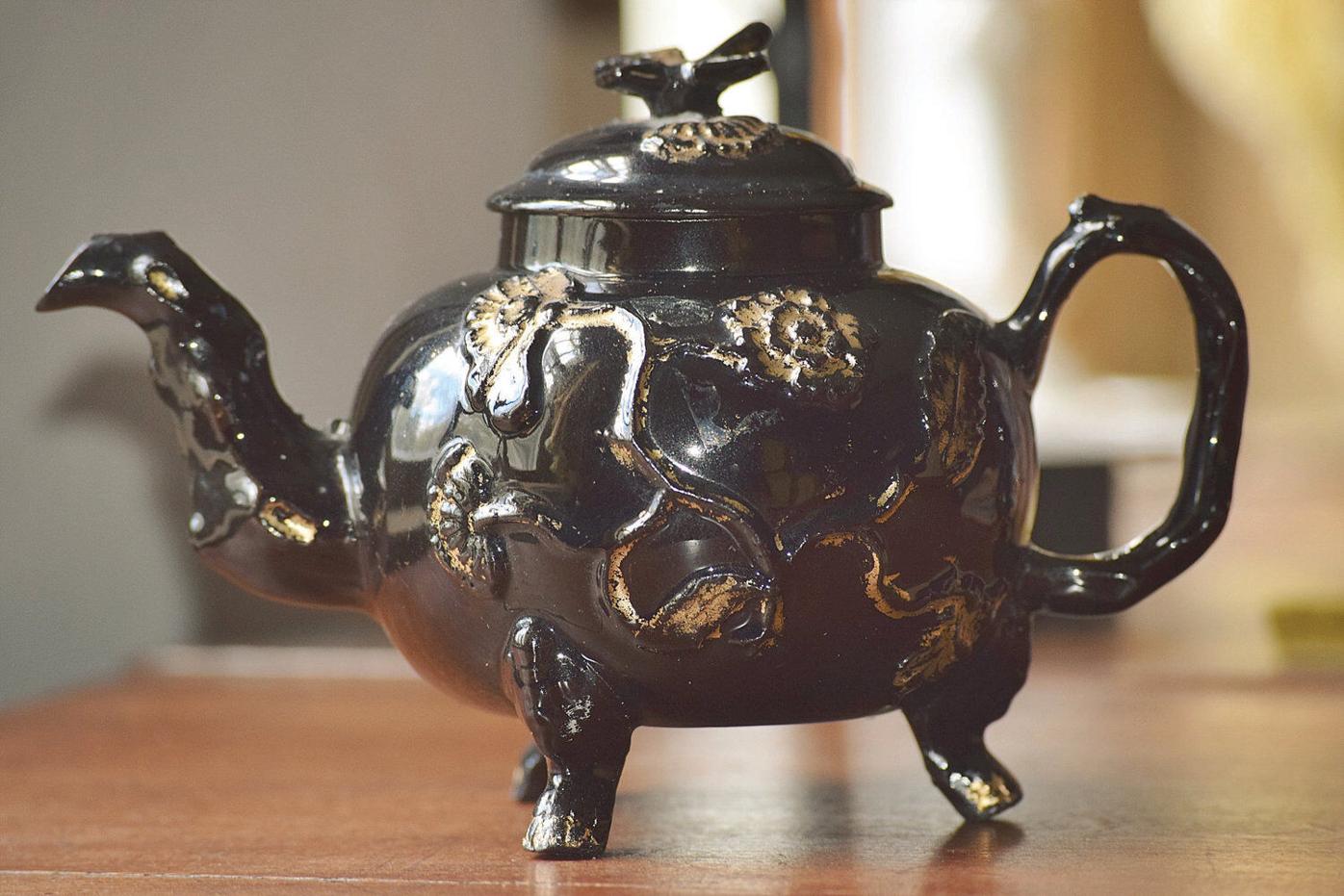 A Jackfield Tea Pot, which is part of a complete set at the Bidwell House, is from the 18th century. 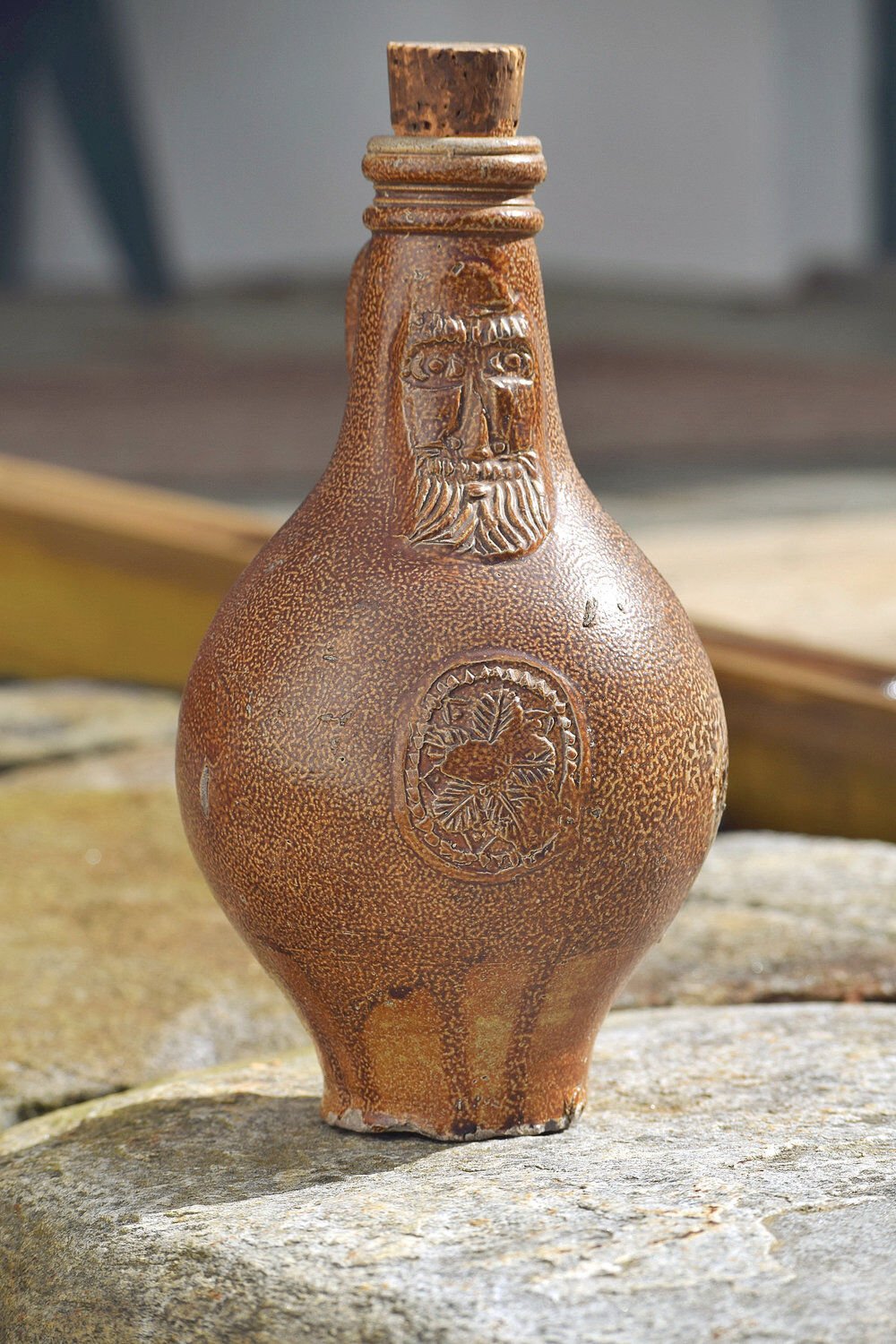 A Bellarmine jug, which was made in Germany, was found among the collection of the Bidwell House.

The Bidwell House Museum in Monterey opens for the season Monday.

A Jackfield Tea Pot, which is part of a complete set at the Bidwell House, is from the 18th century.

A Bellarmine jug, which was made in Germany, was found among the collection of the Bidwell House.

MONTEREY — "This is Metropolitan Museum of Art level," said Sam Herrup, turning over a salt cellar with a deft hand. The creamy ceramic is patterned in deep blue, and it flares at the head and foot. And until this winter, it had lived for 30 years in a closet.

He found it in the collection at the Bidwell House Museum, the 1760s Colonial house that first belonged to the Rev. Adonijah Bidwell, which opens for the season Monday.

Herrup is an antiques dealer in Sheffield, and he and Greg Gimblette, a fellow member of the museum's board, have been exploring Bidwell's attic. The adventure began with with Lesley Herzberg, he said. She came to the Bidwell House last summer after many years as curator at Hancock Shaker Village, and she spent the winter archiving the collection here, before she moved on to become executive director of the Berkshire County Historical Society at Herman Melville's Arrowhead in April.

She inspired him and Gimblette to continue the search, and what they brought to light holds a history of conviction and contradictions.

Another new discovery sits by Bidwell's bed, a Bellarmine jug with the antic face of a bearded man. It was made in Germany, and it carries a kind of Protestant joke, the caricature of a Catholic Cardinal, said Heather Kowalski, Bidwell's executive director.

It also carries a pagan legend. These jugs were also called witch bottles: In popular belief, people would put an artifact of someone inside and bury the jug to give a blessing or a curse.

This one did not belong to the Rev. Bidwell himself, she said. The museum's collection, and the museum itself, come from two men who revived them out of love. The Congregational, Puritan minister owes his preservation to two fashion designers from New York.

Jack Hargis and David Brush met as students at Parsons School of Design. Hargis went on to teach there, and in the late 1940s he traveled to Paris, after World War II, to work for Christian Dior and Jacques Fath.

Brush built up a career among museums, restoring historic fabrics for the New York Historical Society and others.

They were a couple, Kowalski said. After Hargis came back to this country in the 1960s, he and Brush bought a house — a falling-down 1760s house in Monterey, and they began to restore it. It became their weekend house and then their home for 25 years, and its history became a shared passion.

The house had stayed largely intact, and they renovated it carefully to preserve and restore its clapboard walls, stone foundations, dutch ovens and brick fireplaces.

Brush and Hargis found an inventory of what Bidwell owned when he died and began to re-create not only the house as he would have seen it, but the kinds of tools he would have used every day — the mottled redware on his kitchen shelf, the quilt on his bed.

They had fine eyes, Herrup said, marveling over a full Jackfield tea set with a glassy sheen-like Japanese lacquer.

Bidwell would have been well-off, he said. A minister had standing in the community. Monterey was on the Boston-Albany Post Road, connected by inns and taverns and riding stables. It was three days ride to reach New York, Herrup said, or a boat could float down the Hudson to the city in a day.

In the 1760s, Bidwell would have been one the first European Americans who cleared land here.

The meeting house was bitter cold in winter, Kowalski said, and he would have held meetings here. People walked uphill from town for worship, carrying their lunch pails, and spent a full day at Sunday services.

When he first came here, massive Chestnut trees grew in these forests, 10 feet across and more, and vast old hemlock trees. Stockbridge was becoming a Mohican township. In the 1750s, Kowalski said, the Mohican people who had lived here for thousands of years petitioned the Commonwealth for a township of their own, within its laws.

They had lived through more than a hundred years of war and illnesses; a people of many thousands were now a few hundred. Within Bidwell's lifetime, Colonists would force the Mohican community to sell their land to them. They were then removed to New York, where the Oneida tribe provided them with land. But then, New York removed all Native Americans from their lands, forcing them west, where they were eventually settled on a reservation in Wisconsin with the Munsee tribe.

By then the land they deeded in exchange had become Monterey and Tyringham, Sandisfield and Becket. And sawmills, pasture and charcoal were stripping the trees from the hills.

They began as border towns between the Dutch in New York and the English in Massachusetts as they fought for control of the land.The fight had gone on for a century and more, shifting alliances between powers in Europe and powers on this continent, including the Mohicans and the Iroquois.

Bidwell had seen this conflict first hand. Before he came here, and just after he was ordained at Yale University, he served as chaplain to an English force that sailed up the coast to lay siege to a French naval base at Louisberg on Cape Breton.

According to an article in the Bidwell Museum newsletter, for six months he preached to the ships' crews. They were burning villages on shore and dying of illness and attrition, and he returned to Boston Harbor sick enough to be carried to shore and lie three months in bed.

It makes a contrast with what he saw here 15 years later when he sat at his writing desk, looking out the window and a rapidly changing view.

And an archivist might wonder how much had it changed again, when Hargis and Brush sat here together on a summer afternoon, enjoying the fragile curve of a creamware bowl.