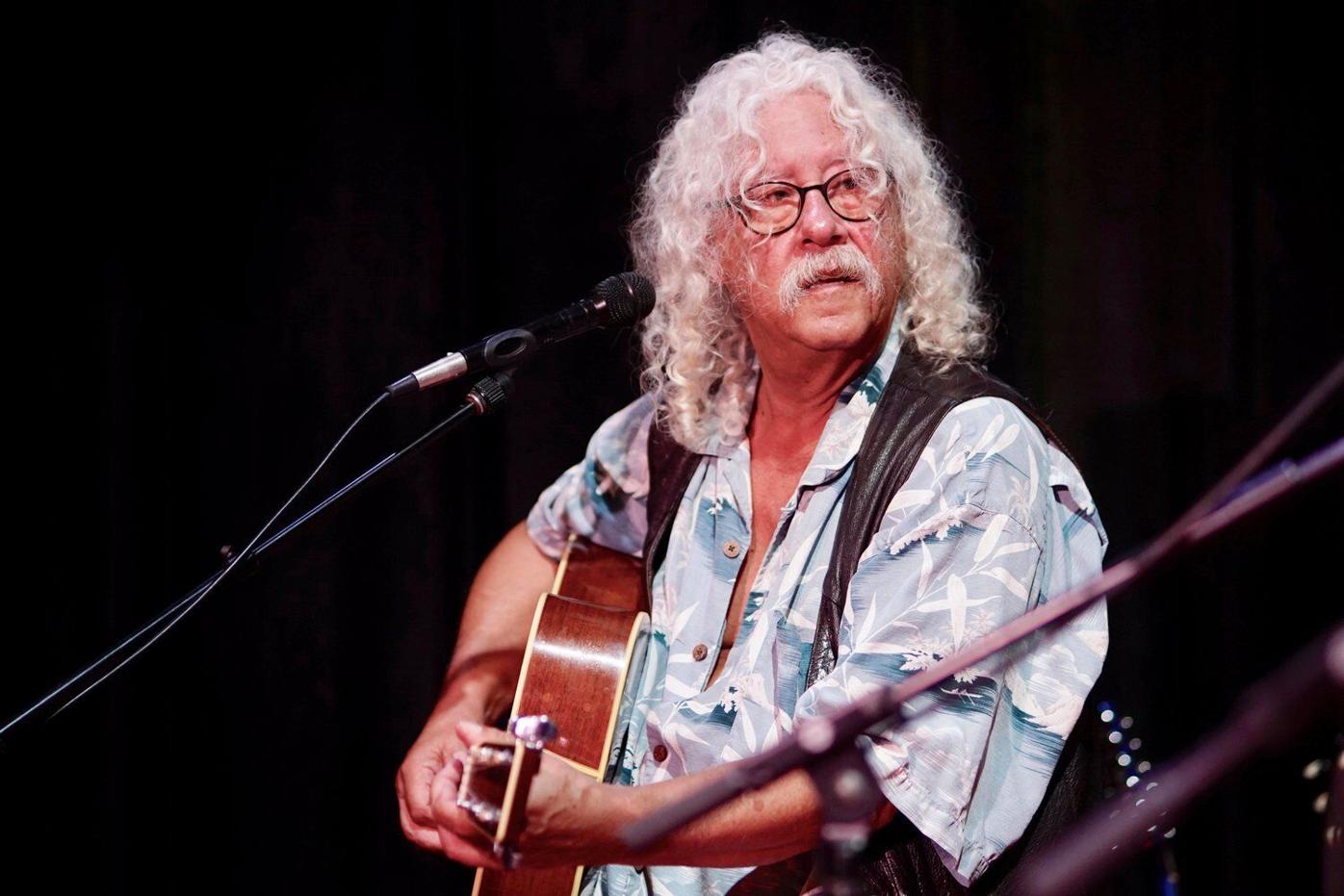 BEN GARVER — THE BERKSHIRE EAGLE Arlo Guthrie does a sound check before a Shenandoah Concert at the Guthrie Center in Great Barrington. Shenandoah, in various forms through the years, has been playing with Guthrie since 1975.

BEN GARVER — THE BERKSHIRE EAGLE Arlo Guthrie does a sound check before a Shenandoah Concert at the Guthrie Center in Great Barrington. Shenandoah, in various forms through the years, has been playing with Guthrie since 1975.

Here is the original news story about Arlo Guthrie's arrest for illegal dumping. It ran in the Nov. 29, 1965, edition of The Berkshire Eagle.

LEE — Because they couldn't find a dump open in Great Barrington, two youths threw a load of refuse down a Stockbridge hillside on Thanksgiving Day.

Saturday, Richard J. Robbins, 19, of Poughkeepsie, N.Y., and Arlo Guthrie, 18, of Howard Beach N.Y., each paid a fine of $25 in Lee District Court after pleading guilty of illegally disposing of rubbish. Special Justice James E. Hannon ordered the youths to remove all the rubbish. They did so Saturday afternoon, following a heavy rain.

Police Chief William J. Obanhein of Stockbridge said later the youths found dragging the junk up the hillside much harder than throwing it down. He said he hoped their cases would be an example to others who are careless about disposal of rubbish.

The junk included a divan, plus nearly enough bottles, garbage, paper and boxes to fill their Volkswagen bus.

"The stuff would take up at least half of a goodsized pickup truck," Chief Obanhein said.

The rubbish was thrown into the Nelson Foote Sr. property on Prospect Street, a residential section of Stockbridge consisting largely of estates on the hill across from Indian Hill School.

Chief Obanhein told the court he spent "a very disagreeable two hours" looking through the rubbish before finding a clue to who had thrown it there. He finally found a scrap of paper bearing the name of a Great Barrington man. Subsequent investigations indicated Robbins and Guthrie had been visiting that Great Barrington man and had agreed to cart away the rubbish for him. They told the court that, when they found the Barrington dump closed, they drove around and then disposed of the junk by tossing it over the Stockbridge hillside.