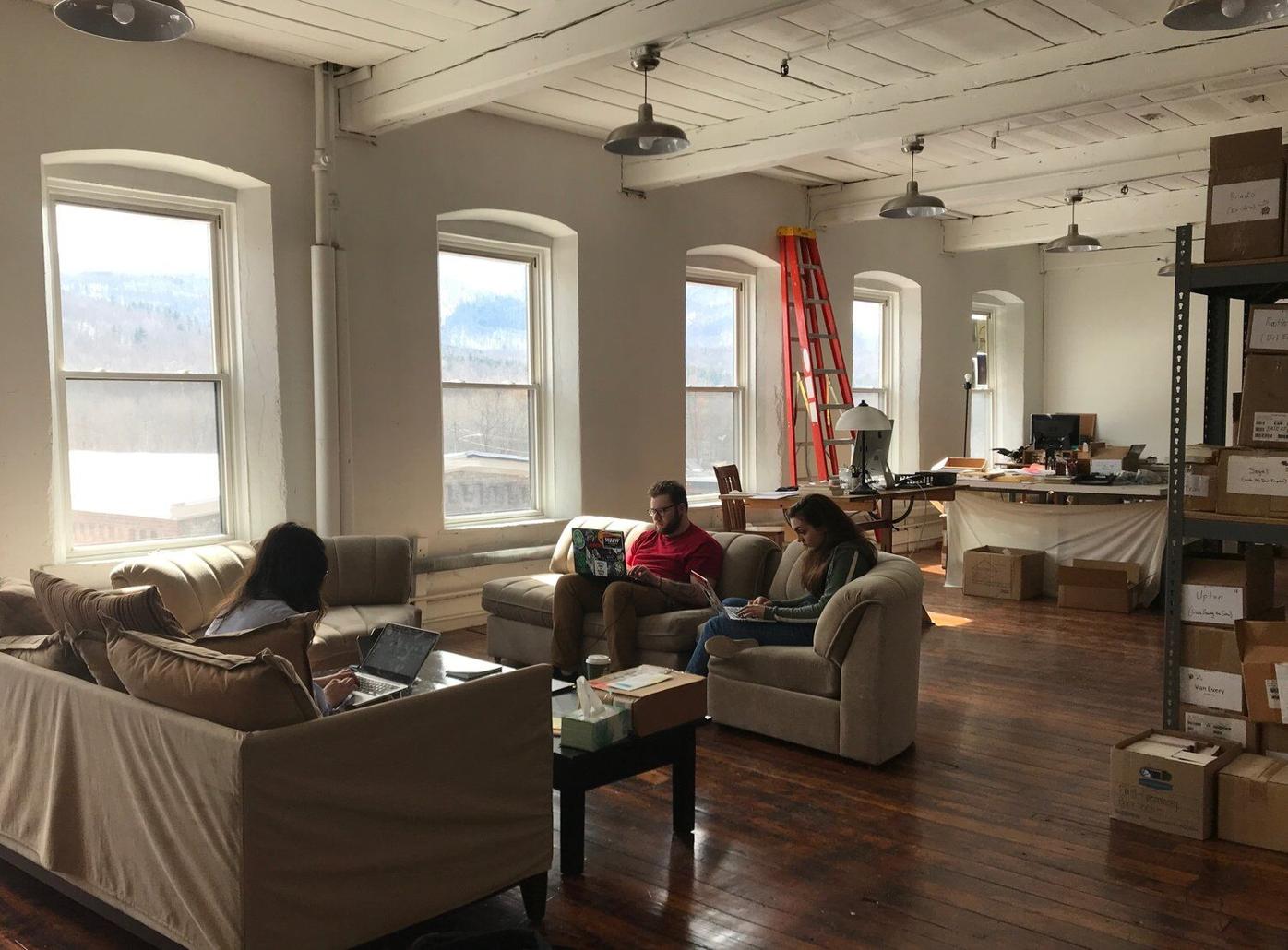 Tupelo Press first moved to North Adams in 2009. The nonprofit's offices recently moved from the Eclipse Mill to the Norad Mill. 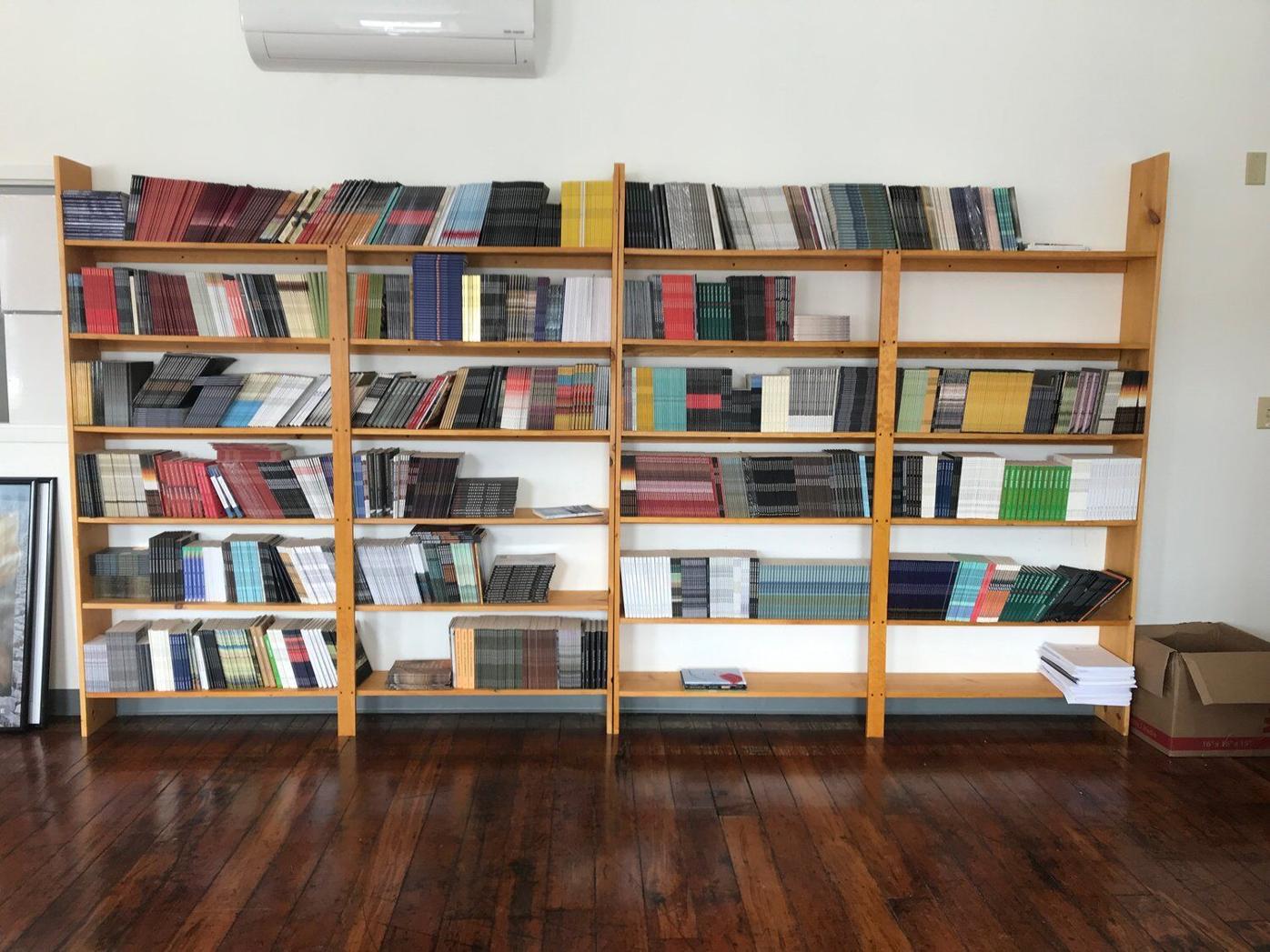 Tupelo Press, which is celebrating its 20th anniversary, has published 225 titles. 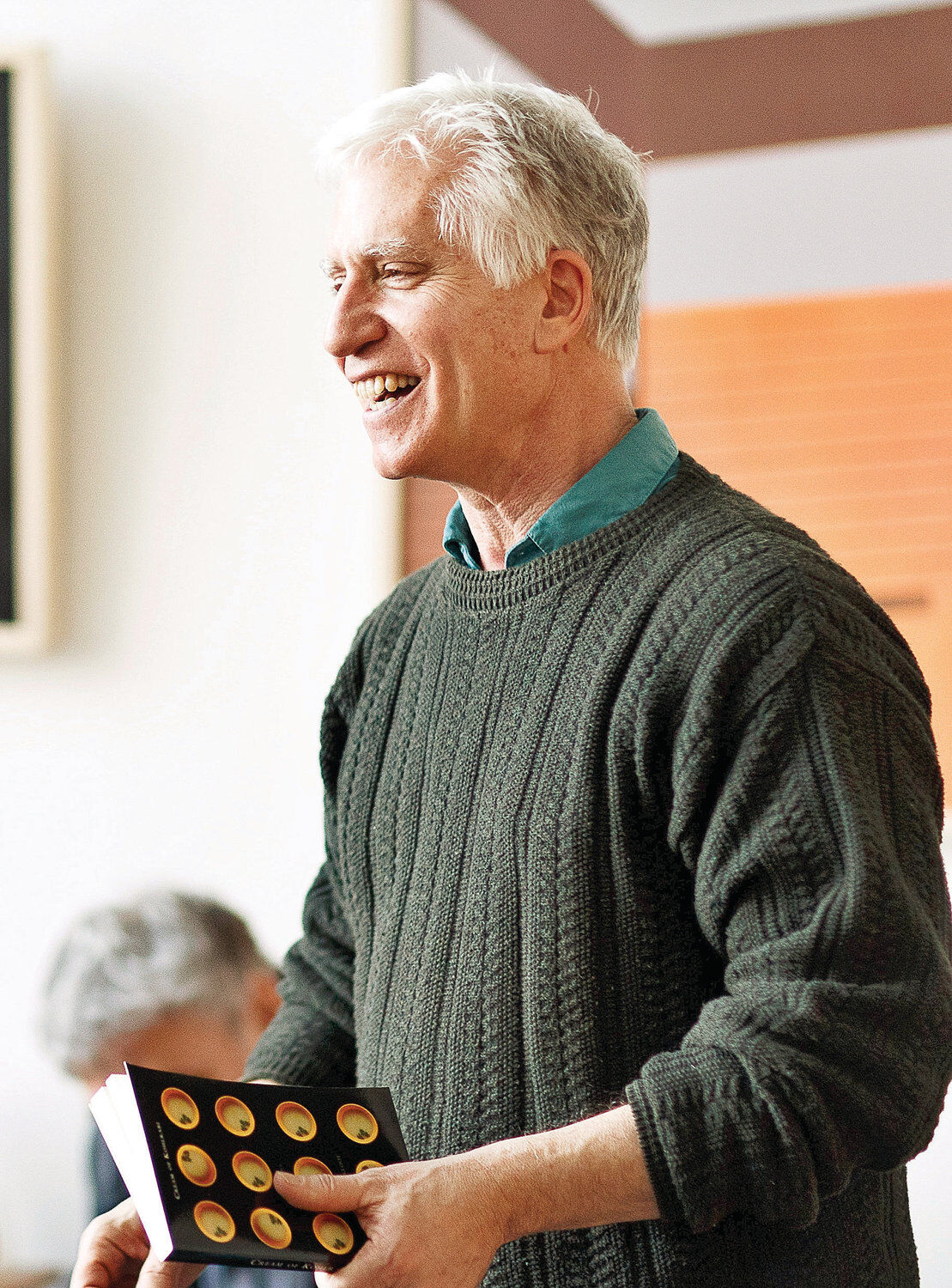 Jeffrey Levine is the publisher and founder of Tupleo Press Inc. 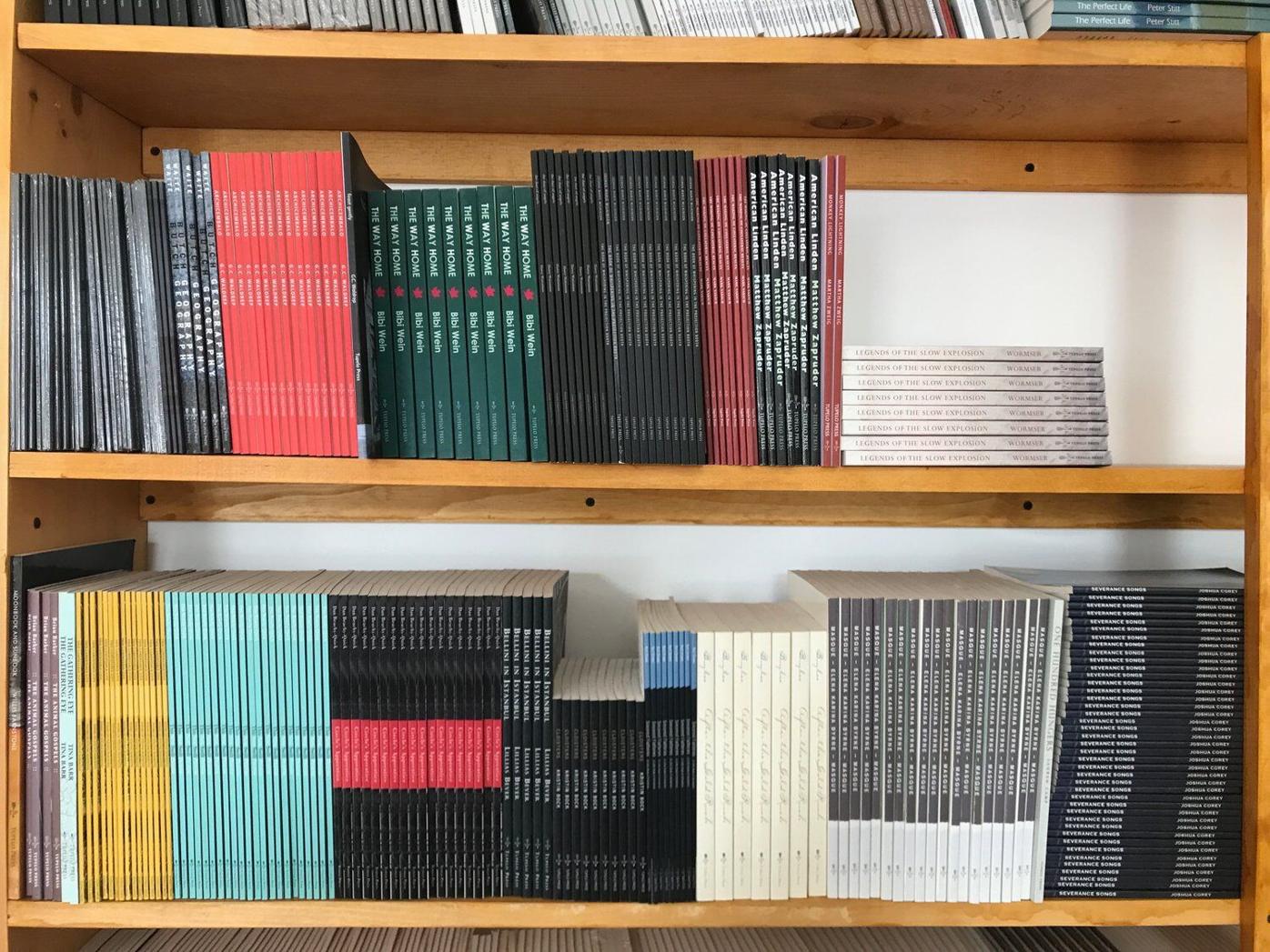 Tupelo Press has published 225 titles, including works of poetry, non-fiction and fiction. 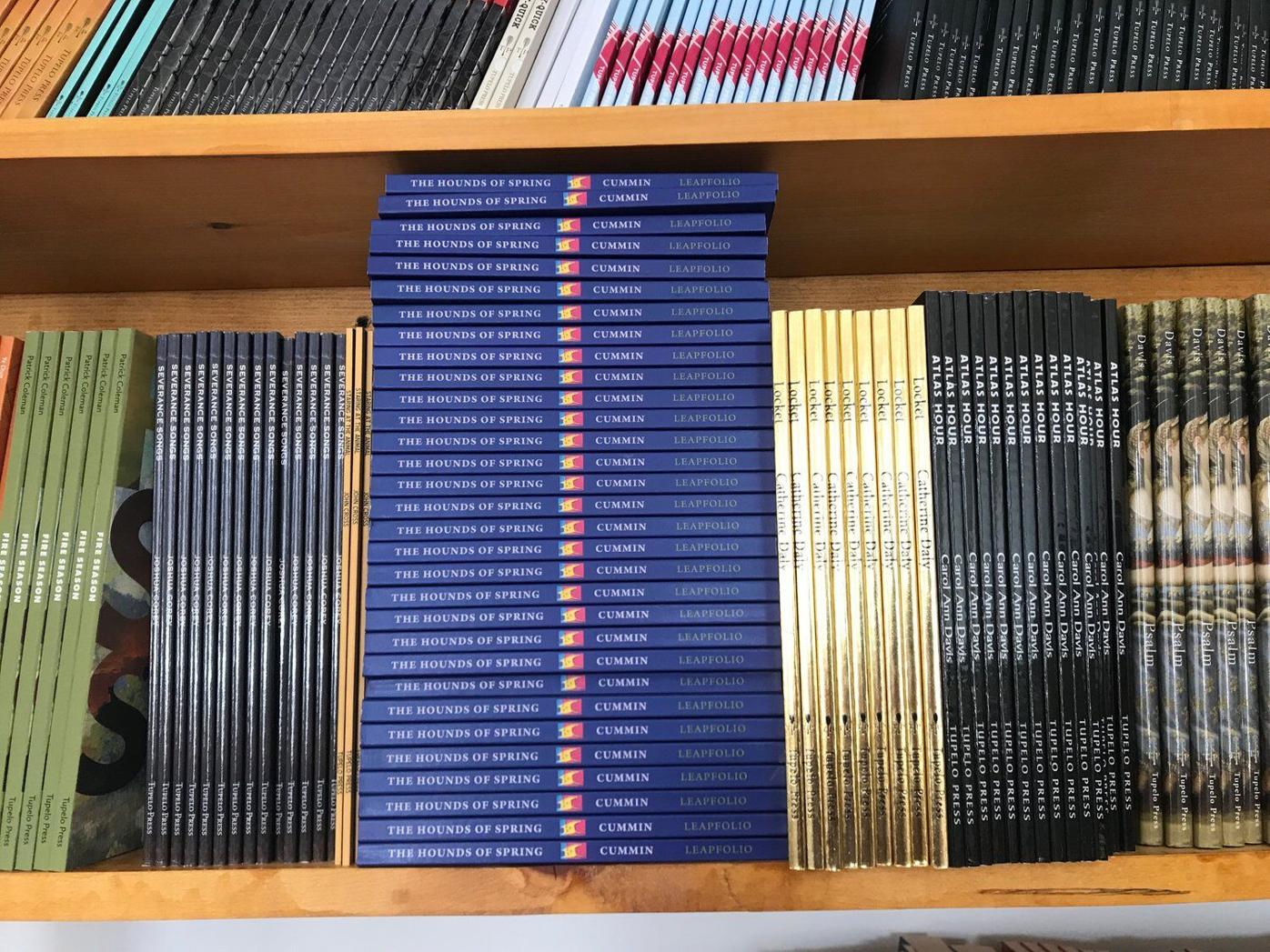 Tupelo Press first moved to North Adams in 2009. The nonprofit's offices recently moved from the Eclipse Mill to the Norad Mill.

Tupelo Press, which is celebrating its 20th anniversary, has published 225 titles.

Jeffrey Levine is the publisher and founder of Tupleo Press Inc.

Tupelo Press has published 225 titles, including works of poetry, non-fiction and fiction.

But then again, Tupelo Press hasn't sought much publicity, Jeffrey Levine, publisher and founder, said during a recent interview in his office at the Norad Mill, where the small independent press is still settling into its new digs.

While the location in the city is new, Tupelo Press is not. Over the last two decades, it has published books of poetry, as well as literary fiction and non-fiction. For the last 10 years, they've quietly done so from an artist's loft within the Eclipse Mill. Now, as the nonprofit press is celebrating the 20th anniversary of its founding, it's taken on a new space, with plans to hold local readings and workshops in the future.

Tupelo's roots go back to Walpole, N.H., where the publishing house first came to fruition in a little room above the town post office in November 1999.

"I had practiced law for 25 years, but I was a writer. That's what I wanted to do. I enrolled in The MFA Program For Writers at Warren Wilson College in North Carolina," Levine said. "Just a week or two after I got my MFA, I thought it would be fun to find great work that was overlooked not only by commercial presses, but also by more independent literary presses. I really didn't have a clue how to do it. I sat down at a desk with a a typewriter and a telephone and started calling friends, asking them, 'How do you do this?' I found as soon as you raise the flag, writers find you. I didn't really know what I was getting myself into."

After a few months in Walpole, he moved the press to Dorset, Vt., under advice from his then sister-in-law, Margaret Donovan, owner of Manchester Advertising.

"I needed help at that point," Levine said. "My then sister-in-law ran an advertising agency and also produced some books through the agency. She had experience and she knew designers. It turned out that was the most important thing to me, to make books that were artifacts; books that were absolutely beautiful inside."

Tupelo published its first five books in 2001. Among those titles were "Darkling" by Anna Rabinowitz and "The Next Ancient World" by Jennifer Michael Hecht. Both went on to win national prizes.

"I found a bunch of really good manuscripts. I thought I would publish them and say, "Alright, that was fun.' But those first five books were astounding and really took the world by storm. They won prizes that induced the largest independent press distributor in the country to call me and ask if they could sign Tupelo on to distribute. So we did it again," he said. "I just kept going, season after season, and started turning out books until we could no longer fit in the space in Vermont anymore. I found the Eclipse Mill and were were there for 10 years. And then, somehow, 20 years has passed and we've published around 225 books."

And Levine says the mission of Tupelo has stayed true to his original intentions during that time period.

"I found, at first, that I wanted to concentrate on poetry; particularly, young emerging poets with distinctive voices that I thought had something to offer the world and who had difficulty breaking in with more established presses," he said. "Then, after three or four seasons, I realized that almost everything we were publishing was written by women, to the point where people would write me and ask 'Are you a feminist press?' And I would say, 'No, not really, I just publish the best work I can find. Draw your own conclusions.'"

While two-thirds of Tupelo's writers are women, there's also an emphasis, he said, on representing writers of diverse backgrounds and races.

Tupelo solicits work from authors and poets through a series of annual book prizes and a single "open reading period" each July. Interested poets and authors submit their manuscripts, along with a reading fee, in hopes that their work will be chosen. Among the awards are the Berkshire Prize for a first/second book of poetry; the Annual Broadside Prize, the Sunken Garden Chapbook Prize, the Dorset Prize, and the Snowbound Chapbook Award. Each has its own prize package, including publication. Tupelo Quarterly, an online journal, accepts poetry, prose and visual arts throughout the year.

And, throughout the year, poetry is published daily on tupelopress.org as part of the 30/30 Project.

"It's our biggest fundraiser," said Sarah Russell, director of operations.

Each month, nine poets volunteer to write a poem every day for 30 days.

"Each poet is sponsored, similar to the way a race is sponsored. Some offer perks to their sponsors," she said. "It's a big undertaking, producing a poem without a period of revision; not being able to ask for feedback. You're asking them to bare their souls."

For more information on Tupelo's contests/submissions/guidelines or to learn more about its subscription service or conferences, go to tupelopress.org.