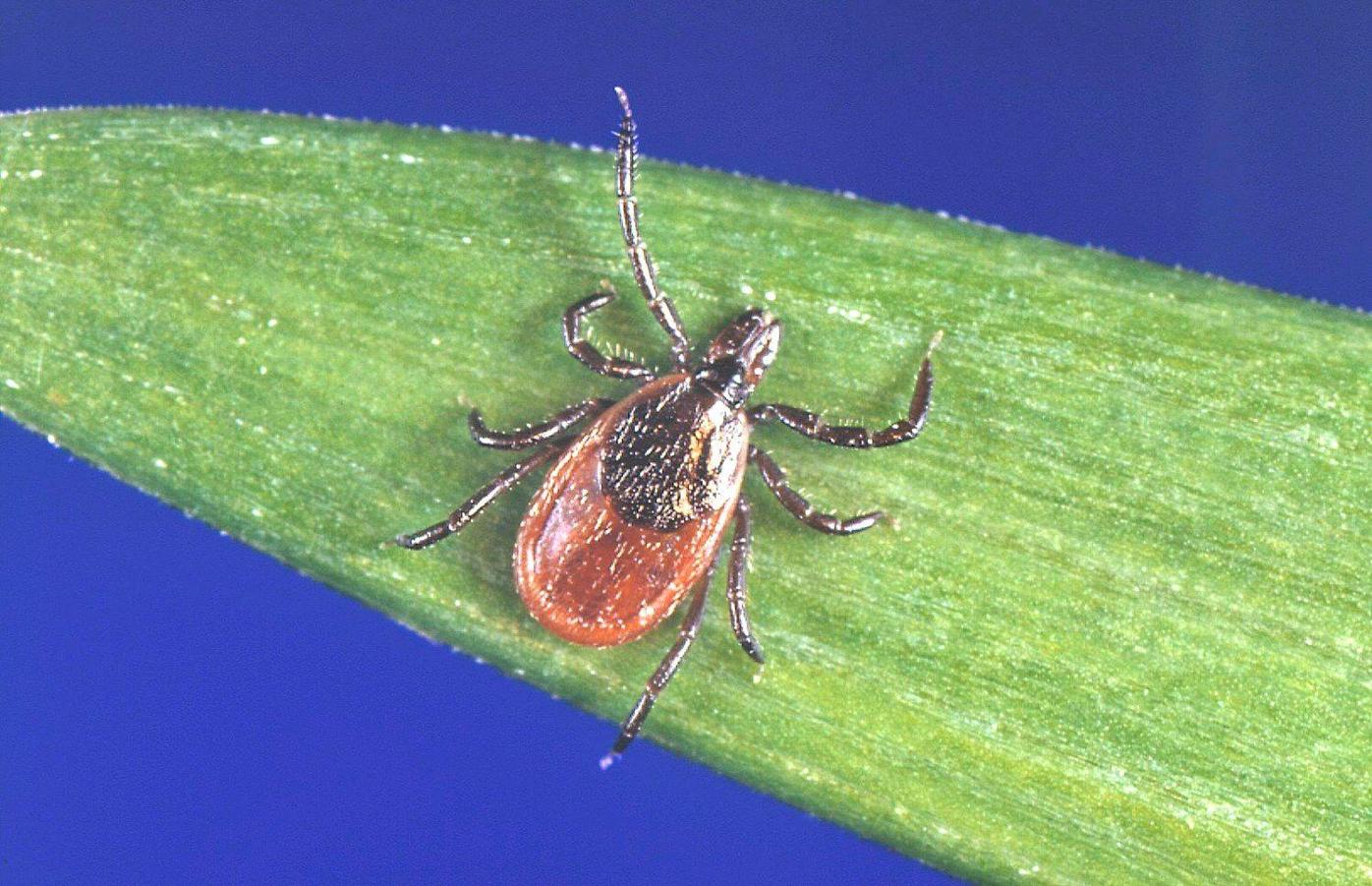 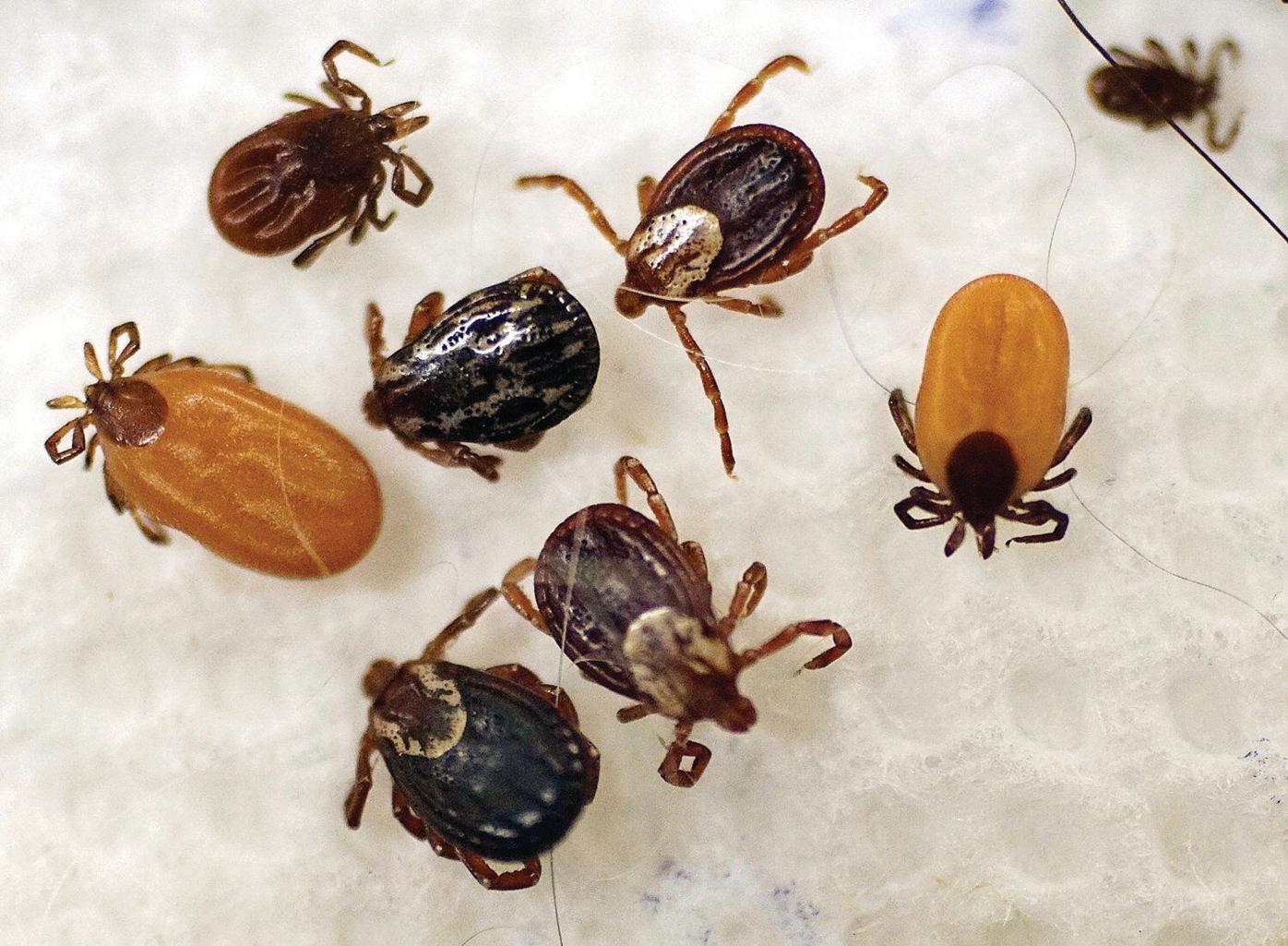 These ticks were collected by South Street Veterinary Services in Pittsfield. Deer ticks are smaller than the common brown dog tick and can be vectors for diseases like Lyme.

These ticks were collected by South Street Veterinary Services in Pittsfield. Deer ticks are smaller than the common brown dog tick and can be vectors for diseases like Lyme.

Tick season has arrived, and Massachusetts residents should be vigilant of the tiny parasites and the symptoms of the diseases they spread, the Department of Public Health said in a statement issued Wednesday.

"Every season is bad for ticks because the climate we live in is literally the perfect climate for ticks," said Kayla Donnelly-Winters, Pittsfield's public health nurse manager. "My numbers increase every year, except last year they did decrease. We think it was because it was a warm, humid summer."

The bugs usually are found in shady, damp, brushy, wooded, or grassy areas, including backyards. The most common ticks are black-legged deer ticks and dog ticks, which are found throughout Massachusetts and can spread different disease-causing germs when they bite, according to the DPH.

The most common tick-borne diseases in Massachusetts are Lyme disease, babesiosis and anaplasmosis. Other diseases that are rarer, but do occur, are tularemia, Rocky Mountain spotted fever, Borrelia miyamotoi and Powassan virus, the statement said.

During the 2017 season, there were 123 reports of Lyme disease in Pittsfield, according to Donnelly-Winters, who said that, generally, the illness is underreported. There were 36 cases of anaplasmosis.

Both diseases present flulike symptoms, but some people might not show any symptoms when they contract Lyme disease, she said.

"I don't talk to everybody with Lyme disease, but Lyme disease can be completely asymptomatic. Most people will not get the bull's-eye rash," she said. "I do follow up on all other tick-borne illnesses."

While there was a slight decrease in Lyme cases last year, Donnelly-Winters expects the numbers this year to look more like in 2017, because the season started a bit earlier.

She started getting reports of Lyme as early as January and February. By Wednesday, there already were seven reported cases, she said.

"It'll really start to pick up in a month or two," she said. "July and August usually have the highest numbers."

Donnelly-Winters said it's important for Berkshire residents to check themselves for ticks every time they go outside, even if it's just for a few minutes in the garden. The longer that someone has a tick on them, the higher the chances are that they will contract an illness, she said.

"One interesting thing is that eight out of 10 people [who contracted Lyme disease] I talked to were like, `I didn't even know I was bit by a tick,' so that tells me people aren't even checking themselves."

"Tick-borne illnesses can be severe, and taking steps to avoid tick bites is important," state Epidemiologist Catherine Brown said in a DPH statement. "The best ways to protect yourself are to use a tick repellent with permethrin or DEET when you are outdoors, do tick checks on yourself, your children and your pets every day, and remove any attached ticks promptly."

Ticks tend to attach to parts of the body that are hidden, including between the toes, on the back of the knee, groin, armpits, neck and along the hairline.

This time of year, they are the size of a poppy seed, Donnelly-Winters said.