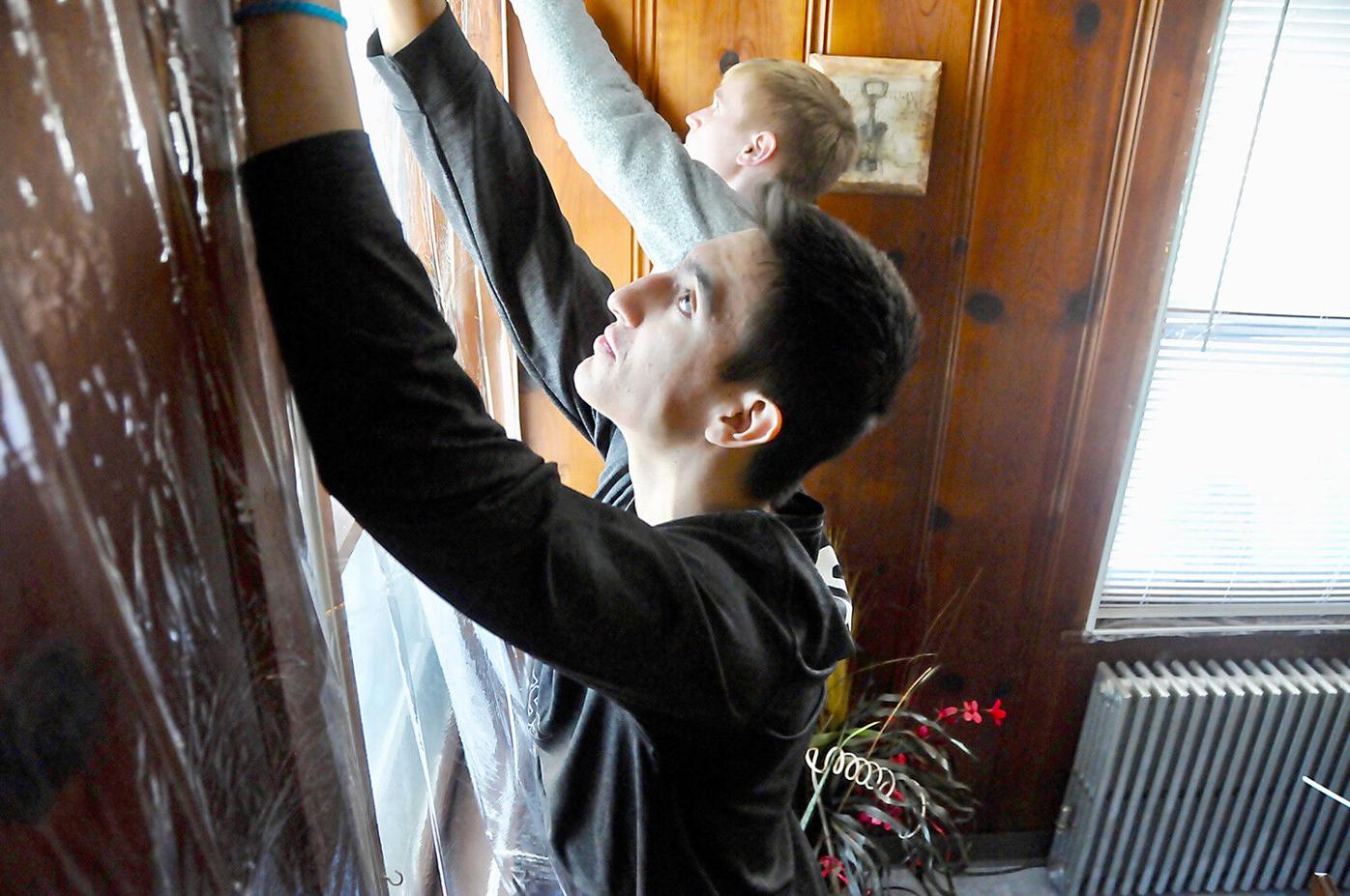 Williams College freshmen Kevin Garcia, foreground, and Will Cozadd volunteer to seal the windows of a North Adams residence during the Martin Luther King Jr. Day of Service. 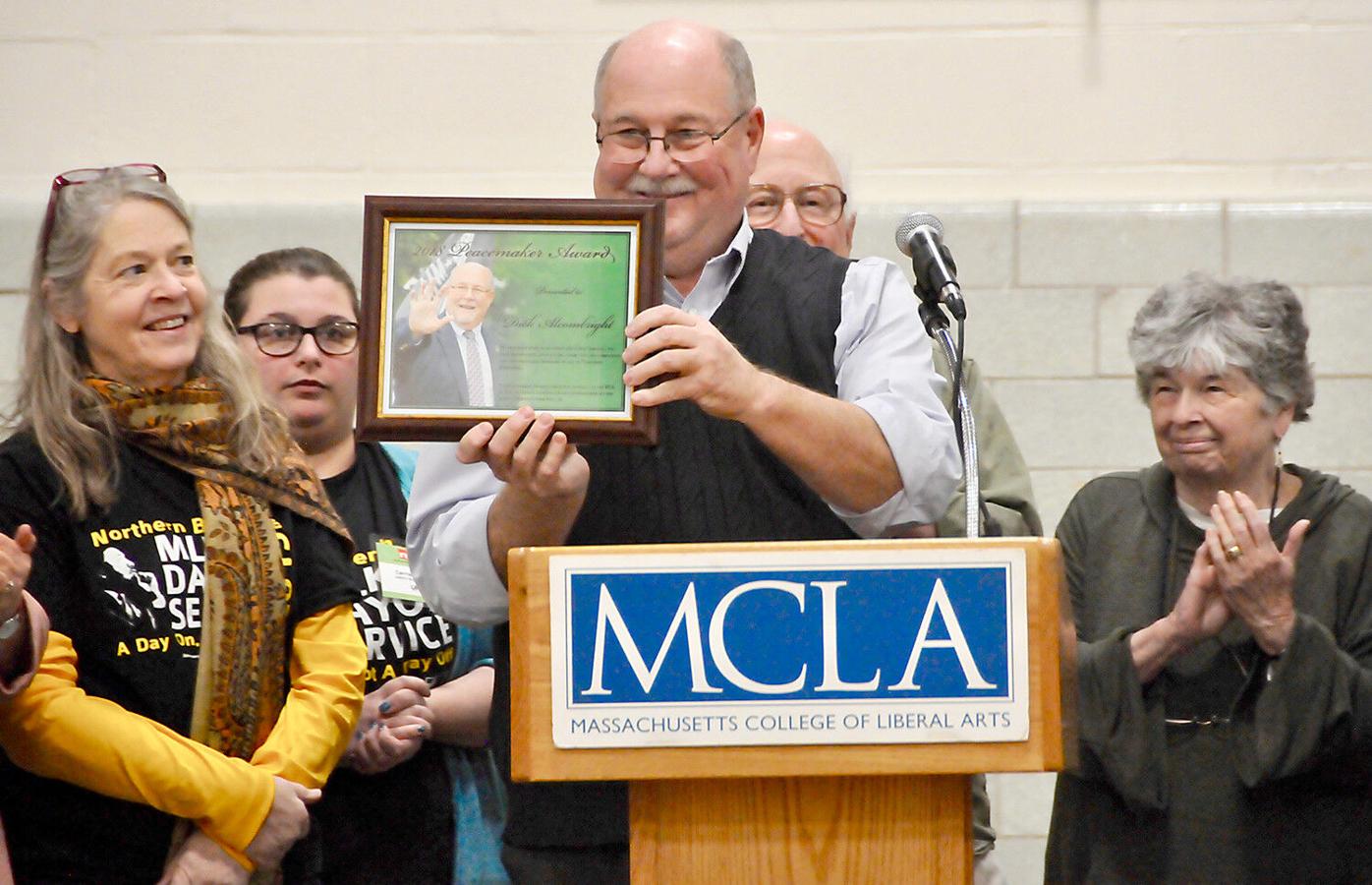 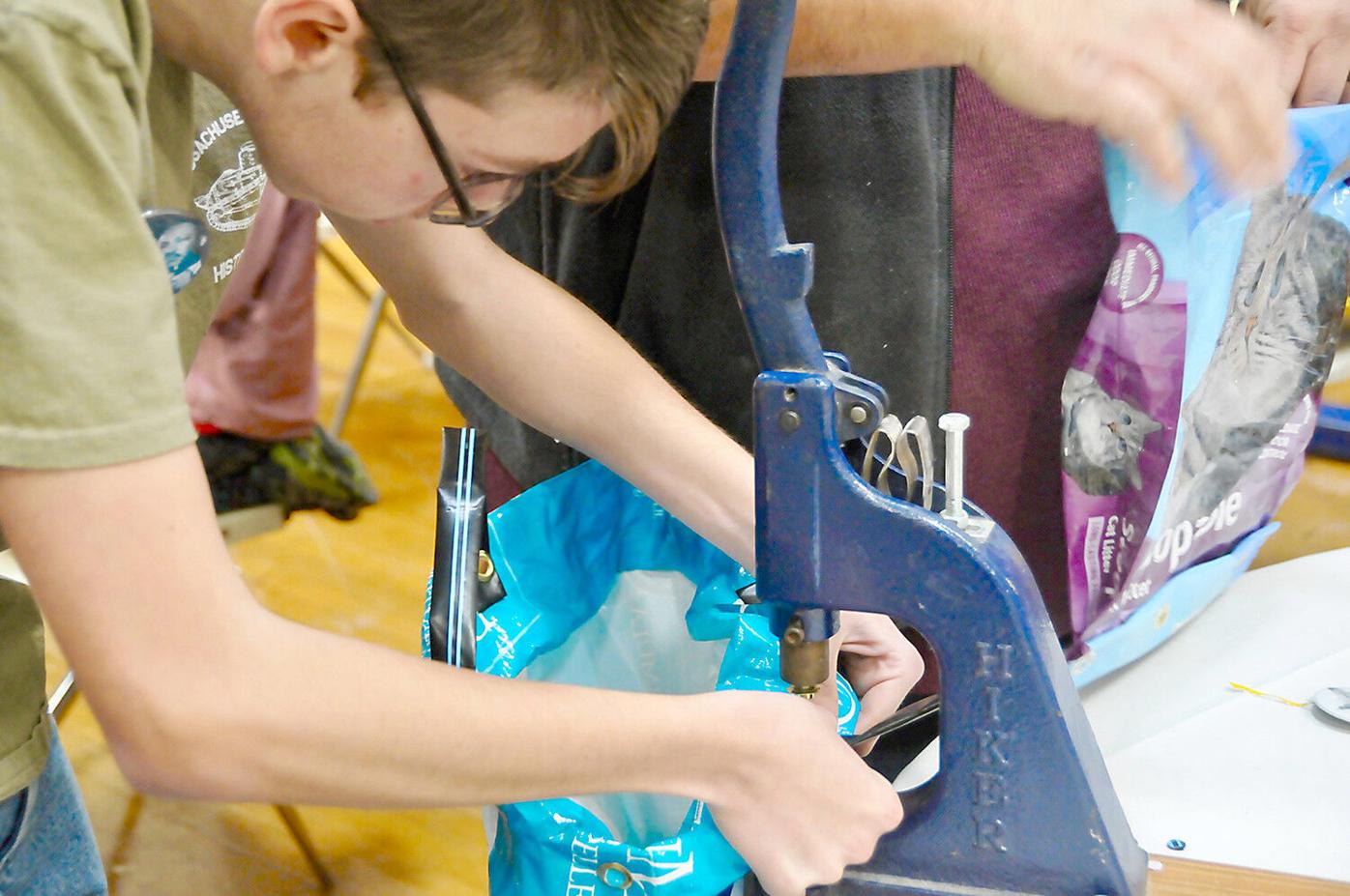 Williams College freshmen Kevin Garcia, foreground, and Will Cozadd volunteer to seal the windows of a North Adams residence during the Martin Luther King Jr. Day of Service.

NORTH ADAMS — With the memory of perhaps the nation's greatest civil rights leader to inspire them, roughly 300 people fanned out across Northern Berkshire County to help their friends and neighbors.

The 25th annual Martin Luther King Jr. Day of Service again drew volunteers to the Venable Gymnasium on the campus of the Massachusetts College of Liberal Arts on Monday.

There, they witnessed the presentation of the 2018 Peacemaker Award to former North Adams Mayor Richard Alcombright.

Students and staff volunteers from MCLA and Williams College joined dozens of local volunteers, spanning all age groups, in doing chores around the region. There were volunteers winterizing homes for local residents, collecting food donations from customers exiting Stop & Shop for the local food pantries, restocking the shelves at Good Will, cleaning and organizing a local church, sorting donations to the Friendship Center Food Pantry, and sorting through donations of clothes and furniture at the Louison House homeless shelter.

At the Friendship Food Pantry, operated by the Northern Berkshire Interfaith Action Initiative, volunteers were sorting and stocking food donations and repackaging donations of pet food.

Rich Davis, the food distribution coordinator, said their efforts will benefit the food insecure of the Northern Berkshires to the tune of about 150 families per week.

Declan Cook, who recently moved to North Adams from the coast, was there.

"We'd walked by here all the time and wondered what they did here," he said. "We heard about today in church and wanted to help out."

Several dozen others were working together in the gym to make waterproof sleeping mats and blankets for the homeless, sewing mittens and scarves, making reusable shopping bags from pet food bags, and assembling care packages for hurricane victims in Puerto Rico.

The work continued from the starting time of 9 a.m. and continued through 1 p.m., when volunteers began arriving from remote sites. A free lunch was served to all the volunteers who made it back to the gym in time.

It was noted that Alcombright was not given the award as the city's outgoing mayor, but as an active resident whose volunteerism and service has left an indelible mark on the city and its people.

Afterward, a procession of members of the Martin Luther King Jr. Committee, came to the microphone expressing feelings of gratitude and affection.

Some of the words they used referring to Alcombright and his work included "tireless," "advocate," "partner," "treasure," "blessing," "irreplaceable" and "thoughtful."

"Thanks for all you've done, Dick, and we know you'll continue working for your community," said Kathy Keeser, member of the committee and director of Louison House.

Hinds also presented Alcombright with a citation from the Massachusetts Senate honoring his service.