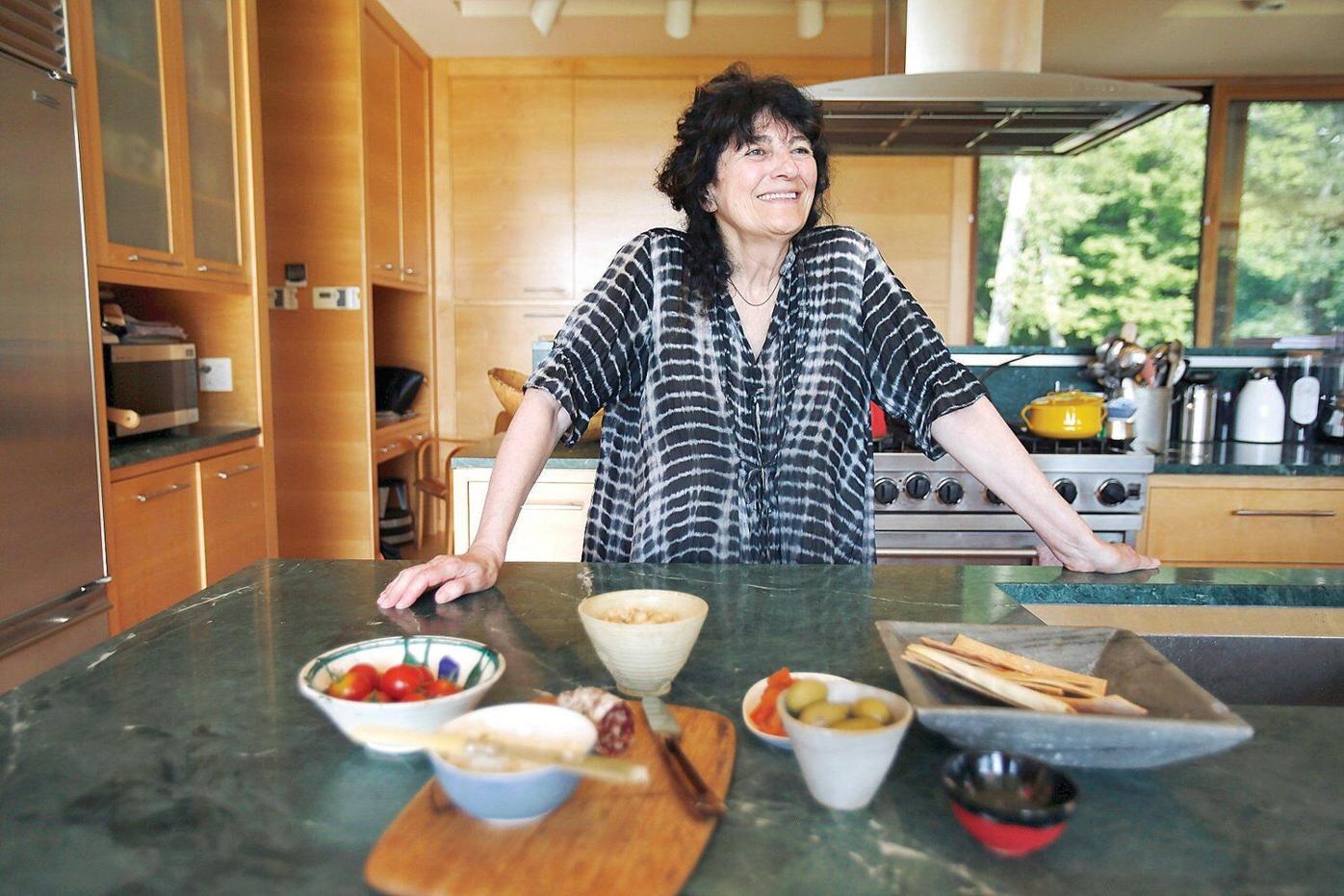 Ruth Reichl said she goes into to Great Barrington almost every day to shop at Guido's or Rubiners.

Ruth Reichl - author, former editor-in-chief of Gourmet magazine and former restaurant critic for The New York Times - in her home in Spencertown, N.Y., which has panoramic views of the Taconic Mountains. 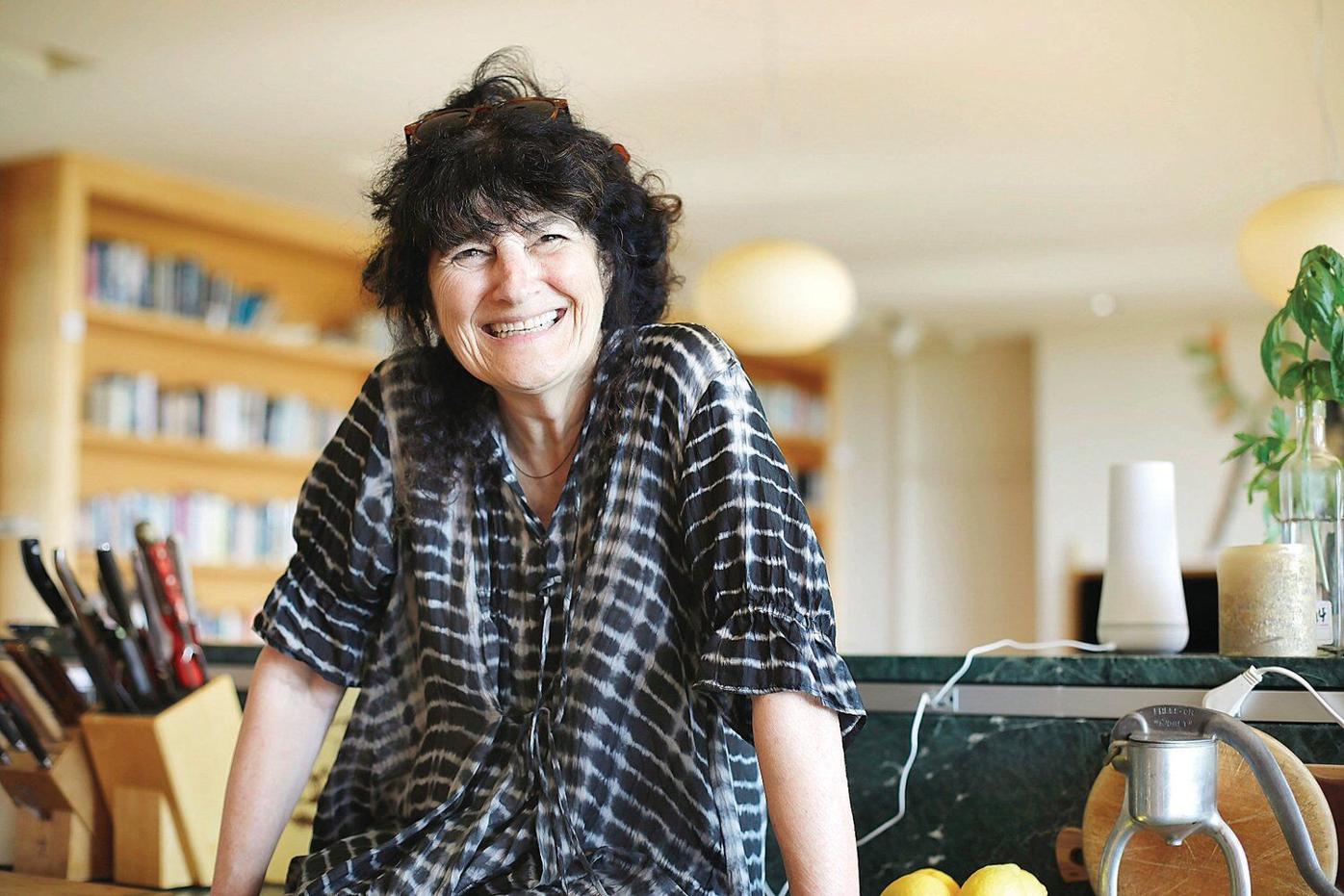 Ruth Reichl will speak at Spencertown Academy's Festival of Books on Sunday, Sept.1 about her new book "Save Me the Plums." 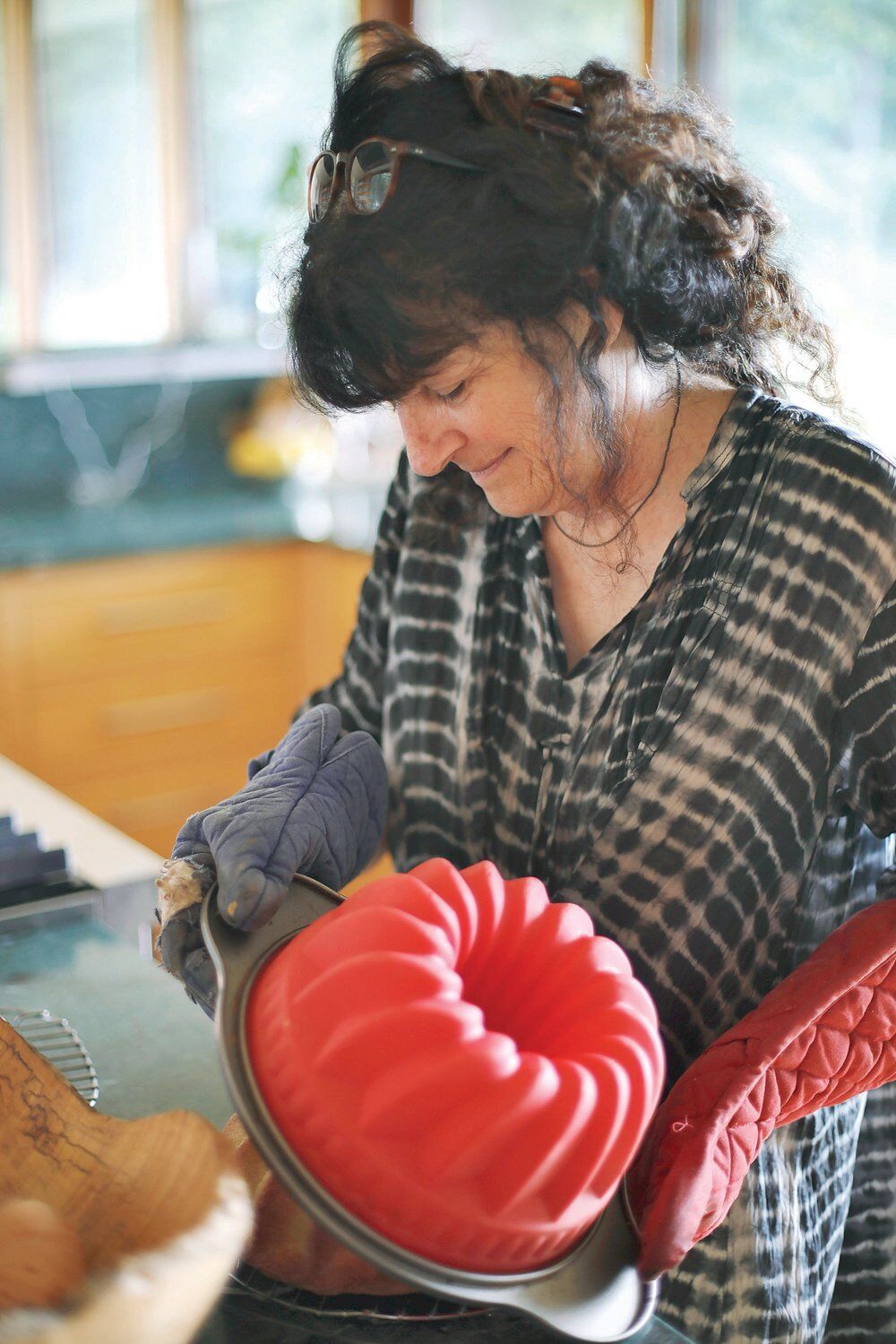 Reichl lauded the benefits of this silicone bake ware as she popped out a vanilla cake so it could cool. 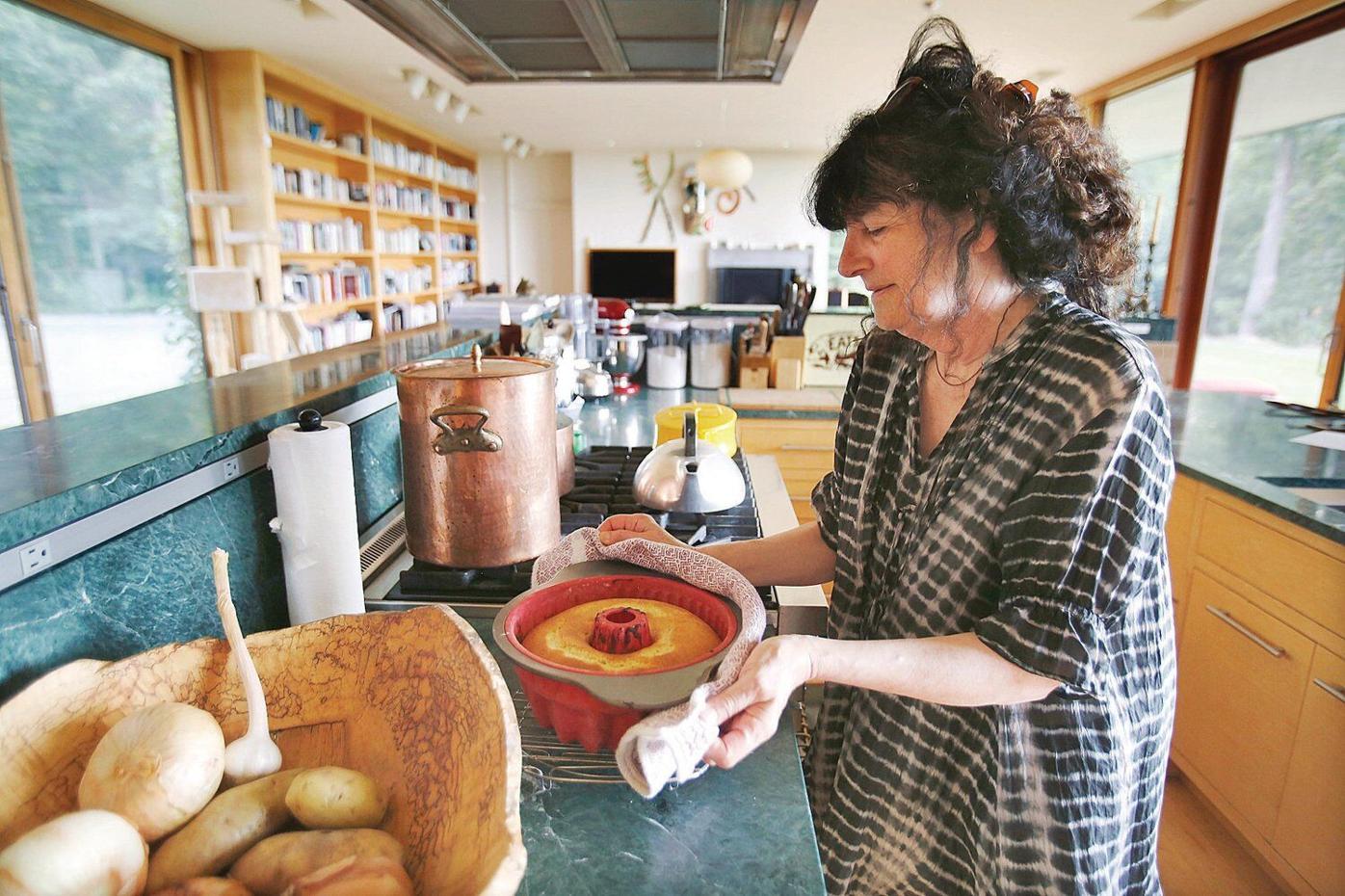 Ruth Reichl often cooks at home, preferring to let the season and what is fresh and available dictate her menu. 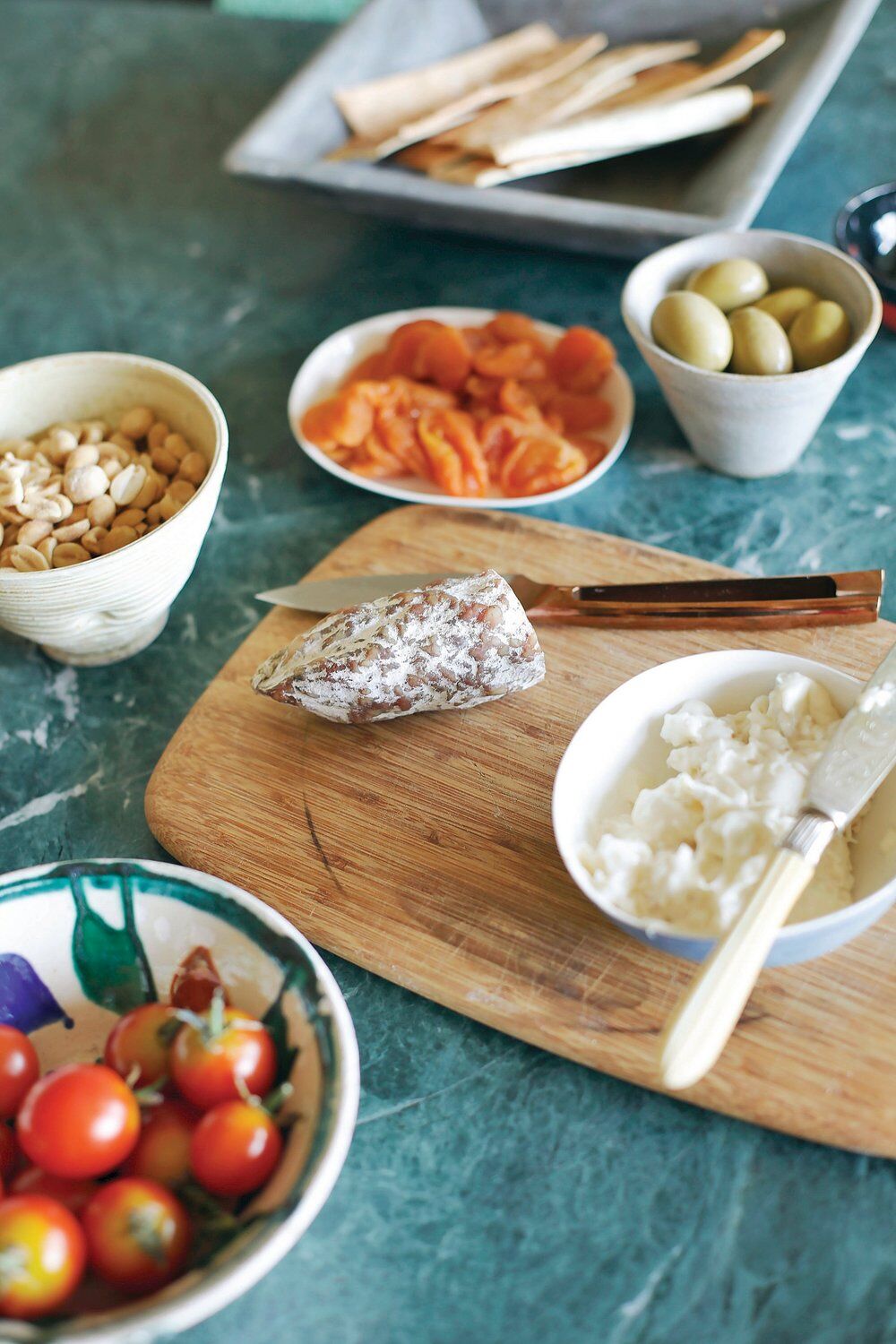 Reichl set out an assortment of snacks from local shops and farms in her kitchen at home, including salami and cheese from Rubiner's in Great Barrington. 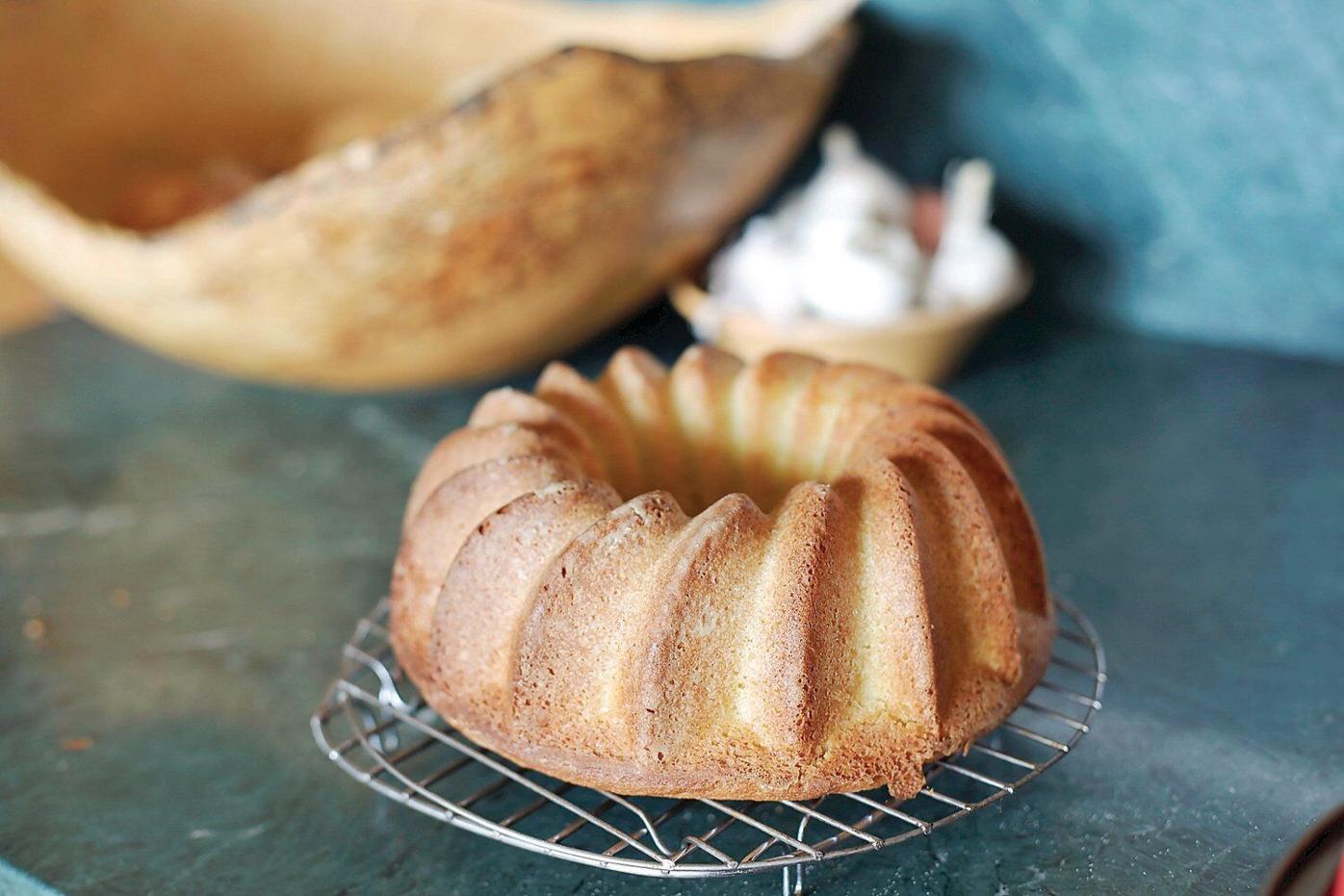 Ruth Reichl said she goes into to Great Barrington almost every day to shop at Guido's or Rubiners.

Ruth Reichl - author, former editor-in-chief of Gourmet magazine and former restaurant critic for The New York Times - in her home in Spencertown, N.Y., which has panoramic views of the Taconic Mountains.

Ruth Reichl will speak at Spencertown Academy's Festival of Books on Sunday, Sept.1 about her new book "Save Me the Plums."

Reichl lauded the benefits of this silicone bake ware as she popped out a vanilla cake so it could cool.

Ruth Reichl often cooks at home, preferring to let the season and what is fresh and available dictate her menu.

Reichl set out an assortment of snacks from local shops and farms in her kitchen at home, including salami and cheese from Rubiner's in Great Barrington.

"Where has this thing been all my life?" she exclaimed, pulling a hot pink silicone bundt pan out of her oven, filling her Spencertown, N.Y., home with the buttery, vanilla scent of her famous Nicky's Vanilla Cake. "My husband likes to eat it for breakfast," she admitted, turning over the perfect cake, which slid easily out of the silicone bakeware she was so enamored with.

In the world of food journalism — and American food, in general — Reichl is kind of a big deal. Her resume is long — her Rolodex of friends in the food world even longer — and her palate made or broke New York City restaurants during her reign as restaurant critic for The New York Times from 1993 to 1999. But perhaps what she's best known for is her 10 years at the helm of Gourmet, seeing it through some of its most exciting times, and seeing it to the very end when the magazine unexpectedly folded in 2009.

When it was all over, Reichl retreated to her upstate home — this home she built with her husband 15 years ago that overlooks a stunning view of the Taconic Mountains and on a clear day, she promises, the Catskills and the Adirondacks, as well — and healed herself one recipe at a time. Those recipes were chronicled in her book, "My Kitchen Year: 136 Recipes that Saved My Life."

Now, almost 10 years later, her new book, "Save Me the Plums," revisits her almost fairy tale ascent from restaurant critic to editor-in-chief seemingly overnight, or at least over an ill-prepared-for lunch with the editorial director at Conde Nast.

"Even though I wasn't young, I was totally unprepared for that role [as editor-in-chief] and it was really hard," Reichl said of the job at Gourmet. "I had never heard the term imposter syndrome — but it kept coming up on the book tour." Imposter syndrome is when an individual doubts their accomplishments and has a persistent internalized fear of being exposed as a "fraud."

The book, which came out in April, has garnered praise from the press — The New York Times called her story "juicier than a Peter Luger porterhouse" — and is resonating with young female professionals in a way that Reichl said she didn't expect.

"I knew I had to give myself some time between the magazine's closing [before writing this book], and it was going to be a portrait of publishing at that time," she said. "But, it turned out to be so much more; it ended up being very much a book about learning to be a boss."

"Save Me the Plums," which Reichl will discuss at the Spencertown Academy's Festival of Books on Sunday, is also about an opulent world of publishing that younger editors — such as this features editor — can't even imagine in today's economic climate. From test kitchens where cooks painstakingly tried out the same recipe up to a dozen times to make sure it not only tasted terrific, but looked photo-shoot worthy, to an endless budget for food supplies, travel, freelancers and yes, even a clothing allowance.

"At Gourmet, I could call up anyone and say 'Would you write for us?' she recalled. "Even if they wanted a ridiculous amount of money, we could pay it. We could get people whose works were collected to shoot for us. ... That's really fun, and you don't do that in a newspaper."

But, Reichl said she's most proud of the work she did with the LA Times food section.

"At the LA Times, you could really feel like you were influencing the conversation in your city and that's really amazing," she said. "More importantly, we made the people at the paper think about food differently."

These days, Reichl keeps busy making the rounds to local farm stands in the region, picking up the best ingredients for dinner. Ask her where she likes to eat locally and she'll quickly list a handful of Hudson, N.Y., spots — Lil' Deb's Oasis and Fish & Game are favorites. She also recently had dinner at Prairie Whale in Great Barrington. "I will be coming back here," she said to herself after the meal.

But really, the former food critic seems happiest to cook at home for herself and her husband, Michael Singer, a television news producer. With an almost unblocked view from her kitchen to the outside mountain vista view, thanks to floor-to-ceiling glass windows, who could blame her?

"Pretty much right now, I get up in the morning and say, 'Michael, what would you like for dinner?' she said. "Or, I'll invite people over and go see what there is. I'll gather a bunch of stuff at the farmers market and figure out what to do with it."

On this evening, she was planning on a fresh pesto because her "herb garden had exploded," and she was preparing for the next night's dinner party with a fresh pork butt she bought from Kindhook Farm and tomatillos from Hawthorne Valley Farm Store in Ghent, N.Y. As she went over her possible menu options, she began pulling things out of a hidden refrigerator drawer near her sink: wild blueberries, sour cherries and musk melons were quickly offered up as if they'd grown from somewhere beneath the magic counter space. Reichl is the most comfortable in her kitchen, with its green serpentine counters that she perched herself on for most of our interview, hopping off only to check on the cake baking in that marvelous bundt pan or to show off some ripe peaches she had just purchased.

Asked if she gets out in the Berkshires often, Reichl was quick to point out that she identifies her home as being in the Berkshires. She makes daily trips, she said, to Guido's and Rubiner's in Great Barrinton. As if on cue, she served this editor and a photographer a spread that included a meaty salami and creamy Gorgonzola from Rubiner's. "Isn't it marvelous?" she asked of the salami, waiting for reactions. There was also apricots from California that she insisted, more than once, we must try.

"I like food, so if I see a place selling food, I'll stop," she said, listing off local farmers who she found interesting. Before she could finish describing one place, she'd quickly interrupt herself with another farmer tale ... "Have you heard about the farm near Hawthorne that's growing everything including their own rice?"

Reichl speaks just as passionately about the state of food journalism today. She said she's excited by this new generation of writers who are taking on every possible subject related to food and are also excellent writers.

"I'm really knocked out by what they can do," she said. "There's more and more food journalism showing up everywhere."

But, she points out, there is a lack of mainstream publishers willing to give those food stories space outside of the traditional recipe-driven food sections, essentially segregating the content to "foodies" only.

"There is better food writing than there's ever been before and it's less read by an audience that is not already committed to reading it," she said. "That's dangerous."

Seeing us out the door as the sun began to set and rain drops started to fall, Reichl pointed to a small cabin behind the glass box house overlooking the back yard and hinted that she was working on her next novel there. Even with the book contracts, fancy dinners and a network of Gourmet alumni, Reichl is still a "regular person," hoping to pick her basil before the rain starts and make dinner, something she seems just as happy to do.

"The big difference for me between being at Gourmet and being a real person is I don't get fluffed anymore," she said, joking, as she smiled for photos barefoot and comfortable with her signature curls in a messy bun. "It's so time consuming, having people come in and put crap on my face; it takes hours to blow out my hair. This is just so much more fun — to be me."