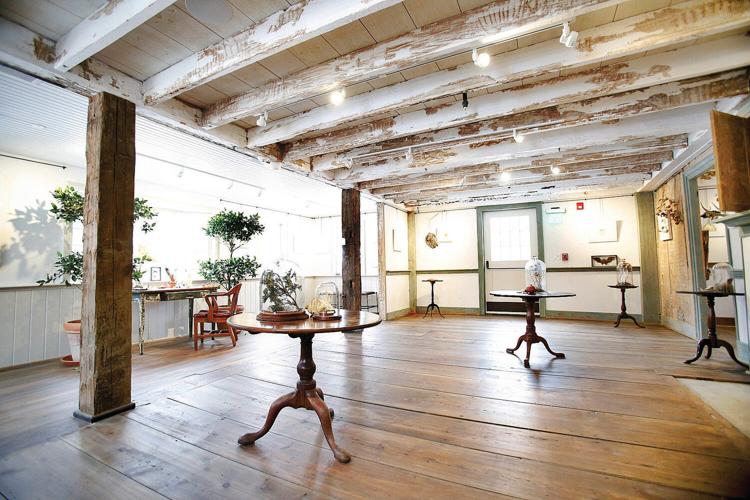 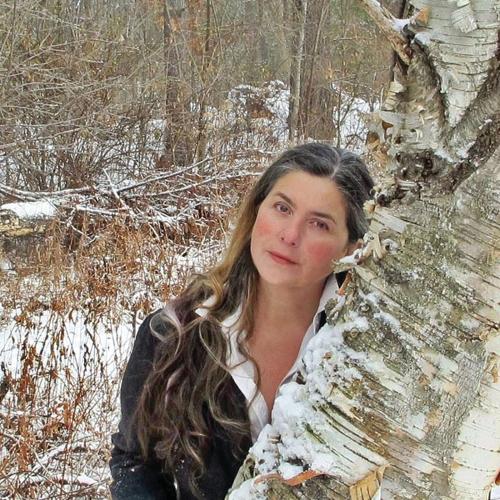 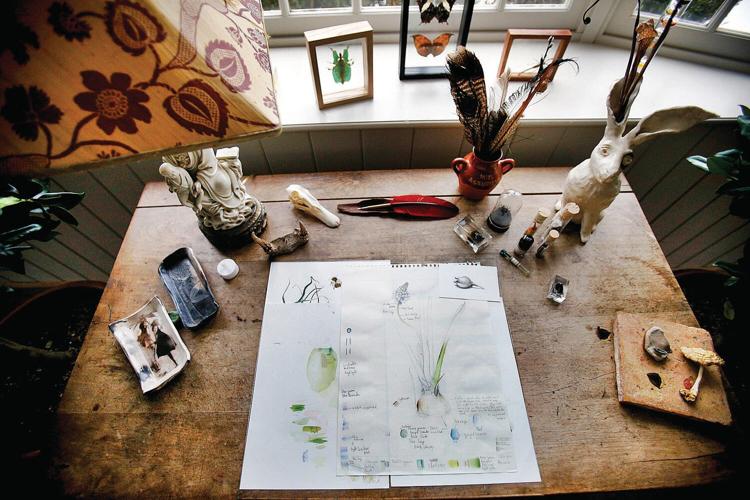 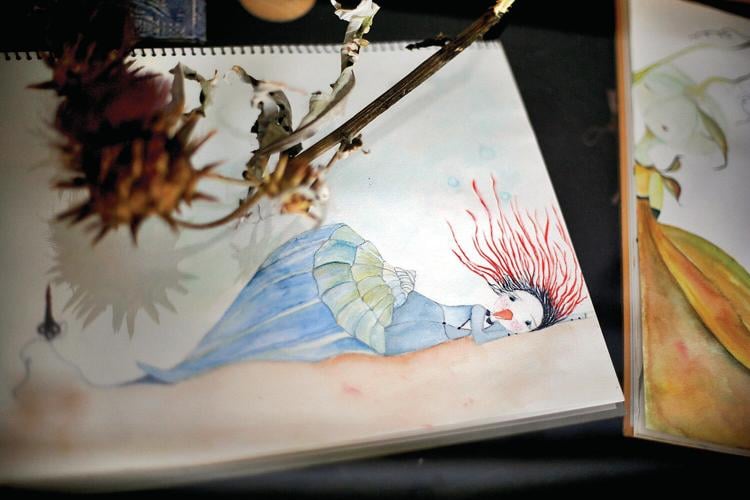 One can only imagine the workings behind the creative mind of screenwriter, playwright, filmmaker, photographer and international model Anastasia Traina. But if you wish to see the inner workings of her studio, take a trip to the Berkshire Botanical Garden.

Past a verdant living wall of plants, Traina recently toured the meandering rooms, where natural light highlights elements of the original 1700s building.

Some 50 images of flowers, fungi and fauna hang on the walls, delicately rendered in graphite, ink, colored pencil, watercolor and silverpoint. Among them are flights of fanciful fairy life, elemental creatures with pointed proboscis dancing in a garland or emerging from a snail shell, checking the sky for rain, umbrella at the ready.

Discreet faces imbue plants with personae and create fungi families, while small furry animals sport scarves and striped caterpillars traverse a grape hyacinth's bare roots, a hummingbird-flower hybrid "humflower" hovering nearby. "It's a creation of mine," Traina says with the voice of a proud parent.

In a true labor of love, Traina and her husband of 30 years, actor Scott Cohen, spent endless hours arranging the multi-faceted show.

"We were here 12 hours a day, every day," Cohen recalled.

"One of the ideas for this show was to bring her studio to the exhibit," he explained. "Her desk and all these cloches are her inspiration, ephemera brought to create the artist's space."

The eclectic collection includes a baby octopus, iridescent dung beetle, a green leaf insect gifted by her son, and a long-snouted lantern bug Traina describes as "such fun characters, like little clowns with wings."

With half-open drawers revealing bouquets of dried flowers, her time-worn work desk sits by a window, relocated from the c. 1720 home she bought "with snakes in the clapboards, bats and squirrels, a lot of mice and a couple of kittens in the barn."

In 2013, her son, Liam, left for college and she moved upstate from New York City, putting her writing career on hold to "step back and think about a fuller way to tell my stories and ask, what is the next evolution?"

"I just fell into this world that I love," Traina said.

She has since studied ceramics with Paula Shalan at IS183 and is completing New York Botanical Garden's Certificate Program.

Drawn to working with clay, Traina describes it as "mystical and beautiful, turning into something else from just your hands and fire."

The ceramic rabbits evoke her pet, Winston, who also appears in drawings.

As a child, Traina would draw the tree and tomato in a tin can outside her grandmother's New York City bric a brac shop on 72nd Street.

"One day, I drew this little person with a lilac cloak," she recalled. "[Grandma] was so taken by it she shut her shop and brought me up to the Museum of Natural History. She bought me a prism and said, `I want you never to forget your outlook to see the extraordinary in the ordinary.'"

In homage, light-catching prisms hang above a sculpted cyclopean tree gnome, next to a large paper wasp's nest suspended from a branch.

Traina has yet to settle on a favored medium. "It's all new to me, a wondrous adventure, like a kid in the playground," she said.

A handsome catalogue accompanies the exhibit, filled with reproductions and characters from her children's stories.

Her densely detailed drawings make ample use of white space, giving them room to breathe. "I've always loved the idea of emptiness and clarity," she said.

She recently spent a month and a half meticulously detailing multicolored kernels of jeweled corn. Some subjects she augments, enhancing a swordtail butterfly's eyes, for example.

She deftly depicts the life cycle of flowers from bulb to decay. "Even in their passing they're so beautiful," she noted, "age doesn't seem to harm their beauty at all."

When not animated as creatures, images like tumbling blossoms dancing through the air still take on a life of their own.

"I see things like that, very alive," Traina observed. "There's a spirit in everything that has energy."

When: Now through March 5, open Saturdays and Sundays 11 a.m. to 3 p.m. and weekdays by appointment.