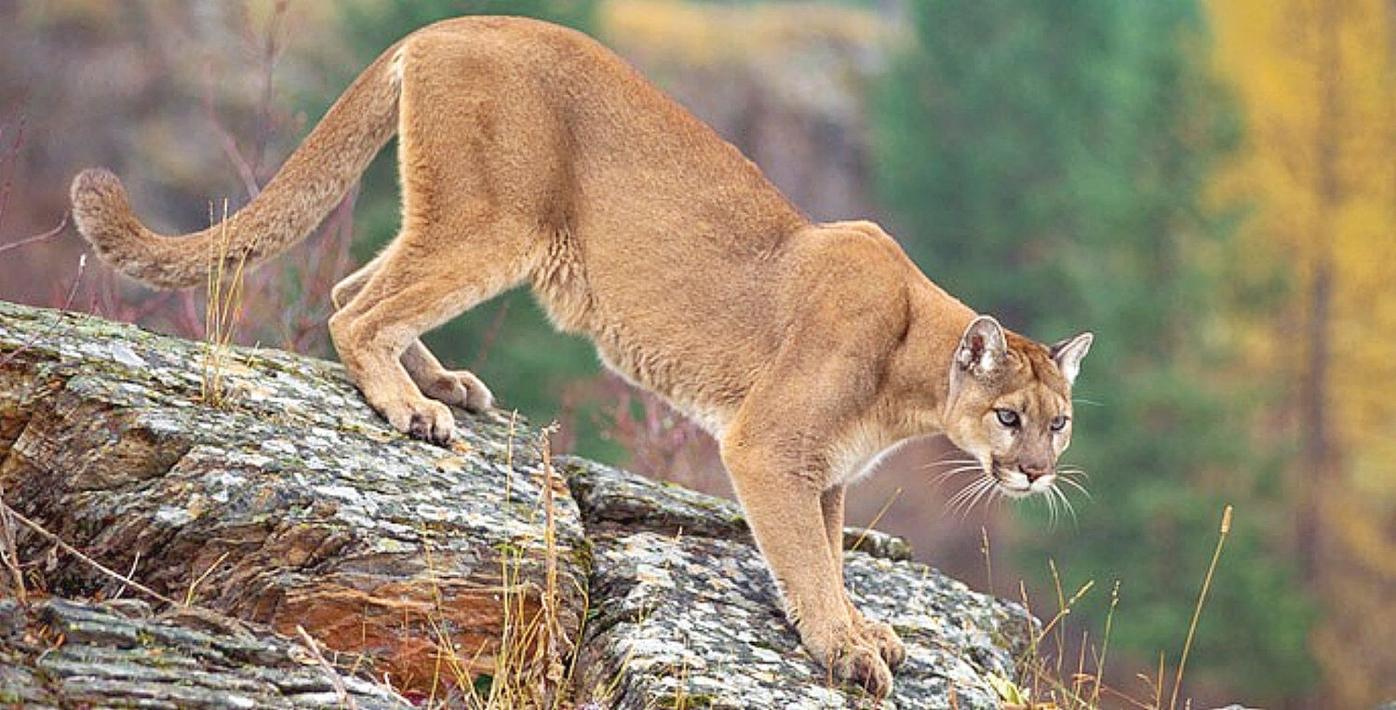 Mountain lions are believed not to exist in Massachusetts, but that only means they don't live or breed here. They can grow as large as 200 pounds and have long tails. 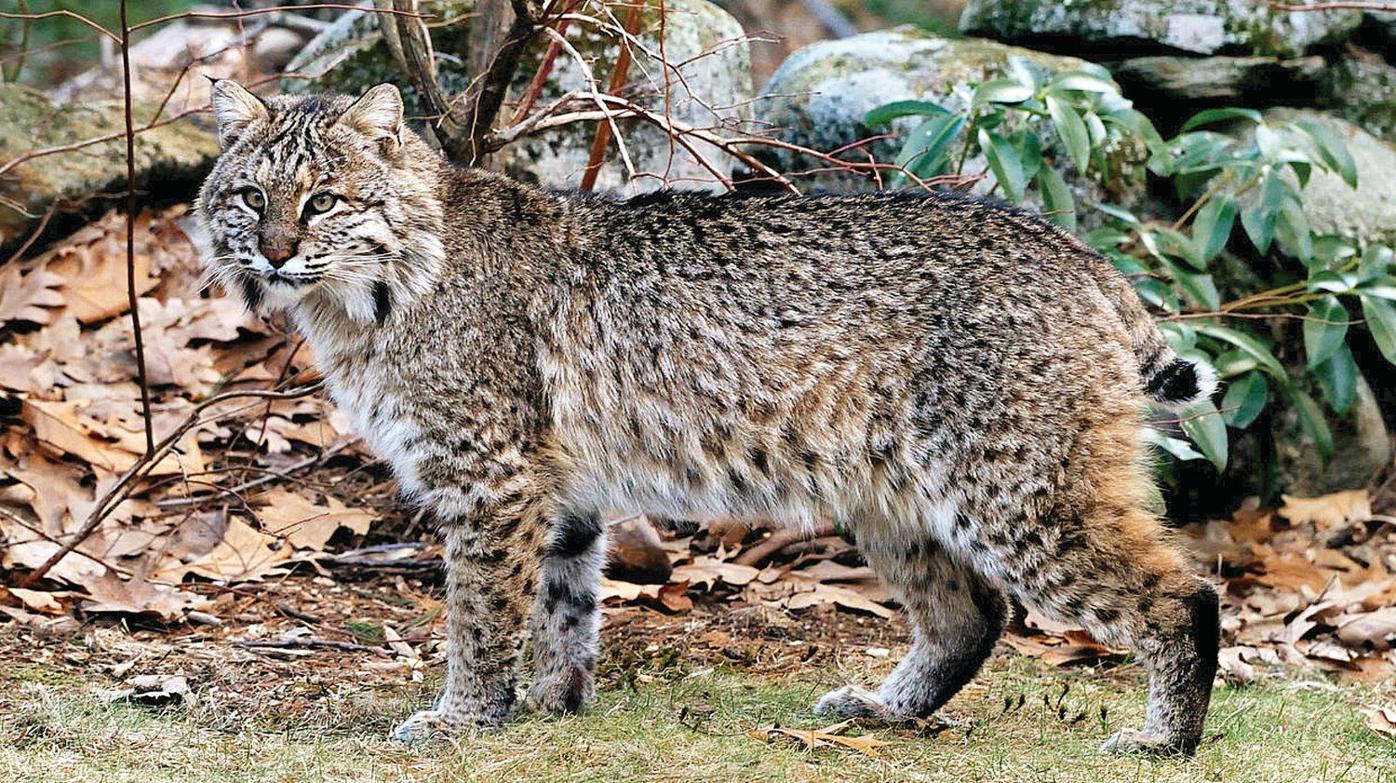 Bobcats are common in Western Massachusetts. They typically grow to 30 to 40 pounds, have a fluffy coat and have short tails.

Mountain lions are believed not to exist in Massachusetts, but that only means they don't live or breed here. They can grow as large as 200 pounds and have long tails.

Bobcats are common in Western Massachusetts. They typically grow to 30 to 40 pounds, have a fluffy coat and have short tails.

MONTEREY — There are no photos. There is no proof. The government says they don't exist here. And so does the state.

There are only quick sightings around town of the large cat known as the mountain lion.

"It ran right in front of my truck a few weeks ago," said Kenneth Basler, a town official who said he saw the large cat around Stevens Pond off Route 23 between Monterey and Great Barrington. "It was around 4 feet long, not including the tail."

Reports of mountain lions have gotten some mileage lately throughout these rural hills, with possible sightings, and on occasion, some worry about the safety of people and animals.

But maybe there's nothing to worry about. The sightings are often met with suspicion; some say the "Bigfoot factor" is hard at work.

One local resident, a longtime naturalist, has been collecting and investigating these claims of seeing what is also called the catamount, puma or cougar.

Bonner McAllester, who writes about wildlife for the Monterey News and formerly for The Berkshire Eagle, said that over the past couple of years, she has received many reports, of which about five are "ironclad, absolutely bona fide sightings — that would include Kenn's," she said, referring to Basler.

The mountain lion, she said, is tawny-colored, with a tail as long as 30 to 36 inches and a dark tip. It can weigh 80 to 200 pounds, and the nocturnal hunter's nighttime "eye shine" is a greenish gold.

In 2011, the U.S. Fish and Wildlife Service declared the animal extinct in the Northeast — their populations having been decimated in the 19th century by fearful settlers.

McAllester, who has seen the cat only while doing biology work out West, talks to people who come to her about what they saw, and often they will reveal a bit of information about the animal that immediately rules out the mountain lion.

There was a man in Tyringham, for instance, who thought he saw one cross the road.

"Then it comes out that it was black," McAllester said. "I've never heard of a black mountain lion."

She also said that it can be easy to mistake a bobcat for a mountain lion, if one doesn't know the difference.

"Mountain lion tails are not fluffy," she said. "And there's a big size difference. Bobcats are not more than 30 to 40 pounds. Their tails are short."

Other reports, though, have been convincing.

One former town wildlife officer told her he saw one leap across Route 23, and she believed it from the description.

"It took one leap into the road and one leap out to the other side," she said, in a kind of "boing, boing" bounce.

Another report involves a man driving between Canaan, Conn., and Sheffield who found a fresh deer carcass on the side of the road, the scent of which reminded him of the "big cat" cages at the Central Park Zoo that he had frequented as a child.

"He didn't see the mountain lion, but he smelled the smell," McAllester said, not knowing whether a car had first killed the deer.

But McAllester said she knows the whole subject of mountain lion sightings is "controversial," since the state Division of Fisheries and Wildlife, as well as other regional experts, say the mountain lion has left the East.

One Fisheries and Wildlife official said that while it is "not impossible" to see a mountain lion in the state, it is very unlikely, and that the animal would likely have made "a very long journey" to arrive here.

"Our position is that mountain lions don't exist in Massachusetts," said Michael Huguenin, assistant director for wildlife research. "Not to say that they might venture here or end up here through a very long dispersal process from their original area ... they don't persist here, and they don't breed here."

In 2011, the DNA of a mountain lion hit and killed by a car in Milford, Conn., was traced to a population in South Dakota, for example.

Huguenin said the closest place where mountain lions are thought to be making a comeback is in Missouri.

"When an animal disperses to find their own territory, they might get to the outer edge of their range," he said, to explain how one of the animals might arrive in the Northeast.

The agency receives about 10 to 20 mountain lion-sighting reports every year, he added, though it is unknown whether this is a wild animal or an "escaped illegal pet," which, he said, would be rare. "It's also rare to have them wild — we have no real evidence."

Maybe not. But people in the region are posting like crazy online to the New England Mountain Lion Sighting Bulletin.

The most recent post was Dec. 10 — a woman said she was fairly certain she had spotted a mountain lion walking in the grass along the Massachusetts Turnpike between Otis and Westfield around 2:30 a.m.

"Had a distinct cat-like gait and a long cylindrical tail (not fluffy) that was curled up a little at the end. Thought it might be a bobcat at first, but it was significantly larger, and the tail was much longer than that of a bobcat."

While this person appeared to know the difference between the two cats, Huguenin said it's easy to confuse the two.

"We do have plenty of bobcats in Massachusetts," he said. "It's hard to tell [what it is] when they are moving so quickly."