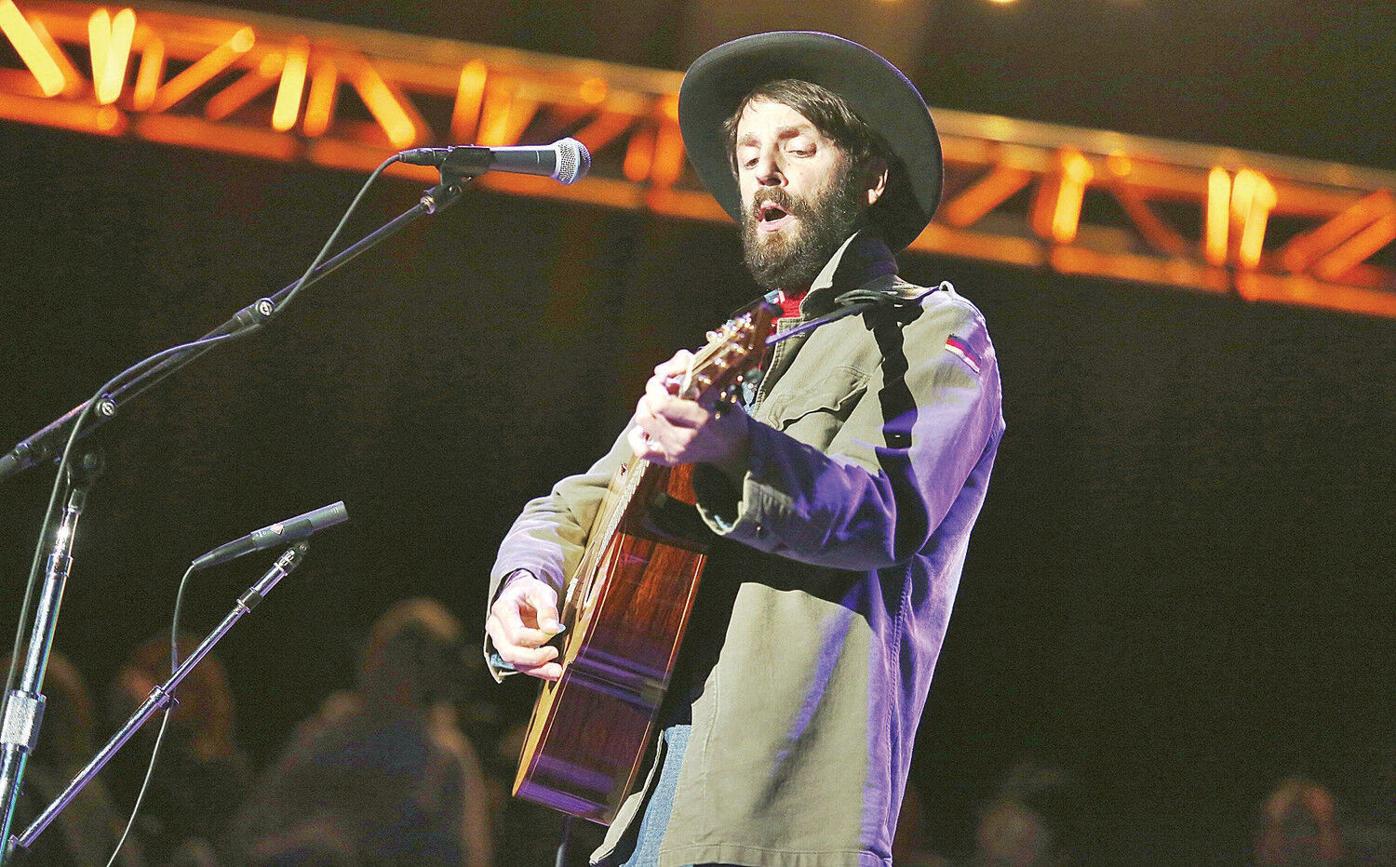 LaMontagne's show will draw heavily from his newest album "Part of the Light." 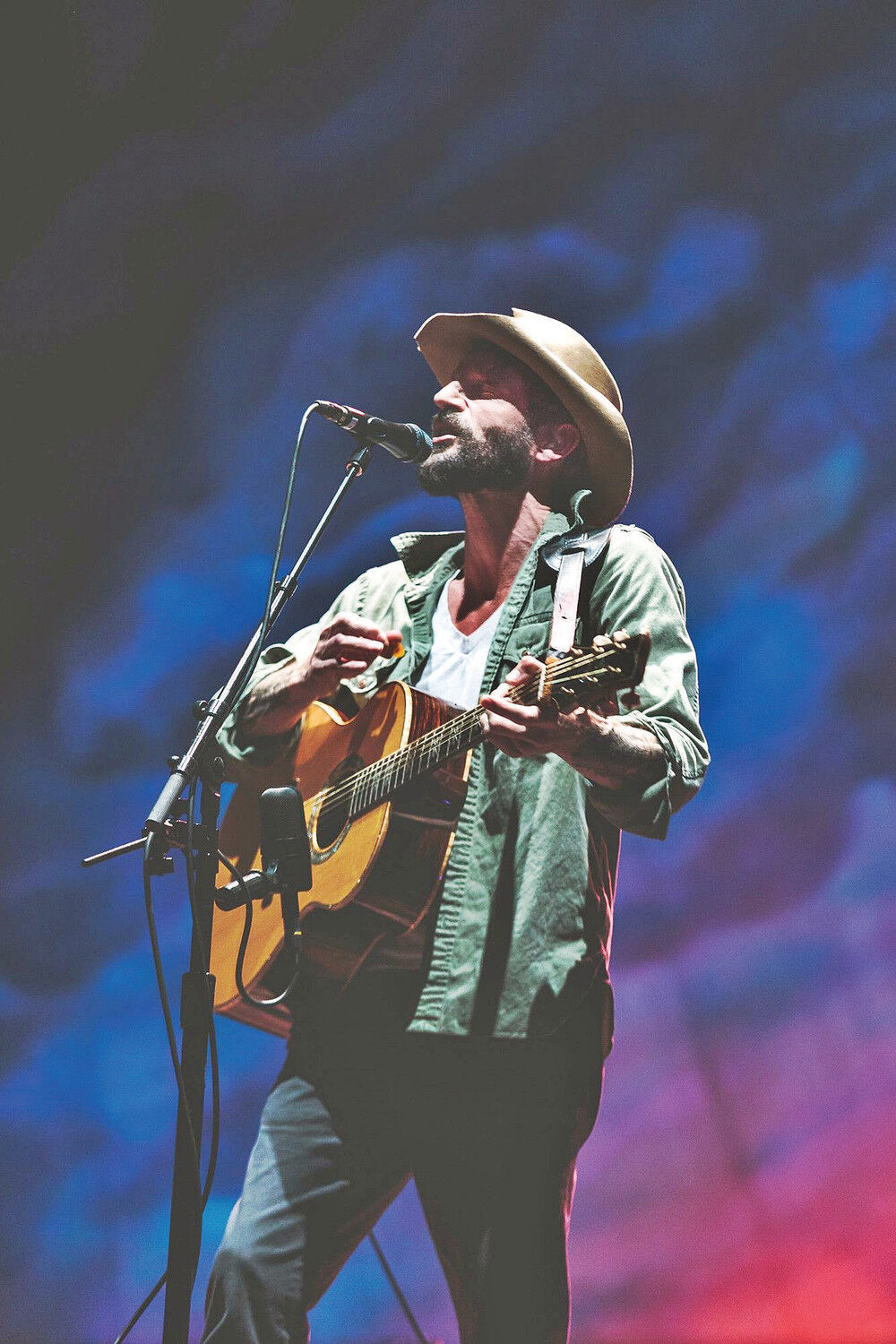 Ray LaMontagne will play at Mass MoCA on Saturday, June 29.

LaMontagne's show will draw heavily from his newest album "Part of the Light."

Ray LaMontagne will play at Mass MoCA on Saturday, June 29.

NORTH ADAMS — It has been almost a decade since Grammy award-winning singer-songwriter Ray LaMontagne and his wife, poet Sarah Sousa, bought an early-19th-century farmhouse near Berkshire County.

"I just have fallen in love with it," the Ashfield resident told The Eagle during a recent telephone interview. "It's beautiful. It's quiet. There are so many healthy, working farms around, which is really lovely to see. ... And the artistic community — there are so many craftsmen and artists in that area; I think it just draws people there. It draws creative people there, and I don't know why that is."

The town's citizens didn't treat the famous folk rocker like someone invading their territory.

"Unlike any other place I've ever lived, I feel like the community welcomed me in a way that was unusual. There was no outsider energy, any of that, right from Day One. That's not a very common thing," the 45-year-old said.

Aside from a couple of weeks spent on the coast of Maine every year, the only time the New Hampshire native leaves Ashfield these days is when he's touring. He is currently in the midst of one, sharing the stage with Neko Case during a six-week slate that includes a stop at the Massachusetts Museum of Contemporary Art on Friday, June 29. While the North Adams institution is less than an hour's drive from his house, LaMontagne said he hasn't visited the museum yet.

"This will be my first time, although, I've heard wonderful things from many, many, many people," he said.

The "Part of the Light Tour" follows the May release of his seventh studio album. A continuation of LaMontagne's expansion into psychedelic rock after acoustic beginnings, "Part of the Light" is a direct response to tumultuous times.

"A lot of these songs are me talking to myself, trying to focus on how beautiful life is," LaMontagne told the Houston Press before a Texas show earlier this month.

While LaMontagne said that he hasn't watched TV since he was 18 years old, he stays apprised of current events.

"We all want to know what's going on, so I check in from time to time like everybody, probably once a week or so just to see what's happening. ... It's just sad. It's a lot of sadness," he said.

"I'll get through these chains / Somehow, somehow," LaMontagne sings on "Such a Simple Thing."

Like the rest of the album, the song was recorded at LaMontagne's home studio.

"It just is a much more pleasant place to work, I think, than a lot of — not all — but many commercial studios, where it's quite dark and isolating and [there's] unnatural light," he said.

The band backing him included musicians from Mass MoCA-staple Wilco and My Morning Jacket, which played last summer at the museum. The group's frontman, Jim James, produced LaMontagne's last record, "Ouroboros." This album was self-produced.

"I know exactly what I want, so this time I felt I just wanted to go directly to the source and not have any filter between me and the music," he told Billboard.

It's the first time LaMontagne has produced his own album since 2010's "God Willin' & the Creek Don't Rise." Crafted in the confines of his newly acquired farmhouse, the record won a Grammy award for best contemporary folk album; one of its tunes, "Beg Steal or Borrow," was nominated for best song of the year.

LaMontagne had already built a substantial following by that time. The former Maine shoe factory worker released his debut record six years before "God Willin'." "Trouble" was certified gold and included hits such as the title track and "Jolene."

"Cocaine flame in my bloodstream," the song memorably begins.

In 2006, "Till the Sun Turns Black" added "Let It Be Me" and "You Are the Best Thing" to his hit list. But spectators shouldn't anticipate hearing them when he plays in North Adams. Set lists from previous stops on this tour draw heavily from "Part of the Light" and focus on his post-Grammy albums. Some reviewers have lamented that decision, but LaMontagne has no regrets, noting that he has a new record to promote and a limited amount of time to play on a given night.

"If people have expectations that [at] every show I'm going to play the songs I wrote when I was 26 years old, that's on them. That has nothing to do with me. They would see somebody lose their mind very quickly if I had to sing the same songs every show for my entire career," he said.

He also cited his experiences as a spectator to support his stance.

For his biggest fans, LaMontagne's elusiveness — he says little during shows — remains one of his performances' charms. Singer-songwriter Neko Case, the artist opening for him on this tour, is far more outspoken. For example, The New Pornographers member is a prolific Tweeter. (LaMontagne, by contrast, is uncomfortable with "screens.") Yet, like LaMontagne, Case just put out a new album. "Hell-On" is the rocker's first solo record in five years. It is receiving raves since its June 1 release

Case's songs can be ominous. As she sings in the title track, "Be careful of the natural world."

The Checkup for April 21: Countdown starts to resumed movies at Berkshire Mall