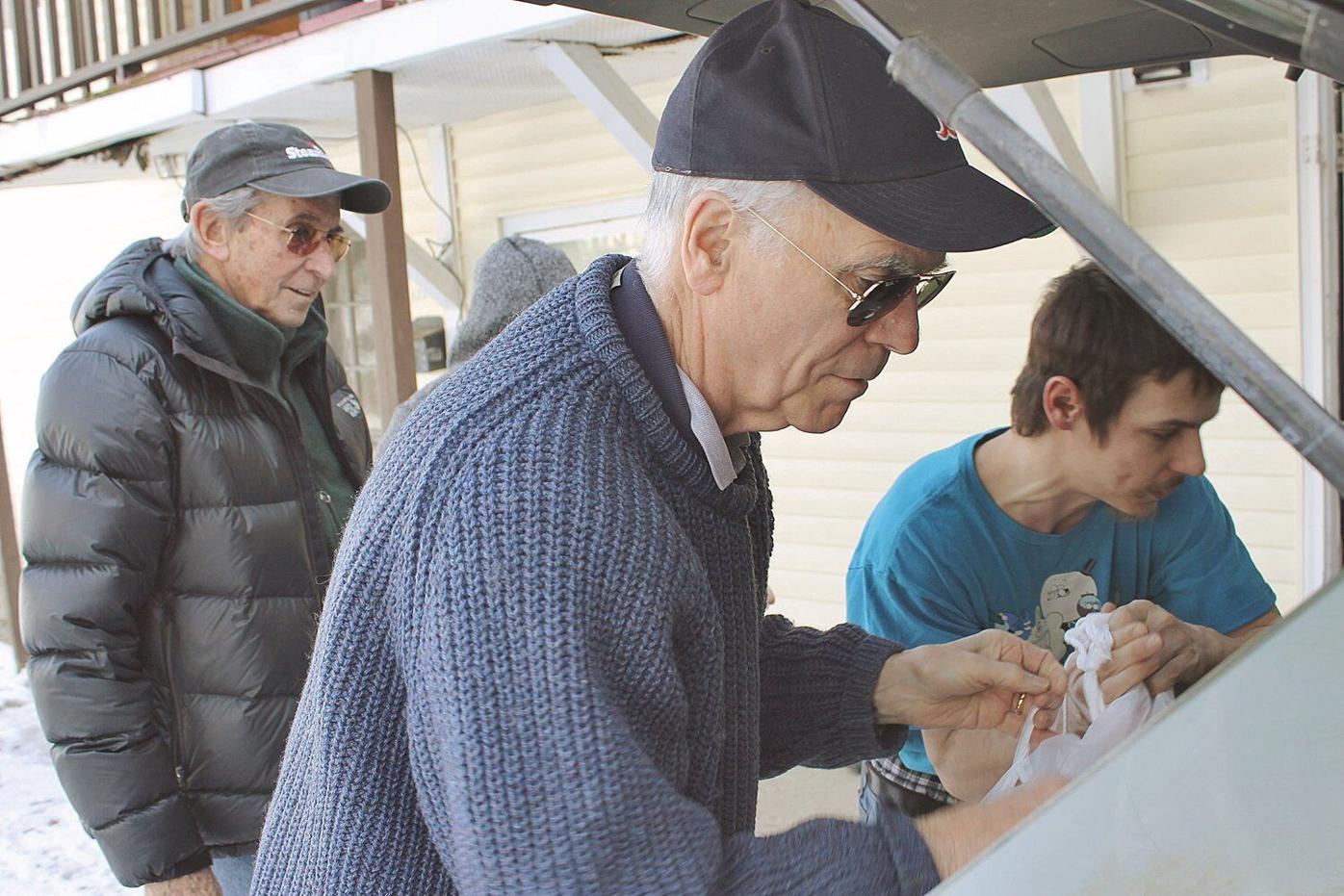 Jim Carr, foreground, unloads groceries Wednesday after delivering them from the Al Nelson Friendship Center Food Pantry to the home of one of the pantry's visitors. 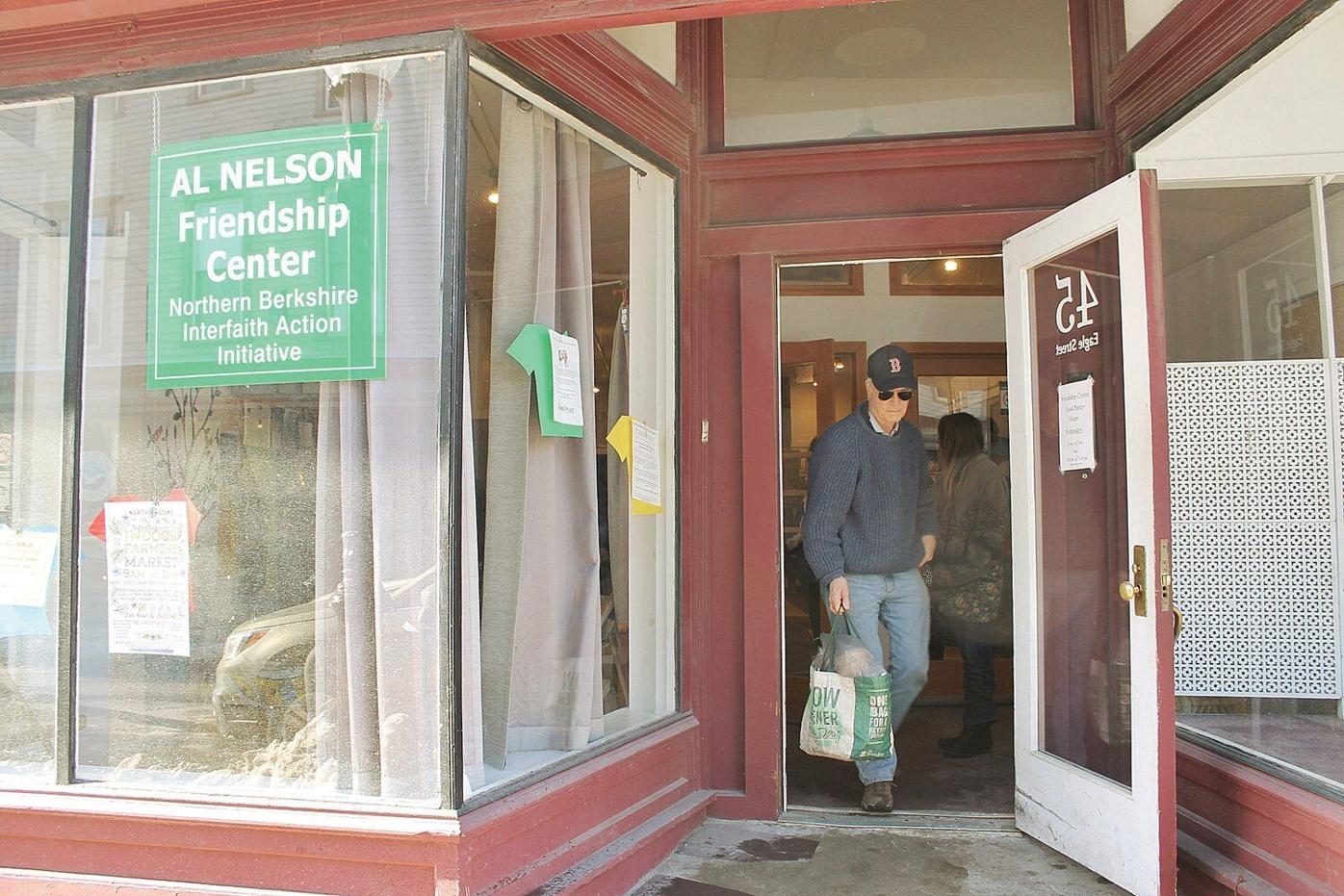 Volunteer Jim Carr takes a bag of groceries out the door as he departs from the Al Nelson Friendship Center Food Pantry in North Adams in January. 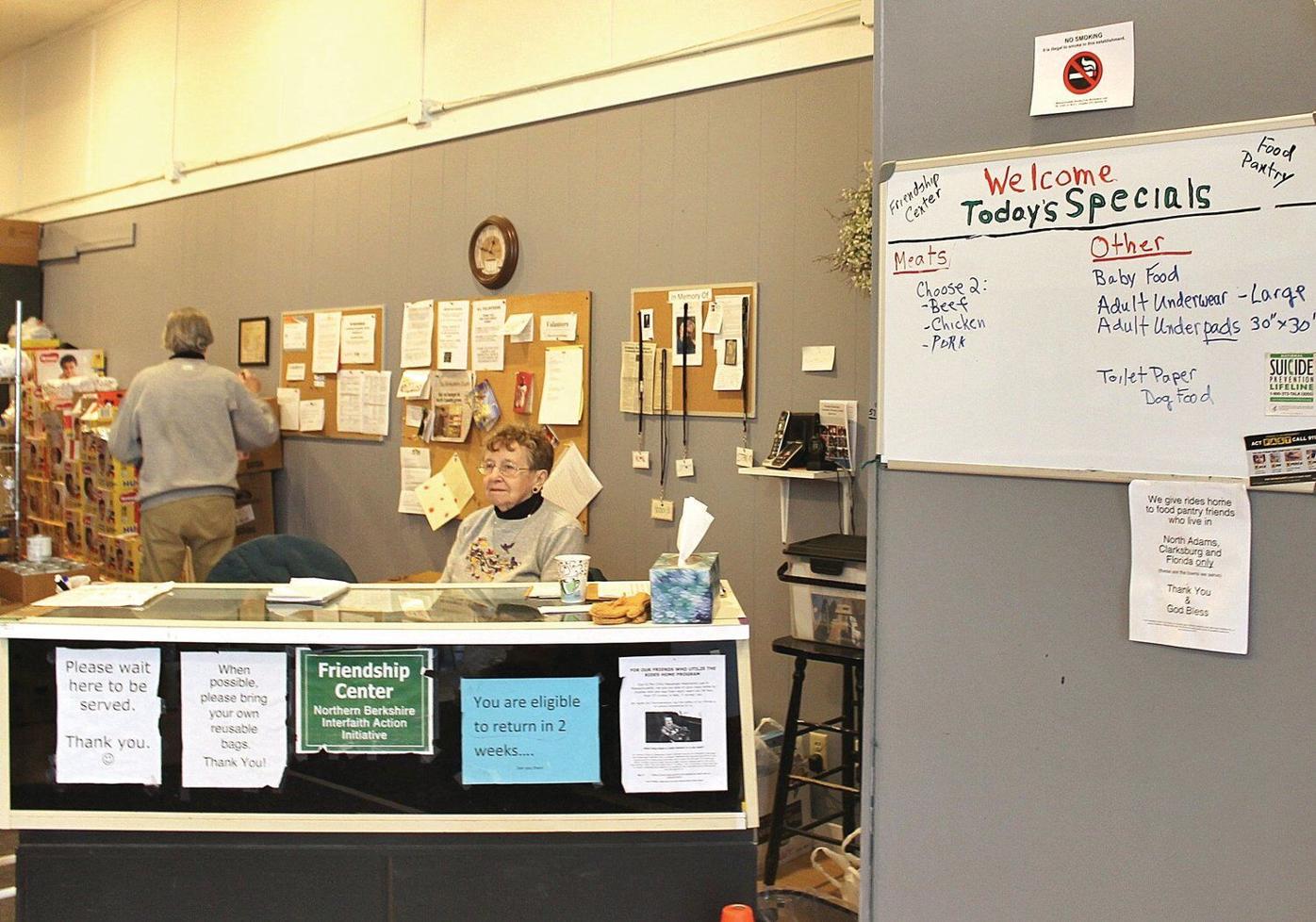 Visitors to the Al Nelson Friendship Center Food Pantry in North Adams can ask to get a ride home from the pantry's volunteer drivers.

Jim Carr, foreground, unloads groceries Wednesday after delivering them from the Al Nelson Friendship Center Food Pantry to the home of one of the pantry's visitors.

Volunteer Jim Carr takes a bag of groceries out the door as he departs from the Al Nelson Friendship Center Food Pantry in North Adams in January.

Visitors to the Al Nelson Friendship Center Food Pantry in North Adams can ask to get a ride home from the pantry's volunteer drivers.

NORTH ADAMS — Fighting hunger in the Berkshires, as the Al Nelson Friendship Center Food Pantry has discovered, has a lot to do with transportation.

Many visitors to the pantry do not own a vehicle, and public transportation can be inconvenient, infrequent or costly. So, they'll walk up to 2 miles to get to the volunteer-run pantry, which has served families in North Adams, Clarksburg and Florida since opening in 2011. But, walking back home with a two-week grocery load can be quite difficult, particularly during cold and icy winters.

"We said, 'Instead of us giving you money, what do you need?'" said Phil Smith, who offered his help to the pantry in 2015 as a member of the outreach ministry team at First Congregational Church in Williamstown. "They said the biggest problem was getting people home with their food."

The pantry initially bought taxi rides for people who asked for help getting home, but, in 2015, Smith helped start a volunteer driving initiative. In pairs, drivers take two-hour shifts Wednesdays, the day the pantry is open, picking visitors up from the pantry and taking them to their homes with their groceries. For those who are physically unable to walk to the pantry, drivers also deliver.

"In the idea of a faith-based interaction with people, we said, `This would be a great way for us to serve our friends and neighbors in a way that would break down barriers,'" said Mark Rondeau, co-founder and board president of the Friendship Center and the Northern Berkshire Interfaith Action Initiative.

Volunteers gave 1,354 rides in 2019, saving the pantry nearly $10,000 that it would otherwise have spent on taxis, which cost around $7 a ride. The money saved goes back to buying food and other supplies.

Davone Stovall usually walks to the pantry, but he has had two hip replacements and can't do much lifting, so, he appreciates getting help with carrying his groceries.

"It helps me to get situated before the troupe get home," said Stovall, who lives in a household of six. "I can kind of get in and get dinner started."

On Jan. 15, one woman fell and broke a finger while walking to the pantry. She went to an emergency room for her injury, but two drivers later brought food to her door.

The Friendship Center is about "just helping people out" in any way possible, said Rich Davis, its food coordinator. It also has a nurse on duty and does clothing sales, so the volunteer driving initiative fits in with the Friendship Center's work.

"We said, `We're going to treat the people who come here like we treat our friends,'" Davis said. "That's why we called it the `Friendship Center.'"

Smith, who drives for a shift nearly every week, can take many people home by memory, and he often forms relationships with frequent passengers.

"You get all sorts of people, all sorts of conversations," Smith said. "There was one guy who used to go to Mohawk Forest, and he would always ask to buy cigarettes and beer at the local variety store. We thought, `Why not?' You try to be as accommodating as you possibly can. You try to treat people well."

Rondeau said there are "all kinds of different reasons" why people might need food and that going to a pantry should come with no stigma.

Transportation issues are a major cause of hunger in the region, said Andrew Morehouse, executive director of The Food Bank of Western Massachusetts. The Friendship Center is a Food Bank member agency.

"Households at risk of hunger in rural communities, like many in the Berkshires, confront unique challenges to access healthy and affordable food," Morehouse said. "Public transportation is one of many such challenges; it is either too infrequent or nonexistent."

Pete Gazzillo, director of nutritional health at Berkshire Health Systems, estimates that at least one in 10 Berkshire households struggles with food insecurity, and he named addressing transportation gaps as a priority in a Sept. 28 column for The Eagle.

Morehouse said that mobile food banks (Berkshire County currently has four — in Adams, North Adams, Dalton and Great Barrington) are one solution to the transportation barrier, but more are needed.

In an ideal world, Rondeau said, people would not need to go to the Friendship Center to get help. But, in an imperfect world, it does the best it can to serve community members in need.

"We're saving people from having to walk on the road with their 30 pounds of groceries," Rondeau said. "For the time being, I think the solution we have is the best that can be done."

In addition to providing food, Friendship Center volunteers said they hope the pantry can provide a sense of community and a sense of hope to help people get back on their feet.

Remembering a day at the pantry in December, Smith said, "One lady was walking out with her food — she didn't need a ride. I opened the door for her. [She said,] `Ah, it's snowing. It's Christmas!' The guy with me said, `Christmas was last week.' She said, `I didn't have a Christmas. Maybe with this, I can.'"