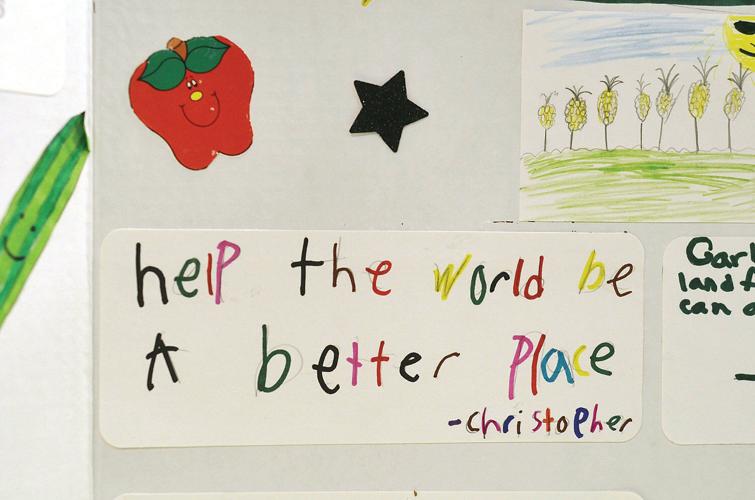 Fourth graders from Muddy Brook Regional Elementary School in Great Barrington made display boards explaining the composting system they have devised at their school, for display Saturday at the Berkshire Earth Expo in Pittsfield. 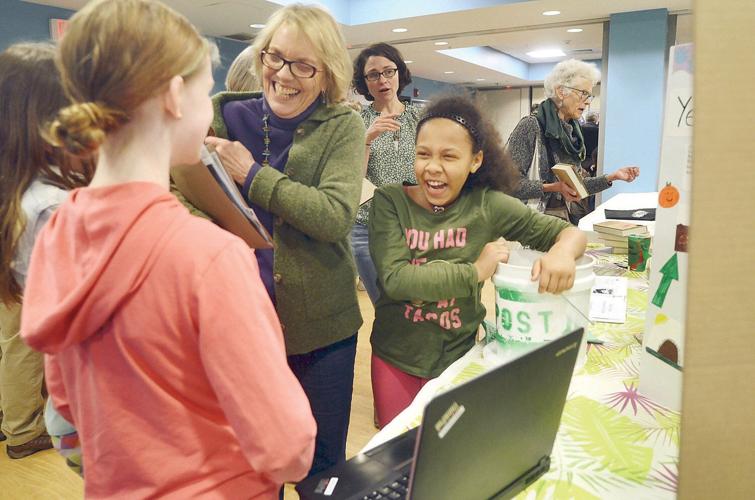 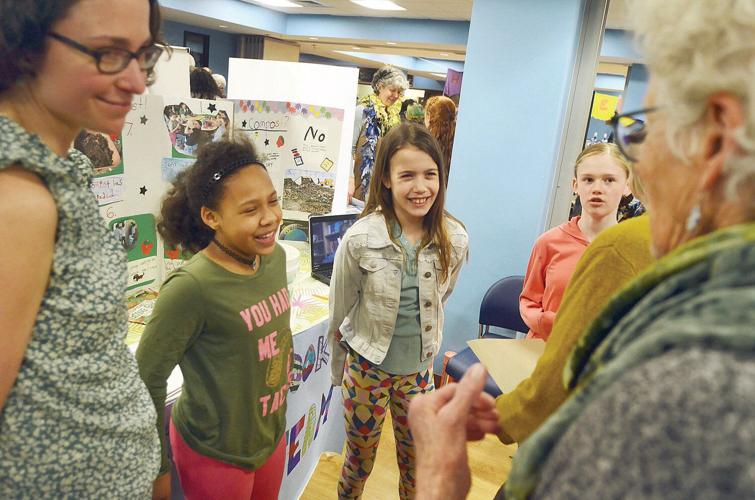 Fourth graders from Muddy Brook Regional Elementary School in Great Barrington made display boards explaining the composting system they have devised at their school, for display Saturday at the Berkshire Earth Expo in Pittsfield.

PITTSFIELD — The sky outside was gray, but the focus inside was completely green.

The fourth Berkshire Earth Expo drew hundreds to the Boys & Girls Club of the Berkshires on Saturday, where local schools, public officials and private enterprises shared their respective work to combat climate change.

The event is put on by Living the Change Berkshires, an environmental advocacy group.

This was the first year the event featured the work of local students, who are leading the charge in the fight against a warming climate. Students from across the region participated, explaining projects such as an effort by Muddy Brook Regional Elementary School to compost food waste.

"I think it's amazing; I'm blown away," said Judy Eddy, project manager for the event and a volunteer for Living the Change Berkshires. "I'm so impressed with young people today and their enthusiasm for taking on the challenges of our times — the most important one, in my mind, being climate change."

Part of the goal of Saturday's event was to bring together schools, the community, and local businesses and organizations that are all working to address climate change.

"We don't have a lot of interface between our schools, the government, organizations and institutions that are all trying to work on the same thing," Eddy said.

Tate Coleman, a student at Bard College at Simon's Rock, used the opportunity to explain his work to make the Berkshire Regional Transit Authority's service more efficient for passengers and environmentally friendly as chair of the Great Barrington Public Transportation Advisory Committee.

The Route 21 bus from Great Barrington to Lee, for example, is less efficient than if each passenger drove the route separately, according to Coleman's studies.

"Public transit is designed to have environmental upside. It's currently having quite the opposite effect, so, by optimizing the resources and advertising the services to get more people, you get more revenue," Coleman said.

Ynes Bourdon, a fourth grade student at Muddy Brook, helped lead the charge to swap out plastic straws for more environmentally conscious paper replacements, inspired, in part, by stories about a plastic straw stuck in a turtle's nose.

"People are just throwing them away; they're ending up on beaches and in landfills," Ynes said. "We talked to our principal and stopped using plastic straws — we got paper straws."

Isabelle Salgado, a seventh grade student at the Hopkins Academy in Hadley, demonstrated her experiment on the albedo effect, explaining how darker surfaces absorb more light while lighter surfaces reflect it back toward the source.

"It has a big impact on global warming because the more that the ice melts, the faster it will melt, because it reveals the ocean, which is a darker surface," Isabelle said, adding that a darker surface absorbs more light — and heat.

Isabelle demonstrated the effect with a heat lamp over two blocks of ice — one darkly colored and one light.

"I came up with this experiment because my favorite animals are penguins," Isabelle said.

As part of the "Cooler Communities Challenge," visitors were encouraged to fill out a survey to assess their individual carbon footprint. The form gleaned details like the average miles per gallon of participants' cars and the quality of home insulation.

The form also listed individual carbon-saving solutions that participants could pledge to undertake, ranging from upgrading a water heater to scheduling a home energy audit.

The goal of the challenge, which is also new to the event, is to revisit the pledges and calculate just how much the community's carbon footprint has improved.

"We're going to contact people over the summer and find out how they're doing with their goals, and then we're going to calculate how much carbon footprint was reduced because of this event today," Eddy said.

And, as a bonus, each carbon tracker form completed resulted in a $5 donation to Berkshire Children and Families from Living the Change Berkshires.