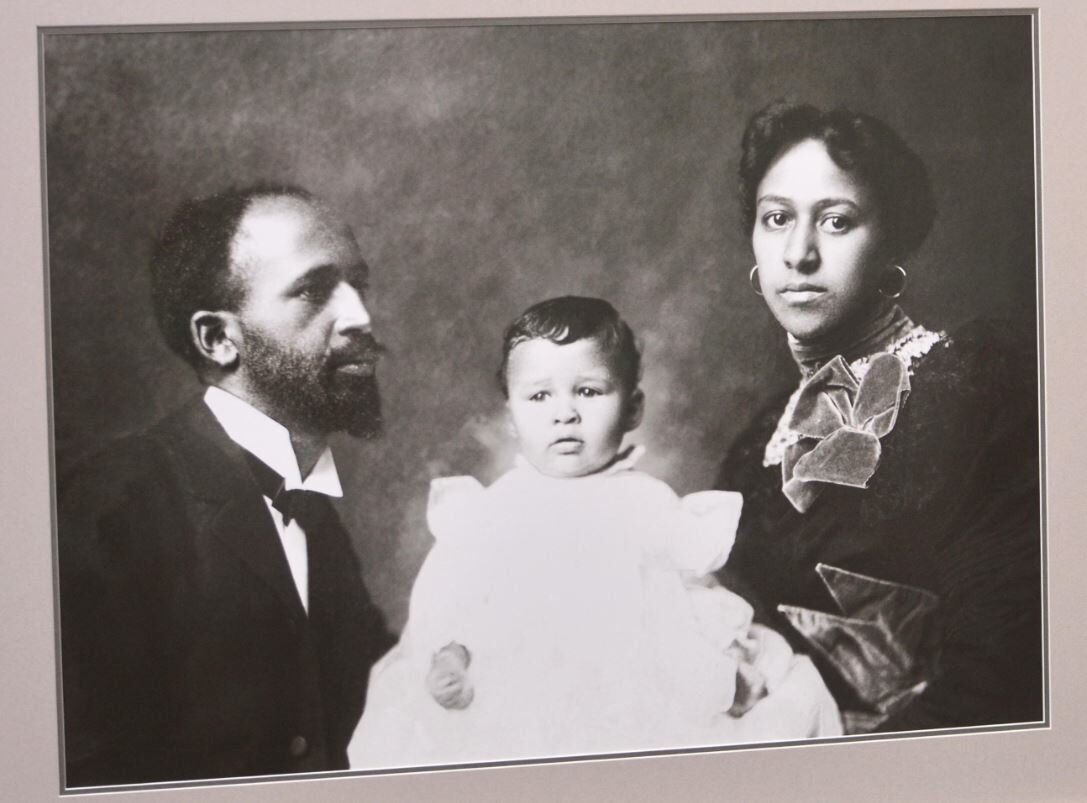 W.E.B. Du Bois with his wife, Nina, and their toddler son, Burghardt, in Philadelphia in the 1890s. His son later died of diphtheria because a child of color could not be treated for any such illness. 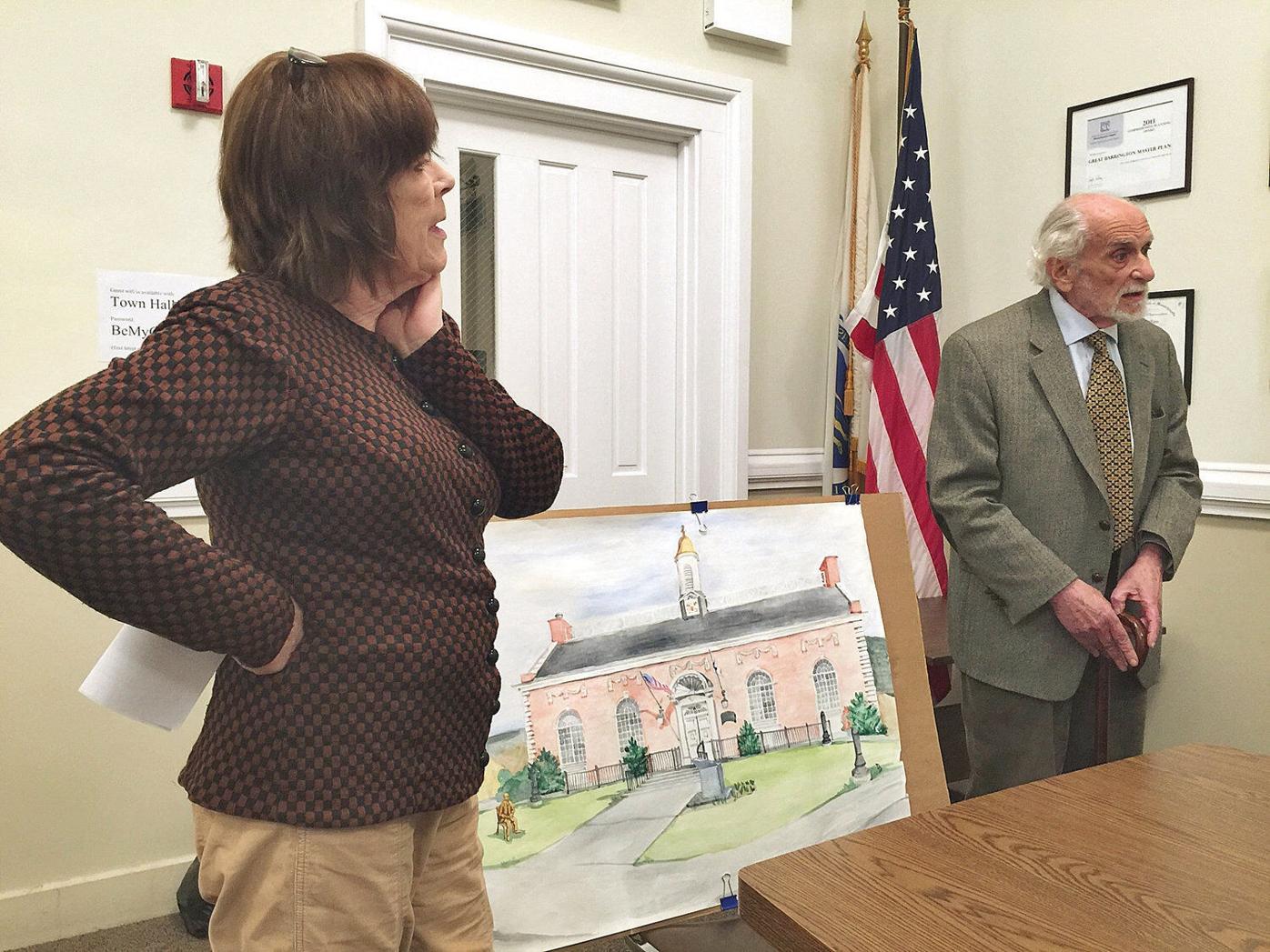 Freke Vuijst, left, and Daniel Klein talk to the Historic District Commission on Thursday about their proposed sitting statue of W.E.B. Du Bois at the Mason Library in Great Barrington. The couple plans to raise between $80,000 and $100,000 for the statue, a rendering of which can be seen in the lower left of the drawing between them. 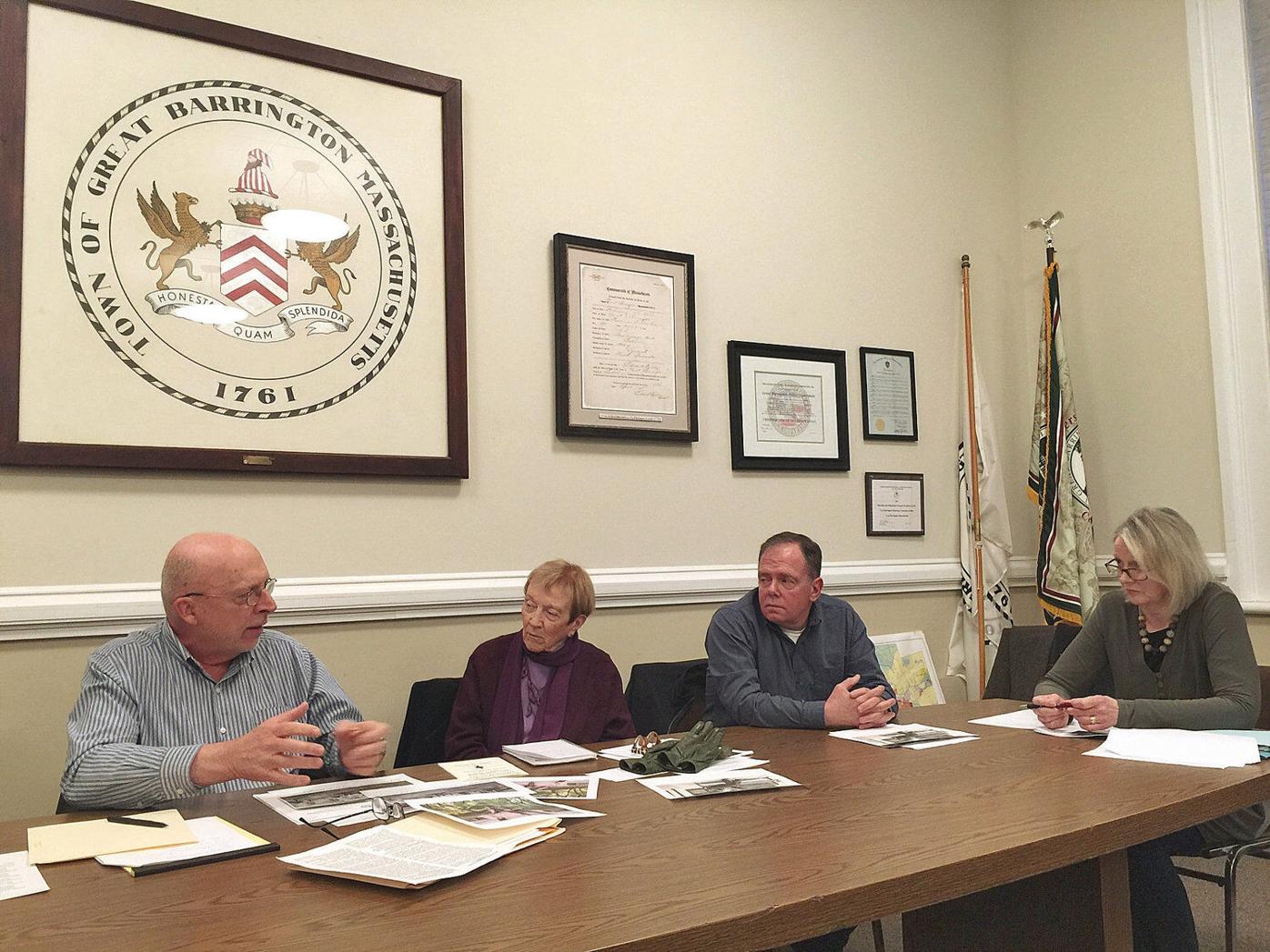 W.E.B. Du Bois with his wife, Nina, and their toddler son, Burghardt, in Philadelphia in the 1890s. His son later died of diphtheria because a child of color could not be treated for any such illness.

Freke Vuijst, left, and Daniel Klein talk to the Historic District Commission on Thursday about their proposed sitting statue of W.E.B. Du Bois at the Mason Library in Great Barrington. The couple plans to raise between $80,000 and $100,000 for the statue, a rendering of which can be seen in the lower left of the drawing between them.

GREAT BARRINGTON — W.E.B. Du Bois needs a place to sit and hold court near Main Street. But right now, where that will be is still in question.

The proponents of an initiative to place a life-size bronze Du Bois sitting on a bench on the Mason Library lawn stood before the Historic District Commission on Thursday during a public hearing about their proposal.

But instead of a vote by the commission, it was more an exploration that, at one point, threatened to turn rancorous at a mere hint from Chairman Donald Howe that he might be questioning this tribute to Du Bois.

He said he wasn't but took issue with the placement of the statue on the lawn, which he thought didn't balance well with the location of the metal book return box, nor with the traditional architecture of the library.

And in the end, a lively conversation was had about aesthetics of the lawn location, and what might be a better alternative of placing it adjacent to the sidewalk.

"It's a strange location," said Howe, an architect. "I think it's a weak spot for it. I envision a bench on the sidewalk as more appropriate."

When the idea first came before the Library Board of Trustees, it came under fire from veterans and others who said they objected to Du Bois' turn to communism late in life, and to placing a statue of the controversial Great Barrington native on prominent town property.

In a vote, the trustees last year had unanimously approved the concept, but had not seen any drawings yet.

It all came as the town began the first of what would become an annual celebration of Du Bois after decades of reticence. Earlier attempts to memorialize this NAACP co-founder divided the community.

But now, for instance, a photograph of Du Bois, his wife and infant son hangs in the Town Hall meeting room. So does a copy of Du Bois' birth certificate.

Noting that on Thursday, statue initiative drafters Daniel Klein and his wife, Freke Vuijst, are part of the momentum to make the town's most famous son more visible. They plan to privately raise the $80,000 to $100,000 to commission and install the memorial, but are now faced with a "chicken and egg problem," they say, since they need to know where they will place it before the fundraising can begin.

But when Howe questioned the direct historical connection between Du Bois and the library, and wondered if the First Congregational Church that Du Bois attended might be more appropriate, other committee members jumped in.

They suggested that Howe was nitpicking.

Julie Fagan said the Mason Library was dedicated in 1913, when Du Bois already had left town. Had there been a library when he lived here, there likely would have been a strong connection, she added.

"I would agree that his entire life was built on reading and books," she said.

But Howe countered that he was being specific for a reason and simply raising the question of historical location.

James Mercer didn't let the debate go any further, and suggested that Klein and Vuijst consult with town officials about locations. He said that more information about the statue — and a clearer directive from the library — was needed before the committee could act.

"I think a tribute to Du Bois is long overdue," he said. "I appreciate your initiative, and I think it's a wonderful idea ... whether it's at the library or Town Hall or somewhere in between."

Klein said he was intrigued by the idea of placing the statue next to the sidewalk, which Howe suggested would do what life-size statues on benches usually do — create an element of surprise where people are moving.

He said placing it on the lawn near the library is aesthetically awkward, since there's nothing to balance it in front of the traditional-looking building.

Moving it closer to the sidewalk, Howe added, "gives it a reason to be."

But Howe put everyone at ease.

"I think we all want to see a statue," he said.