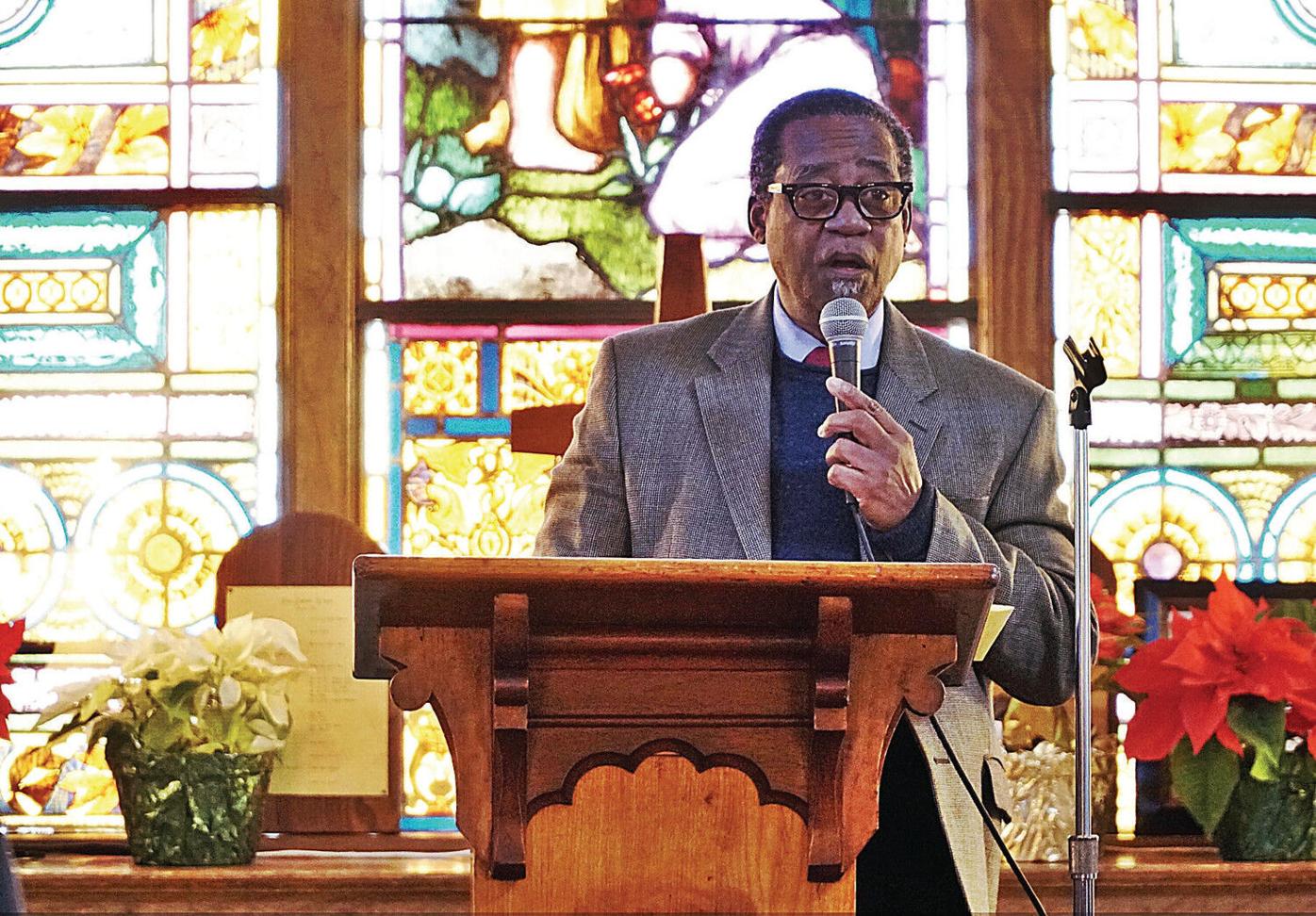 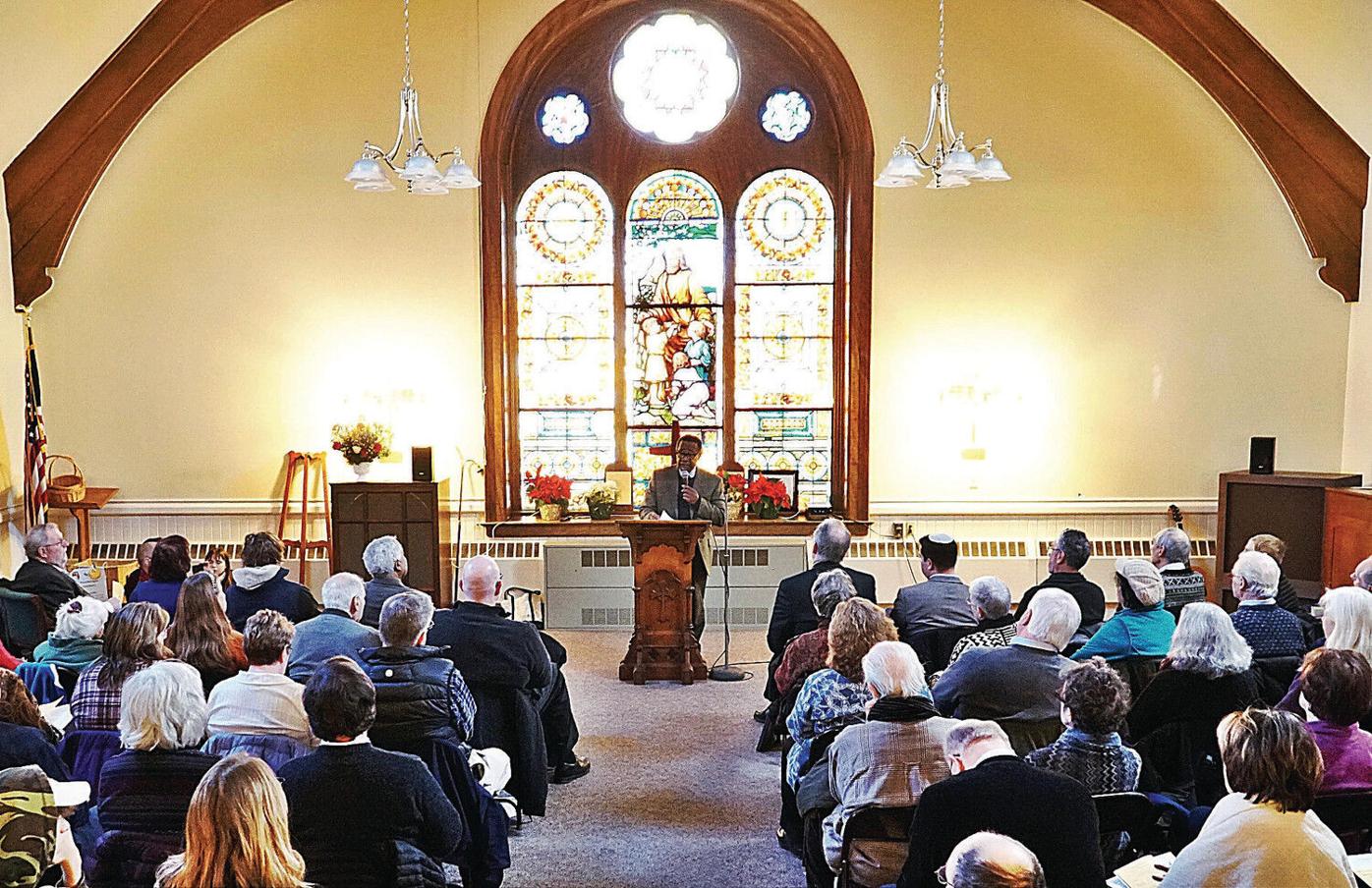 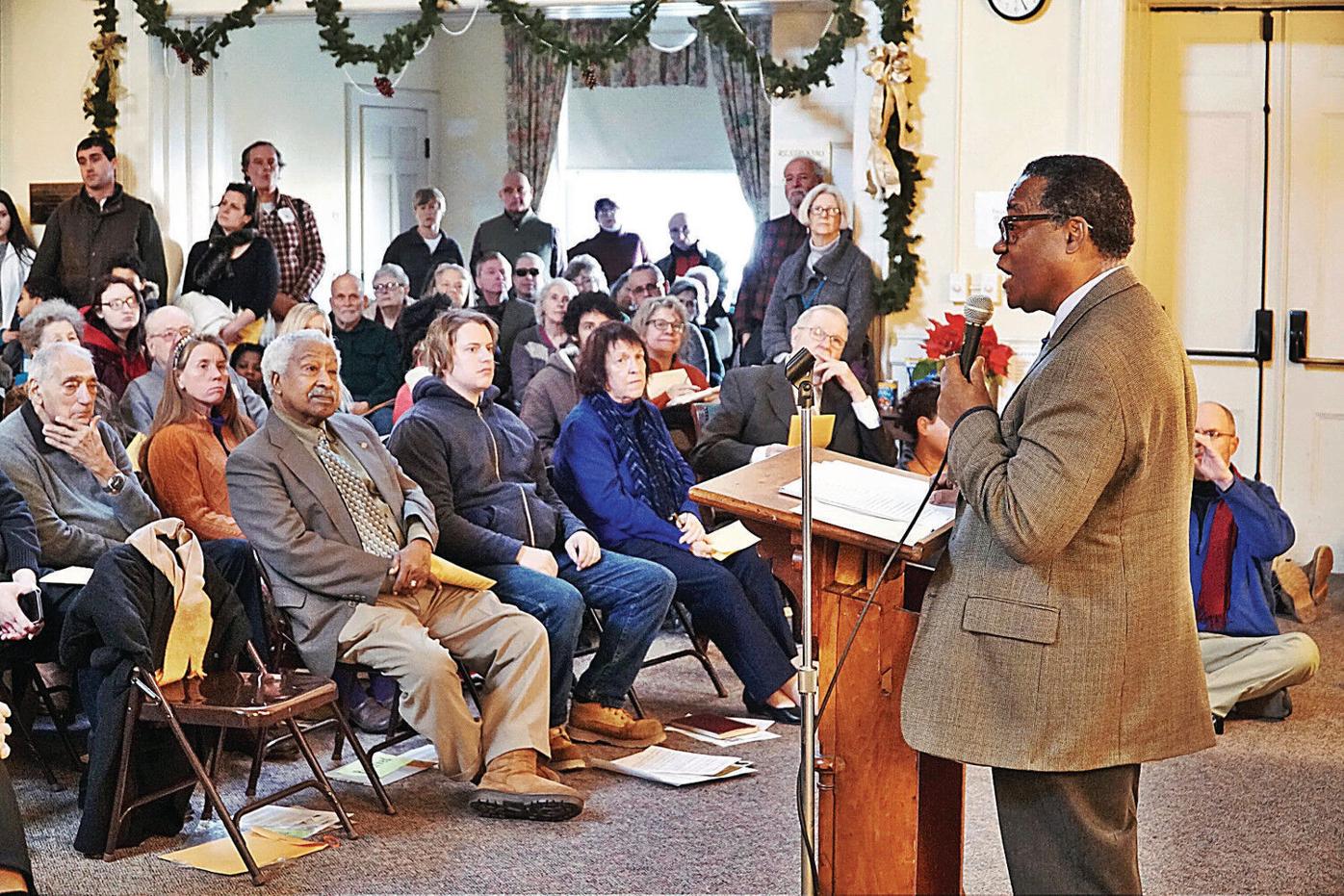 GREAT BARRINGTON — From the packed parish room at First Congregational Church, a call was made for grace, compassion, love and fearlessness.

But one speaker at Monday's Martin Luther King Jr. Day interfaith service also dialed a wake-up call reminder of the messiness and reality of the struggle for all forms of equality, and the disservice done to a man when his legacy is enshrined without deeper context.

"King had to struggle within himself against the attitudes that he wanted to change in society as a whole," said Wesley Brown, a professor at Bard College at Simon's Rock.

Brown, an author and playwright, described the "complexity" of the civil rights movement, and how even charismatic and powerful black women played second fiddle to a "hierarchy of male ministers."

One was Ella Baker, who worked for the NAACP, the Southern Christian Leadership Conference, and the Student Nonviolent Coordinating Committee, which Brown also worked for in the 1960s.

"At the time, Martin Luther King was of the opinion that leadership `never sends from the pew to the pulpit, but descends from the pulpit to the pew,' which was at odds with Baker's belief of people-oriented leadership rather than leader-oriented people," Brown said.

As the first full-time executive director of the SCLC, just like at the NAACP, Baker was surrounded by men "who did not see black women providing leadership, but genuflecting unquestioningly to male authority."

Brown reminded the audience that the Civil Rights Act includes discrimination on the basis of sex, a part of the bill that, when introduced, was met with "uproarious laughter" by a congressman who also said he didn't think the bill would pass.

"[The congressman] was wrong about the bill ... but he was right about the persistence, 50 years later — despite the Title VII provision [of the Act] — of disparities in salaries, with women making 79-cents on the dollar compared to men."

The complexities from both within and outside the civil rights movement had King struggling, Brown said.

"He had not sought the mantle of leadership — it had been thrust on him by the Montgomery bus boycott."

Others struggled with King's methods.

There were, Brown added, "ceaseless attacks from both supporters and detractors."

And while it was unquestionable that King's charisma mobilized protests, Brown said, "the euphoria of those efforts dissipated soon after."

King knew there was a sea of regular people who were advancing the cause.

Both King and Baker believed that "the true agents of the changes that had occurred by 1964 ... were the un-celebrated black people who realized their potential to take possession of the freedom no one else could give them," Brown said.

It was the legacy of this epic struggle for freedom that found its voice at the church with robust rounds of "We Shall Overcome," and "Lift Every Voice and Sing," which was written by civil rights stalwart James Weldon Johnson, who had a summer home in Great Barrington.

Peter Wilson, who is from one of the town's remaining African-American families, sang a song about kindness and humility. And dancers from Olga Dunn Dance Company moved to several of Dunn's pieces inspired by King and the civil rights movement.

The service was also the start of the town's 150th Birthday Festival of native son and civil rights pioneer W.E.B. Du Bois, a man not unfamiliar with controversy.

Du Bois was also honored — more than $2,000 was collected at the service to continue planning for the restoration of the Clinton A.M.E. Zion Church, which is dedicated in large part to re-enlivening Du Bois' legacy here.

The giants were remembered. But Brown said in an age of "loose talk and official noise that now passes for public discourse in America," it is important for all people to speak up to injustice.

"The example of Martin Luther King's life should encourage us in the belief that we are always the people we have been waiting for."

Heather Bellow can be reached at hbellow@berkshireeagle.com or on Twitter @BE_hbellow and 413-329-6871