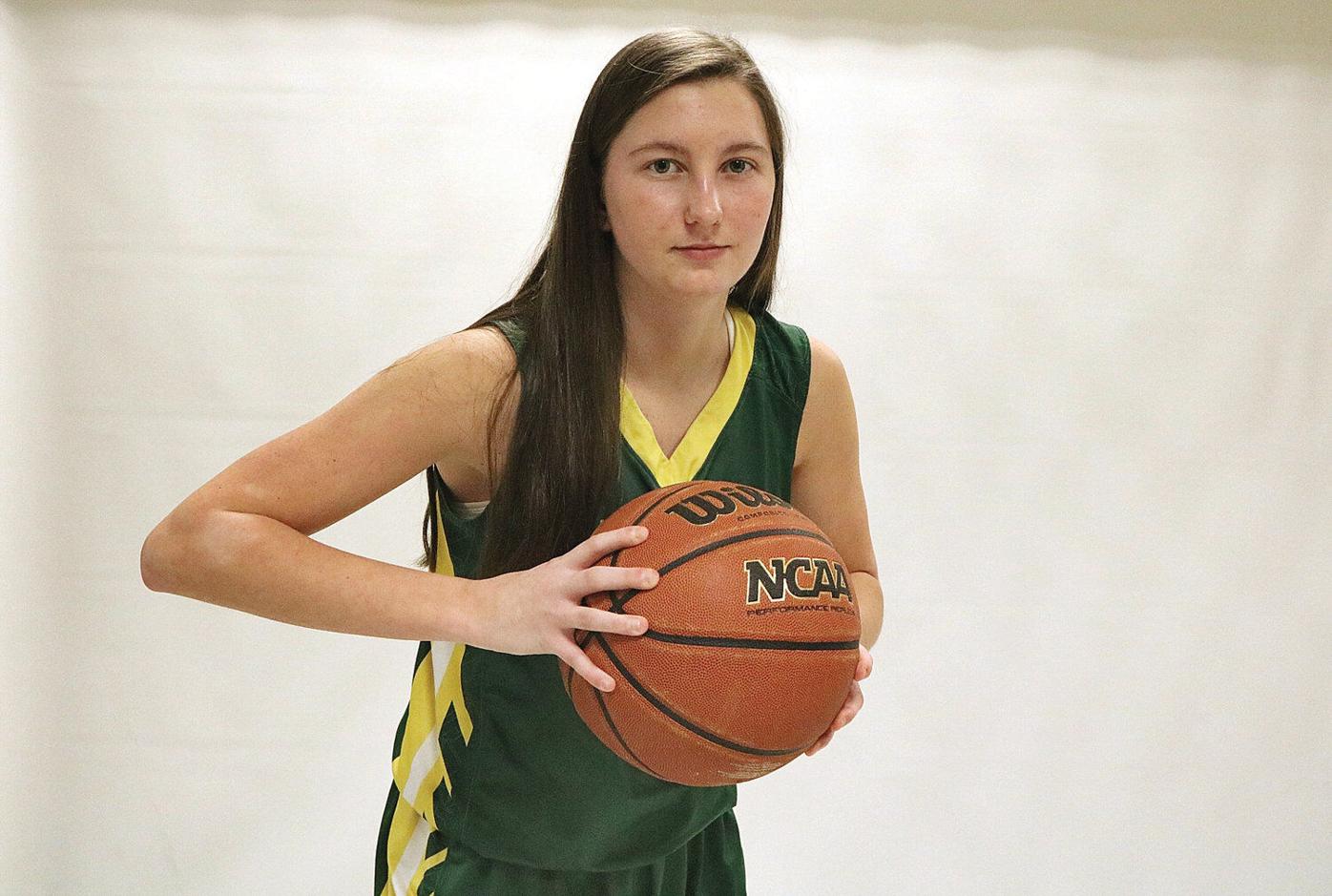 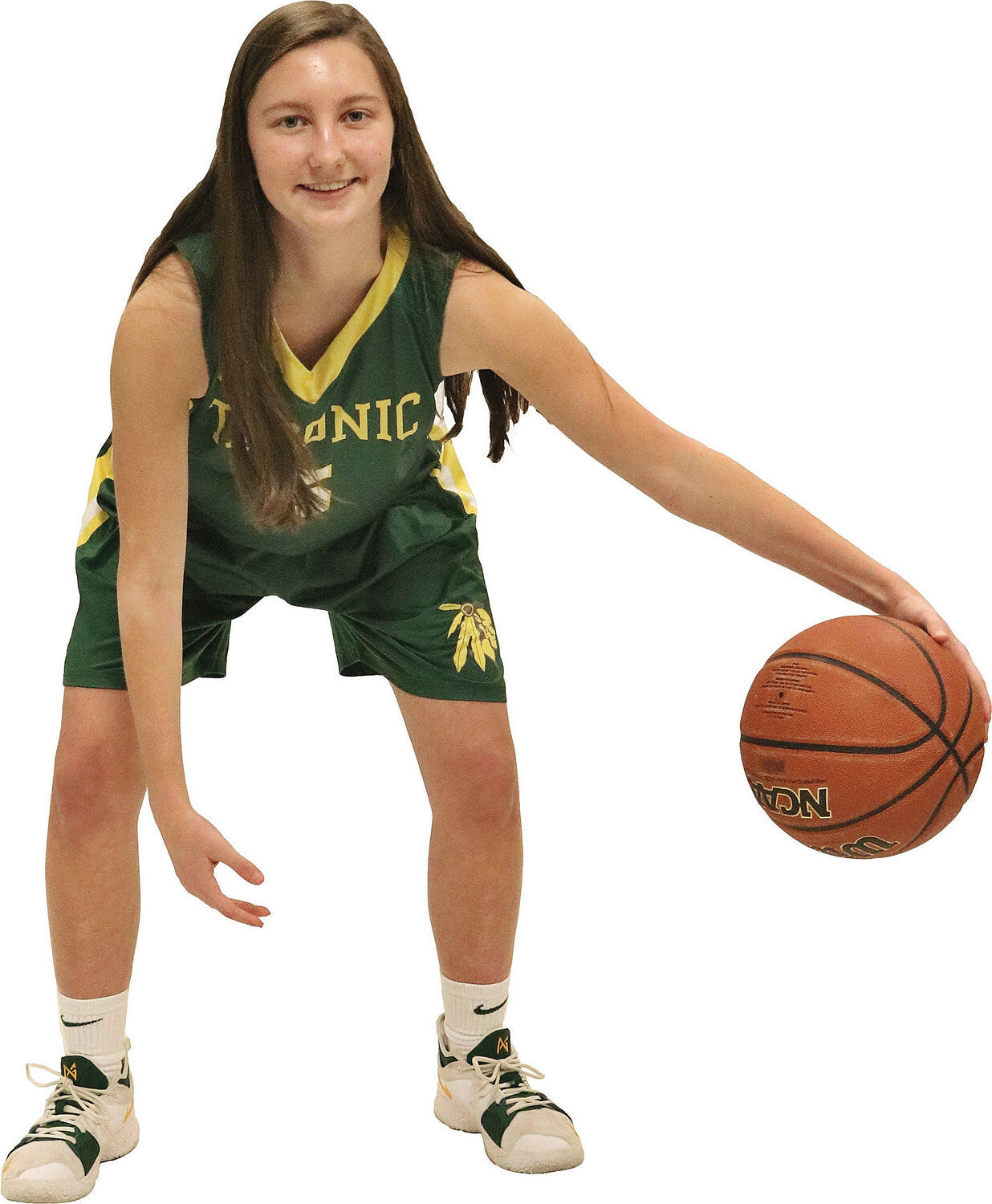 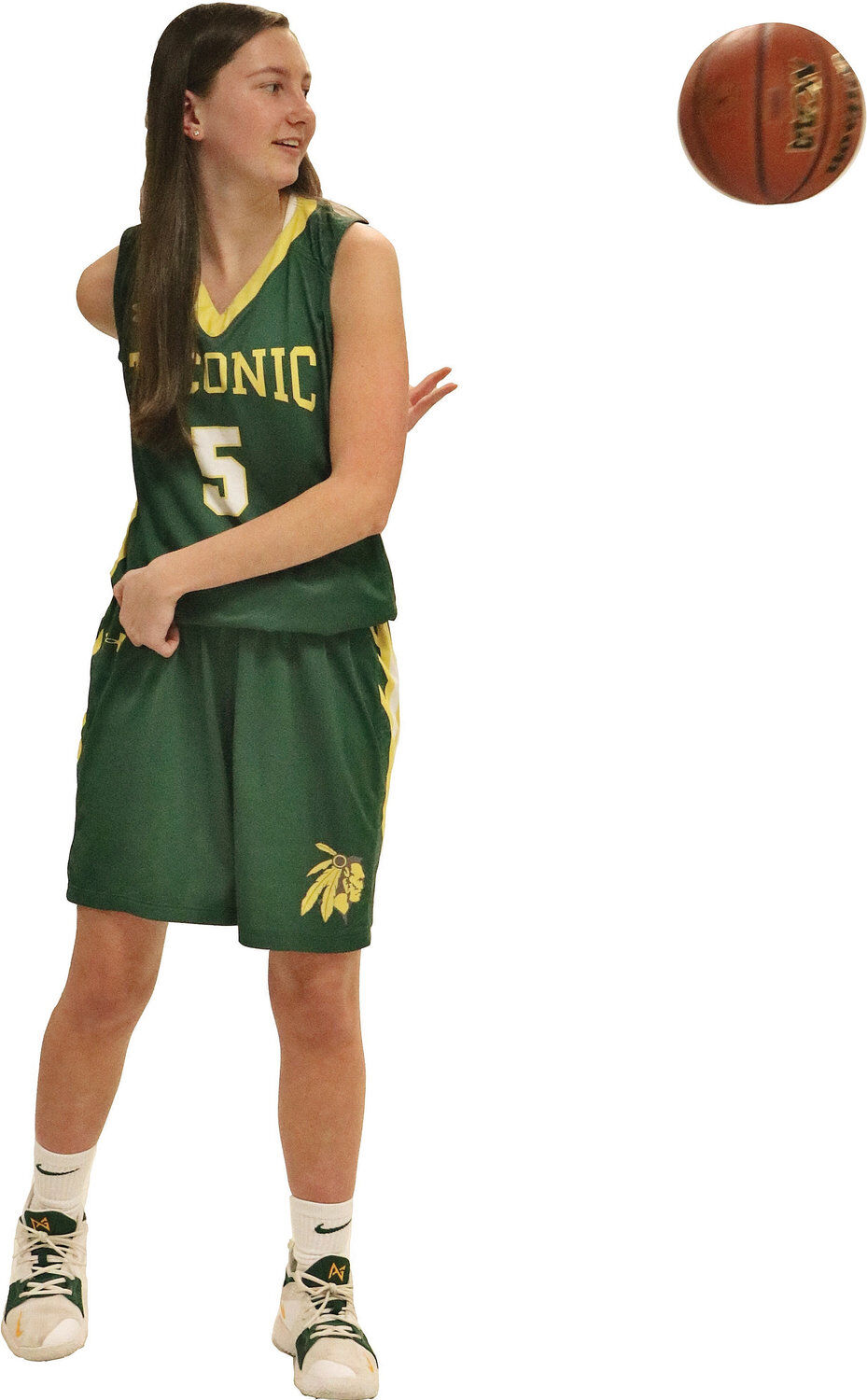 On Friday, Taea Bramer dropped 18 points to help lead her Taconic Braves by Pittsfield High in the quarterfinals of the Western Massachusetts Division II tournament. On Saturday, the junior standout dropped by The Berkshire Eagle offices for the Athlete Spotlight photo shoot and interview. Bramer chatted about her transferring into Taconic from PHS and her work on the floor with a whole new Braves' squad. She also opens up about the toughest foes in Berkshire County, a love of Grey's Anatomy and some grandfatherly advice she receives from Florida after big games.

THE BERKSHIRE EAGLE: Your team defense came up huge in the playoff win over Pittsfield; how has that come along?

TAEA BRAMER: We all played AAU with Kingsbread together over the summer, and that was one of the defenses we did. Kendra Buda, J. Curry and myself focus on pressuring the guards and taking away the return pass to try and get some quick steals.

EAGLE: How has the whole Taconic team developed with you three all being new to the team and then two starting freshmen?

BRAMER: The chemistry has been really good, it's all about trust. We work on always knowing that we can trust one another to be there for the passes. We tell each other to keep our heads up and work through whatever we need to.

EAGLE: What is the basketball origin story of Taea Bramer?

BRAMER: My mom and dad always played, so we were just always out in the yard. My older brother, Ty, would always shoot around with me. And at the [Boys and Girls Club of the Berkshires] I've played since second grade.

BRAMER: My older brother is 20, and I have a younger brother, Bo, who is a freshman at Taconic. They're always just beating up on me in the yard, but trying to make me better.

EAGLE: What's the plan for this week, preparing for Longmeadow?

BRAMER: We scrimmaged against them really early in the year. They're a good team, but we've got some film to watch. We'll break it all down, figure out their main players and they're defense. We'll see how they are in transition, because we like to run.

EAGLE: Who is the toughest cover in Berkshire County?

BRAMER: Probably Lexi Mercier at Hoosac Valley. Just because of the shooting.

EAGLE: Who is the toughest defender to score against in the league?

BRAMER: I've had to score against a few. A lot of teams don't really play man-to-man. The toughest defense overall is definitely Wahconah. It's a lot of pressure, so it's harder to get to the hoop, and we have to work to swing the ball and shoot from the outside, which isn't our strength.

EAGLE: What was it about Taconic that drew you in as a transfer this year?

BRAMER: I like the atmosphere a lot. The kids there definitely have a lot of school spirit, and they're all really supportive with everything. I've also enjoyed taking a psychology course and I like English.

EAGLE: What's the recruitment process like right now as a junior looking to play basketball in college?

BRAMER: Right now it's mainly getting yourself out there, through AAU, and also getting in contact with some coaches to see if they're interested in watching me.

EAGLE: The first sport you played as a Taconic student was soccer. What was it like going through that change with Kendra Buda?

BRAMER: We've been playing soccer since we were little, mostly together, sometimes against each other. So when we came out this fall, we really knew how to play together, and the rest of the team stepped up a lot too. Coach Giardina is a lot of fun too.

BRAMER: Well, I always have to put my left shoe on first.

EAGLE: What shoes do you wear?

BRAMER: I usually just wear Nikes, I'm not super into shoes or anything.

BRAMER: My mom usually makes pasta. I go for the gnocchi.

EAGLE: Who do you root for when you're not playing.

BRAMER: For basketball, I like the Duke men, and then the UConn women.

BRAMER: I'm in between shows right now, by I watch Grey's Anatomy a lot.

EAGLE: What do you do outside of sports?

BRAMER: I'm in Spanish Club, but mostly just hanging out with friends. On an off-day, my brother and I will go around and get some shots up in the backyard or at the Club.

EAGLE: What do you like most about living in Berkshire County?

BRAMER: I like how everybody basically knows everybody. The competition is always through the roof because we've grown up playing against each other. It was always fun playing Adams in the finals of all those tournaments back in third and fourth grade.

EAGLE: If you could have any super power, what would it be?

BRAMER: I'd probably go super strength. Mainly for like going to the hoop, you wouldn't get batted around. You could stay strong and finish a lot easier.

EAGLE: What's the story behind the name Taea?

BRAMER: Not really any story. My grandpa, Eddie, really liked the name and he came up with the spelling and everything. I grew up at their house all the time. He's the one who really helped me with basketball, foul shots and all that. Now they're in Florida, but they get all our game tapes and watch them down there. Then I'll get texts with pieces of advice on how I'm playing.

This interview was conducted, edited and condensed by Mike Walsh.