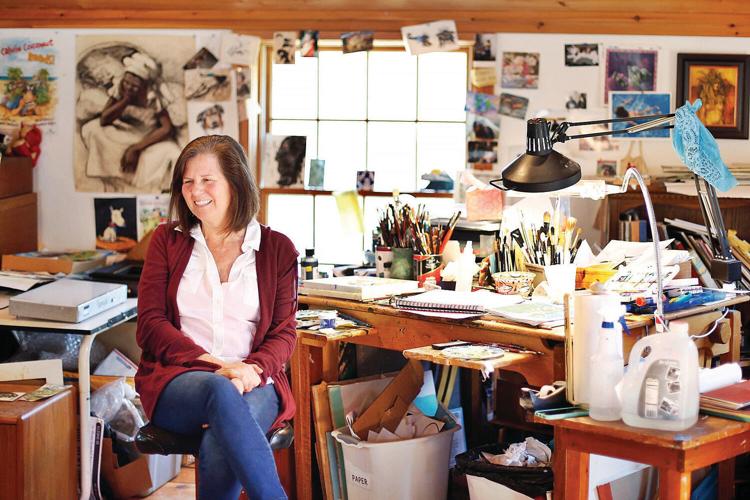 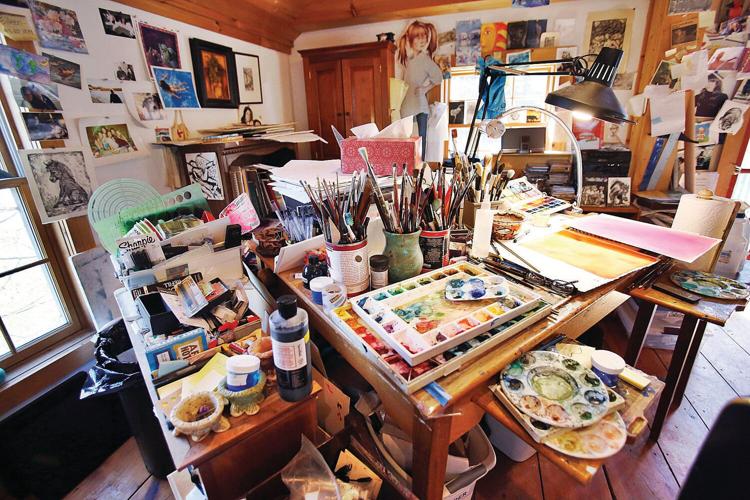 Rogers spends hours in her studio every day, but doesn't set a schedule for herself unless she's on a strict deadline. 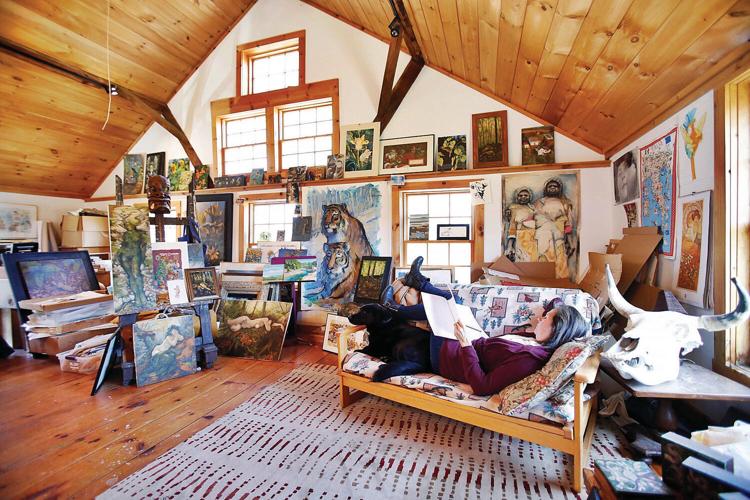 This corner of Rogers' studio is her favorite spot, where she can lounge on the couch with her dog Romeo and draw in her sketchbook. 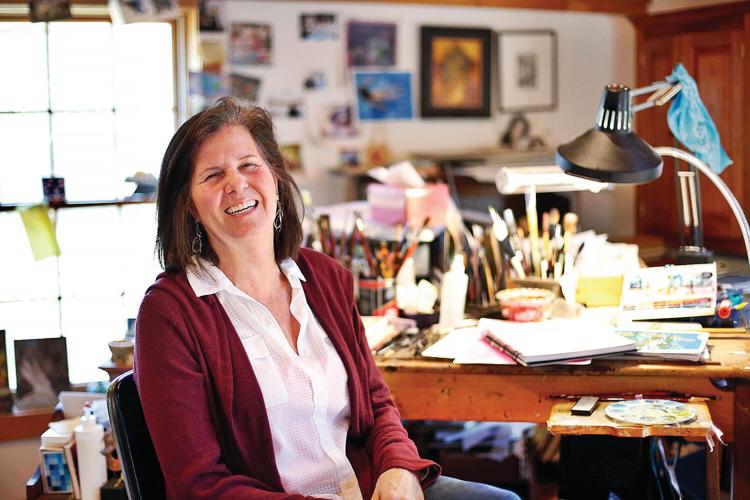 Illustrator Jacqueline Rogers has lived in Spencertown, N.Y. for 21 years. Her home studio is a treasure trove of creativity. 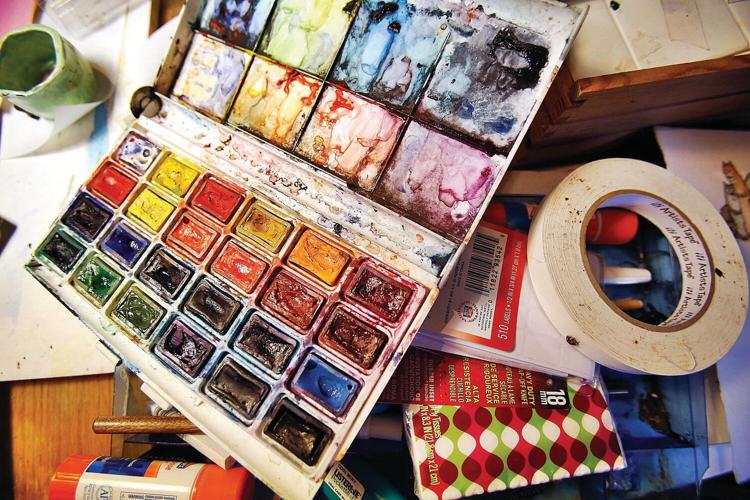 Rogers said she enjoys working with all types of creative mediums, including collages, clay and music. 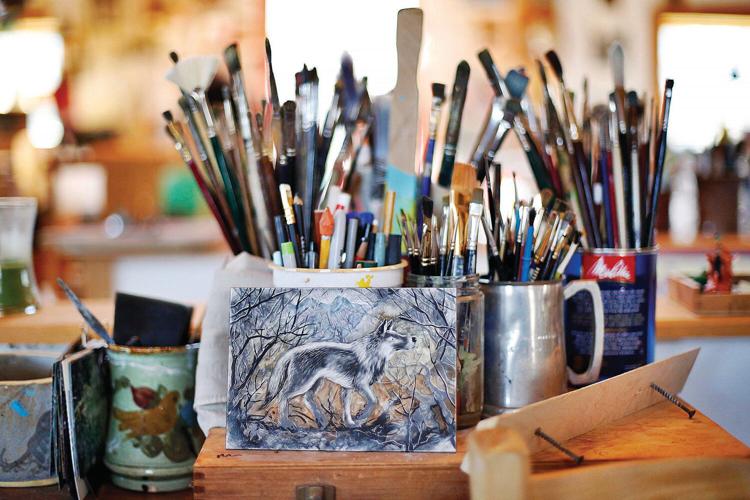 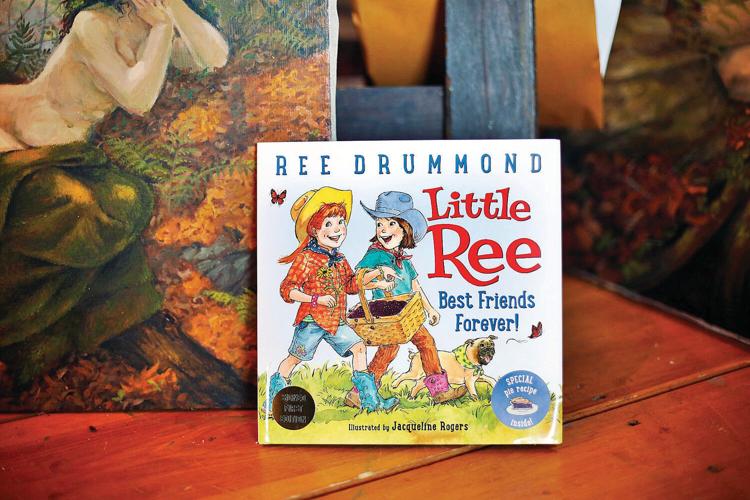 Rogers spends hours in her studio every day, but doesn't set a schedule for herself unless she's on a strict deadline.

This corner of Rogers' studio is her favorite spot, where she can lounge on the couch with her dog Romeo and draw in her sketchbook.

Illustrator Jacqueline Rogers has lived in Spencertown, N.Y. for 21 years. Her home studio is a treasure trove of creativity.

Rogers said she enjoys working with all types of creative mediums, including collages, clay and music.

Spencertown, N.Y. — When Food Network star Ree Drummond needed to find someone to bring "Little Ree" to life — a young girl modeled after herself exploring farm life for the first time — the New York Times best-selling author and Oklahoma resident found her story at the end of a pen just over the New York border in the shade of the Berkshires.

It was author/illustrator Jacqueline Rogers who gave the spunky red-headed girl with an affinity for mixing brightly colored patterns and cowgirl boots movement, expressions and heart.

"I was asked [by publishing company Harper Collins] to create sample work about a little girl who lived on a farm," said Rogers while sitting in her Spencertown, N.Y., studio built over her garage. "I didn't even know who the Pioneer Woman was."

Rogers, who has illustrated 150 "or more" books in her career, started with the little girl's face.

Through her sketches, Rogers brought Little Ree to life in two books: "Little Ree" released in 2017 and "Little Ree: Best Friends Forever," which was recently released. She's also illustrated books for big names like Laura Bush and Jenna Bush Hager — "They were so lovely to work with," she said of the presidential mother-daughter duo — for "Our Great Big Back Yard," in 2016. And, along the lines of children's book royalty, she was tapped to illustrate about 19 redesigned Beverly Cleary books in the early 2000s.

"They were really fun," she said of the project. "I had never read the books growing up, but when I started reading them I thought: 'These are my girls.' The characters were exactly like my daughters, so I drew my kids in one of my samples and I got it right."

Today, Rogers' daughters are all grown up (one is 27, the other 30), but she still occasionally uses them for inspiration, looking to old photographs she has of them modeling in different clothes as seasons change; the photos are tacked up among the other scraps of paper, posters, art covers and various pictures covering the walls of her studio. Rogers, at her core, is a creative being who seems most at home perched at her desk, where paint brushes, sketch pads and palates of color decorate her space. Classical music hums in the background, the only noise except for the occasional buzzing wasp that floats past as she works — the former barn's only tenants that remain.

When you ask Rogers what she's working on now, she's got a whole list of projects to keep her busy in what she considers her down time between her last project ("Little Ree") and the next that she hasn't landed yet. Ask her if she's nervous about not having "work" and she'll answer honestly: "Yes, but this has been a nice time for me to try new things."

She grabs a few copies of an alphabet project she's working on and selling on her ETSY shop; block letters with intricate fairy-like images that one can easily imagine in a new nursery. She's also recently taken an online art licensing course, to learn about creating patterns and designs to sell to companies that make decorative home wares and goods.

She's also using the time to come up with new stories.

"Insomnia is great for me," she said with a laugh. Rogers will release her seventh book that she has written and illustrated herself. The children's book is expected to come out in 2019.

"I love illustrating other people's books," she said. "But I finally feel like I have something to say."

And she's also making sure that what she has to say is current. Rogers, who was the last of six children in a creative family, studied illustration at the Rhode Island School of Design. But her education hasn't stopped there. When she realized the lines, shapes and designs were changing in the illustration world, she started taking classes at Berkshire Community College in programming like PhotoShop and Illustrator.

"I've been in the business for 35 years," she said. "I can't afford to stay stuck. ... I'm trying to look current while retaining my own artistic sensibility."

She finds inspiration for her work in so many places: there's the north light streaming into her studio, where she prefers to paint; her kiln wheel, where she makes tiles and mosaics. She also enjoys cooking and music.

And, of course, there are the manuscripts she's charged with giving life to.

"A book has its own life and being," she said. "You grow, change with the book."

But what if it's one she doesn't "love"?

"The minute I put a paint brush with color on the page, this feeling wells up inside me," she said. "As long as I still feel that I can do anything, I still love it."