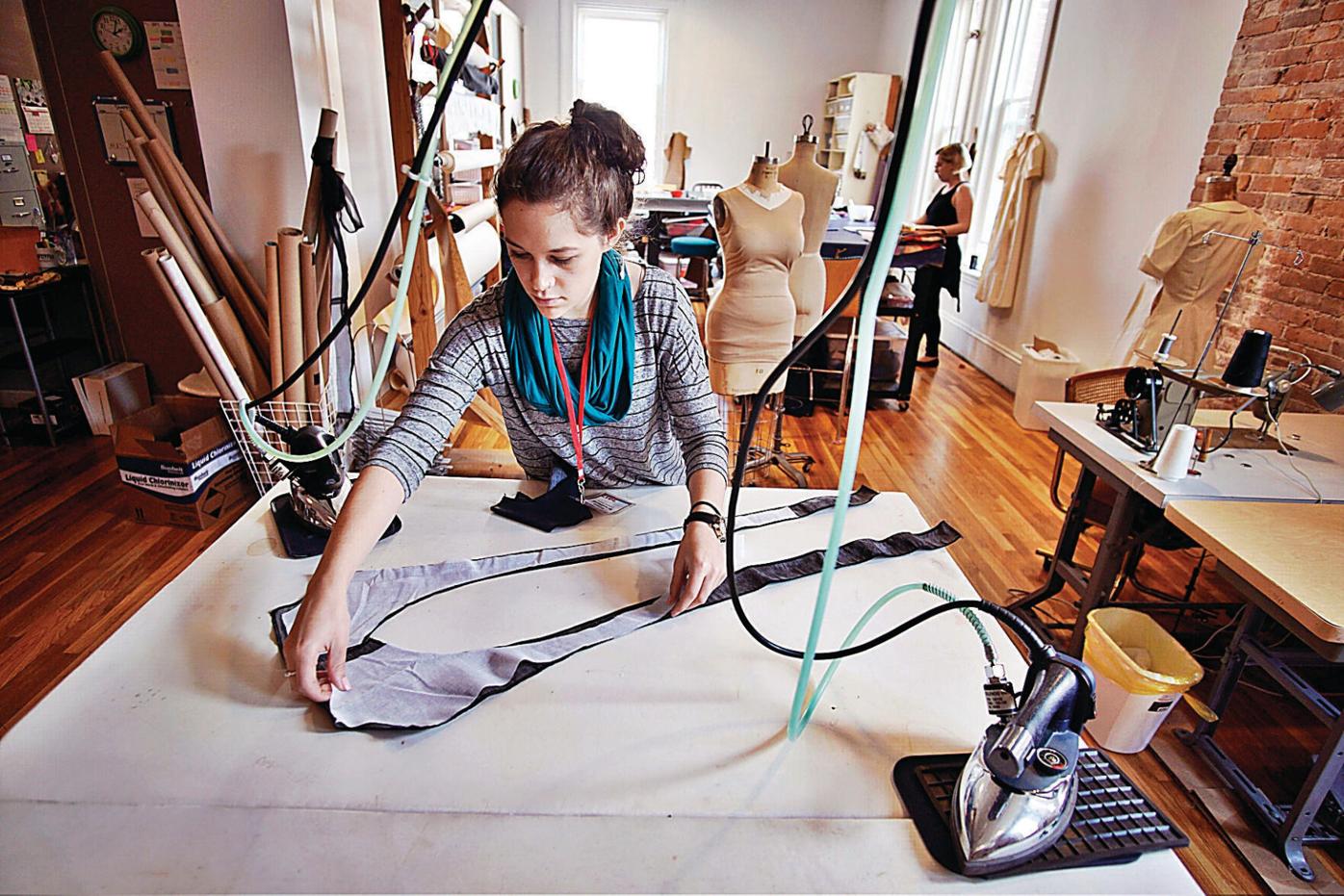 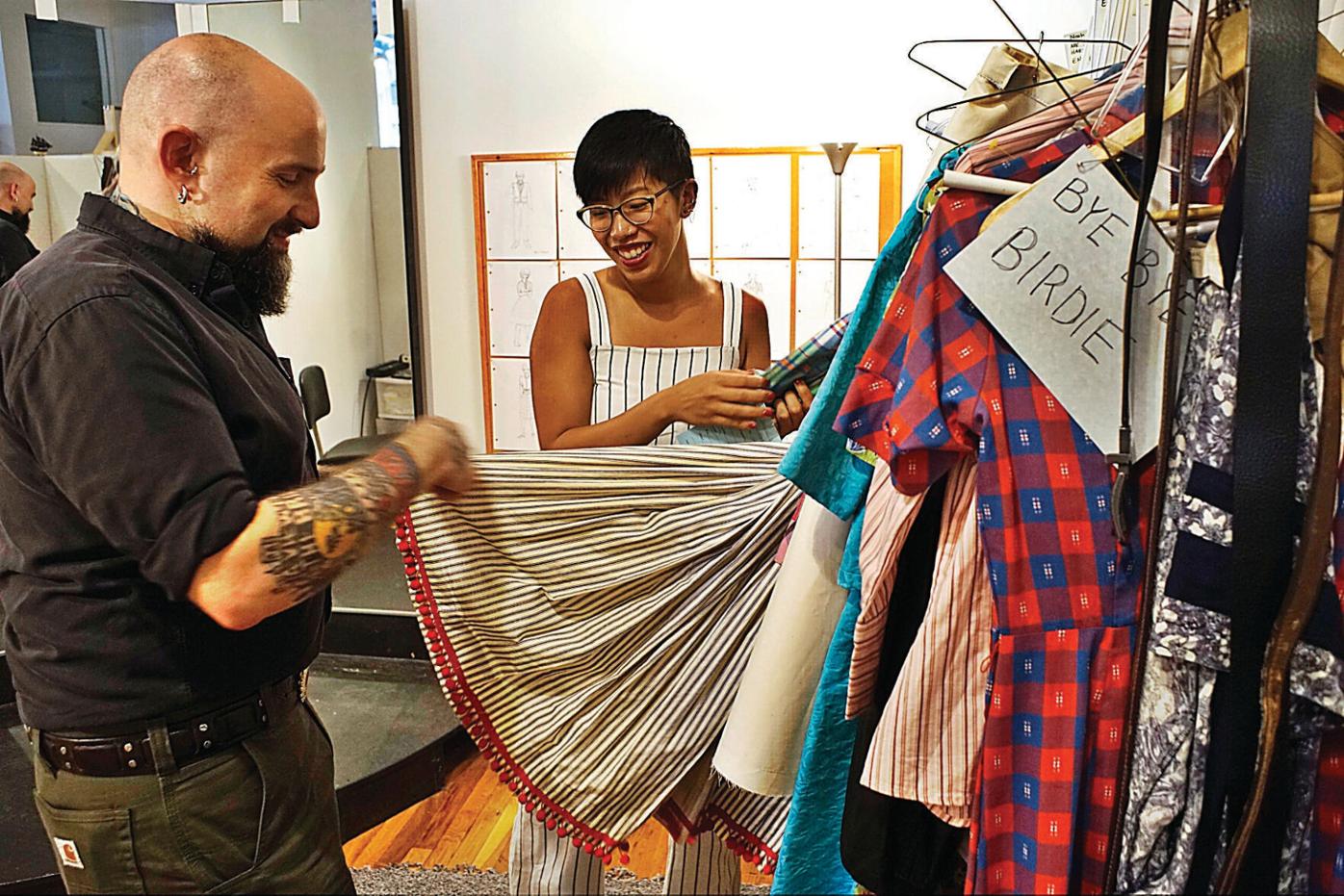 Hair designer Jared Janas and costume designer Johanna Pan of Barrington Stage Company look over some of the costumes for "Bye Bye Birdie" at the Wolfson Center. 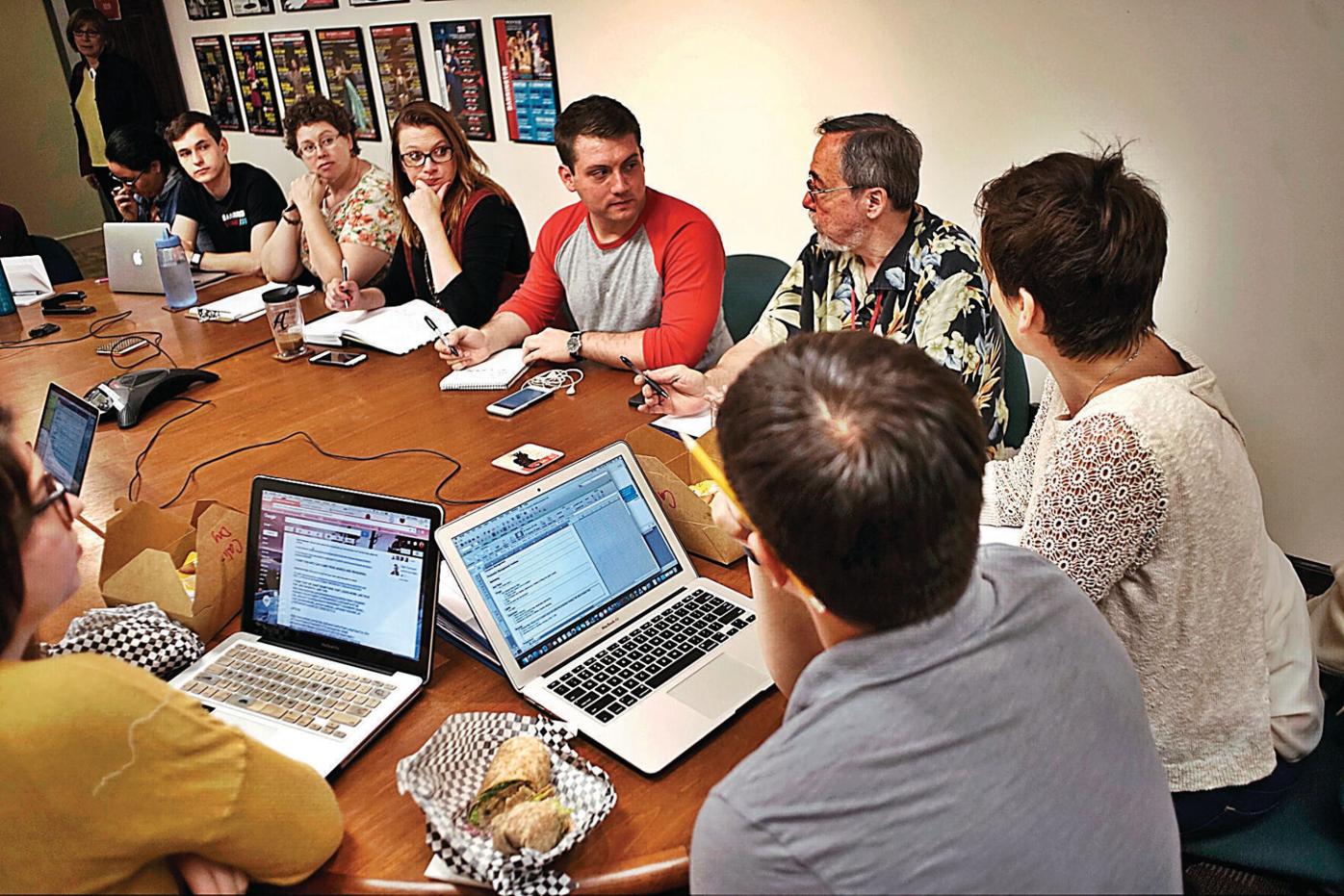 Hair designer Jared Janas and costume designer Johanna Pan of Barrington Stage Company look over some of the costumes for "Bye Bye Birdie" at the Wolfson Center.

The 23-year-old theater company relocated to the city in 2006 and has expanded its footprint three times, including its most recent acquisition on North Street.

What began as a radical move for an established, but small, theater company from Sheffield to the city has evolved into something even its artistic director, and co-founder, said she never envisioned.

"We have been gypsies," Julianne Boyd said as she led a reporter on a tour of the building.

Now its administrative offices, rehearsal spaces, costume department — creation and storage — a classroom, and its off-season box office are in one location.

"Isn't it just like pure heaven," she said. "It has given a joyful shot in the arm to all of us."

The company had been accustomed to working wherever it could find space, Boyd said.

Its administrative team operated within a small former residence on Union Street next to the Boyd-Quinson Mainstage. (That space has been converted into seven rooms of housing.) Its rehearsals were held in at least three different locations in the city. And its costume stock had been stored in a church, atop restaurants and in Boyd's attic.

While still committed to community partnerships, forged in part by scouring for additional spaces to meet its needs, Boyd said the company needed a space of its own.

"We were totally overgrown," she said.

The company relocated to the building, which it purchased with a donation from long standing company supporters Jessie and Bernard Wolfson, in May and formally opened late last month.

The three-story building was constructed by 1884 and known as the England Building.

Within five years it housed a hardware store, millinery, and crockery on the first floor, with offices and a meeting hall above. Similar retail and office uses continued through at least 1950.

And by 1956 the building was reconfigured and occupied by a department store, according to Charlie Siedenburg, Barrington Stage Company spokesman.

It was most recently occupied by BBE Office Interiors.

In addition to being its administrative home, Barrington Stage rents some space on its third floor to a law office.

Black and red, the company's signature colors, punctuate the building. But a small oval sign that predates its use of those hues is among the decorations near an office. It reads "Stage II" and was used at its Sheffield theater.

"We want to bring our history with us," Boyd said. Inside the building, it's apparent the company is now in the midst of its busy summer season.

There's evidence of the five shows it's working on — two in production and three more in rehearsal. Promotional material for its current productions, "Ragtime" and "The Birds," dot the lobby, while upstairs in its rehearsal spaces corkboards overflow with costume sketches, scenic designs and floor plans for upcoming shows.

While regarded by some as a gamble, Barrington Stage has seen consistent success since its relocation to the city, Boyd said. It has had strong ticket sales and several of its shows have gone on to off-Broadway and Broadway runs.

In the summer, its full-time staff increases from approximately 20 to 150, including actors, designers, directors and interns, Boyd said.

Its annual budget, $4.7 million, has more than doubled since its move from Sheffield.

And it is updating its strategic plan to help support its expanded infrastructure as well as its artistic needs, she said.

She said members of the public often wander in asking if they are in the theater. (They are not. Those are located nearby on Union and Linden streets.)

But Boyd welcomes the interactions.

"I think that's a real pleasure that people just walk in here," she said. "We wanted to add to the vitality of the downtown and I think this does that."