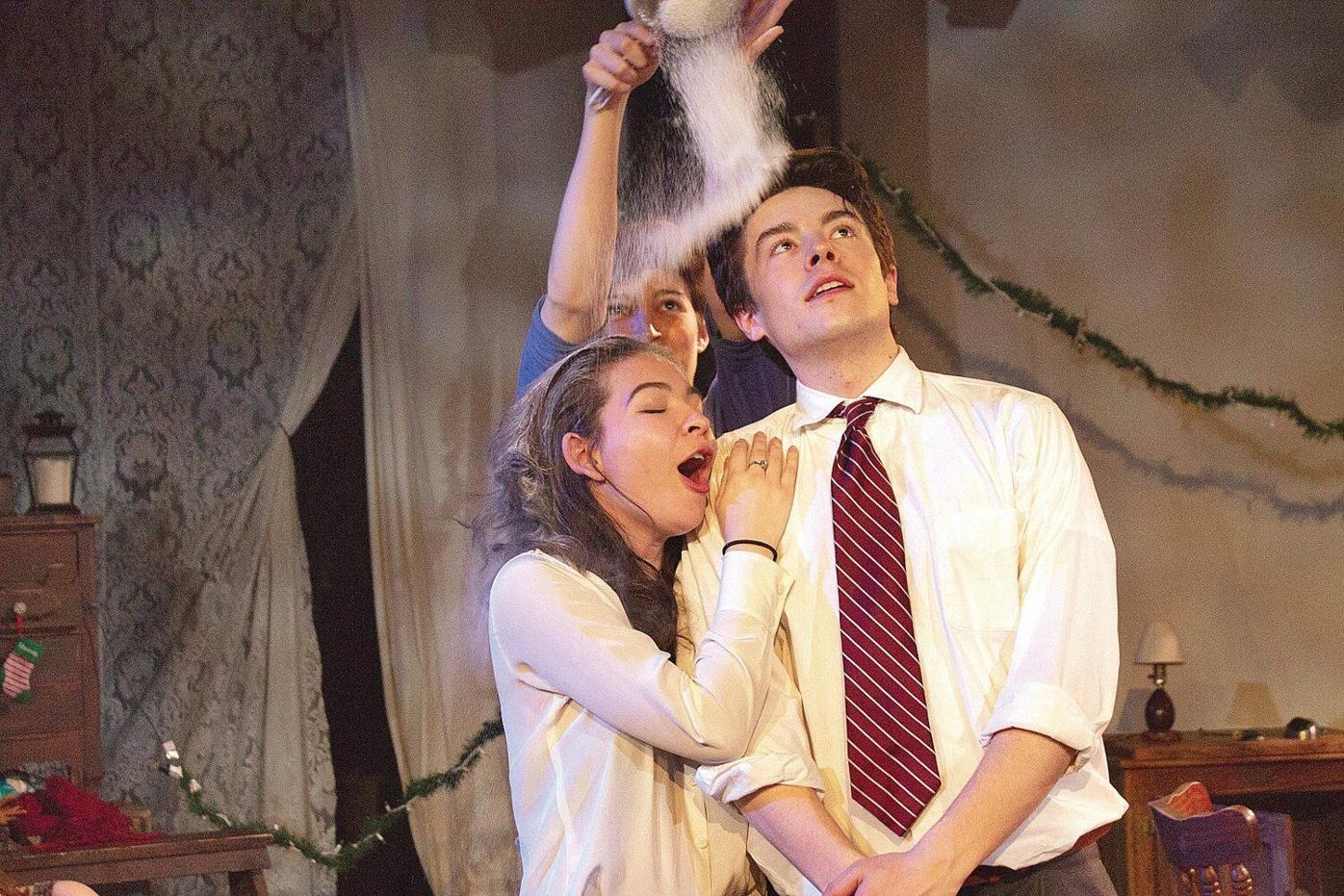 "We're trying to push the boundaries of what people think theater is," Director Sara Katzoff said. 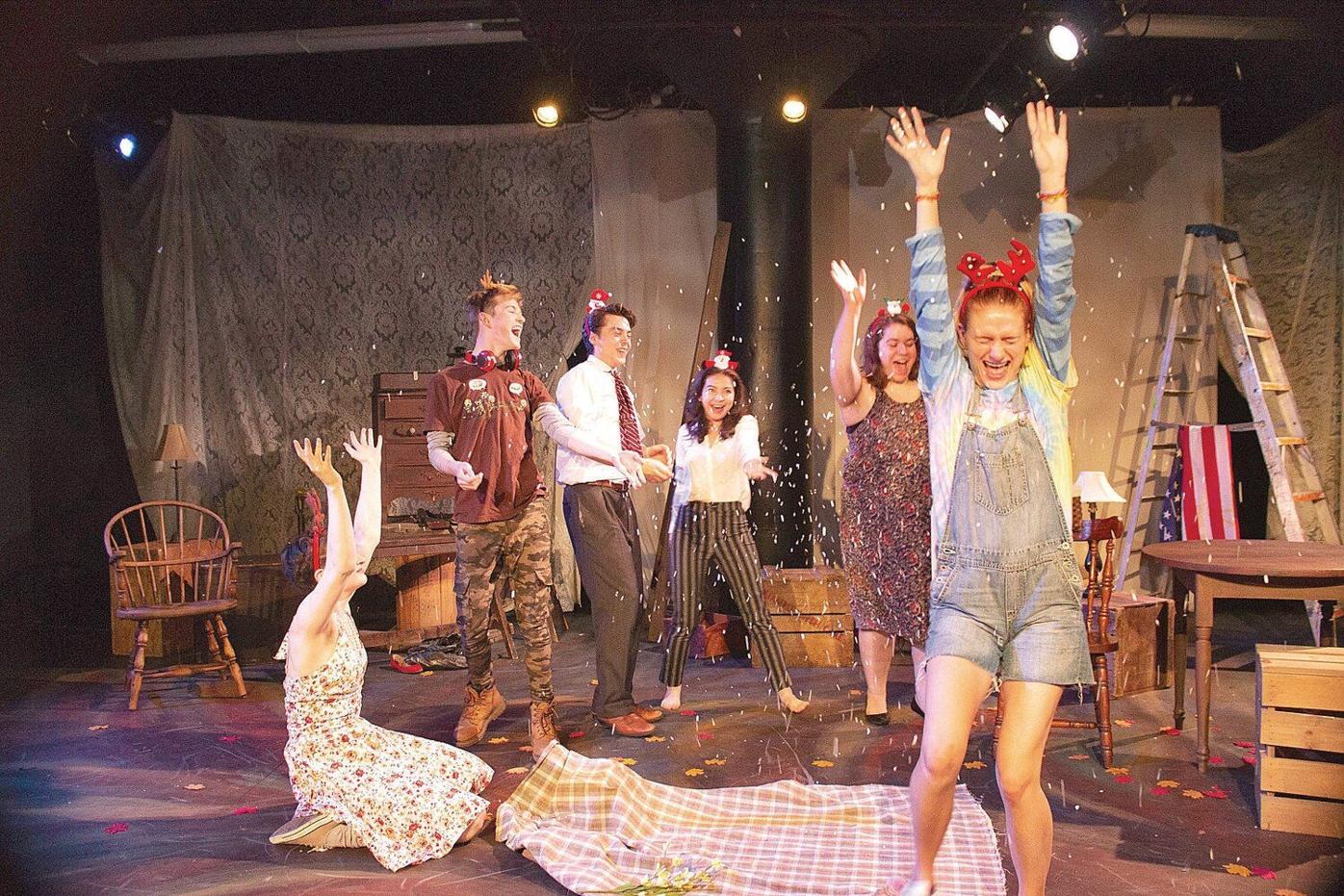 The ensemble and creative team of Bazaar Productions' "Particularly in the Heartland" rehearse at The Foundry in West Stockbride, where the production will be shown through Aug. 18.

"We're trying to push the boundaries of what people think theater is," Director Sara Katzoff said.

The ensemble and creative team of Bazaar Productions' "Particularly in the Heartland" rehearse at The Foundry in West Stockbride, where the production will be shown through Aug. 18.

WEST STOCKBRIDGE — In "Particularly in the Heartland," an alien inhabiting the body of a deceased pregnant teenager suddenly arrives at a Kansas farm where three siblings are reckoning with their parents' disappearance. Of the three unexpected guests that the Springers will encounter throughout the course of the play, the hybrid alien-human, Tracy Jo, is perhaps the "closest" to Sarah, Todd and Anna's insular upbringing because she reminds them of an acquaintance, according to Sara Katzoff.

"It sounds crazy, but it's just part of the world that we accept," the director said during rehearsals of the work's Berkshire debut.

A Bazaar Productions staging of otherworldly "Particularly in the Heartland" will open Thursday night and run through Aug. 18 at The Foundry, a nascent visual and performing arts space in West Stockbridge. The Brooklyn-based TEAM ensemble's play originally appealed to Bazaar Productions leaders around the time of its 2007 U.S. debut. But with its focus on youth in America, outsiders, family and religion, the work hasn't lost any relevance during the intervening years, which included Bazaar Productions' two-plus-year hiatus from the stage beginning in 2016. Now, in advance of the Berkshire Fringe festival's return in 2020, Bazaar Productions Co-Artistic Directors Katzoff, Peter Wise and Chris Tucci are reintroducing the performing arts incubator to the Berkshire theater scene with an unconventional piece in a brand-new home space.

"We're trying to push the boundaries of what people think theater is," Katzoff said.

The production is highly interactive with characters moving about the black box theater room. While there is plenty of dialogue, physicality reigns.

"We're telling stories with our bodies. We have lifts. We have fights. We have intimacy," Katzoff said.

"I just admire them so much and their ability to just be able to go there," Katzoff said.

Props have some work to do, too; a table, Katzoff explained, can become a barricade and a roof. Chairs get sucked into a tornado, the weather event that precipitates the arrival of the Springers' first visitor, Dorothy, a businesswoman who is the lone survivor of a plane crash. The inclusion of a character named Dorothy in Kansas doesn't feel like an accident.

"There [are] definitely some connections to this idea of Dorothy being the outsider in Kansas in 'The Wizard of Oz,' and our Dorothy, who's a city person. ... [She] lives in a very different world," Katzoff said.

The final visitor is the ghost of Robert F. Kennedy, whom Anna digs up in the backyard.

"He seems to be kind of a representation of this ghost of liberalism," Katzoff said.

At the play's outset, a rendition of "The Battle Hymn of the Republic" guides the narrative to different points in Kennedy's career before his 1968 assassination.

"At that point in history, it seems like there was maybe the potential that he could bring people together, and then he was killed, and that never really happened," Katzoff said.

The play explores how to overcome preconceptions about others and dissolve divisions.

For this bunch, isolation simply isn't an answer.

"They kind of need each other," Katzoff said.