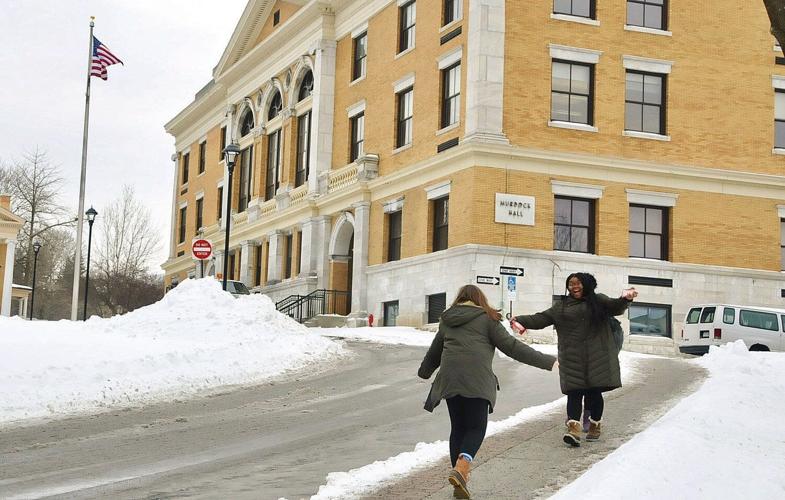 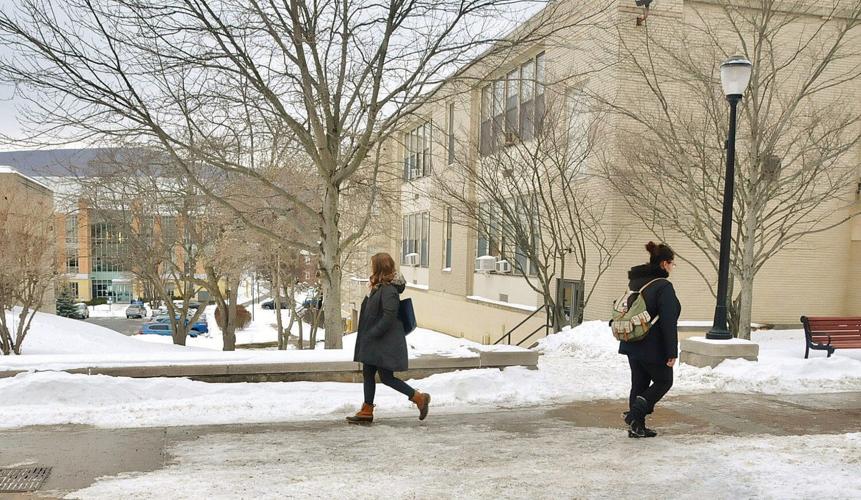 NORTH ADAMS — An independent report from the Eos Foundation on gender equality in Massachusetts colleges and universities has ranked Berkshire Community College and Massachusetts College of Liberal Arts as two of the top five public schools that have achieved gender equity in enrollment, employment and pay levels.

"Women's Power Gap in Higher Education" examines the percentage of women enrolled at all Massachusetts public and private colleges alongside the percentage of female college presidents, senior leadership and boards of trustees. Of 93 schools, only 18 (19 percent of the total) were ranked as "satisfactory." Only five of those schools were identified as reaching "gender parity."

The report, which was released in September, ranks BCC and MCLA in the top category, and noted that they have achieved gender parity across all leadership categories. The report notes that women make up 40 percent of the most highly compensated professionals at both BCC and MCLA.

It ranks BCC number seven overall, and first among public colleges. BCC also has two past woman presidents and 50 percent of the board of trustees are women. And a woman, Ellen Kennedy, serves BCC as president.

"Berkshire Community College ranks in the top ten of all institutions," the report reads. "They are also one of the few public institutions with a female board chair. However, it is surprising that women only comprise 40 percent of the most highly compensated professionals given the composition of the senior leadership team."

"Community colleges did better overall than many of our private universities," said Christy Mach Dube, co-author of the report. "We think it's great to see a community college lead the public schools and see it as an opportunity for others to emulate."

Christina Wynn, BCC's dean of enrollment management, said the rankings reflect results of a yearslong focus on gender and general diversity among employees and students.

"Gender equality and diversity in general are very important at BCC," she said. "It has been in the forefront for more than five years now. It has been infused into the hiring process — it's something we have really been focusing on."

"It is important to have people from all walks of life at the table," said Denise Marshall, chairperson of the MCLA Board of Trustees, in a prepared statement. "I've always been impressed with the diversity of leadership at MCLA, from lived experience to student leadership, and beyond."

According to the report, MCLA's student enrollment is 63 percent women. While 40 percent of the college's highest-salaried employees are female, 50 percent of the College's Board of Trustees are women, including the board chair. Additionally, MCLA has had two past female presidents — including the first woman to serve as president of a four-year public college in Massachusetts, Catherine Tisinger (1984-1991) and Mary Grant (2002-2014).

According to Christy Mach Dube, co-author of the report, two past female president weighed heavily in the rankings, as did the fact that the chairperson of the board of trustees is a woman, and that half of the board itself is female.

"I think the real story about MCLA is that they're doing things right," Dube said. "The fact that the board of trustees is chaired by a woman is a rarity and they should be lauded for that."

She noted that while the top salaried positions are only 40 percent female — terming it "an opportunity for improvement" — the school is still "a model for others to consider."

"I am proud to be a part of this community, which is committed to equity in so many forms," said James F. Birge, president of MCLA. "Women leaders make and influence decisions at MCLA that strengthen us as an institution. It is enlightening and illuminating to work with my female colleagues on campus, and it is a point of pride that our students can see themselves reflected in that leadership."

Gina Puc, dean of enrollment management and community relations, is a graduate of MCLA and started work in the admissions office. She left for another job elsewhere and returned a few years later, rising to head the enrollment office.

"I always felt mentored and supported here," Puc said. "And while this is a good report, we see it as a call to action rather than a pat on the back."

Cathy Holbrook, vice president of student affairs at MCLA, said one of the reasons she came to the school was the supportive environment for women. "That commitment to equity — to educate every student across all disciplines — really spoke to me," Holbrook said.

College officials pointed out that MCLA's commitment to gender parity and general equity doesn't stop at equity for those who identify as women.

In September, a report from the Race and Equity Center at the University of Southern California identified MCLA as one of three schools in the United States with top marks for serving black students well.

Among student support services, the College has maintained the Susan B. Anthony Women's Center for more than 20 years, in addition to the MCLA Identity and Gender Equality Resource Center and Multicultural Center. MCLA also offers an 18-credit Women's, Gender, and Sexuality Studies minor.

In September, MCLA hosted its first Lavender Reception for student, staff and faculty who identify as LGBTQIA+. The College also holds regular Safe Zone training sessions, a program created by the Gay Alliance to develop, enhance and maintain campus communities and workplaces that are culturally competent and inclusive for LGBTQIA+ individuals.

The Eos Foundation is a private philanthropic foundation committed to breaking the cycle of poverty by investing in children's futures. The full report can be viewed at womenspowergap.org.

Dube said this report is the first of what will become an annual effort.

"This is an opportunity for all colleges and universities to be more intentional about achieving gender diversity among their leadership ranks," she said.