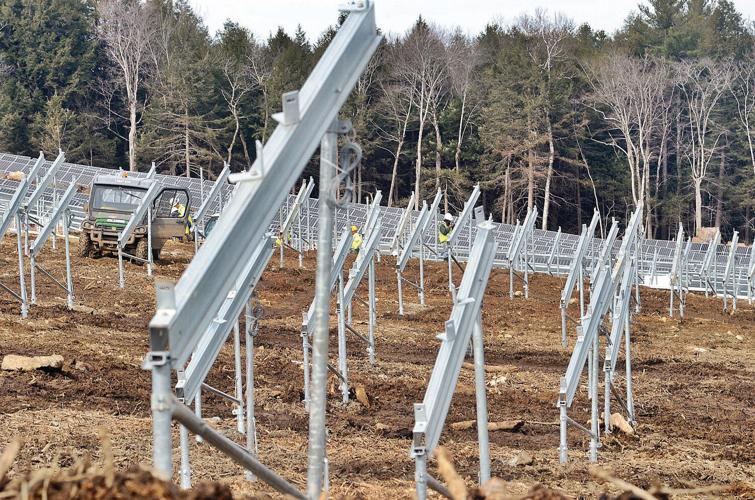 The far portion of the solar array in Becket is under construction. 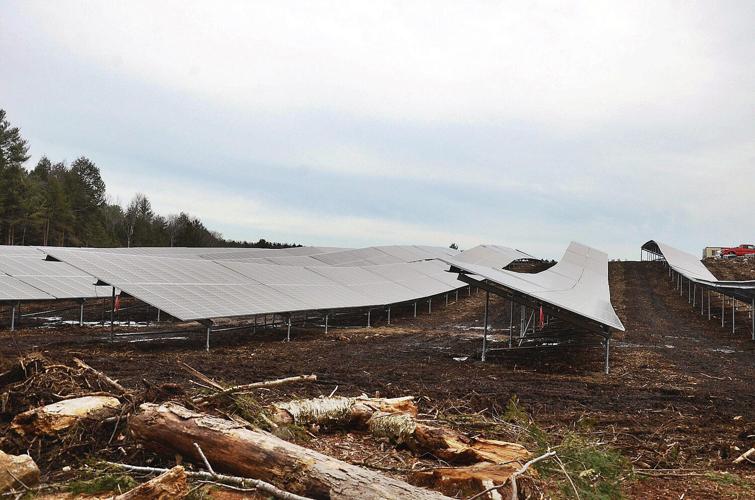 The solar array in Becket.

The far portion of the solar array in Becket is under construction.

The solar array in Becket.

BECKET — When it comes to solar, Becket is going big.

A solar array of about 5 megawatts is under construction at 0 Tanglewood Circle, part of Borrego Solar Systems' development efforts in Massachusetts.

The town will have no specific financial responsibility for the array.

An agreement between 978 Solar Development LLC and the town, subject to voter approval at a special town meeting Tuesday, would net Becket about $53,000 per fiscal tax year for 20 years.

This is the town's first large-scale solar project.

The company would make the payments to the town instead of paying property taxes on the project.

The project should be complete by the end of March, said Zak Farkes, a project developer for Borrego Solar, which has offices in California, Illinois, New York and Massachusetts.

The next step after construction is for Eversource to commission the project — basically, turn it on, he said.

The project was in development for about a year before construction started in November.

Borrego Solar's role in Becket will be to develop, construct and operate the array.

The owner of the project — the company's financing partner — is Nexamp, a solar energy company with offices in Boston, Haverhill, New York, Rhode Island and Washington.

The University of Massachusetts Amherst will receive the net metering credits from the Becket array.

This meant Borrego Solar had to have a public host for the project — in this case, the university.

Farkes said the company had "lots" of conversations with municipalities before deciding on the university.

When asked which municipalities in Berkshire County were approached to host the project, Farkes said he didn't know off the top of his head, and did not want to single anyone out.

Patricia LeBoeuf can be reached at pleboeuf@berkshireeagle.com, at @BE_pleboeuf on Twitter and 413-496-6247.