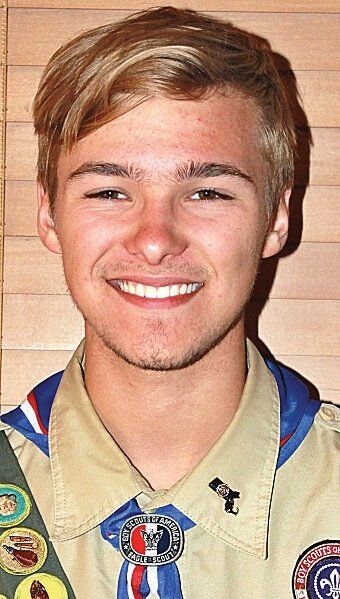 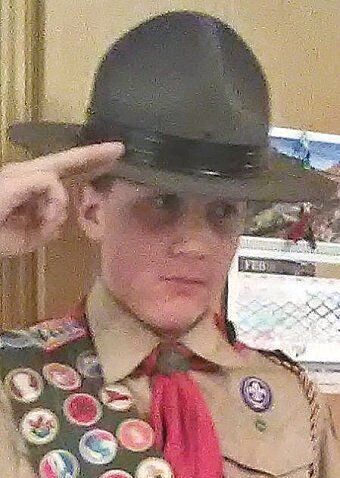 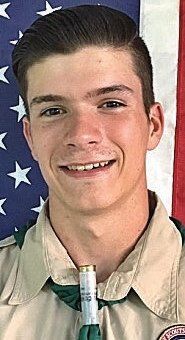 A number of Boy Scouts in Berkshire County have recently achieved the rank of Eagle Scout, Scouting's highest honor.

Andrew Brown, 15, a member of Troop 38 in Adams, celebrated his Eagle Scout achievement during a Court of Honor at Camp Holy Cross in Goshen. Troop members Quinton Zaleski and Marshall Reese were also named Eagle Scouts.

An eight-year member of the Boy Scouts, Brown has held the positions of scribe, quartermaster, assistant patrol leader, patrol leader, and den chief.

He earned 42 badges and three palms for his Eagle Scout award.

Some of his badges include the World Conservation Badge, Den Chief Award, the Totin Chip badge, and the recruiter badge.

Brown is the son of Alicia Brown and Eric Daniels. He lives in North Adams with his grandparents, Mark and Marcia Brown, who have adopted him.

Michael G. Maruk and Hayden Plouffe, both members of Troop 8 in Pittsfield, celebrated their Eagle Scout achievements during a Court of Honor at St. Joseph Parish Center.

Maruk is the son of Diana and Mike Maruk of Lanesborough. He began as a Cub Scout in Pack 369 in Manlius, N.Y., where he earned his Arrow of Light, then crossed over to Troop 369. In Troop 8 he has held the leadership positions of troop guide, patrol leader, librarian, and assistant senior patrol leader. He is a Brotherhood member of the Order of the Arrow, completed Introductory Scout Leader Training, and worked at the waterfront at Rotary Scout Reservation.

Maruk's Eagle project involved clearing out and repairing the dugouts at Laston Baseball Park in Lanesborough to benefit the Lanesborough baseball leagues.

A 2019 graduate of Mount Greylock Regional High School in Williamstown, Maruk is a freshman communications major at Lasell College in Newton.

Plouffe is the son of Anita and Eric Plouffe of Pittsfield. He began as a Cub Scout in Pack 20, transferring to Pack 8 where he earned his Arrow of Light, and crossing over to Troop 8, where he served as patrol leader and assistant senior patrol leader. He is an Ordeal member of the Order of the Arrow.

A 2019 graduate of Pittsfield High School, Plouffe is a freshman at Franklin Pierce University where he is majoring in criminal justice and emergency medical services and minoring in business.