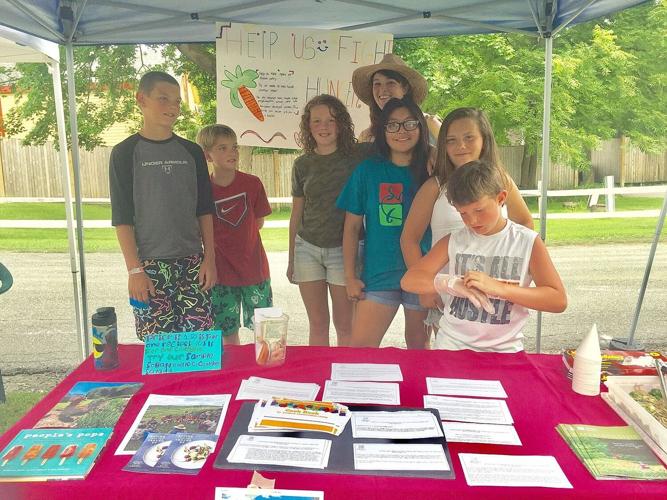 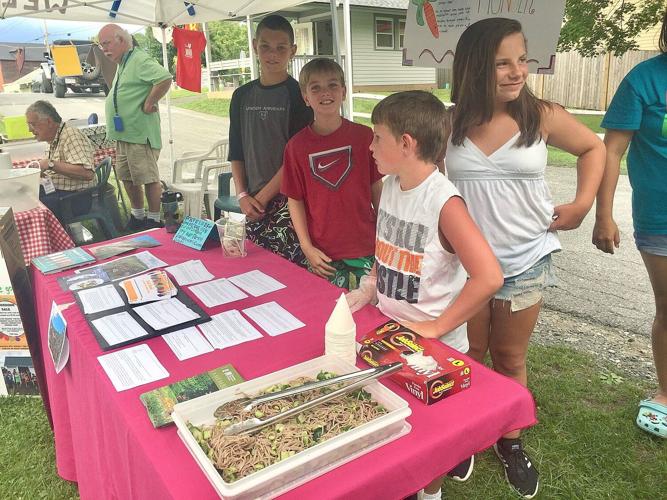 WEST STOCKBRIDGE — At the Thursday farmers market, a group of middle-schoolers are serving a soba noodle dish they made themselves, beaming with excitement about food — healthy, local-grown food.

They're also loving that feeling of helping out at local food pantries, and raising money to try to reduce hunger.

"Because it gives people a chance to eat," said Amelia Moro, 14.

Amelia is one of six Monument Valley Regional Middle School students participating in a Project Connection summer session to learn about good food, and about those who can't afford it.

Project Connection also includes a robotics program sponsored by the Massachusetts Institute of Technology and led by the Berkshire Museum.

Students in the food program make weekly distribution runs to more than 40 families — all of it supported by partners that include Fairview Hospital, Stockbridge Congregational Church and the Jewish Women's Foundation of the Berkshires.

At the market booth, these students, selling a small cookbook they made, are already well-apprised of poverty's effects, and they want to do something about it.

They had worked with local organizations like Backyard Bounty and Community Health Program's food pantry. Bridgette Stone, in-school programs director at Berkshire Botanical Garden, helped them gather statistics on the surprisingly large number of people who need food in Berkshire and surrounding counties.

In Berkshire, about 39,000 people are in need of assistance, according to The Food Bank of Western Massachusetts. In the region, 30 percent of those in need are children.

The students learned from farmers who also help: They spent time at Indian Line Farm, talking to farmer Elizabeth Keen about hunger, and met with other farmers who also supply produce to Share the Bounty, a program run by nonprofit Berkshire Grown that raises money to buy produce from farmers to give to needy families.

The proceeds from the sale of their cookbooks will go to Great Barrington-based People's Pantry, which serves South County. And when they participate in food distribution, they hand out recipes.

"So people know what to do with veggies," several students chimed in together.

And now Steven Woodard, 10, knows what to do with edamame and cucumber: Make local cookbook author Alana Chernila's soba noodle salad, his favorite.

"We made a lot and taste-tested," Steven said, dispensing some for interested passersby.

It's true, said Stone, their instructor. She said the group cooked in the school kitchen and at home. They found good recipes, many of which came from one of Chernila's cookbooks.

Working at their school's garden, picking sugar snap peas at Indian Line, and all the taste testing might have hooked this group on farm-fresh food for good. They also had that bright look that comes from the inspiration to help others.

Dominic Calautti and Tyler Campbell, both 10, took turns, excitedly saying what was good about this summer session.

"It's been fun," Dominic said. "Everything — the cooking, the helping."

"The good feeling of it," Tyler added.

Jude Abderhalden, 11, said she cooks for her parents. For Amelia, though, that doesn't always work out.

"I burn everything," she said.