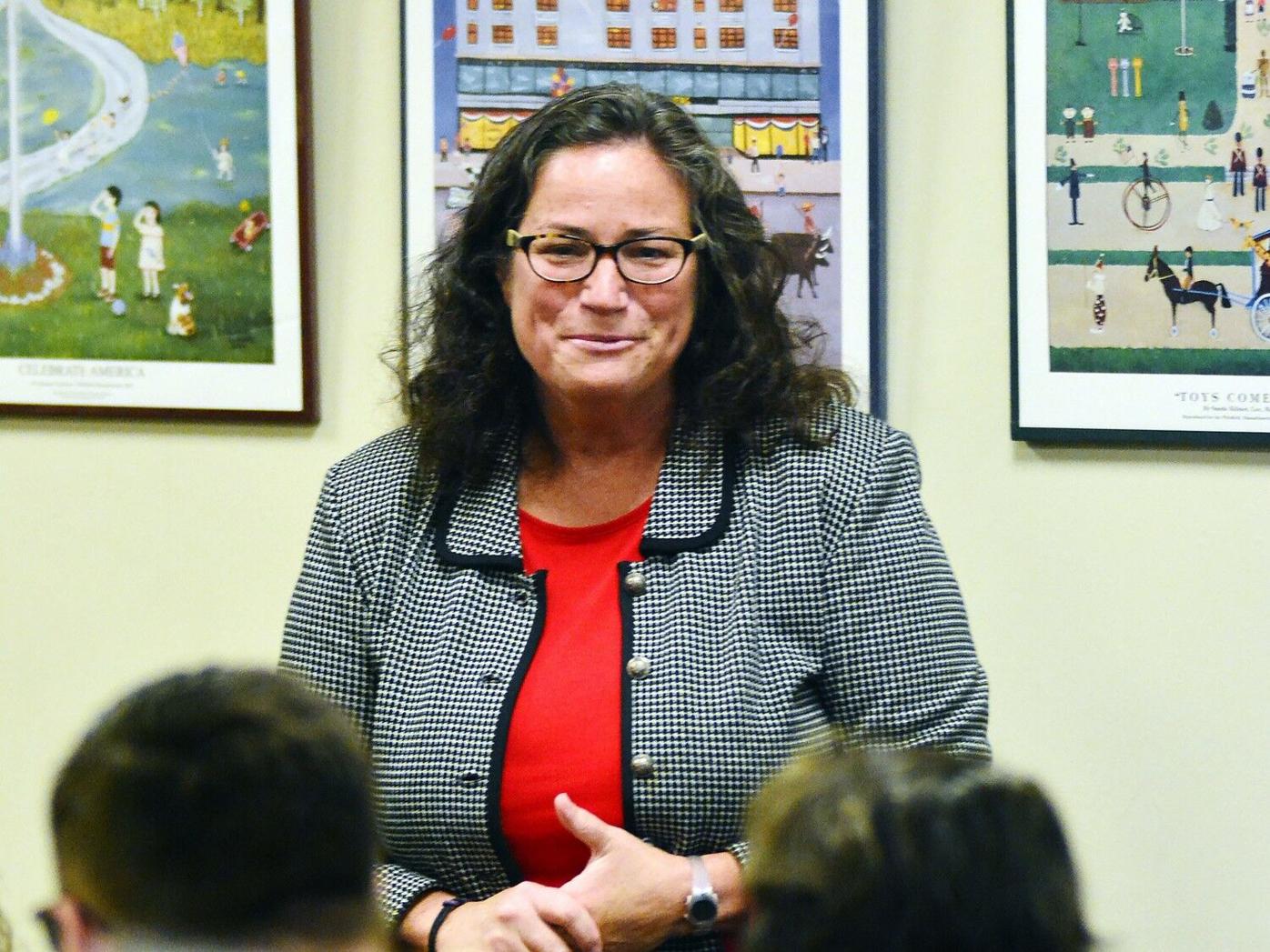 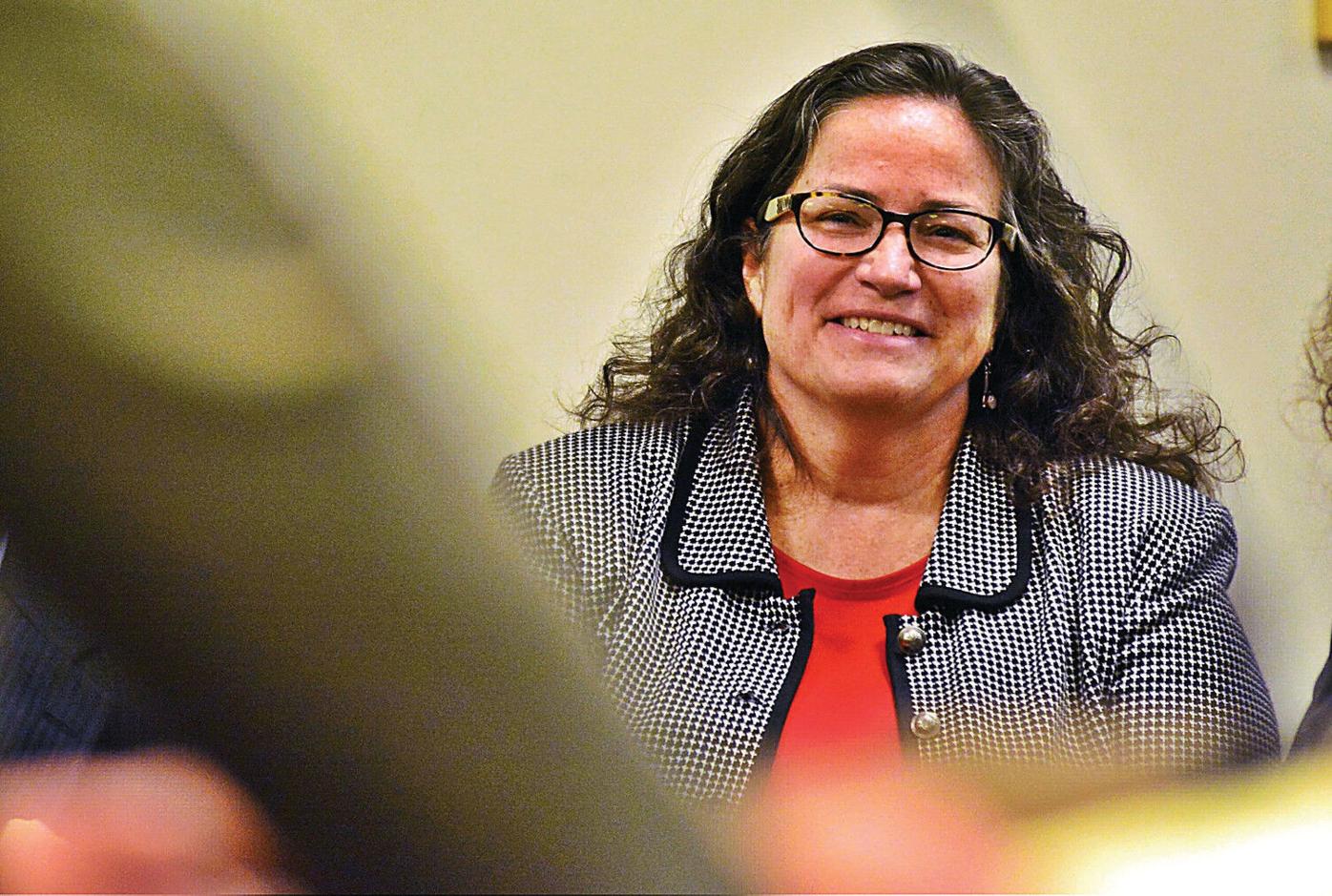 Attorney Jennifer Tyne listens to colleague speak in support of her, during a public hearing the associate justice nominee for Pittsfield District Court in Pittsfield City Council Chambers

Attorney Jennifer Tyne listens to colleague speak in support of her, during a public hearing the associate justice nominee for Pittsfield District Court in Pittsfield City Council Chambers

Nobody who attended the public hearing in City Hall stood opposed to Tyne being confirmed as a district court judge. Gov. Charlie Baker nominated Tyne last week. She currently serves as the district court supervisor for the county's Committee for Public Counsel Services, last week.

Nathaniel Green, the supervising attorney for the county's CPCS office, commended Tyne for her zealous, yet cool-tempered, representation of her clients.

"She has a keen legal mind and good common sense," Green said Monday. "She is patient and courteous. She is the fairest person I know." Green shared a story about an indigent defendant who was so difficult to work with that most attorneys in and out of the county refused to take on his case.

In addition to working as a prosecutor and public defender, Tyne has been in private practice, served as an elder law and real estate attorney at the Great Barrington-based Stavisky and Kelly law firm, and as an appeals attorney for indigent clients in criminal cases.

Tyne has also taught paralegal, criminal justice and research and writing courses at the Mildred Elley Business School in Pittsfield.

She is a 1989 graduate of Smith College and graduated from Northeastern University School of Law in 1995.

The hearing was held by 8th District Governor's Councilor Mary E. Hurley to give those who won't make it to Wednesday's Governor's Council's hearing in Boston the chance to share their thoughts on Tyne. The local hearings are unique to judge appointees in Western Massachusetts because of the region's distance from Boston, Hurley said.

First Assistant District Attorney Paul J. Caccaviello said Monday that the competency, concern and care that Tyne brought to the cases she prosecuted as an assistant district attorney "will serve her well on the bench."

"If it serves her well, it will, of course, serve the community well," he said.

District Court Judge Mark Pasquariello, who was confirmed earlier this year, mimicked Caccaviello's praise of Tyne's work as a prosecutor in a letter his wife Attorney Julia Allan read at the hearing.

"She was always firm, but fair in handling criminal matters," Pasquariello wrote.

If confirmed, Tyne will be filling a judgeship left vacant when former Judge Alfred A. Barbalunga retired in 2006, Hurley said.

Barbalunga's son, Alfred E. "Alf" Barbalunga, the chief probation officer at South Berkshire District Court, also spoke in support of Tyne. "I think I have a pretty good grasp of what makes a pretty good judge and, at times, what makes a great judge," he said. Tyne is "an absolute pleasure to interact with."

Since Hurley was elected to the Governor's Council in 2016, two new Juvenile Court judges, three new Probate Court judges and a new Superior Court judge have been nominated for judgeships in Western Massachusetts, Hurley said.

Hurley also hopes that there will be two more Superior Court judges and a fifth district court judge taking the bench in her district in the near future.

"As a judge, I knew how badly we were understaffed," Hurley said Monday.

After the hearing, Tyne choked up as the thanked her supporters for their kind words and the learning experiences they've provided her over the years.

"It's very humbling," she said in an interview after the hearing. "I'm very grateful for this community."

Tyne has served as a foster parent for the Department of Children and Families and currently lives in Pittsfield with her 11-year-old daughter and two sons, ages 11 and 15.

She said she is excited about the opportunity to sit in the district court because of the variety of cases that she will hear.

"That's the beauty of it, right?" Tyne said. "Everything goes through the district court."