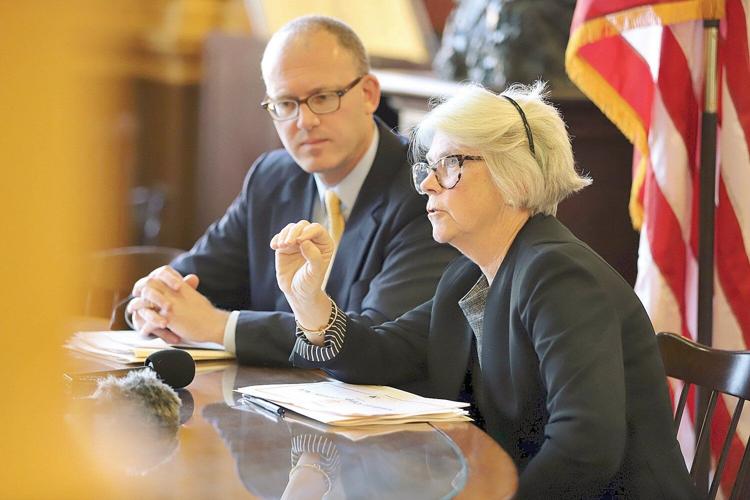 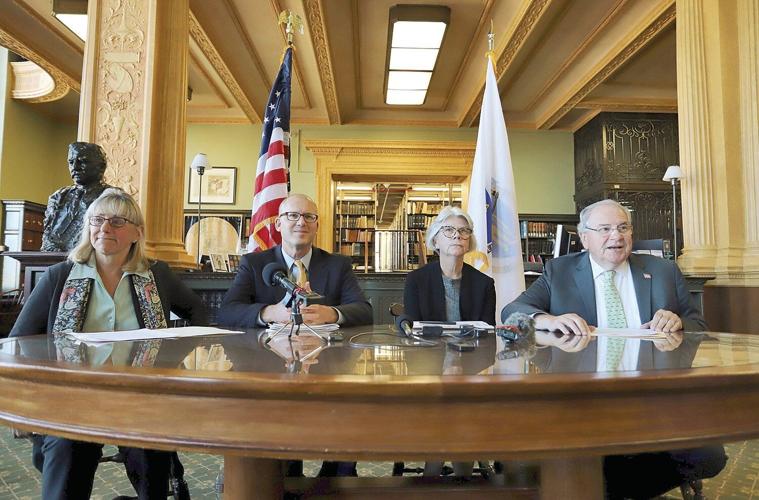 House and Senate leaders Thursday rolled out the long-awaited, seven-year plan expected to hit the Senate floor for debate in two weeks.

If the Legislature approves the bill and Gov. Charlie Baker signs it, the first year of added funding would show up in fiscal 2021 school budgets.

The bill, dubbed the Student Opportunity Act and unanimously endorsed by the Legislature's Joint Committee on Education, would increase Chapter 70 aid to local schools by $1.4 billion. House Speaker Robert DeLeo said the funding boost does not involve plans for additional taxes.

"This is a game changer for addressing inequities in education across the state," said state Sen. Adam Hinds, D-Pittsfield, a joint committee member. "Every single school district will benefit from this."

State Rep. Tricia Farley-Bouvier, D-Pittsfield, added: "I'm pleased with the significant amount of money Pittsfield could get under this bill."

How much depends, in part, on available revenue each fiscal year, Farley-Bouvier said. If an economic downturn occurs, she said, the seven-year plan could be stretched out over 10 years.

"The last time the state took a substantive look at this, the year was 1993," he said.

All students in the state will see some benefit from the bill, legislative leaders said, though the school funding formula always has been intended to give more state aid to districts with greater need.

State Rep. Alice Peisch and state Sen. Jason Lewis, the co-chairpersons of the Education Committee that has been working for months to develop the legislation, said a focus of the bill is providing resources to low-income students.

"I think it's fair to say that if this bill passes into law, we will have the strongest and most progressive education funding system in terms of how we reflect the needs of low-income students," said Lewis, a Winchester Democrat.

Farley-Bouvier believes the bill would level the playing field for school funding from the Berkshires to Cape Cod.

"The quality of education shouldn't be done based on your ZIP code," she said. "Studies have shown educating those living in poverty is more expensive than students from a stable home."

Najimy credited the Fund Our Future campaign — it regularly rallied, wrote lawmakers and held events in support of the Promise Act — and the filing of a lawsuit over the funding formula as elements that "really got our legislators to stand up and take notice."

"They listened and they released this bill," she said. Najimy said the proposed $1.5 billion would "dramatically change the school experience for our communities who have been historically underfunded, primarily our students of color."

"We consider this bill a major advance for education justice," she said, before going on to note that the legislation was not yet in its final form.

Many members of the Massachusetts Business Alliance for Education felt a "sense of victory" over elements the bill, according to Executive Director Ed Lambert, who said Peisch and Lewis were "very open and accommodating." He praised the focus on low-income students and English learners but said it would be a "missed opportunity" to not take additional immediate steps to ensure that students are ready for college and careers.

This is not the first time lawmakers have tried to overhaul the formula. In each of the past two legislative sessions, House and Senate Democrats have been unable to agree on an approach to school finance reform. Hinds said the difference this time is that legislative leaders in both chambers jointly worked on the bill from the start, rather than starting with separate bills in the House and Senate.

"One compromise in the bill is a requirement that districts report on how they are spending the money which remains in local control," Hinds said.

In addition to its funding changes, the bill establishes a commission to investigate the challenges facing rural schools, such as underfunded regional school transportation costs.

If approved, the legislation would create a "21st Century Education Trust Fund" to support schools and districts pursuing innovative approaches to learning, such as districts collaborating on enhanced curriculum. The bill would increase the Massachusetts School Building Authority's annual spending cap to allow more school construction projects into the pipeline, set up a three-year timeline to fully fund charter school tuition reimbursements, and expand a special education reimbursement program known as the circuit breaker to include transportation costs.

The bill is penciled in for a Senate vote Oct. 3, with a House vote expected "shortly thereafter," Lewis said.

The State House News Service contributed to this report.