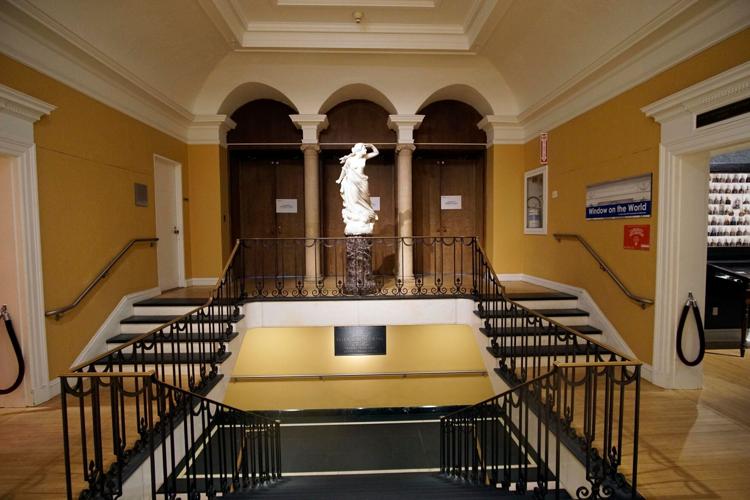 Plans for the Berkshire Museum include a greatly expanded lobby, which will open into a two story atrium. The plans would reconfigure the auditorium and the Crane Room above. 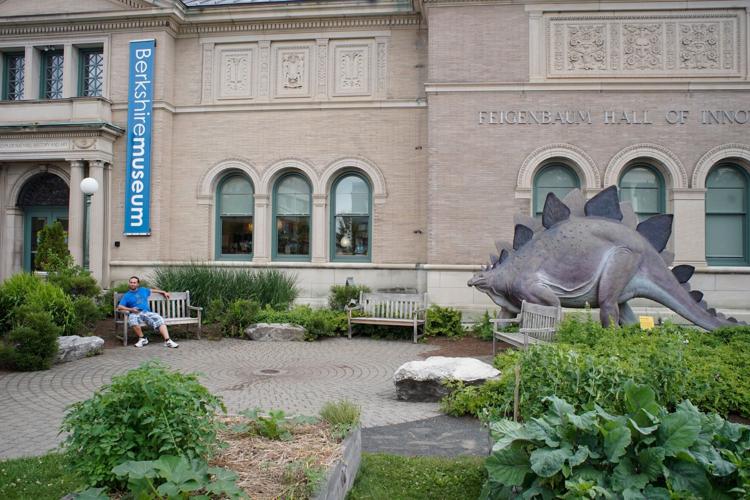 Berkshire Museum is sticking to its plan to sell 40 artworks to fund renovation and an endowment.

Plans for the Berkshire Museum include a greatly expanded lobby, which will open into a two story atrium. The plans would reconfigure the auditorium and the Crane Room above.

Berkshire Museum is sticking to its plan to sell 40 artworks to fund renovation and an endowment.

That plan, which includes a $40 million boost for its endowment and a $20 million renovation, largely requires the sale of 40 works of art from its permanent collection. Museum professionals refer to that sale process as deaccession.

Museum leadership has said its plans were driven both by financial necessity and public feedback. They have not explicitly said members of focus and "stakeholder" groups weighed in on the planned deaccession or its financial strategy.

But some members of the community have told The Eagle they believed museum leadership implied that the 400 participants had endorsed the planned deaccession, which includes works by artists Norman Rockwell, Alexander Calder and Rembrandt Peale.

"We asked these people to help us shape our plans, not to endorse them — although many have, publicly," board of trustees President Elizabeth "Buzz" McGraw wrote Thursday.

If deaccessioning came up individually or in groups, "it was acknowledged as being under consideration," Berkshire Museum spokeswoman Carol Bosco Baumann said via email. "And, to reiterate, museums don't necessarily consult with external parties on whether and what to deaccession. It is solely the Board's responsibility to figure out how to attain financial sustainability, deaccessioning or otherwise."

The museum's plans, which it has said are needed to correct a decades-long average annual deficit of $1.15 million, including depreciation, have drawn both support and criticism.

Selling artwork is not unusual in the museum world, but many art professionals contend proceeds from the sale of it should only be used to care for or improve a museum's collection.

Museum leadership said participants were promised anonymity and declined to release a list of participants. Those names are kept confidential "to promote unencumbered thinking and participation," Baumann said.

A request to speak with the 400 participants who took part in Berkshire Museum's two-year process was published in The Eagle last month. Four people responded to that request, each of whom was interviewed.

The majority of those interviewed said while they had not been asked about deaccessioning, they supported the museum's plans to do so.

Participants said they were largely asked for feedback about the future direction of the 114-year-old venue, which currently has a mix of art, science and natural history offerings.

The input Berkshire Museum received, gathered and compiled by two consultants, helped museum leaders decide to place a heightened emphasis on science and history. The museum will also take an interdisciplinary approach, which museum leaders have said will bring contemporary relevance to the more than 40,000 historical artifacts in its collection.

"I believe that they are doing the right thing. I don't think it is easy," said Cathy Deely a focus group participant. "But they faced reality head-on and, in a way, they are fortunate."

Deeley, who moved here about 10 years ago, is active in the arts scene locally and nationally.

In the Berkshires, she was board chairwoman of Berkshire Creative, a 1Berkshire board member, and a Norman Rockwell Museum trustee for a decade. Outside of the area, she chaired the Los Angeles Arts Loan Fund board and was marketing director of the Isabella Stewart Gardner Museum in Boston.

"I really, truly, believe that the museum is one of the most integral institutions to the life of the Berkshires," she said. "There is nothing else like it in the county."

Elissa Haskins-Vaughan, a mother of three, a museum member and frequent visitor, said she gave feedback to museum consultants as part of a group of five or six people.

"The whole group liked the idea of interactive exhibits," she said. And they were asked to discuss three options related to that. "We settled on the middle ground where there were some static exhibits and low-level interactive things."

As an arts professional who lives and works in the Berkshires, she said she sees both sides of this issue.

"I want Pittsfield and the museum to thrive," Haskins-Vaughan said. "I see it as a space that can be a vibrant community center." But "I do worry about the message [the deaccession] sends to future donors. I hope that people continue to donate to the museum."

Joan and Paul Gluck, who said they took part in another small focus group, have a long-standing relationship with Berkshire Museum.

Aside from being asked by consultants to consider a more modern and interactive museum, the two said their group also discussed whether the museum should continue to show a mix of exhibits or to have it focus on regional history and culture.

The Glucks said they were pleased with the process, which they described as "deliberative."

"We are full in support of the museum's decision as they embark on a new and exciting journey," Paul Gluck said. "The Berkshire Museum is a wonderful institution with a rich history and dedicated and hardworking staff. We are lucky to have them."

A portion of their collection of Northwest Coast Indian art was used last summer in the museum's exhibit "Finding Raven." And the couple has considering donating its extensive collection of art and related research materials to Berkshire Museum.

The Glucks said Shields suggested they keep the collection in the short term because it might not fit into the future direction of the museum.

"He did not want to accept our gift and then either turn around and sell it or just keep it in storage to gather dust," Paul Gluck said.

Technical Development Corporation, a Boston-based non-profit business planner, and EXP, an interpretive planning and design firm that has worked with museums across the country, spoke with more than 400 area residents invited by Berkshire Museum to participate in its process, according to museum leaders.

Museum trustees and staff also provided input and all discussed regional needs that could be met by the museum and also acted as a sounding board for the ideas being developed, according to Shields.