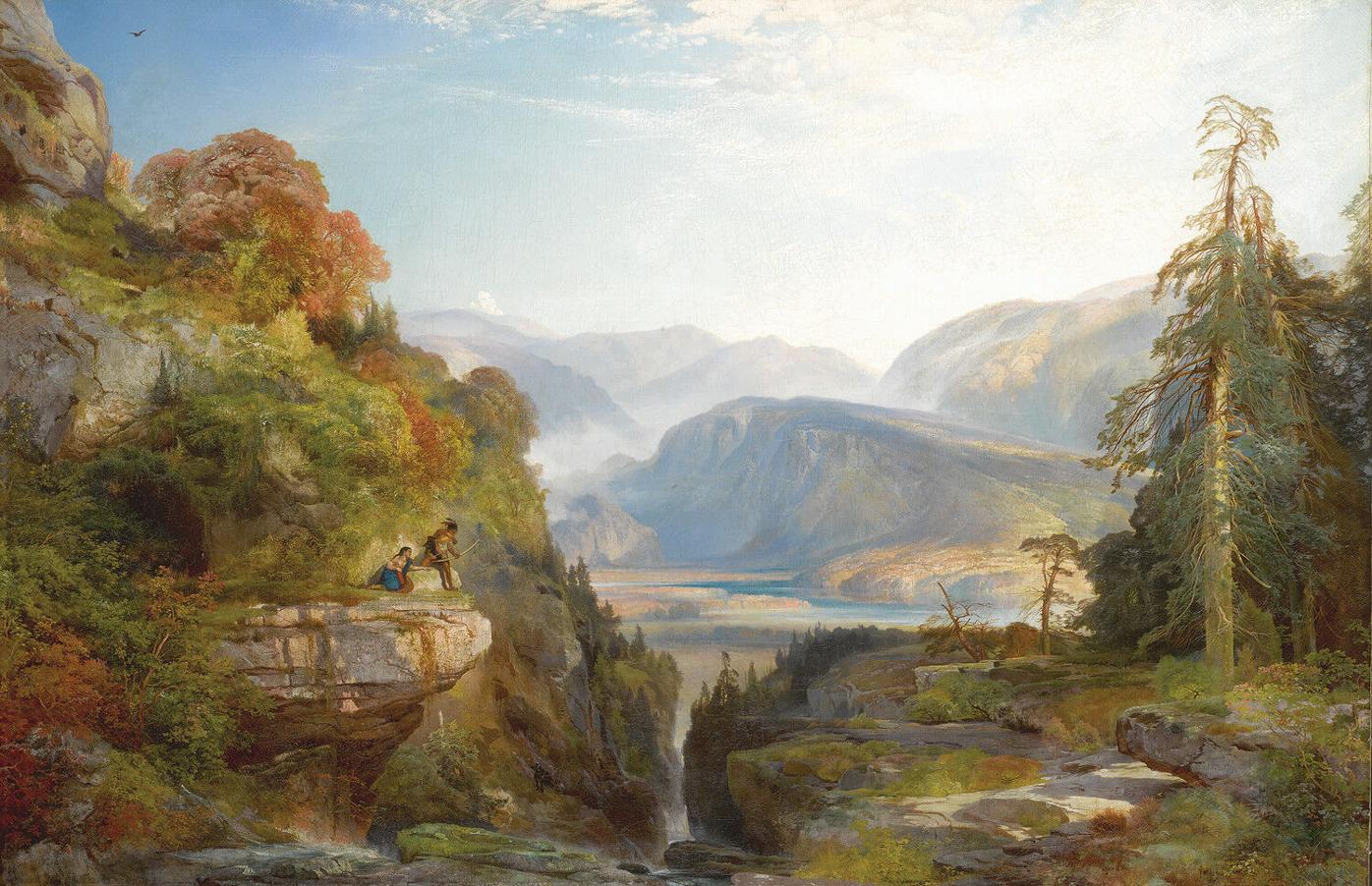 "The Last Arrow" by Thomas Moran 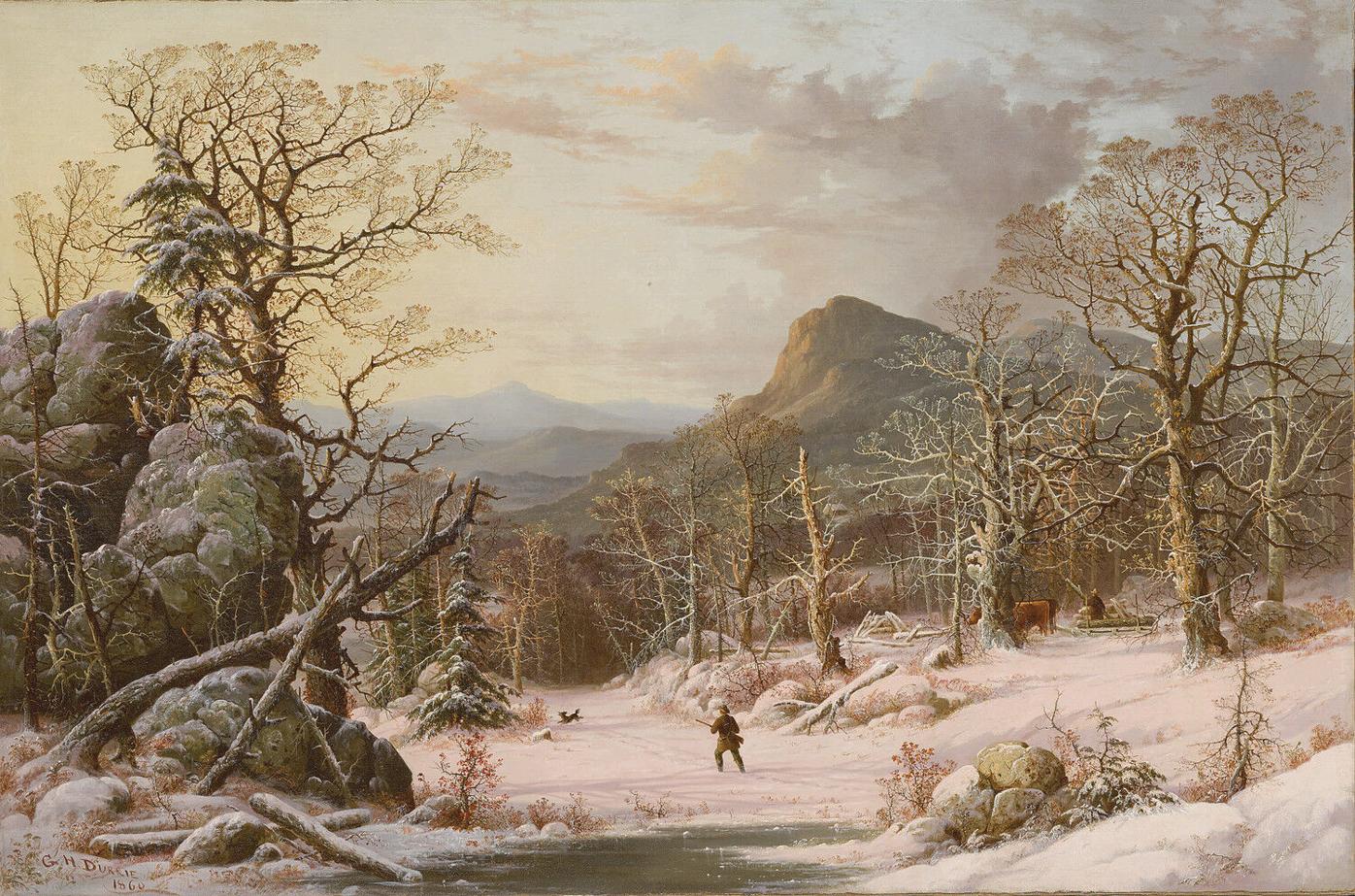 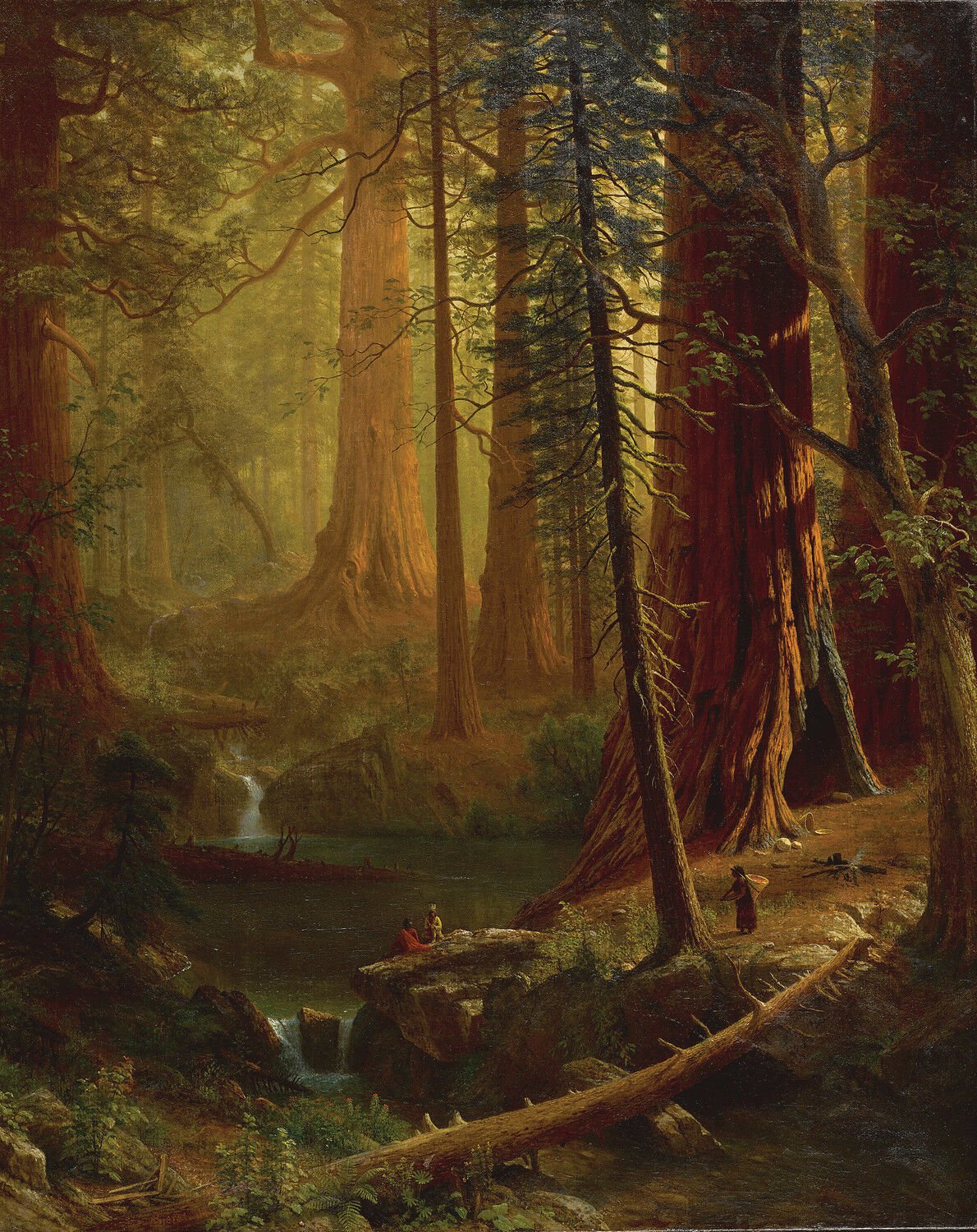 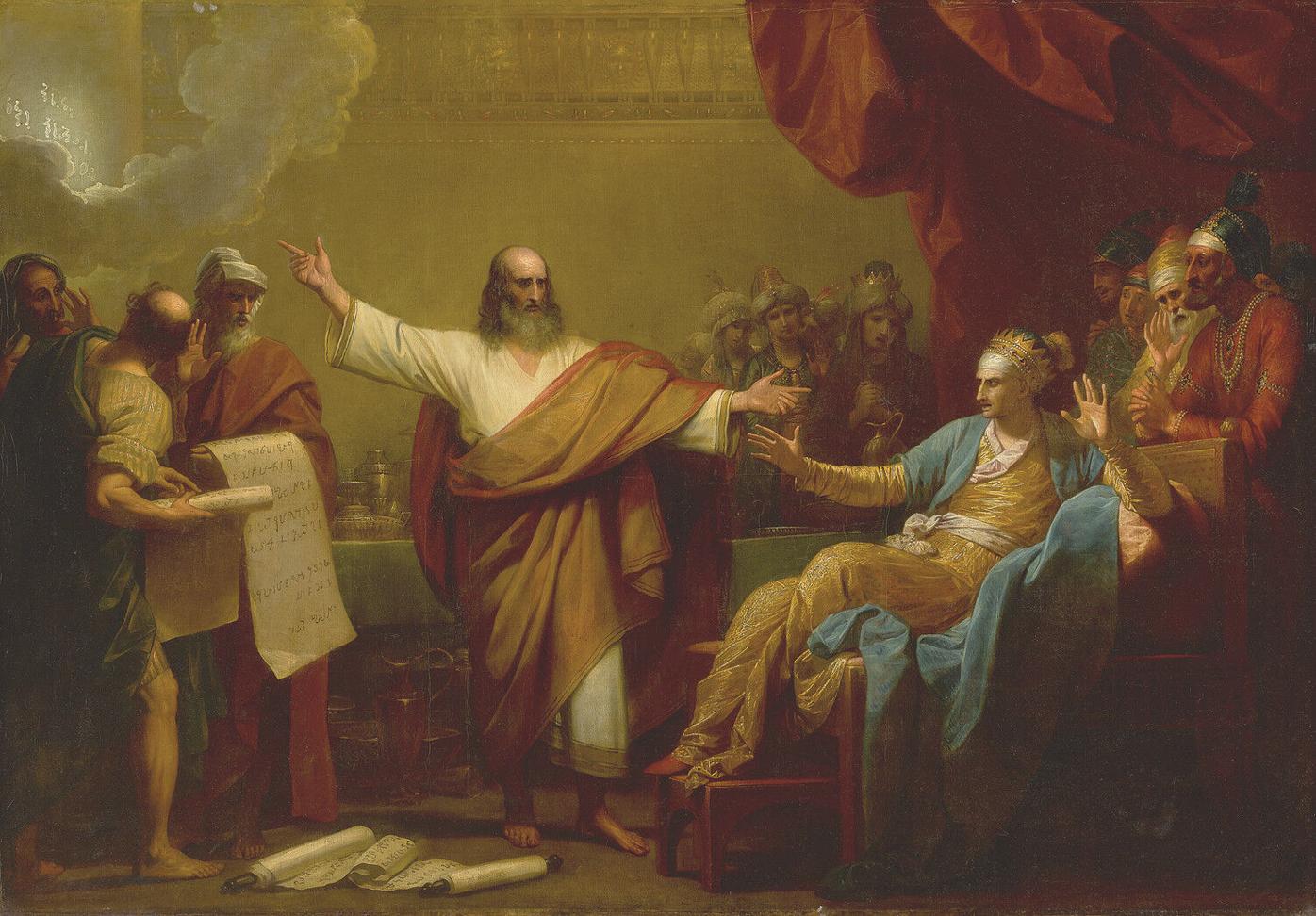 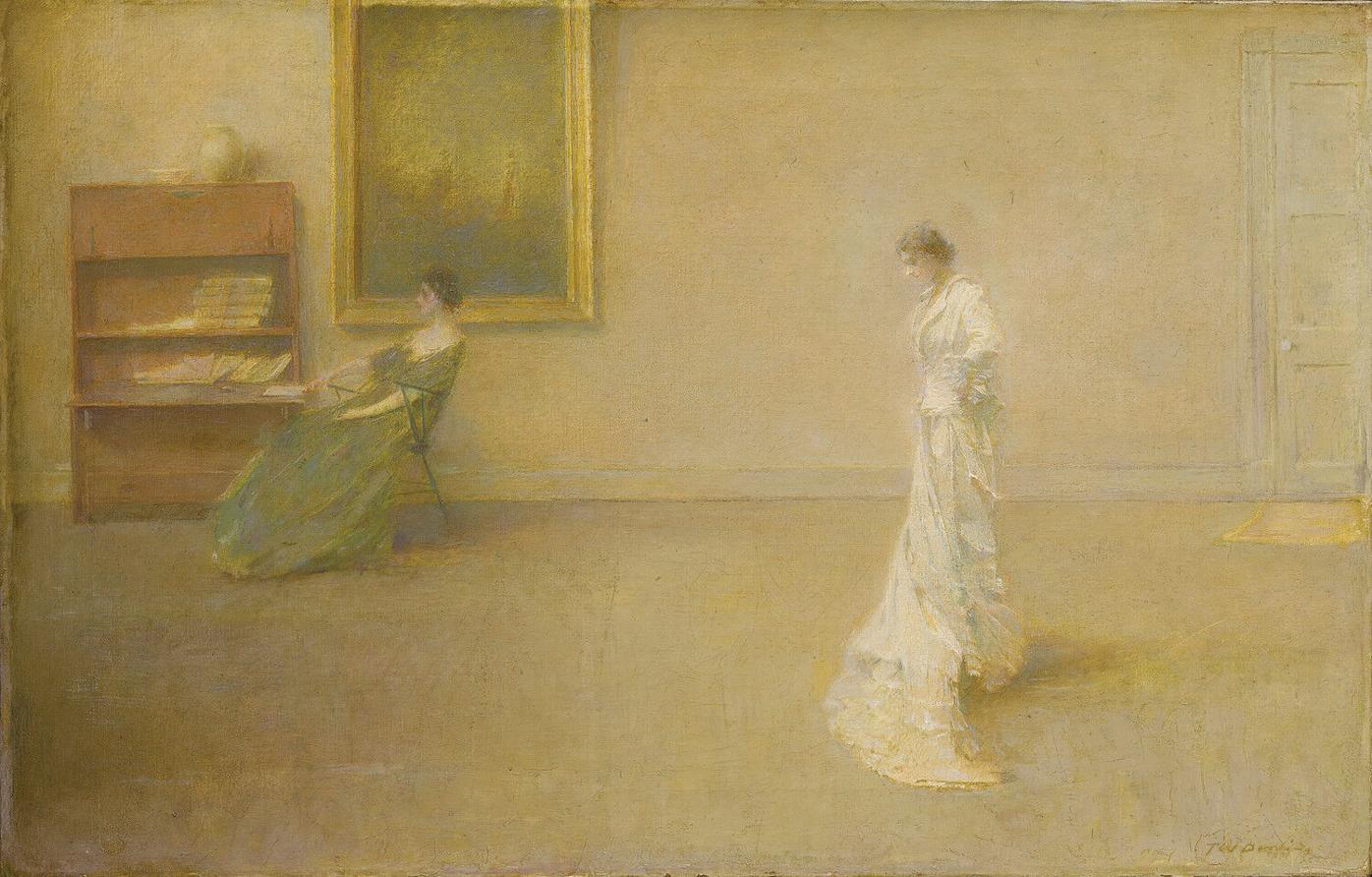 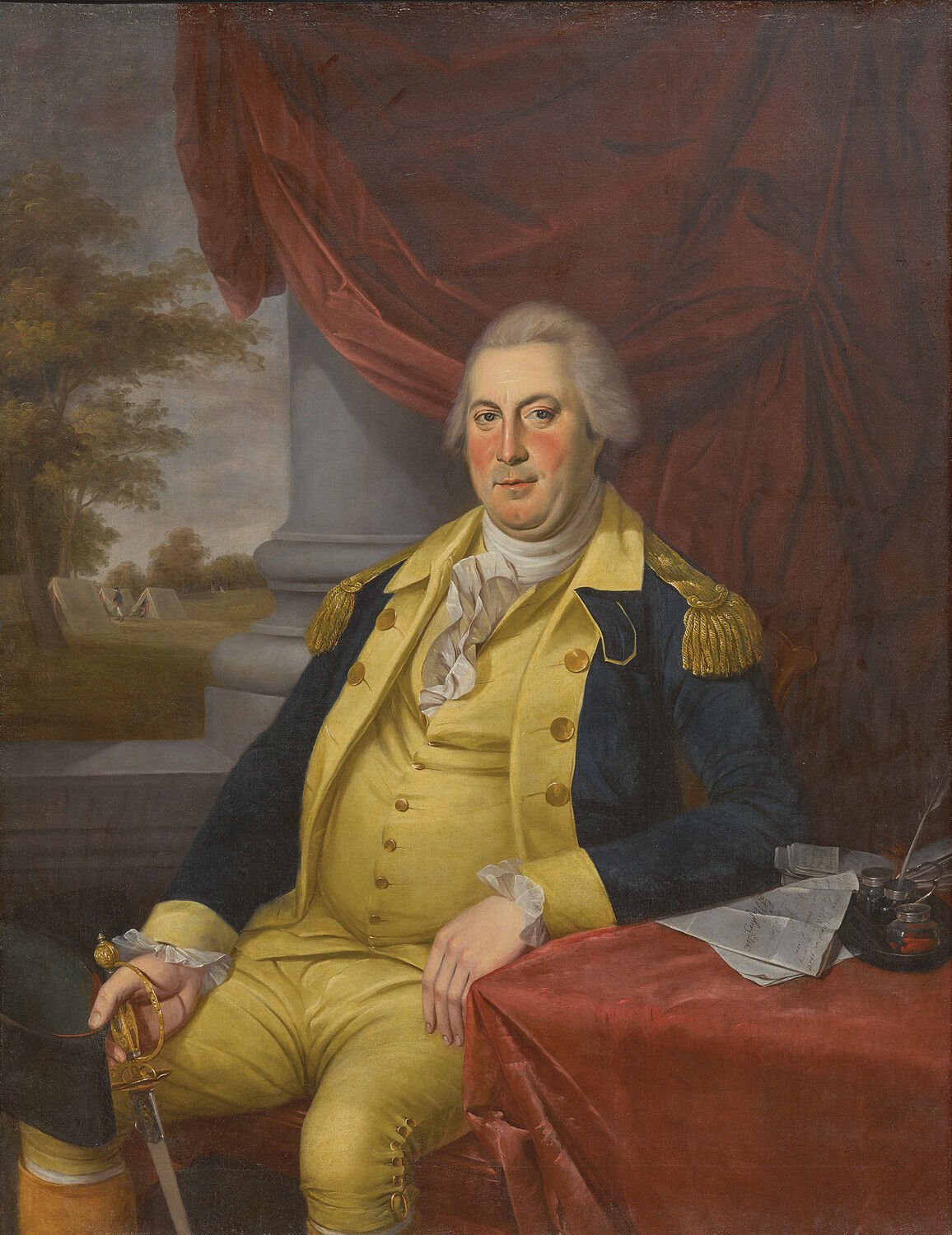 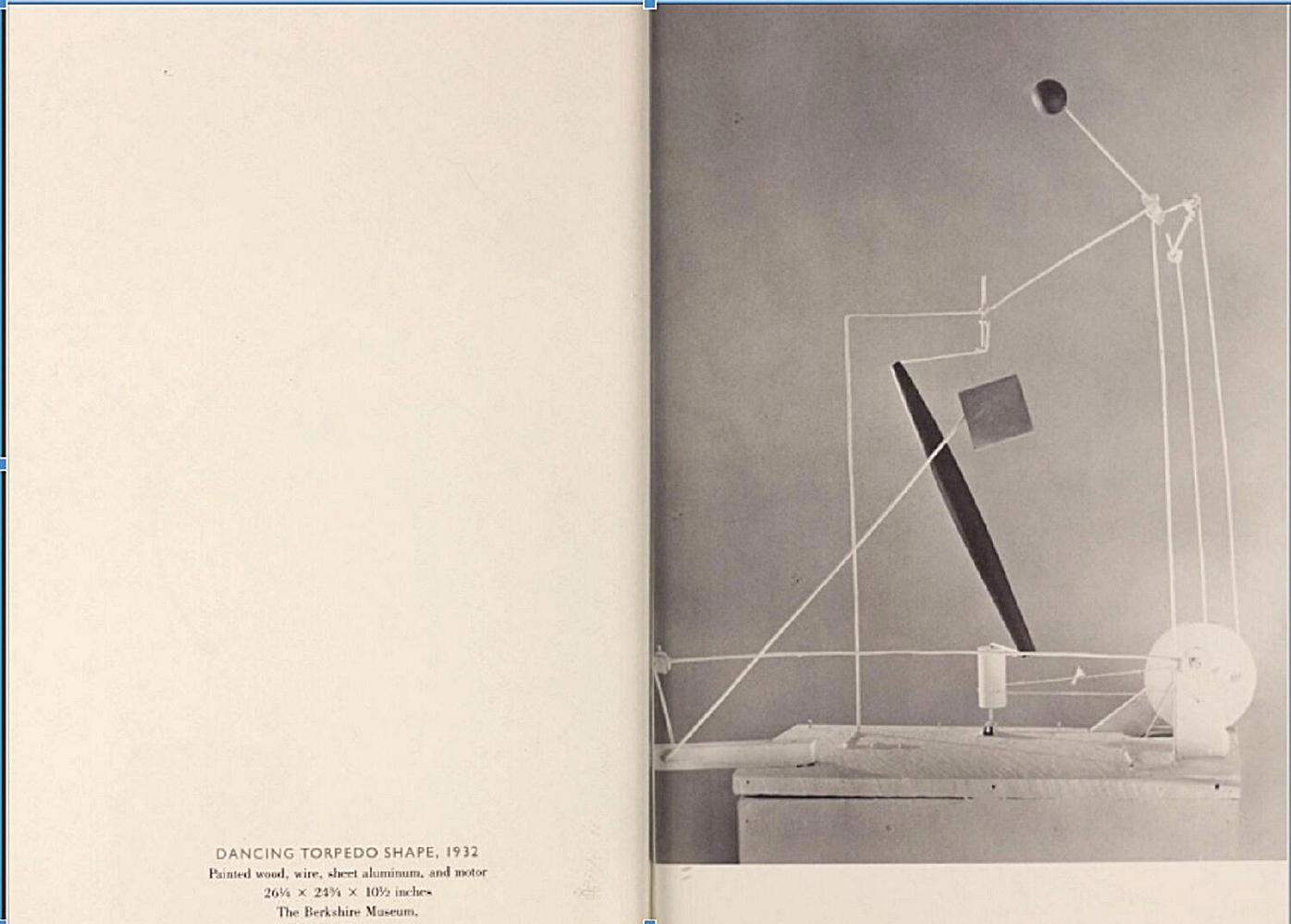 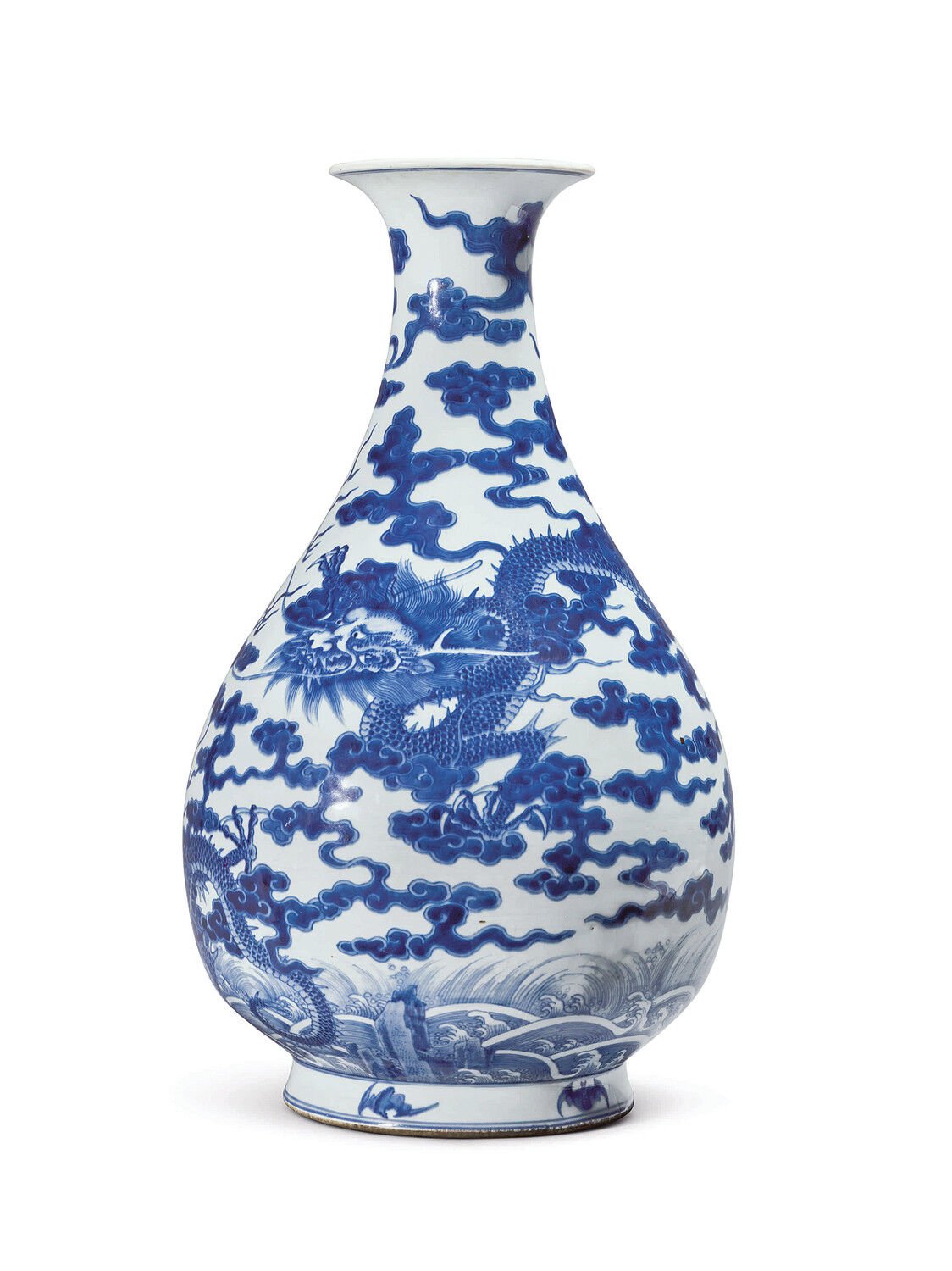 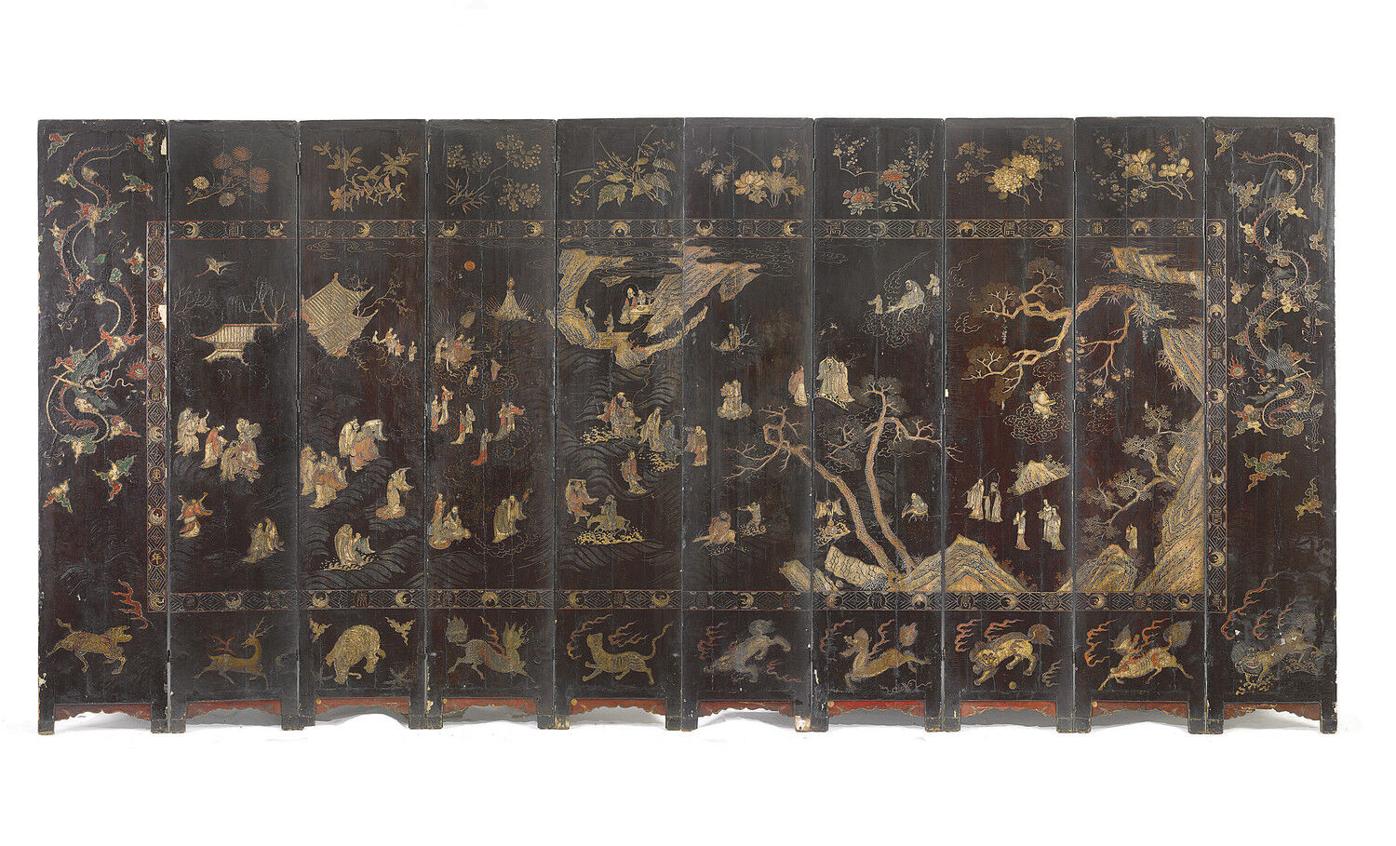 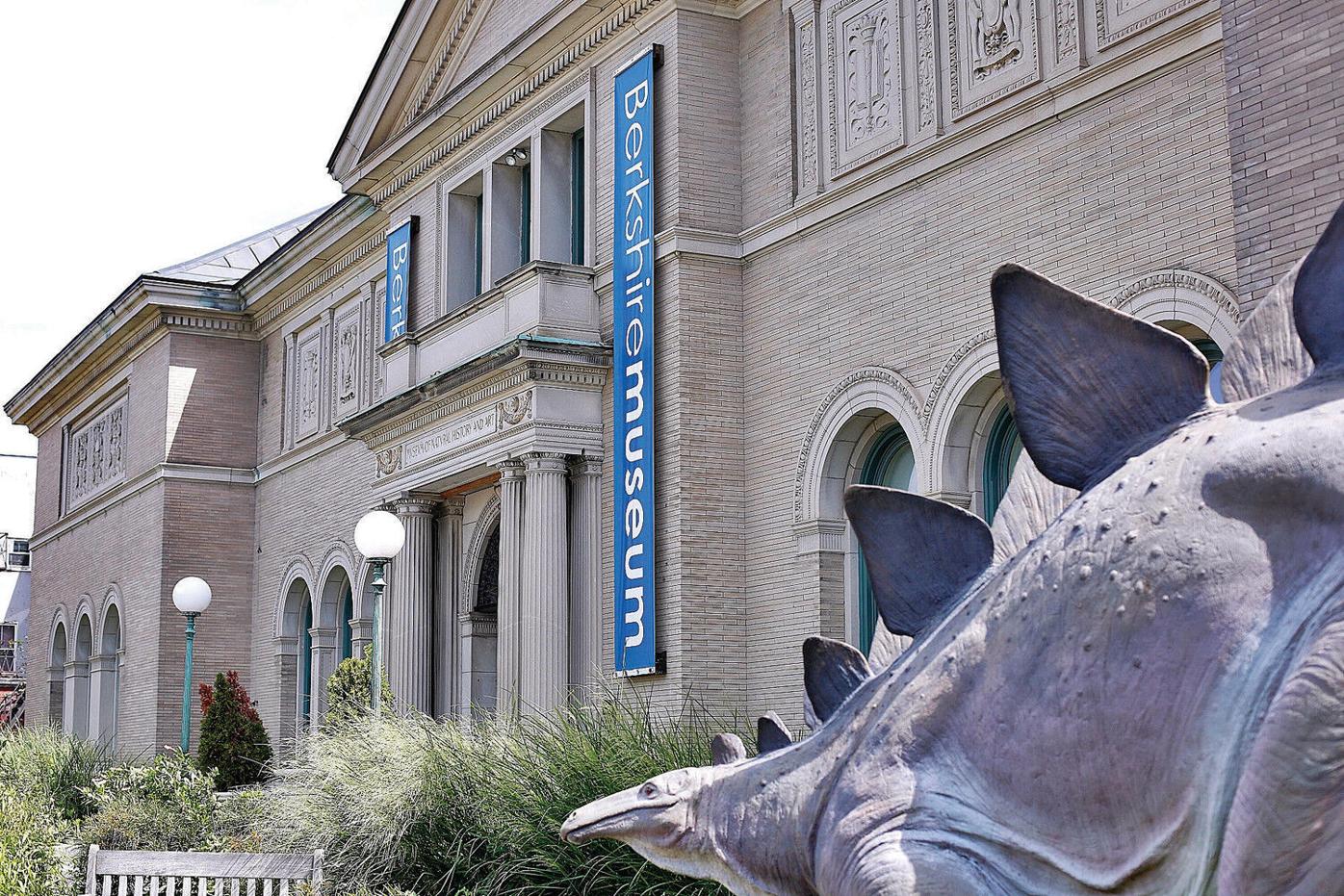 The Berkshire Museum has announced plans to sell nine more artworks, including seven in private transactions and two in auctions. All of the newly listed items were included in the original list of 40 artworks the museum said it would sell last year.

"The Last Arrow" by Thomas Moran

The Berkshire Museum has announced plans to sell nine more artworks, including seven in private transactions and two in auctions. All of the newly listed items were included in the original list of 40 artworks the museum said it would sell last year.

PITTSFIELD — Nine more Berkshire Museum works will be sold in coming months, the institution said Monday, in a drive to reach the full $55 million in proceeds allowed by an April court ruling.

Seven of the works will be sold in private transactions rather than auctions in an attempt to place them with new owners who will preserve public access.

Two other pieces will be offered for sale at a September auction at Sotheby's in New York City, the museum said. All of the newly listed items were included in the original body of 40 artworks the museum announced it would sell to close a recurring budget deficit and help fund a building project.

The museum faced blowback nationally and locally over its plan. It fought off legal challenges and a monthslong inquiry by the state Attorney General's Office, eventually securing consent from Attorney General Maura Healey and authorization from a justice with the Supreme Judicial Court for Suffolk County.

To date, the museum has netted $47 million from sales in April and May. That means the nine additional works are expected to bring $8 million in net proceeds.

Those values were included in court papers filed during litigation brought by three sons of the late artist Norman Rockwell and a group of Berkshire County residents.

Those estimates do not include any estimated auction values for Alexander Calder's "Dancing Torpedo Shape," a mobile sculpture that the museum said it will sell. It sold the same artist's "Double Arc and Sphere" in May.By selling through private transactions, the museum gains a measure of control over prices, but loses the possible high end, should competing bidders at auction drive values over estimates.The citizens group Save the Art-Save the Museum criticized the works chosen for a second sale.

"In light of the Museum's recent call for healing and promises of transparency, it is distressing that they have chosen to sell the most important of the remaining art," the group said in a statement Monday night.

"This reflects the Board's disregard of a substantial segment of the community who respect the integrity of the Museum's original mission — the study of art, natural sciences and the culture of mankind. This is clearly a violation of the public trust."

The group called for people who disagree with the decision to sell additional artworks to speak out "and to continue to voice their objections."

The new works to be sold privately include:

- Albert Bierstadt, "Giant Redwood Trees of California." The work, circa 1874, had been scheduled for auction last November, but the sale was canceled after an appeals court judge issued an injunction at the request of Healey's office. It was valued for that sale at $1.5 million to $2.5 million.

The oil-on-canvas painting was a gift from museum founder Zenas Crane. According to a 1903 press account about the museum's opening, the work was on display then.

- Alexander Calder, "Dancing Torpedo Shape" (a mobile sculpture). This 1932 wood, wire and aluminum piece was bought by Laura Bragg, a former museum director, in 1933, reportedly the first by the artist to be acquired by a museum. The work was featured in museums around the world, according to the court papers.

- Thomas Moran, "The Last Arrow." This 1867 oil-on-canvas work was given to the museum in 1915 by its founder. It had been listed for sale at the November auction but was pulled due to the injunction.

At the time, it carried sales estimates of $2 million to $3 million. The 1916 annual report of the Berkshire Athenaeum and Museum said it was one of 22 paintings on display in the gallery that year.

- Charles Wilson Peale, "Portrait of General David Forman." Painted around 1784, this oil-on-canvas portrait of the Revolutionary War military figure had been listed for the November sale and was valued before that date as carrying an auction range of $200,000 to $300,000.

Forman, a close ally of Gen. George Washington, was nicknamed "Devil David." The work was donated by Zenas Crane.

- Benjamin West, "Daniel Interpreting to Belshazzar the Handwriting on the Wall." The oldest work listed for sale, this 1775 oil-on-canvas painting was a gift from Zenas Crarne. The museum had planned to sell it in February, but litigation blocked that. An article in Antiques magazine in November 1982 notes that it departed from the "strict neoclassical style" of the artist's early works. It carried an auction sale range of $200,000 to $300,000.

The two works to be sold at Sotheby's "Asia Week" auction in September are:

The sale of a second group of works will leave 17 of the original 40 items that were listed for sale in the museum's collection.

If the second round of sales does not allow the museum to reach its $55 million goal, it has authority to put a third round of works on the market.

In a brief statement Monday, the museum noted that the sales fall within permissions granted in the SJC ruling.

"The agreement between the museum and the AGO called for the museum to offer works for sale in groups or tranches, until raising the $55 million determined to be needed to secure the museum's future, including funding the endowment, needed repairs to the museum building and the interpretive approach to the collection," the statement said.As required by its February agreement with Healey, the museum said it has notified the Attorney General's Office June 15 of its plan for the second group of sales.

While the museum said it "aims" to place seven of the artworks with owners who will keep them on view, the statement did not say it will decline to sell to a private buyer, if that is the only option.

Carol Bosco Baumann, the museum's spokeswoman, said the institution hopes to keep as many works as possible accessible to the public.

"But our primary and fiduciary duty is to do what is best for Berkshire Museum," she said.

When asked how the nine works were chosen, Bosco Baumann said some were identified for sale because of the monetary value to ensure, she said, "that the Museum has sufficient funds to secure its future, provide necessary repairs to our facilities, and update our interpretive plan to be relevant to a 21st century audience."

Other works were selected for sale because their interpretive value was considered low for the museum's needs, including the Asian pieces.

"Also, many of these works were identified based on their relative likelihood of ending up in the public domain," she said, in response to questions from The Eagle.

Of the 17 works the museum will retain, none was valued in pre-auction estimates at more than $800,000.Two sculptures by Giulio Tadolini and Franklin Simmons were not valued. Of the 15 others, as a group they received total auction bid estimates ranging from $2,315,000 to $3,410,000, according to the court papers that contained Sotheby's calculations.