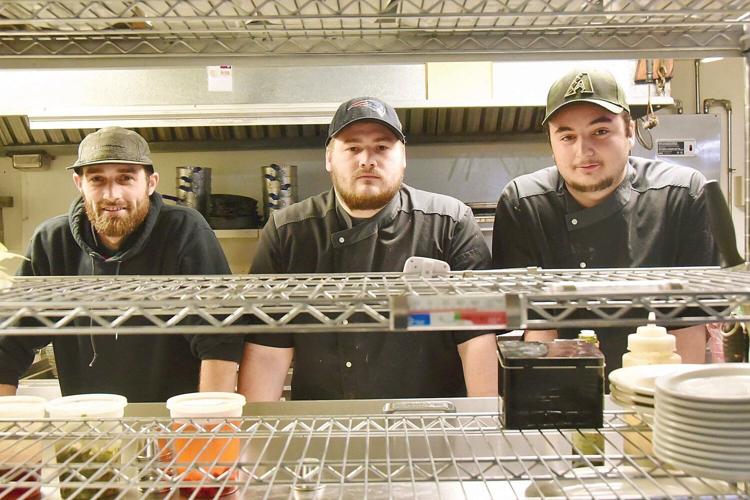 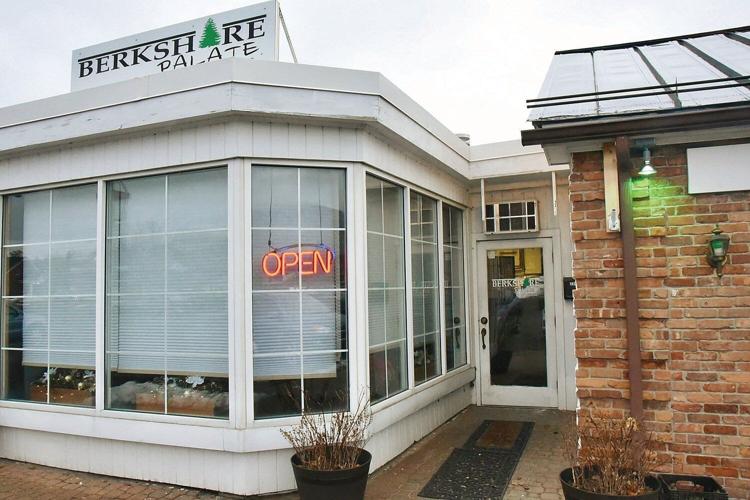 Berkshire Palate has moved a few doors east in the Colonial Plaza.

Berkshire Palate has moved a few doors east in the Colonial Plaza.

WILLIAMSTOWN — Local Chef Zach Brassard has some new toys to play with.

Brassard is the chef at Berkshire Palate, which just moved a couple of doors east from its former space in the Colonial Plaza shopping center.

The new place, which has housed a number of pizzerias, has a bigger dining area and kitchen. The kitchen space has bigger apparatus and a few tools Brassard did without at the former space. And there is a bigger walk-in refrigerator and more room for storage.

So, now, Brassard can cook more varied dishes at a higher volume. He likes that.

"Now we can have a whole appetizer section on the menu," he said with some satisfaction. "And there's more room to move around in the kitchen.

Noting that the Palate is a change of direction for the space — the Palate is not a pizza restaurant and won't be serving it — Brassard said he is happy with the expanded menu and is looking forward to coming up with more new dishes as the seasonal menu evolves. The Palate sources its ingredients from 17 local farms.

Brassard's father, Paul Brassard, is a partner in the business, as are his brothers, Aaron and Nolan Brassard.

Paul Brassard said their first restaurant opened just over a year ago, a few doors down from the new spot, the fulfillment of a family dream.

But, as the high summer season progressed, it soon became apparent that they would do well to increase the number of seats to capitalize on the tourist market, and to help get through the slower winter season.

So far, they have seating for 42, which more than doubles the amount of seating in the former spot. And there still is another smallish dining room for them to sort out, and in the summer, they can add tables with about 10 seats on the sidewalk.

There still are a few details to tend to in the new restaurant, Paul Brassard noted. For example, he will be seeking local artists to display their work on the walls, and there still are a couple of doors to be hung.

The Palate team also is happy for the additional capacity to help them with the catering side of the business, which took off last summer "organically," the elder Brassard said, without any attempt at marketing. So, they expect to see that grow in the coming year.

"The catering took off faster than we thought it would," Paul Brassard said. "It happened organically, before we had the chance to do any marketing."

They were able to transfer the beer and wine license, and they plan to expand on their wine list and craft beer menu.

The guys started thinking about getting into the restaurant business when Zach graduated from culinary school at the State University of New York College of Agriculture and Technology at Cobleskill, the elder Brassard said. After scoping out more than a dozen locations, they landed on Main Street in Williamstown — partly because of all the cultural attractions and the economic activity.

Nolan Brassard works behind the scenes, keeping the books and paying the bills, among other things.

Aaron has two jobs. One is in the restaurant as a line cook, and the other is as a freelance LED video technician, traveling around the country to entertainment and sporting events to install and operate Jumbotron video systems.

Paul Brassard also works in the restaurant when not focusing on his full-time gig as a freelance commercial photographer.

Overall, the Brassard boys are happy with the new spot.

"Some people judge a book by the cover," Paul Brassard said. "Now, we have a better cover."