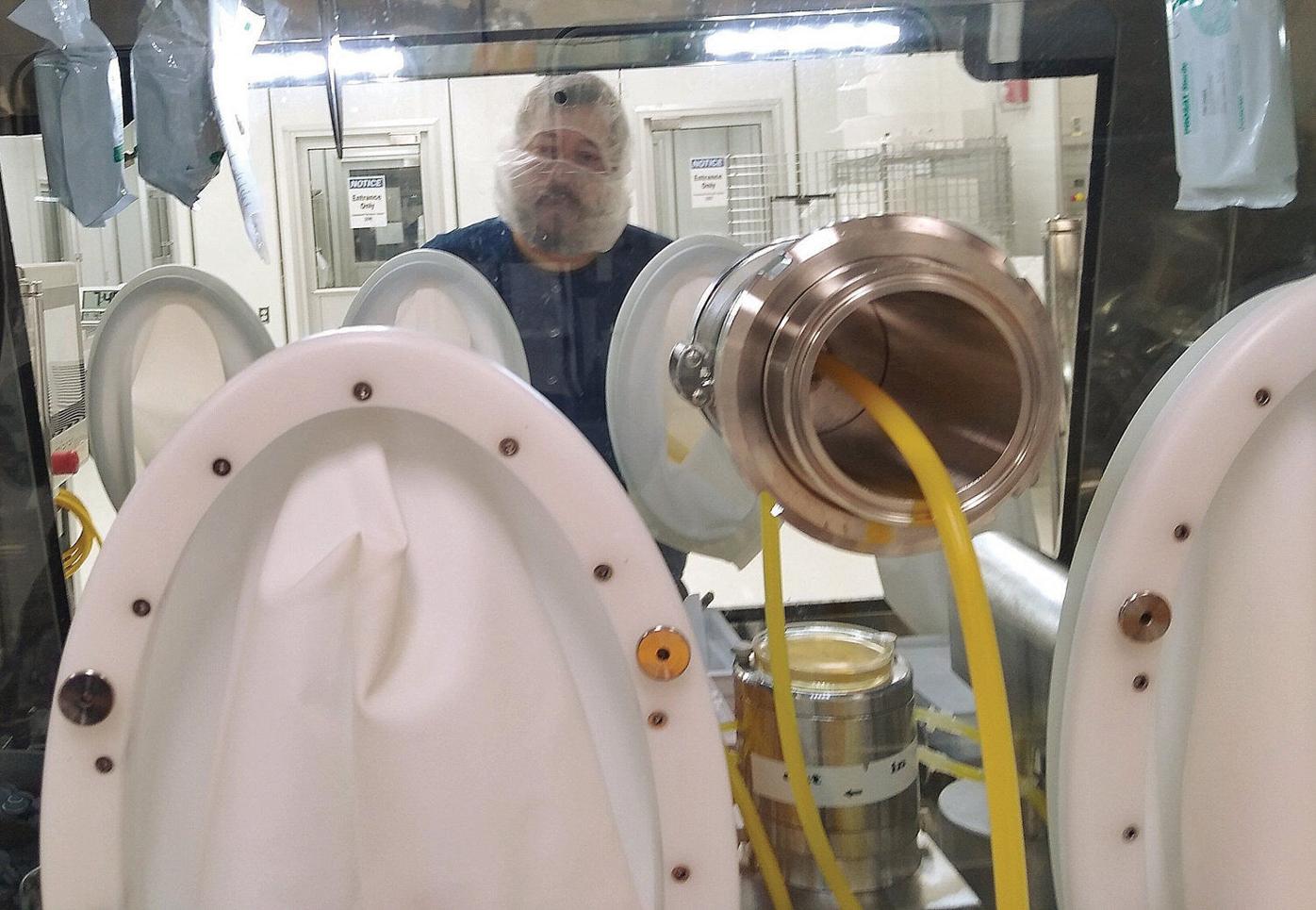 Josh Yaklin fills vials with a COVID-19 drug on Saturday at Berkshire Sterile Manufacturing in Lee. 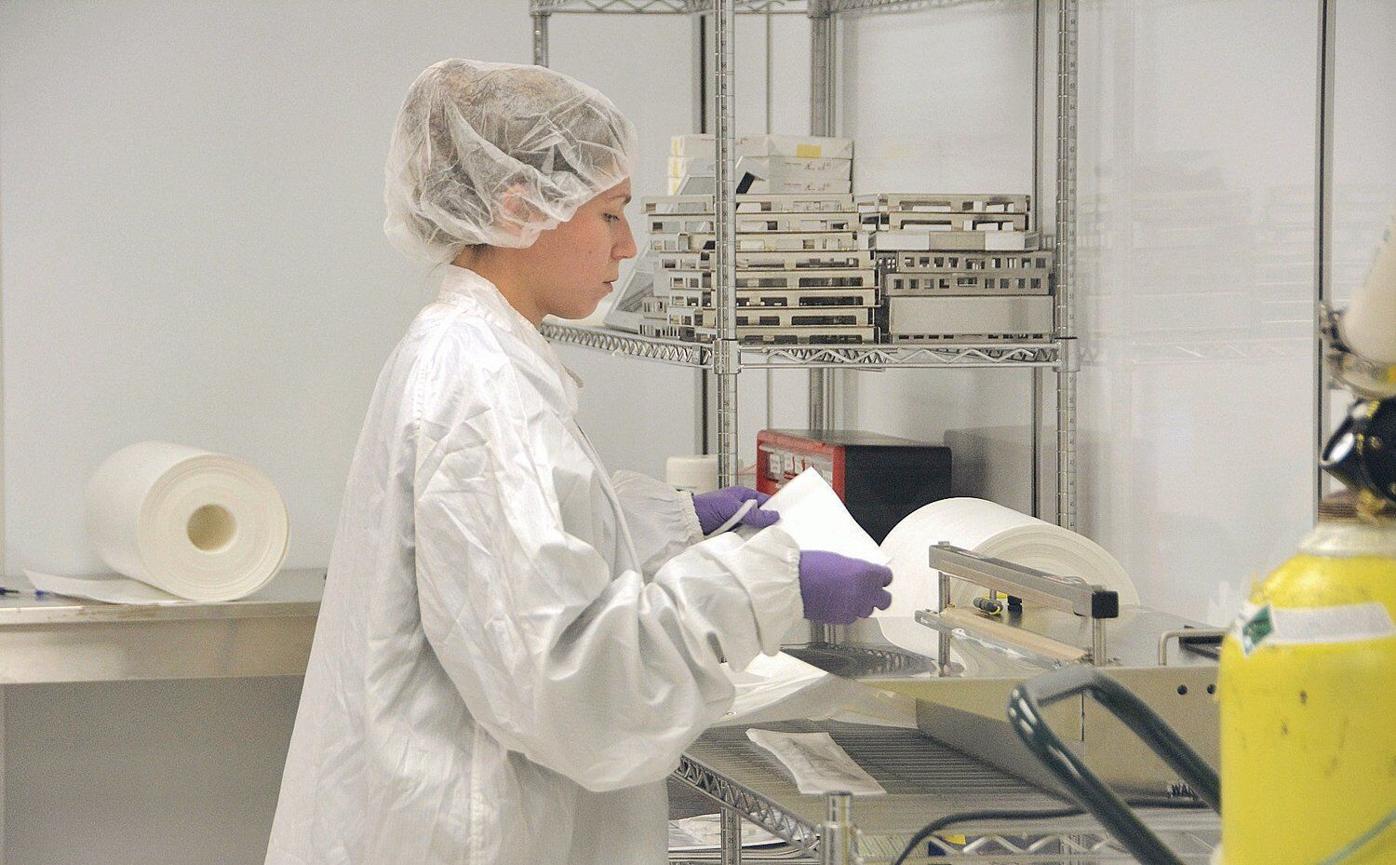 An employee prepares manufacturing items to be sterilized at Berkshire Sterile Manufacturing in Lee in 2016. The company, which is working with pharmaceutical companies to develop treatments for coronavirus, is planning a $20 million expansion of its clean room facility, 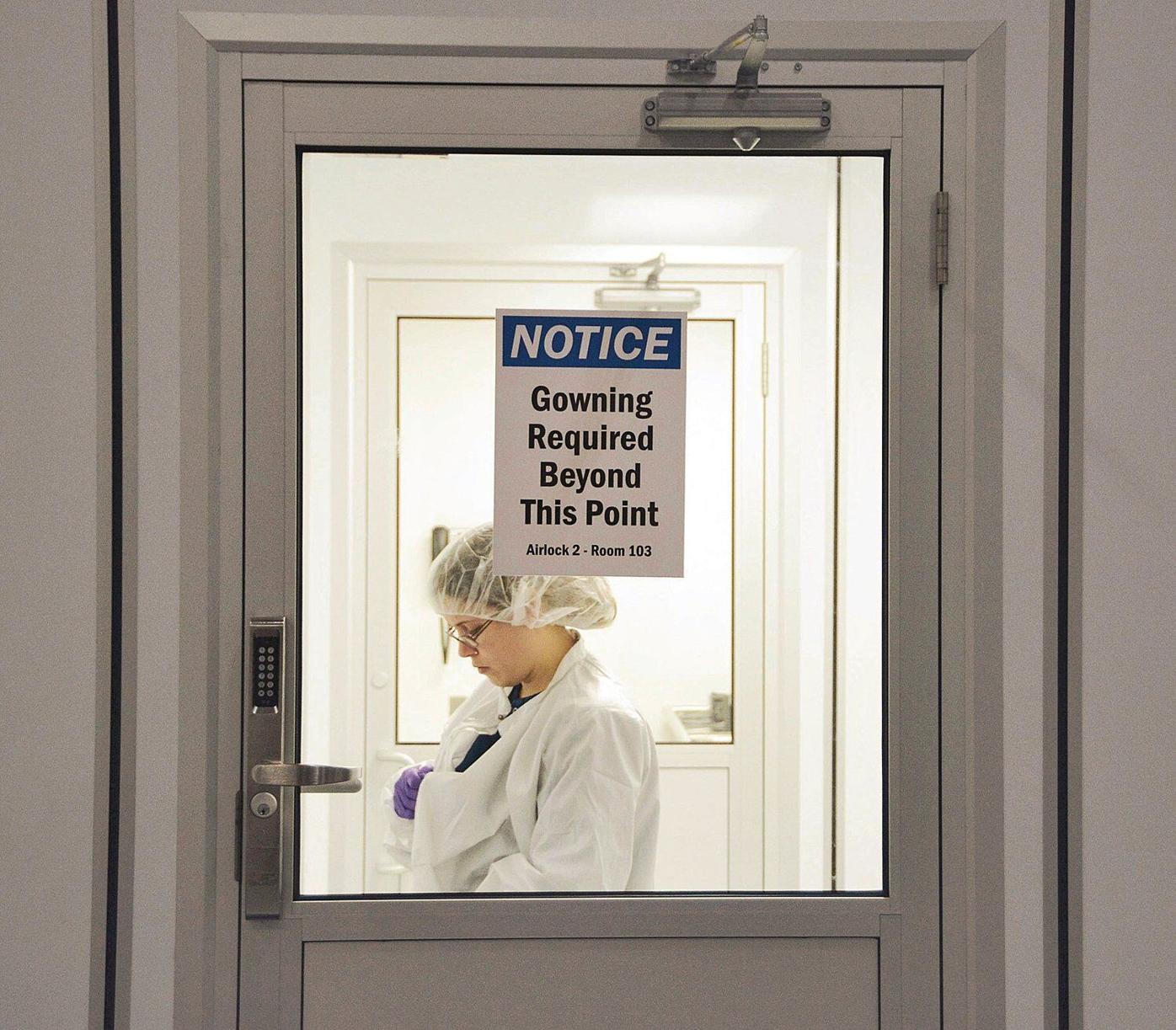 Berkshire Sterile Manufacturing is planning a $20 milliion expansion of its clean room facility in Lee beginning this fall. The company has been working with pharmaceutical companies developing treatments for the coronavirus. 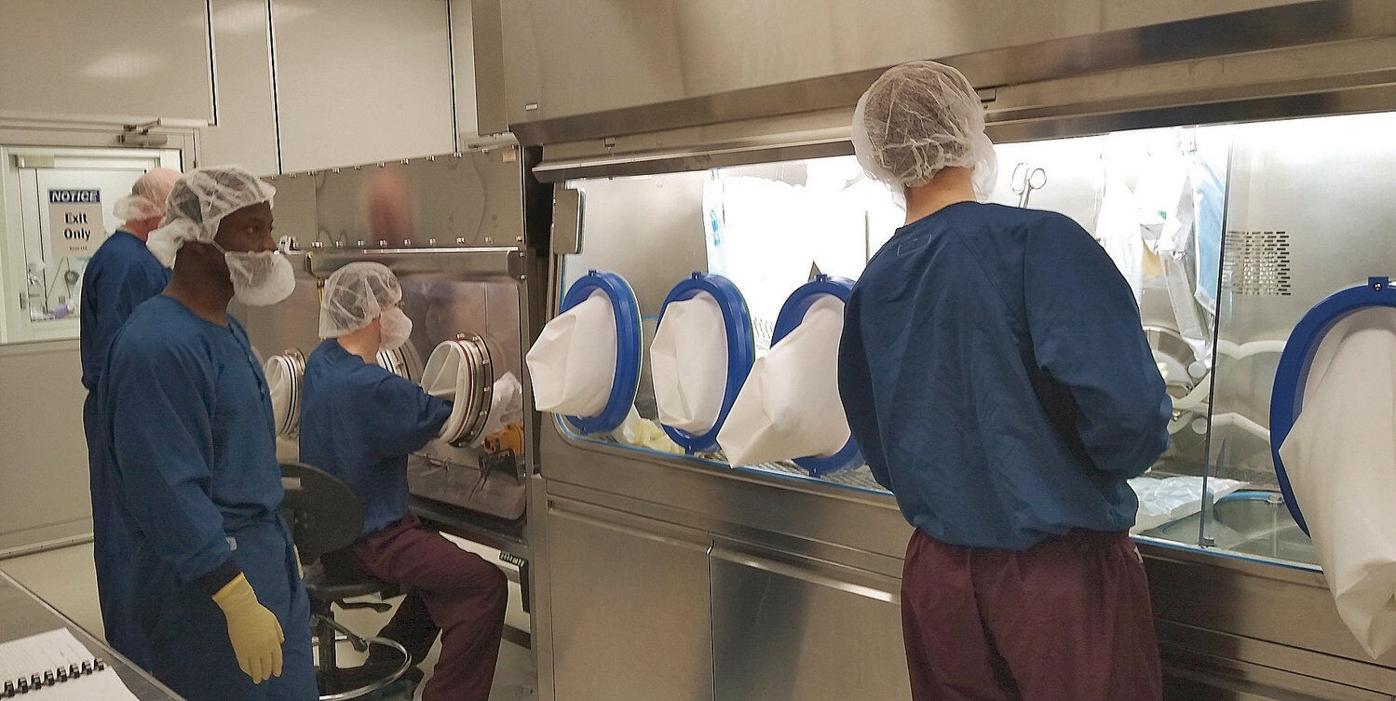 Employees fill vials with a COVID-19 drug on Saturday at Berkshire Sterile Manufacturing in Lee.

Josh Yaklin fills vials with a COVID-19 drug on Saturday at Berkshire Sterile Manufacturing in Lee.

An employee prepares manufacturing items to be sterilized at Berkshire Sterile Manufacturing in Lee in 2016. The company, which is working with pharmaceutical companies to develop treatments for coronavirus, is planning a $20 million expansion of its clean room facility,

Berkshire Sterile Manufacturing is planning a $20 milliion expansion of its clean room facility in Lee beginning this fall. The company has been working with pharmaceutical companies developing treatments for the coronavirus.

Employees fill vials with a COVID-19 drug on Saturday at Berkshire Sterile Manufacturing in Lee.

LEE — Berkshire Sterile Manufacturing, which has been working to help develop medications to treat coronavirus, has begun preparations for a $20 million expansion of its clean room facility.

The project, scheduled to begin in the fall pending approval of financing and a tax incentive package from the town, could lead to dozens of new jobs in the coming years, according to Shawn Kinney, the company's president and CEO.

The new drugs include an immune system booster to help people who already have contracted the virus to fight it off, and a serum to help increase the consumption of oxygen in the lungs, Kinney said. The latter medication is being developed by a private company for the French government, and is designed to help relieve the shortage of ventilators in that country, he said

The expansion of the clean room is a long-term project that the company hopes to begin in the fall. On Thursday, Kinney said the Massachusetts Business Development Agency and the state's Economic Assistance Coordinating Council have granted the company provisional approval to move forward with the expansion, which is expected to include a $1.5 million tax increment finance package from the town of Lee.

The tax package requires approval at town meeting, which is scheduled for May 14, but with the uncertainty surrounding the COVID-19 pandemic, the two state agencies have allowed the company to begin purchasing new equipment for the project now. The company is seeking financing for the expansion project from two banks.

"Basically, this is a placeholder so that we can go ahead and start ordering the equipment and still be covered [by the proposed tax package]," Kinney said. "The lead time is pretty long on some of the equipment."

Berkshire Sterile is planning to double the size of its current clean room facility by putting in a sophisticated filling line that will be manned by robots, he said.

"We're not trying to eliminate jobs," Kinney said, "but the robots don't shed any bacteria so it's the safest way to do manufacturing. It will more than double our capacity for large-scale manufacturing that we have now, bring us larger customers, and allow to do more advanced work in clinical studies and on their commercial projects."

The company currently has 150 employees, and Kinney said the expansion will allow it to add 75 jobs more over the next three years.

"I anticipate there will be more than that," he said.

Meanwhile, the company continues to play a role in developing COVID-19 medications. After receiving the active pharmaceutical ingredient provided by the drug companies, employees at the Lee clean room facility sterilize the drug and place it in vials and syringes. Then clinical trials are held on the newly developed drugs to determine if they are safe to put on the market.

"We are going to do it as quickly as we possibly can," Kinney said last week.

The company began producing the immune system booster Thursday, and was expected to produce the serum this weekend, according to Kinney. Last month, it provided the sterilization process for a medication that is intended to help reduce inflammation in the lungs of those who have contracted COVID-19.

Workers at Berskhire Sterile spent this past weekend working to fill vials with the new COVID-19 drugs, with staff beginning the work at 6:30 a.m. Friday and working continuously until the end of the day Sunday. The medications are expected to be released to start treating people before the end of April, Kinney said.

The first COVID-19 medication that BSM formulated and placed into vials on March 21 has already been sent back to the manufacturer. The 5,271 vials prepared at the Lee facility will be labeled, packaged and shipped to clinical sites for immediate use after approval and release.

Due to confidentiality agreements, Kinney declined to identify the pharmaceutical companies with whom Berkshire Sterile is working. The maker of the immune booster is based in Colorado, he said. The manufacturer of the inflammation drug is located in Waltham, and Berkshire Sterile has been dealing with that company's office in San Francisco.

The spread of the COVID-19 pandemic has caused some Berkshire Sterile employees to stay home to take care of their children, because the nearby child care center many employees use has been closed amid the governor's state of emergency orders.

On Thursday, the center agreed to open just to Berkshire Sterile employees, which is permitted under an exemption for child care facilities that cater to emergency responders and other essential workers.

"The fact that they opened for us makes a big, big difference," Kinney said.

This story has been modified include updated information and photos on the filling of vials of COVID-19 medications.