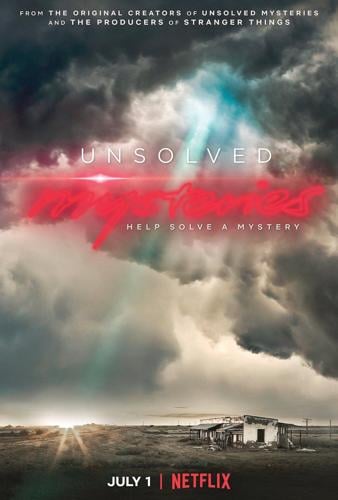 An episode of the new "Unsolved Mysteries," debuting July 1 on Netfilx, focuses on the Sept. 1, 1969, UFO sightings in Great Barrington, Sheffield, Stockbridge and Egremont. 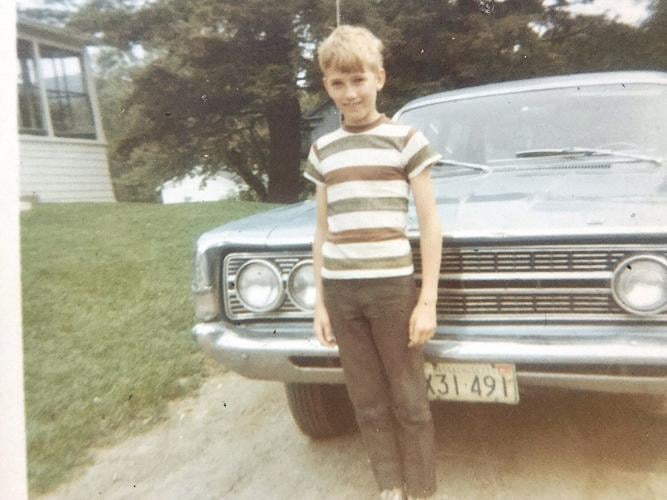 Tom Warner, of Great Barrington, is featured in the "Berkshires UFO" episode of "Unsolved Mysteries," which debuts July 1 on Netflix.

An episode of the new "Unsolved Mysteries," debuting July 1 on Netfilx, focuses on the Sept. 1, 1969, UFO sightings in Great Barrington, Sheffield, Stockbridge and Egremont.

Tom Warner, of Great Barrington, is featured in the "Berkshires UFO" episode of "Unsolved Mysteries," which debuts July 1 on Netflix.

"Unsolved Mysteries" is back. The iconic series makes its Netflix debut Wednesday, July 1, with the release of six of 12 new mysteries and unexplained events, including an episode featuring the reported UFO sightings in Great Barrington, Sheffield, Stockbridge and Egremont in 1969. The remaining six episodes of the docuseries will be released later this year.

"Berkshires UFO," the fifth episode in the new season, is teased in a newly released trailer, youtu.be/oZ4FrgGILM8, featuring video from the upcoming episodes.

In one segment of the trailer, a woman's voice narrates, saying, "I saw a lot of lights and all of the sudden everything erupted loudly," as images of a car, in the center of a spotlight and seen from above, is panned over, before the image fades into footage of leaves and tree branches blowing in the wind.

The voice-over continues into the next clip, of a woman in a green dress staring at the sky from inside a house. "I get goosebumps just thinking about it," the woman's voice says. The same woman is featured in another part of the trailer, this time in the woods. "We never spoke of it," she says to someone off-camera.

Dozens of Berkshire residents, many who were children at the time, are said to have witnessed the UFOs that night in 1969. The sightings were reported on by WSBS radio, in Great Barrington, which received many calls from witnesses who said they saw bright lights and a saucer-like object flying in the sky.

"Our story producer came across the Berkshire UFO incident while doing a 'deep dive' into UFO research. What intrigued us about the story was that so many people who witnessed the UFO, had not told anyone about it, afraid that they would be ridiculed. It was a story that hadn't been told before," said Executive Producer Terry Dunn Meurer in an email reply to The Eagle. Meurer, along with co-Executive Producer John Cosgrove, produced the original series that premiered in 1987. It aired for 11 seasons, had 260 episodes and over 1,000 stories.

The 1969 UFO event might not be well-known outside of the Berkshires, but in 2015, it was brought back into the public consciousness when the Great Barrington Historical Society decided to include Thomas Reed's account of his family's encounter with aliens in its historical archives. The 6 to 3 decision in favor of recognizing the event as "historically significant and true," was based on the radio station's reports, eyewitness accounts of people from Sheffield, Great Barrington, Stockbridge and Egremont, who are said to have witnessed the object — some of whom gave testimony to the U.S. Air Force and polygraph results on Reed, showing a 99.1 percent truthful reading under questioning about what he saw.

In 2015,  a 5,000-pound granite monument was placed on the site of the Reed family's encounter, near the Sheffield Covered Bridge. The monument, paid for by witnesses of the events, was removed from the park created around the monument in 2019 by the town. Town officials say the monument was on public land, not private property.

Reed, who now lives in Tennessee, and Tom Warner, of Great Barrington, have confirmed they were interviewed for the episode, but non-disclosure agreements prevent them from speaking with the press prior to the show's debut. Pittsfield officials also announced that scenes for the episode were filmed in the Local History Department of the Berkshire Athenaeum. The department also supplied the show with historical information about the sighting.

Other episodes being released on Wednesday are "Mystery on the Rooftop," "13 minutes," "House of Terror," "No Ride Home," and "Missing Witness."

"Unsolved Mysteries," created by Meurer and Cosgrove, evolved from three specials they produced for NBC in 1985 called "Missing: Have You Seen This Person?" Those three specials resulted in seven of the featured missing person cases being solved as the result of viewer tips. The new season is produced by Meurer and Cosgrove, along with Shawn Levy and Josh Berry of 21 Laps Entertainment, producers of "Stranger Things," and Robert M. Wise.

According to a Netflix press release, many of the original show's signature storytelling elements are still used, but unlike the original episodes, which featured four stories, the new iteration will have one story per episode.

"We made an early decision to have our storytelling dive deeper and establish a more intimate connection with the audience. To do that, you need time," Levy said in the release. "The people we're interviewing on screen are often revisiting deeply painful experiences that are traumatic and not easy to discuss. These new episodes will each focus on a single case that is produced, directed, photographed, scored and edited at a high level."

While the show's original title music remains intact, it will not have a host. Robert Stack hosted the show from 1987 to 2002. Raymond Burr hosted the pilot episode, with Karl Malden hosting two others that first season. The original series ended in 2002. Dennis Farina hosted a new version of the show, for 3 seasons on the Spike network, from 2007 to 2010.

"We have also opted for a hostless format because the late, legendary Robert Stack was a singular and irreplaceable presence. In Robert's absence, we are letting the spirit and the strength of the stories carry the narrative. Above all, our aspiration was to make a new chapter worthy of his memory and of iconic contribution to this iconic series," he said.

SHEFFIELD — Arno Pinsonnault and Kathy Silliker, of Springfield, were supposed to be married at the Thom Reed UFO Monument Park in Sheffield o…

Tyrone Vaughan, nephew of acclaimed blues and rock performer Stevie Ray Vaughan, is sponsoring a bench and a plaque to be placed at the Thom Reed Memorial UFO Monument Park in Sheffield.

First-look photos from the one-week, closed-set shoot that ended last Thursday were released by Netflix on Monday. The biographical film is due to release next year.