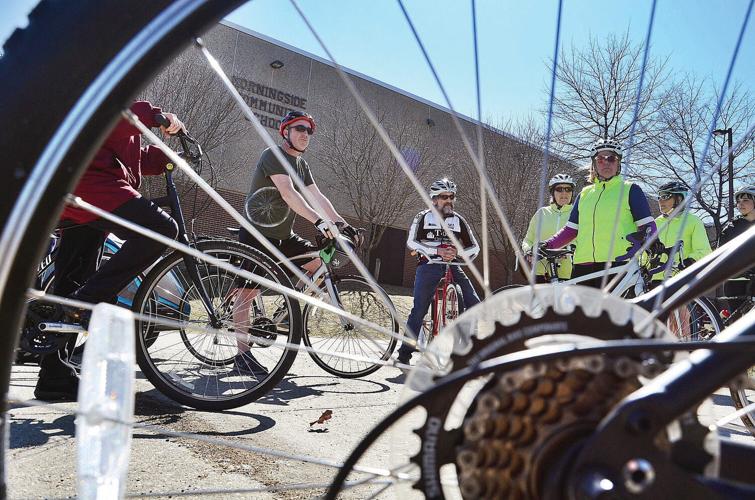 Cyclists prepare for the start of the City Street Ride around Pittsfield, taking off from Morningside Community School on Sunday afternoon. 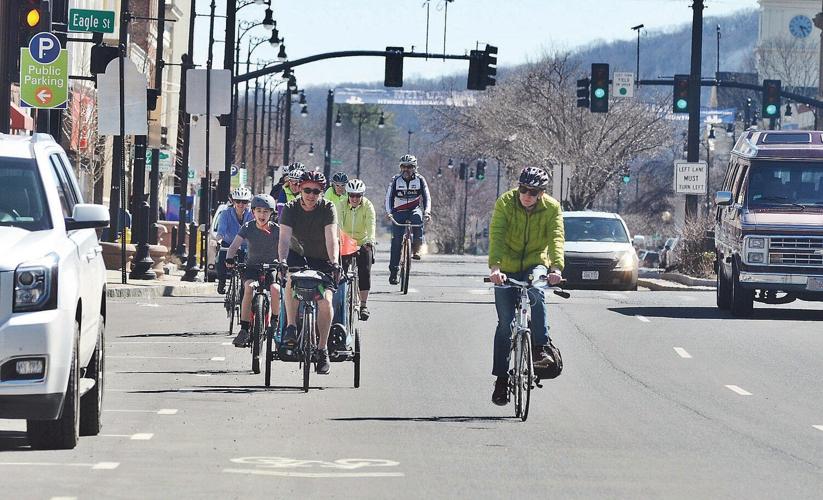 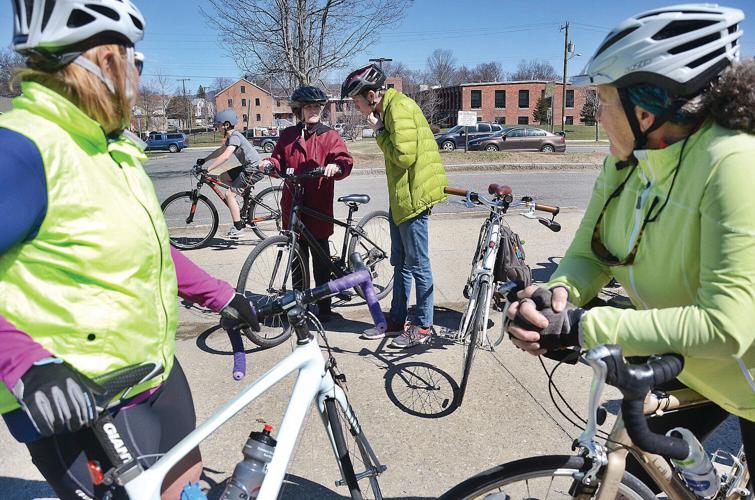 People prepare for the start of the City Street Ride around Pittsfield, taking off from Morningside Community School on Sunday afternoon.

Cyclists prepare for the start of the City Street Ride around Pittsfield, taking off from Morningside Community School on Sunday afternoon.

People prepare for the start of the City Street Ride around Pittsfield, taking off from Morningside Community School on Sunday afternoon.

PITTSFIELD — After the icy grip of this brutal winter, Sunday's blazing sun and temperatures in the upper 50s made for a great day to be on a bicycle.

I had been waiting for such a day and the City Street Ride in Pittsfield was a perfect opportunity.

Organized by Nicholas Russo, a 25-year-old civil engineer who lives and works in the city, and Kate Lauzon of the Morningside Initiative, the community bike ride had a simple premise.

Russo said he hoped to get "people out on bicycles, to see where you live in a different way."

I headed out on my decades-old Schwinn to meet up with the 3 p.m. ride at the Morningside Community School.

A few people were out walking in the neighborhood and a kid on a bike chatted with his friend riding on a hoverboard. A small child and adult crossed Burbank Street followed closely by a bobbing, yellow balloon.

The first to pull up were Pittsfield resident Marjorie Cohan, the president of the Berkshire Bike Path Council, and Marjorie Safran, also of Pittsfield and a council member. Anne Wehry of Lenox, another devoted cyclist, joined them.

Cohan praised Russo for organizing the ride and said she had come to show her support.

"I'm so happy to have him," Cohan said of Russo's energy on the biking scene.

"There's a lot of new people" on the council, added Safran. "That's critical."

Alexia Trainor and her husband, Michael, used to live in North Adams, where they participated in the Downtown Bike Around rides. Now that they live in Pittsfield, they were interested to check out the City Street Ride, along with their sons, Samuel, 7, riding in a trailer hitched behind his father's bike, and Elliot, 11, riding his own.

Tom Martin, the owner of Ordinary Cycles on North Street, rolled up. When I asked what brought him out, Martin said, "I know Nick, and I wanted to support the neighborhood ride."

Kathi Riley, of Pittsfield, grew up in the Berkshires, moved back about 10 years ago and last year moved to the city because she wanted to be centrally located. The riders were quickly introducing each other and chatting.

Russo then explained the route, his warning about potholes inspiring groans and laughter, and we were off.

We rolled through Morningside and then looped through The First Street Common, where a little girl drawing with sidewalk chalk took the time to say "Hi!" to each of us. The basketball courts and playground at The Common were busy and people sat on benches chatting in the sun.

We stopped to drink water and tie shoes, then took First Street, Fenn up to North, and rolled down into the Westside neighborhood.

A woman deep in her gardening paused to wipe her brow, smile and wish us a good afternoon as we headed toward the site of the Westside Riverway Park on Dewey Avenue.

The park has been in the the works for a decade, and the conversation among the riders turned to the park's development and how it is progressing.

Coming up Turner Avenue, Alexia Trainor pulled up alongside me. She said she knew she had been down that street before, but thought it might have been 20 years ago. In fact, this was a recurring theme: what a pleasure it was to ride through the city for the purpose of seeing it, rather than merely taking the shortest route from one place to another.

And then, about a half hour after we had set out, we rolled back up at the Morningside Community School. When Russo moved to Pittsfield, he launched The Pittsfielder, https://thepittsfielder.org/, a website that cheerfully tackles questions that have long been nagging American cities. "How do we Pittsfielders make this a more modern, connected, sustainable and communal city?" the homepage asks.

Russo says riding a bike "opens up a new way to see what you can do with your neighborhood or city."The next City Street Ride is planned for May 12, a Saturday, to coincide with the Downtown Pittsfield Farmers Market. The route hasn't been chosen yet, but Russo expects it will set off from The First Street Common.