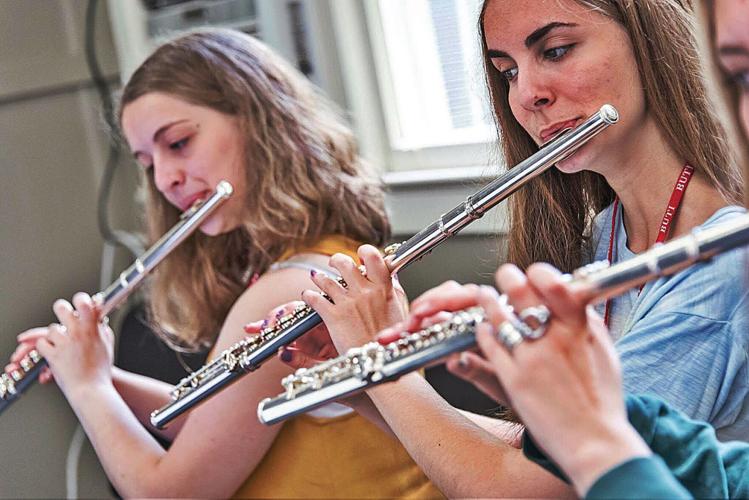 Student play in Boston University Tanglewood Institute's Flute Workshop. As applications and enrollment for the institution swell, its leadership is looking to expand its investment base in an attempt to become self-sustaining by the end of the summer. 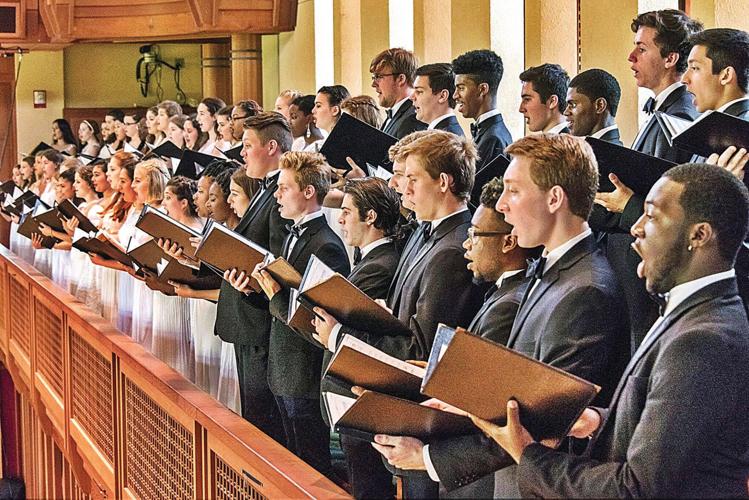 Singers participate in Boston University Tanglewood Institute's Young Vocalist program. Anonymous donations amounting to $100,000 ensures that the youth-oriented music program will be able to recruit students next year as it seeks to become self-sustaining.

Student play in Boston University Tanglewood Institute's Flute Workshop. As applications and enrollment for the institution swell, its leadership is looking to expand its investment base in an attempt to become self-sustaining by the end of the summer.

Singers participate in Boston University Tanglewood Institute's Young Vocalist program. Anonymous donations amounting to $100,000 ensures that the youth-oriented music program will be able to recruit students next year as it seeks to become self-sustaining.

LENOX — Boston University's summer program for high-school age musicians — a fixture on the Tanglewood scene since 1966 — has an expanded mission and an extended lease on life, fresh from its 50th-anniversary celebrations last August.

That's the upbeat outlook from Executive Director Hilary Field Respass, whose tenure began in August 2014 with marching orders from the BU administration either to make the Boston University Tanglewood Institute self-sustaining by the end of this summer or face an uncertain future.

As students gathered earlier this month for the summer session headquartered at the historic Groton Place campus on West Street on the way to Tanglewood, she reported a positive outlook on several fronts, ensuring another season for 2018 amid optimism for future years.

Students will be recruited for next summer with support from a $100,000, two-year contribution from anonymous donors earmarked for the BUTI Young Artists Orchestra.

"We are making progress and Boston University is proud of the progress we've made," Respass told The Eagle. "We all continue to be optimistic as we continue on this trajectory of growth, strengthening and self-sustainability." BUTI has an endowment of about $430,000 currently.

"We'll continue to do our work with the support of BU while expanding our community of supporters and investors," she stated when asked about the program's future beyond the summer of 2018. "There's still a long way to go, but as we spread the news about the importance, impact and potential of this program, we're successfully convincing people that it's worthy of serious investment."

A multimillion-dollar renovation of the aging, deteriorating facilities is a high priority, Respass acknowledged. BU acquired the 45 West St. campus that had housed Windsor Mountain School and, briefly, Holliston Junior College, for $590,000 in 1980.

The 64-acre site includes the main, all-stone mansion built in 1903 as Groton Place, a modern theater and 10 other buildings. The current assessed value for the property is $6,392,000, according to Town Hall records.

"A lot of capital investment and attention is needed," Respass said. "We're speaking internally about how to address those very significant challenges. We are committed to retaining the health and safety of these facilities."

As part of a goal to increase off-season use of the campus, she noted that as many as nine Boston University School of Medicine students in rotation at Berkshire Medical Center are being housed on the Lenox campus during the winter.

Among this summer's major innovations is a widening of the BUTI program to include not only students from ages 14 to 20 but to establish a 19-member junior strings intensive for the 10-13 age group.

"Just as we ask our students to stretch, grow and challenge themselves and reflect, we ask ourselves to do the same as an organization," Respass said. "We had the capacity to add more students and broaden our impact; the idea was to let middle school be a feeder program and reach a larger audience. In the future, we can expand it if it's popular."

Overall, BUTI has seen a 34 percent surge in applications since 2014, she said, with 1,152 competing for a record enrollment of 432. Students attend two-, four- or six-week programs.

Auditions are similar to a college-level challenge, said Respass. Prospective students prepare solo pieces of various styles by video or in-person at regional auditions in January around the country. BU School of Music faculty members make the decisions on acceptances.

This summer, three Berkshire County students are in the program.

"It extends our composition work through an in-depth look at electroacoustic music; it's a new tool so we'll test it," Respass said. "With electroacoustic, we reach a broader range of applicants because they don't need to have as much classical music composition training."

BUTI musicians continue to perform in Ozawa Hall and occasionally in the Koussevitzky Music Shed, collaborating with the Boston Symphony.

Singers from the BUTI Chorus conducted by Katie Woolf will be included in a theatrical adaptation of Mendelssohn's "A Midsummer Night's Dream" in a BSO concert on Aug. 5. The stage director, Bill Barclay, is an institute alumnus.

Respass also pointed out that 16 BUTI alums are among the 95 members of the Boston Symphony.

"We remain a strong part of the BUTI-TMC-BSO continuum," she said. "Our people end up everywhere, and when you talk with them, this look comes over them and they say, `That summer was amazing.' "

For example, Gary Ginstling, the new executive director of the National Symphony Orchestra in Washington, went through the program in the 1980s, while Primo Artists founder and BUTI alum Charlotte Lee's clients include famed violinists Joshua Bell and Itzhak Perlman.

At BU, 16 of the 49 incoming students at the university's School of Music are institute alums.

Respass also pointed to a heightened commitment to community engagement — off-campus performances by the young musicians and by faculty members at Trinity Episcopal Church in Lenox and other sites such as Lilac Park downtown, the Lenox Library and Kimball Farms Life Care community.

More than 70 events are planned, free except for the Young Artists Orchestra concerts on some Saturday afternoons in Ozawa Hall.

"The kids get to test their skills on engaging with audiences," she said, "so we're continuing to build that part of the curriculum because the ability of professional musicians today and tomorrow will serve the art form as well as them very well."

The annual Tanglewood on Parade all-day festival (on Aug. 1 this year) offers another high-profile showcase for BUTI orchestra members, vocalists and chamber players.

The summer institute, part of BU's College of Fine Arts, is hosting an array of visiting artists in residence, including cellist Lynn Harrell, composer Nico Muhly, a BUTI alum, and violist-composer Nadia Sirota, co-curator of the Tanglewood Music Center's Festival of Contemporary Music in August.

"The idea is to put role models in varying stages of their careers in front of the kids," Respass said. "It gives our students the opportunity to explore all the options out there."

She depicted this summer's innovations as not only recruiting more applicants for an expanded student body but also to "broaden and deepen our impact as we think about training the next generation."

"We're thinking about what sorts of things should be added to the curriculum to help prepare those students and to address some of the health and wellness issues they're facing as well as more rigorous college admissions preparation if they want to pursue music," she said. "We're drawing on BU's expertise to help kids navigate through a very complex college admissions process."