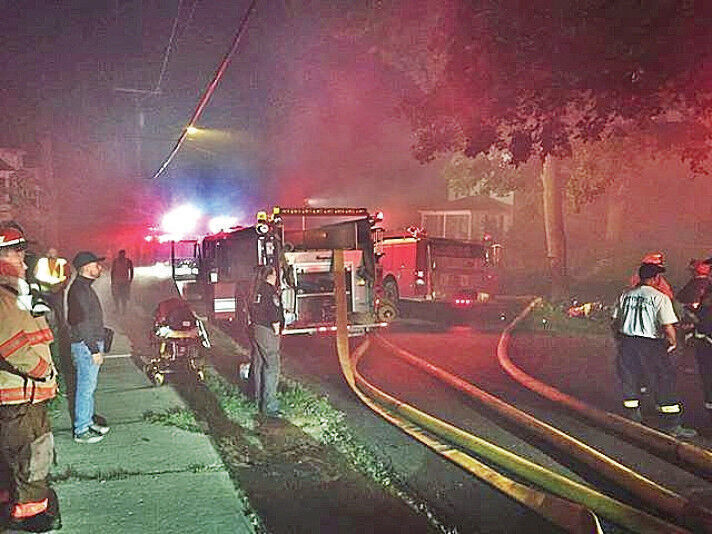 The scene of the fire on Boylston Street on Sunday evening. 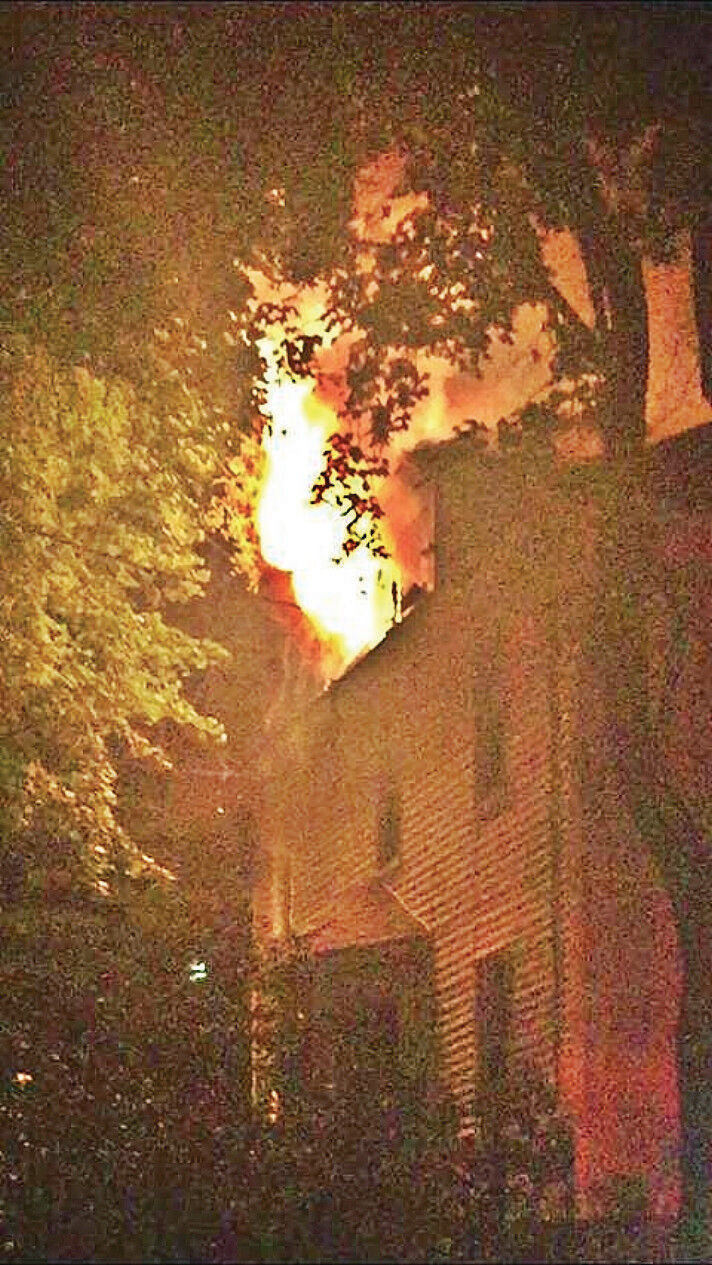 Fire bursts through a window at 24-26 Boylston Street on Sunday evening. 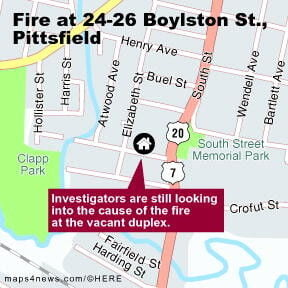 The scene of the fire on Boylston Street on Sunday evening.

Fire bursts through a window at 24-26 Boylston Street on Sunday evening.

PITTSFIELD — State and local fire officials spent Monday inspecting the damage from a late night fire on Sunday that tore through a vacant duplex on Boylston Street.

By late Monday afternoon, fire investigators were still looking for what caused flames to severely damage the attic and roof of 24-26 Boylston St., according to Deputy Fire Chief Matthew Noyes.

Noyes said no firefighters were hurt and fire and city officials were still sorting ownership of the 2 1/2-story structure.

The fire — which was called in at 10:52 p.m. — appears to have originated in the attic, which has been undergoing lengthy renovations, Pittsfield Fire Chief Robert Czerwinski said Monday morning.

When firefighters responded to the scene, they tried to enter the building but were repelled by smoke and fire.

"Within minutes, the fire was blowing through the roof," said Czerwinski.

The fire was knocked down by 3 a.m. Monday, but investigators from the department, the Pittsfield Police Department and the State Fire Marshal's Office remained on scene throughout the day determining what set the residence ablaze.