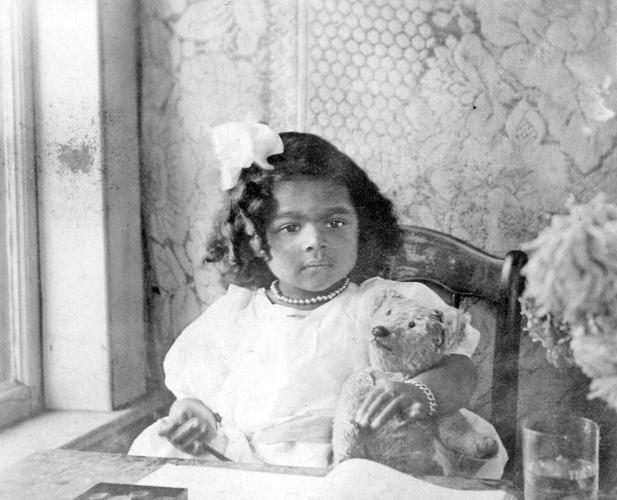 "Rachel VanDerZee," c. 1908, by photographer James Van Der Zee is one of 13 prints now owned by the Lenox Historial Society. 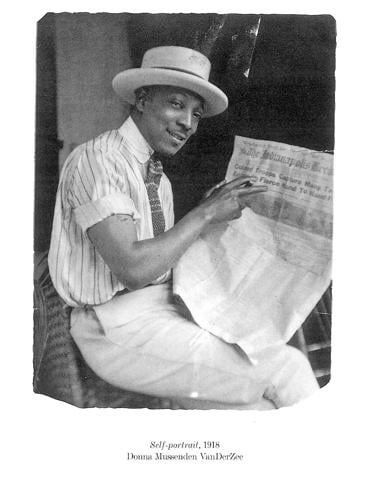 James Van Der Zee's self portrait. The photographer was known for his portraits. 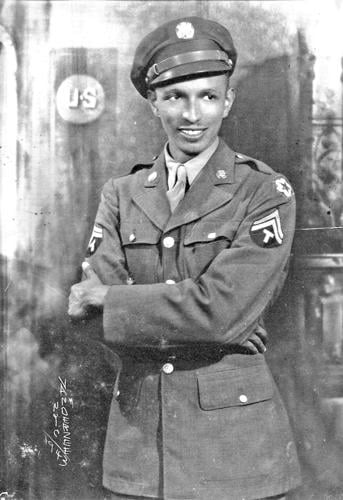 "Rachel VanDerZee," c. 1908, by photographer James Van Der Zee is one of 13 prints now owned by the Lenox Historial Society.

James Van Der Zee's self portrait. The photographer was known for his portraits.

Lenox — He was born in a house on Hubbard Street when Hubbard Street was still a dirt road. He remembered early years in a large, warm family. Around him, people were always sketching and drawing, singing and playing instruments.

He played the piano and the violin, but the instrument that made his name known around the world was a 4x5-inch Kleig box camera with heavy glass plates and flash powder (he once told Kodak Studio Light Magazine) that could fill a room with smoke.

He was born in 1886, and by the time he came to the city, when he was 20, the north end of Manhattan was beating with a creative pulse, like Brooklyn today. Dance and music were evolving new sounds. Composers, artists and poets, playwrights and activists lifted their voices, saying they were alive, and free, and American.

In these heady years, Van Der Zee ran a professional photography studio on Lenox Avenue with his second wife. Families came to him to record marriages, births, deaths and triumphs. Celebrities came to him, from comedian Florence Mills to Mr. Bojangles, the dancer Bill Robinson. Van Der Zee had a name to reckon with.

But he still came home, to this Lenox. He came to visit family and to remember his childhood, says Victoria Salvatore, curator of the Lenox Historical Society.

The historical society has led a two-year effort to bring some of his images of Lenox back to his hometown, and with the help of his widow, Donna Van Der Zee, they have succeeded. The society now owns 13 photographs and will display them, opening Dec. 2 during the town's holiday walk.

A young girl looks curiously up at unfamiliar trees. A young man in uniform takes a likeness for his family before he ships out to the trenches.

Van Der Zee became known for his portraits. They are loving and proud, powerful and playful — Black Americans with education, a good income and middle class stability.

He would also take his lens out of the studio. Among his 175,000 glass plates, negatives and prints, says Regenia Perry, professor of art history at Virginia Commonwealth University, many reflected the life going quietly on around him. He would walk through town and capture rallies and parades, athlete college clubs, religious groups and storefronts.

In these days, without light meters and zoom lenses, he taught himself and experimented in his darkroom. He was one of the first photographers to retouch photographs, Salvatore said. He wanted to show the people who came to him in a good light. And he was also a pioneer in double negatives, floating an image from one negative on top of another like a ghost or a vision.

But most of all, she is drawn to the natural light he lets fall gently, and the beauty and warm intelligence of the people who look out of his prints.

"What is so clear in his pictures and so marked in his words is the passion and the vision, not of the camera, but of the photographer," Toni Morrison writes in an introduction to "The Harlem Book of the Dead" (1978). "The narrative quality, the intimacy, the humanity of his photographs are stunning "

Intimacy, warmth and intelligence seem to have grown around him in Lenox. In the Harlem book, he remembers his father as a quiet and humorous man and his mother a determined and clear-headed woman.

"She taught me how to be polite and God-fearing, and eloquent," he said, "and many of the things that are essential in this life."

His grandparents', his aunts' and his family's houses stood together comfortably in a row. The family kept horses and cows, and grew fruit and vegetables. His grandfather could build a fireplace or add on a billiard room.

They were independent people. His parents had been maid and butler to Ulysses S. Grant in Grant's New York House. His aunts ran a laundry business in Lenox and a bakery where summer people bought pies and pastries. The young Van Der Zees could come for cakes, Van Der Zee said, and his aunts baked bread for Communion for the Episcopal Church, where his father worked as the sexton, and the Morgans and Vanderbilts appeared on Sundays.

This was the Lenox of the Gilded Age, when "aristocrats" would come to their big houses in the warm months.

And the Van Der Zees would pull their weeds and shovel out the ashes in their grates, Salvatore said. Van Der Zee would work at the Aspinwall Hotel and take violin lessons there.

Jim Haskins, talking with Van Der Zee in his biography, "Picture Takin' Man," gives a sense of support and also of isolation. The black community in the southern Berkshires was small and beyond his family, James met frustration and injustice.

"He knew he had limited opportunities here," Salvatore said. "He would not be management anywhere. He would be a waiter."

He and his family began to leave Lenox for the city.

Van Der Zee wanted to study languages and music, but he turned to photography as an art that could give him a living and support his first wife and young daughter.

His sister opened a conservatory of art and music and become an early innovator in silent film. She would give him studio space to launch his career. And as his first marriage dissolved, he would meet Gaynella Katz Greenlea, who became his wife and companion for 60 years. They opened the photography studio together in the heart of Harlem, and they lived in a spacious brownstone around the corner.

By 1920, the Gilded Age was waning, Salvatore said. Harlem was rising, and the Van Der Zees were in the thick of it.

By the 1940s, the Depression, World War II and the rise in personal cameras had cut into the business, and James and Gaynella were struggling.

A young researcher from the Metropolitan Museum of Art walked by Van Der Zee's studio and saw some of his photographs in the window. His work became the core of a sweeping and controversial exhibit, "Harlem on My Mind."

The show drew criticism and protest in part because it relied almost entirely on photographs and excluded paintings, writing and sculpture. It opened months after Martin Luther King Jr. was killed, as the notes of independence struck in the Harlem Renaissance were growing into a national protest, as people coast to coast were telling the country what New York artists were telling the Met: "We belong here."

But in Van Der Zee's photographs, the people and the neighborhoods glowed with sun and self-respect. Salvatore has met visitors to Lenox who remember seeing the show nearly 60 years ago.

It was a hard and ironic time for Van Der Zee. As his name spread beyond New York, he and Gaynella lost the house where they had lived for 43 years, and she died in 1976. He was 90, and he had outlived his family by decades.

In his last years, he met and married Donna Mussenden. She encouraged him to pick up his camera again, and she continues to promote his work around the world.

She also wants his work visible in his birthplace, she said by phone from New York. She has given LHS one of his photographs; the historical society has bought three prints made recently from his negatives, and an anonymous donor has given them the funds for six more. The last three of the 13 photographs are gifts from locals.

LHS has wanted to honor Van Der Zee for years, Salvatore said. They wanted to put up a historic marker for the Hubbard Street house, but the site of it is now the divided highway of the bypass, and the state felt a sign would be unsafe. She felt strongly that the town should recognize him. And so she has worked to bring his images home. In the summer of 2016, they hosted a show of 50 or more of his photographs on loan. But now, they own their own.

"It's so meaningful for us to have some of his work," she said. "I admire his tenacity. He started at a young age, as a hobby, and proved himself again and again. He documented so many decades."

He wanted to see the people through his lens in a good light, she said. And in the Harlem book he looked back at Lenox with a similar gentleness. He was born here, and his daughter was born here. His family cared for their land here and lived and died.

"That was always home," he said, in his 90s. "Yes, that was the place where everything else had happened."

The Metropolitan Museum of Art and the Studio Museum in Harlem announced that they would share ownership of the archive of James Van Der Zee, a virtuoso photographer who was born in Lenox and over a 70-year professional career produced an unrivaled chronicle of African American life in Harlem.