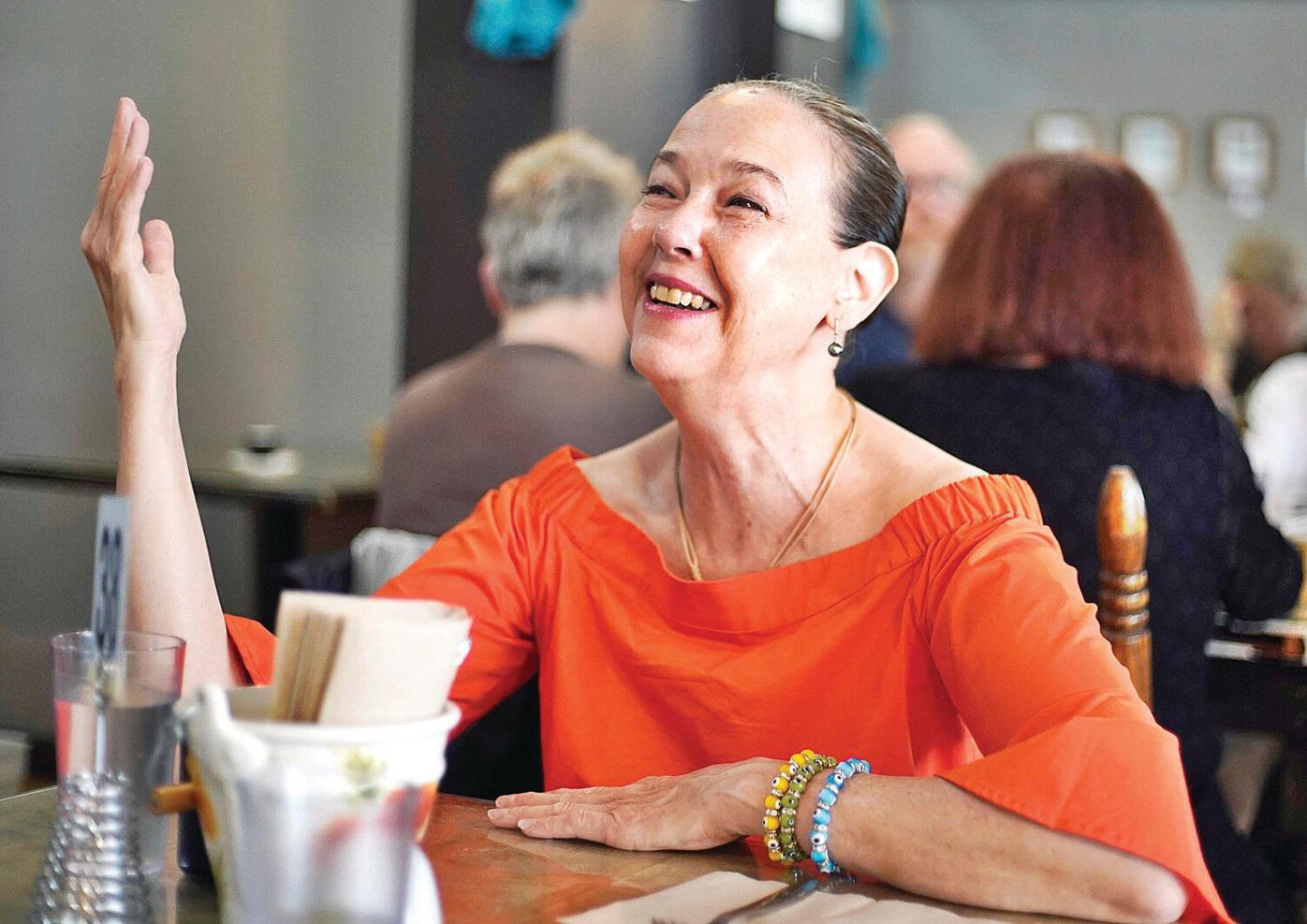 Harriet Harris discusses her role in "The Royal Family of Broadway" at Barrington Stage Company over a late breakfast at Dottie's Coffee Lounge. 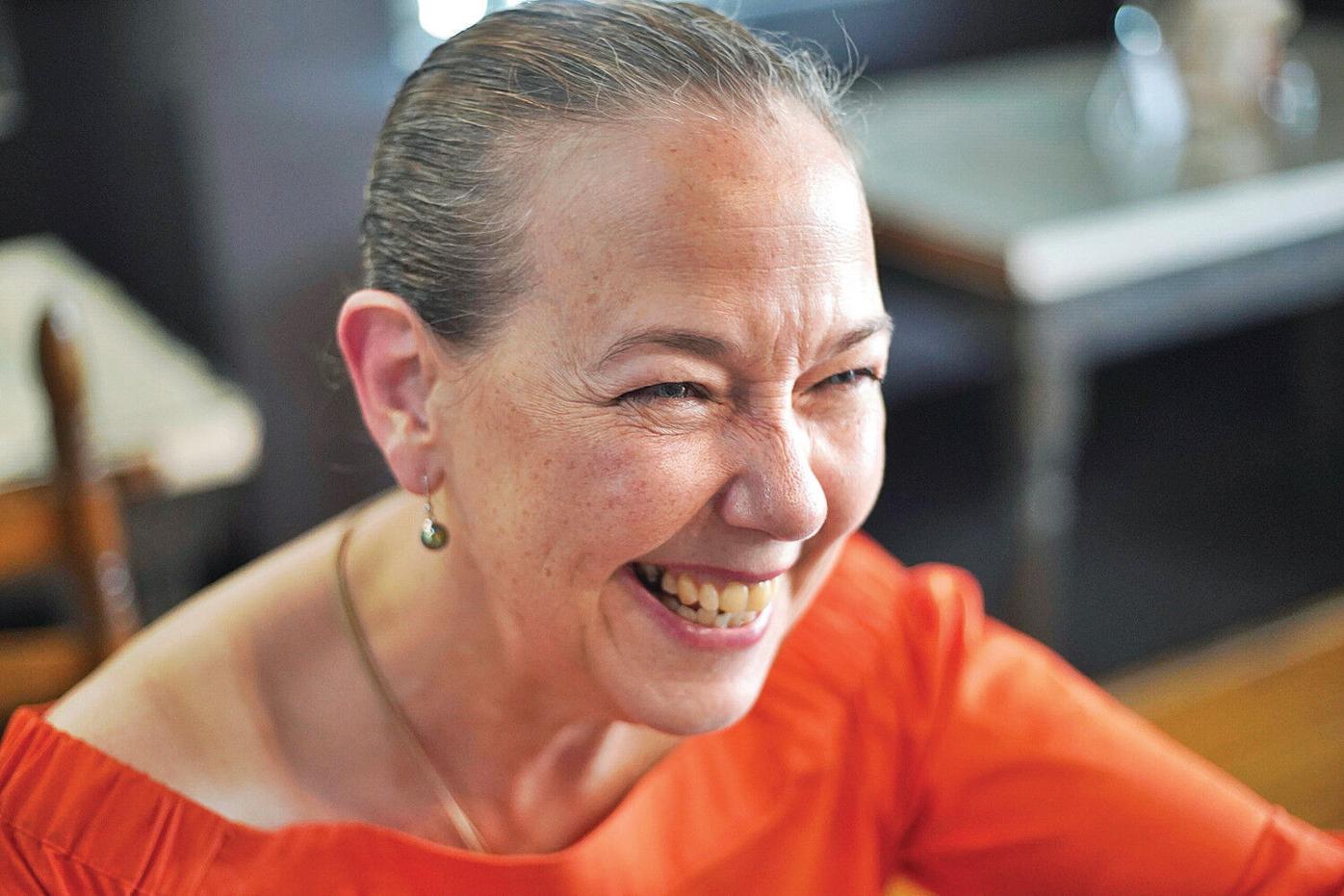 Harris and her partner Matthew Sullivan live in Hampden County. 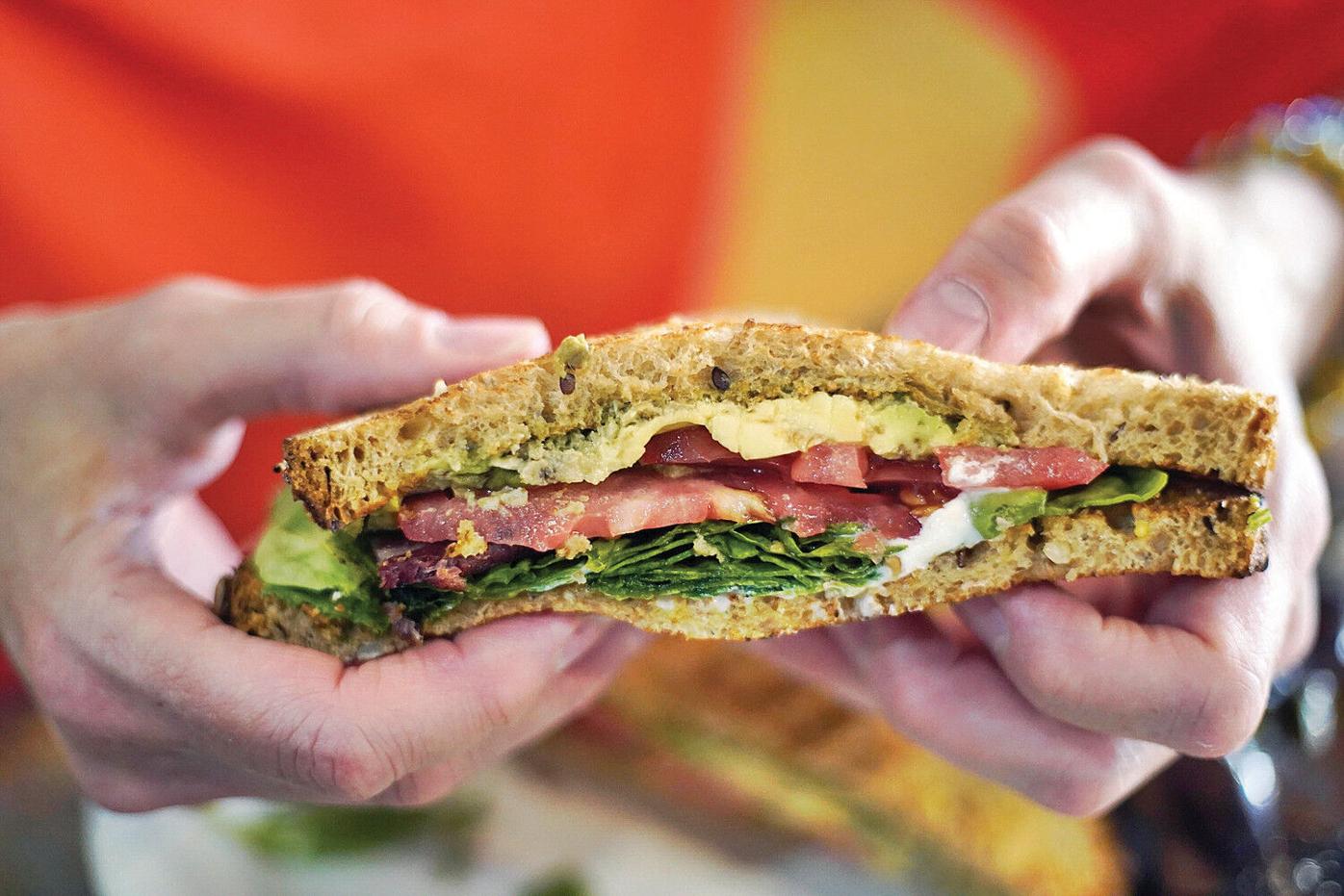 Harris had a "BST" - a bacon, spinach and tomato sandwich with mayo, zesty caper pesto and an avocado.

Harriet Harris discusses her role in "The Royal Family of Broadway" at Barrington Stage Company over a late breakfast at Dottie's Coffee Lounge.

Harris and her partner Matthew Sullivan live in Hampden County.

Harris had a "BST" - a bacon, spinach and tomato sandwich with mayo, zesty caper pesto and an avocado.

PITTSFIELD — Tony Award-winning actress Harriet Harris is in the midst of a busy summer onstage in the Berkshires, but she isn't fueling it with a certain morning ritual.

"The day has to begin sometime, but I don't know that it has to begin with breakfast," she told The Eagle before indulging in brunch at Dottie's Coffee Lounge.

Harris usually opts for coffee and a yogurt after waking up — if even that. She made room for a heartier meal on a recent Friday morning at the bustling North Street establishment.

"I'm delighted to have a chance to eat," she said, after ordering a coffee and the "BST" — a bacon, spinach and tomato sandwich with mayo, zesty caper pesto and an avocado, an addition that Harris had seemingly made before.

"You call it heaven," she said of the combination.

It was a two-show day for Harris, who was wrapping up a run as Fanny Cavendish in "The Royal Family of Broadway" two blocks away at Barrington Stage Company's Boyd-Quinson Mainstage the next night. The new musical features three generations of the Barrymore-inspired Cavendish clan. The theatrical bunch, for better or worse, is married to life onstage; no member is more devoted to Broadway than matriarch Fanny.

"The relationships truly are based on this love of theater," Harris said. " ... If you feel you have a gift, then you really should be sharing it with the world. It makes the play or the musical, I think, worthwhile, as opposed to, 'Oh, it's just a bunch of actors acting like it really matters if they go onstage,' but it does. If you love to, it really does matter."

Director John Rando reached out to Harris about the Fanny role; she was excited to work on a new musical.

"It's always fun to get the first crack at something," Harris said.

She saw "The Royal Family," the play on which the musical is based, decades ago.

"The show has always sort of percolated in my mind," Harris said. "I had hoped when I was younger that I would get to play Julie someday, but I was never pretty enough. So, it was just not something that was ever going to come my way. And I never dreamed that I'd be old enough to play Fanny!"

Debuting a musical comes with obstacles.

"There's no template for it," Harris said.

Compressed rehearsals don't help; Harris said that the actors were preparing for a play "in maybe three weeks that you really need five weeks for."

By the end of the run, Harris felt that the cast had a much better sense of the play's "geography."

"I think the show's a lot stronger. John Rando showed up, our director, and he was very happy," Harris said.

The musical's conclusion at BSC doesn't spell the end of Harris' theater run this summer in the Berkshires; she'll be back onstage for Berkshire Theatre Group's double bill of Christopher Durang's "Sister Mary Ignatius Explains It All for You" and "The Actor's Nightmare" in mid-August, playing Sister Mary Ignatius and Sarah Siddons. She was planning to start reading the Sister Mary part the day after "The Royal Family of Broadway" show ended.

"I intended to before because it's massive, and I'm really kind of mortified," Harris said.

Matthew Sullivan, her partner (or "sweetheart," as she likes to call him), will also be acting in the plays. The two were in BTG's production of "Arsenic and Old Lace" last summer.

"We had such a good time last summer," Harris said.

They won't have a long commute from their rustic Hampden County cottage, where they're staying more these days. (They also have a home in California.) The couple brings their parrot with them to western Massachusetts; he was set to turn 21 this July. He isn't shy about providing a wake-up call or two.

"The morning is pretty much taken up," Harris said.

Harris and Sullivan began visiting the area together nearly 30 years ago, but it wasn't until she was cast in "Not Waving" at Williamstown Theatre Festival that Harris performed in Berkshire County. Two years later, she played Mrs. Lovett in a BSC production of "Sweeney Todd." Before those jobs arose, she would visit Berkshire County theaters, hoping that an opportunity on one of the area's stages would arise for her.

"Maybe, someday, somebody's going to ask me to do something up here," Harris recalled thinking.

Harris was highly qualified for a part. Growing up in Texas, she thought she would work in musicals.

"And then, by the time I got to [The Juilliard School in New York City], I thought, 'Oh, no, you're not going to be doing musicals because there are a lot of people out there who can actually sing and dance, and you're not one of them,'" Harris recalled.

Yet, in 2002, she won the Tony for best featured actress in a musical for her work as Mrs. Meers in "Thoroughly Modern Millie" on Broadway.

"It was thrilling to be around people who can do things you can't do," she said of the experience.

Harris is also known for her TV roles on "Frasier" and "Desperate Housewives." She played Felicia Tilman on the latter, though she wasn't in many of the episodes.

"I didn't really feel like it was different from other jobs," she said. "I could see how for the housewives it was very different because they were suddenly — everybody's sending them clothes to wear, and it became something that acting isn't about. ... Nobody wanted Felicia Tilman to be wearing their jeans."

More recently, she appeared in the 2017 Paul Thomas Anderson film, "Phantom Thread," that was nominated for best picture at the 2018 Academy Awards.

"It was the most fun I've ever had working on — certainly on a movie," Harris said, noting that she spent three weeks in London but only had to work for three days, giving her time to visit museums and shows with Sullivan.

Still, she enjoyed the work the most, particularly because she trusted the director.

"Paul Thomas Anderson is a really fun person," she said. "He knows exactly what he's doing, so he has absolutely no anxiety about losing control of a situation. He just wants to see what will happen. He's got great ideas, and ... if he's cast you, he's happy that he's cast the right person. There doesn't seem to be any second-guessing anxiety going on."

It was her first time acting alongside Daniel Day-Lewis. Friends had told her that "he's just going to be whoever the part is, so prepare yourself for that. He's not going to meet you as Daniel Day-Lewis. You won't find yourself going out to lunch with him," Harris recalled.

Day-Lewis sent flowers and a note to Harris' hotel room before they started working together.

"It was very sweet," she said.

The British couturier that Day-Lewis portrays is not; he's obstinate. In one scene, Harris' character (Barbara Rose, a client) challenges him. The actress said it was easier to play that part without having traditionally met Day-Lewis beforehand.

"He was always in control, but she had to be the boss of him in this one scene," Harris said. "And to come and have acted all sort of teenage-girl about it, about how lucky I am just to be here, it would've seemed so — it's better [Day-Lewis] doesn't know anything about me."

If he did, he would understand that Harris' life revolves around acting; her cadence and gestures, even in a casual setting, have a theatrical quality.

"I love being an actress," she said, "and I love getting to work every day."

What Harriet Harris ordered: A BST (bacon, spinach and tomato with a smear of mayo and zesty caper pesto on bread) with an avocado, along with a coffee