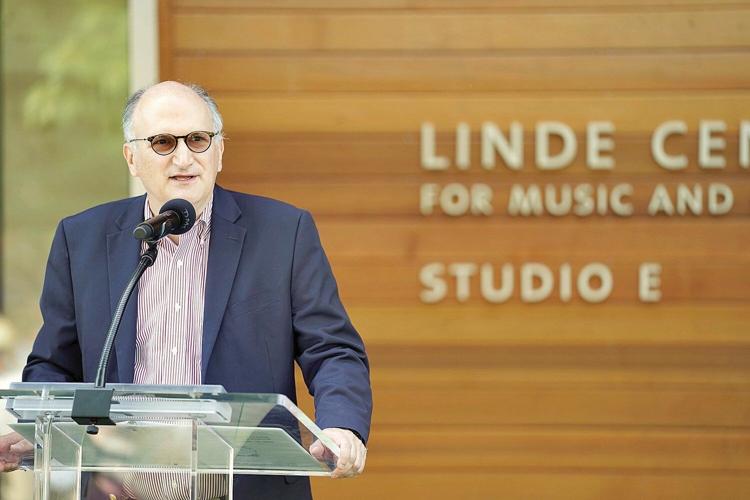 Boston Symphony Orchestra President and CEO Mark Volpe, shown kast June during the opening the Linde Center for Music and Learning at Tanglewood, said Wednesday he remains hopeful there will be music this summer at Tanglewood. 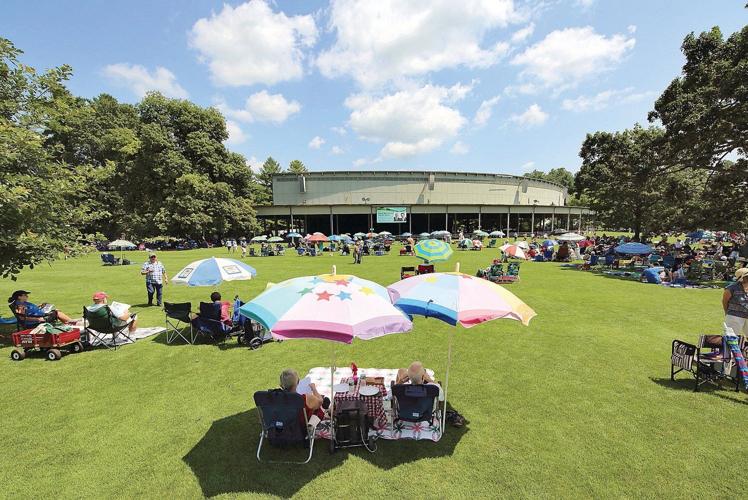 A survey is being sent to 40,000 Tanglewood patrons to explore their feelings about a possible 2021 season, according to Boston Symphony Orchestra leader Mark Volpe.

Boston Symphony Orchestra President and CEO Mark Volpe, shown kast June during the opening the Linde Center for Music and Learning at Tanglewood, said Wednesday he remains hopeful there will be music this summer at Tanglewood.

A survey is being sent to 40,000 Tanglewood patrons to explore their feelings about a possible 2021 season, according to Boston Symphony Orchestra leader Mark Volpe.

LENOX — Amid a cascade of high-profile summer season cancellations and postponements by Berkshire performing arts groups caused by COVID-19, the outlook for the Boston Symphony Orchestra's 10-week Tanglewood season beginning in mid-June remains uncertain, though the orchestra is hopeful that it can move forward with the season.

"That decision would depend in large part on official recommendations over the next several weeks from the Centers for Disease Control and Prevention, the World Health Organization and the commonwealth of Massachusetts," said BSO President and CEO Mark Volpe.

The coronavirus pandemic will force a reset, he acknowledged, since it's not known when people will be allowed to congregate again, or when they will feel comfortable to gather in groups and large crowds.

"The first and the only consideration, the absolutely paramount No. 1 concern, is people's health, safety and security," Volpe emphasized in a phone interview from Boston. "No one knows the duration and intensity of this outbreak; a lot of experts much better-versed in science than I am can't agree."

As for any deadline to determine the fate of this summer's season, he noted that "there's no one date for the entire festival." Multiple scenarios are under discussion, including a delayed start, he pointed out, since "this is a dynamic situation that's changing every day."

Since the coronavirus outbreak began in January, the BSO had to jettison its tour of east Asia, including China, in February, followed last month by the cancellation of the orchestra's remaining season at Boston's Symphony Hall through April, including a pair of concerts at New York's Carnegie Hall.

Now, Volpe acknowledged, the organization is grappling with the strong possibility that it might have to lose some or all of the Boston Pops' spring season, set to begin May 6, culminating in the annual, massive Esplanade outdoor extravaganza for July 4.

"We're modeling a few things, working through internal and external communications, and we expect a decision very soon," Volpe said. "These are external forces beyond our control. We're having multiple conversations with the staff, players and the board."

As of March, BSO Inc. confronts a $3 million-a-month shortfall in its cash position, Volpe said, "and that's not tenable in the long term." Box office sales account for about half of total revenues. The BSO's annual operating budget is $107 million, and its $456 million endowment is being reduced because of the stock market plunge since late February.

He declined to comment on whether cost-cutting measures — as imposed by the New York Philharmonic, the National Symphony in Washington, D.C., and other orchestras — are inevitable.

The Tanglewood season is the major economic driver of Berkshire County's hospitality and cultural season, and the first phase of the Popular Artists series — it had been scheduled to open June 19 with a now-canceled show by Ringo Starr and his All-Starr Band — appears to be in serious jeopardy.

Starr recently postponed his U.S. spring tour until next year, already booking a Tanglewood appearance for the same date in 2021.

No decisions have been announced yet on the remaining Popular Artists bookings for June — including Trey Anastasio with the Boston Pops (June 20); Judy Collins and Arlo Guthrie (June 21); Brandi Carlile and Mavis Staples (June 26); Patti LaBelle and Darlene Love (June 27) and The Mavericks with Los Lobos (June 28).

James Taylor's sold-out July 4 appearance, a benefit for Tanglewood, still is on the schedule, a separate booking from his 27-stop spring-summer U.S. tour. Whether that U.S. tour can go forward, after cancellation of an April-May Canadian tour, is under discussion.

For the Tanglewood festival, "the best thinking is obvious common sense," Volpe said. "We don't feel there's one blanket approach. All our programs are interconnected but are impacted differently. We need to continue monitoring very carefully, talking to people with more knowledge than we have."

One approach would be to start the festival later than scheduled, meaning there would be no performances in June, Volpe said. "We have a whole team of people modeling this in different ways. There are financial implications, so,  we're not prepared to make any decisions at this time."

The heart of the Tanglewood season is vastly complicated, as it involves:

- The eight-week Boston Symphony residency, including Opening Night, Tanglewood on Parade, Film Night with John Williams and other high-profile events;

- The Ozawa Hall schedule of small ensembles and soloists;

- The Tanglewood Music Center institute for advanced young musicians, from mid-June to mid-August;

- The 75-event Tanglewood Learning Institute schedule at the four-building Linde Center that opened in June;

Additional complexities include 38 overseas Tanglewood Music Center students (about one-fourth of the total enrollment) currently unable to travel to the U.S., BSO Music Director Andris Nelsons is confined to Europe and some guest artists remain in limbo abroad.

Volpe pointed out that the BSO, founded in 1881, has survived two world wars and the Great Depression, "but this is more devastating and disruptive than 1918," the first of the two-year Spanish flu.

The Tanglewood festival, opened in 1937, was only suspended during the summers from 1942 through 1945 because of World War II.