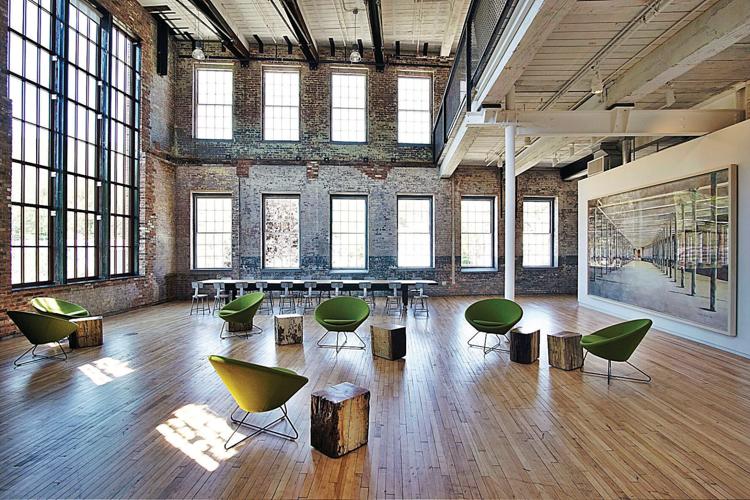 The "prow?? of Building 6 at Mass MoCA brings light, art and architecture together in one space. Wednesday, May 17, 2017. 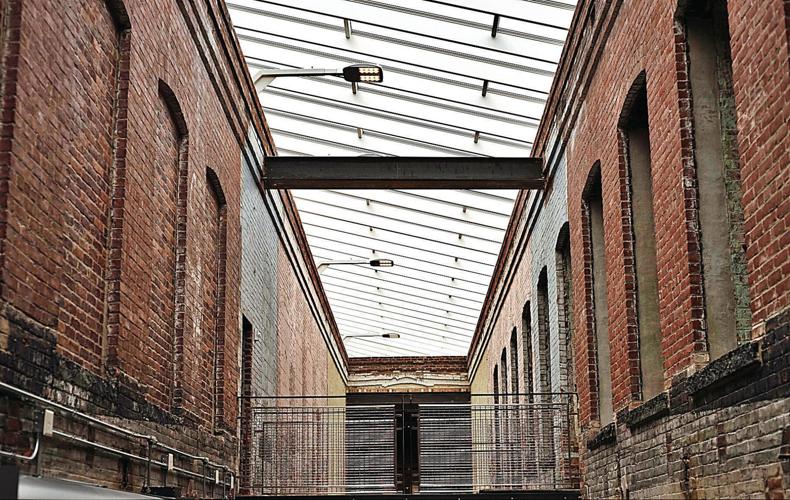 A skylight in Building 6 at Mass MOCA has been recoverec from the building's days as a paper mill and is at the center of the complex. 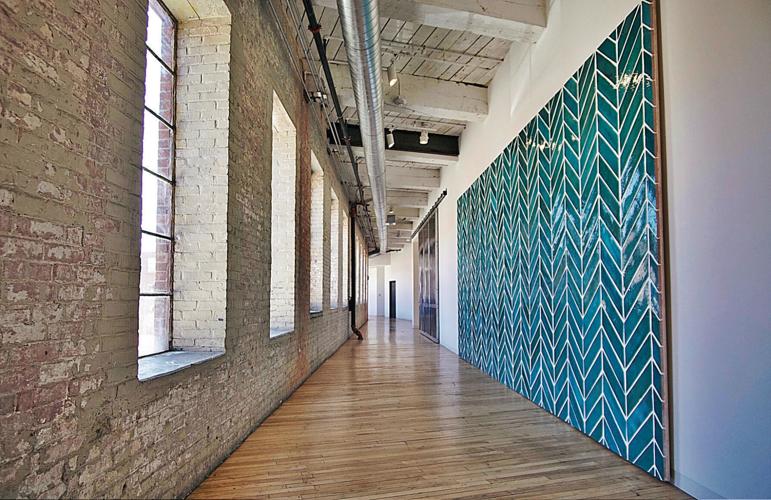 The "prow?? of Building 6 at Mass MoCA brings light, art and architecture together in one space. Wednesday, May 17, 2017.

A skylight in Building 6 at Mass MOCA has been recoverec from the building's days as a paper mill and is at the center of the complex.

They did it by creating what founding partner Simeon Bruner calls "museums within the museum" — long-term installations of work by six iconic artists that "float" within the industrial gridscape.

They kept the raw industrial look that's a Mass MoCA trademark — exposed brick walls, wood and cement floors, steel stairways, and fixtures — going so far as to remove, clean and replace 5,000 original bricks and 60,000 square feet of maple flooring. They cut through thick floors to gain height in places and converted an interior light well, cluttered with patchwork construction, into a soaring, 20-by-140-foot, sky-lit atrium. Finished in rough stone and brick, and pierced by shafts of sunlight, it acts as a linear hub from which visitors orient themselves.

To gain open space, the architects reduced portions of the dense grid of posts holding up the floors with structural steel supports. Wide corridors for changing exhibitions encircle the long-term installations, giving visitors views over the cityscape or the sky-lit atrium.

The journey through the reconfigured museum climaxes in a towering, prow-shaped public space overlooking the confluence of the north and south branches of the Hoosic River. Rushing water visible through a multi-story, mullion window animates the view west toward the Taconic mountains. An 8-by-15-foot watercolor commissioned from Barbara Ernst Prey, who teaches at Williams College, hangs on the wall opposite the window creating an illusion of looking deep into the empty mill space as it was.

Designed as a place to congregate or to rest and contemplate, it is a sublime intersection of art, architecture and nature.

The Building 6 renovation is the culmination of a $65.4 million campus expansion that began in 2013 with the Hall Art Foundation's Anselm Kiefer installation. It more than doubles the museum's indoor exhibition space to 250,000 square feet and extends a method of showcasing art that Mass MoCA pioneered eight years ago with an installation of wall drawings by Conceptual artist Sol LeWitt (1928-2007). Museum Director Joseph Thompson calls it "co-development" with artists the museum has held in longstanding relationships.

In practice, it means partnering with such artists (or their foundations) to display artworks seldom seen because they are too unwieldy for conventional galleries. Mass MoCA provides space on a long-term lease and the artist or foundation provides the art. The same arrangement held for the Kiefer installation.

The renovation also provides backstage facilities for concerts, art storage and completes a traffic loop that allows viewers to tour galleries without retracing their steps.

The installations were still works in progress when this writer took a tour earlier this month.

Turrel's nine, immersive, light-and-space environments, representing the range of his career, were instant catnip. Clustered around a two-story courtyard and entered through darkened passages, each one — big, small and variously shaped — glows with projected light cast in ways that create ethereal, optical illusions of distance and boundaries and leave one unsure of what is real and what isn't. Plans are afoot to convert an outdoor water tank into a "skyspace" observatory, referencing work Turrell has been doing for years at the Roden Crater in Arizona.

Holzer, who lives in Hoosick Falls, N.Y., is known for projecting texts on violence, war, oppression, and feminist issues into public places via electronic displays, billboards, bench inscriptions and even the internet. Her cumulatively disturbing array of enlarged, wall-mounted government communications, obtained through the Freedom of Information Act, sheds light on the abuses and individual human casualties of America's recent military adventures. Tables of actual human bones, artfully arranged, signify the fragility and finality of human life.

Avant-garde composer Anderson, a pioneer in electronic music and the widow of Lou Reed, principal songwriter for the Velvet Underground, called upon her drafting skills to riff, in a series of super-size drawings, on her 2015 film, "Heart of a Dog," based on the death of her beloved pet, Lolabelle. A cave-like grotto suggesting an edgy Berlin nightclub adjoins a glassed-in recording studio where viewers can watch Anderson at work.

Musicologist Schonbeck (1917-2005), who also lived in Hoosick Falls and taught at Bennington College, believed anyone can be a musician, and that music can be made of ordinary objects, which he adapted into more than 1,000 instruments in his lifetime. Many of them have been played by visiting musicians, including Bang on a Can's Mark Stewart and Wilco's Glenn Kotche. Viewers can take up and play what he artfully invented in a soundproofed gallery that mimics a high-school band room.

Elsewhere at Mass MoCA, Mary Lum, who teaches at Bennington College and whose focus is words, images and modern urban life, was applying nonsense text to the walls of what will be a bikeway passage through the museum.

Building 6 was left until last because it was in the best shape. Thompson said the buildings closest to Marshall Street were tackled first because they were in the worst condition or would have the most immediate economic impact on the city.

But last does not necessarily mean finished.

"It will never be finished," architect Bruner predicted. "That's what makes it special. Museums have to change because art changes — and the way we see changes."