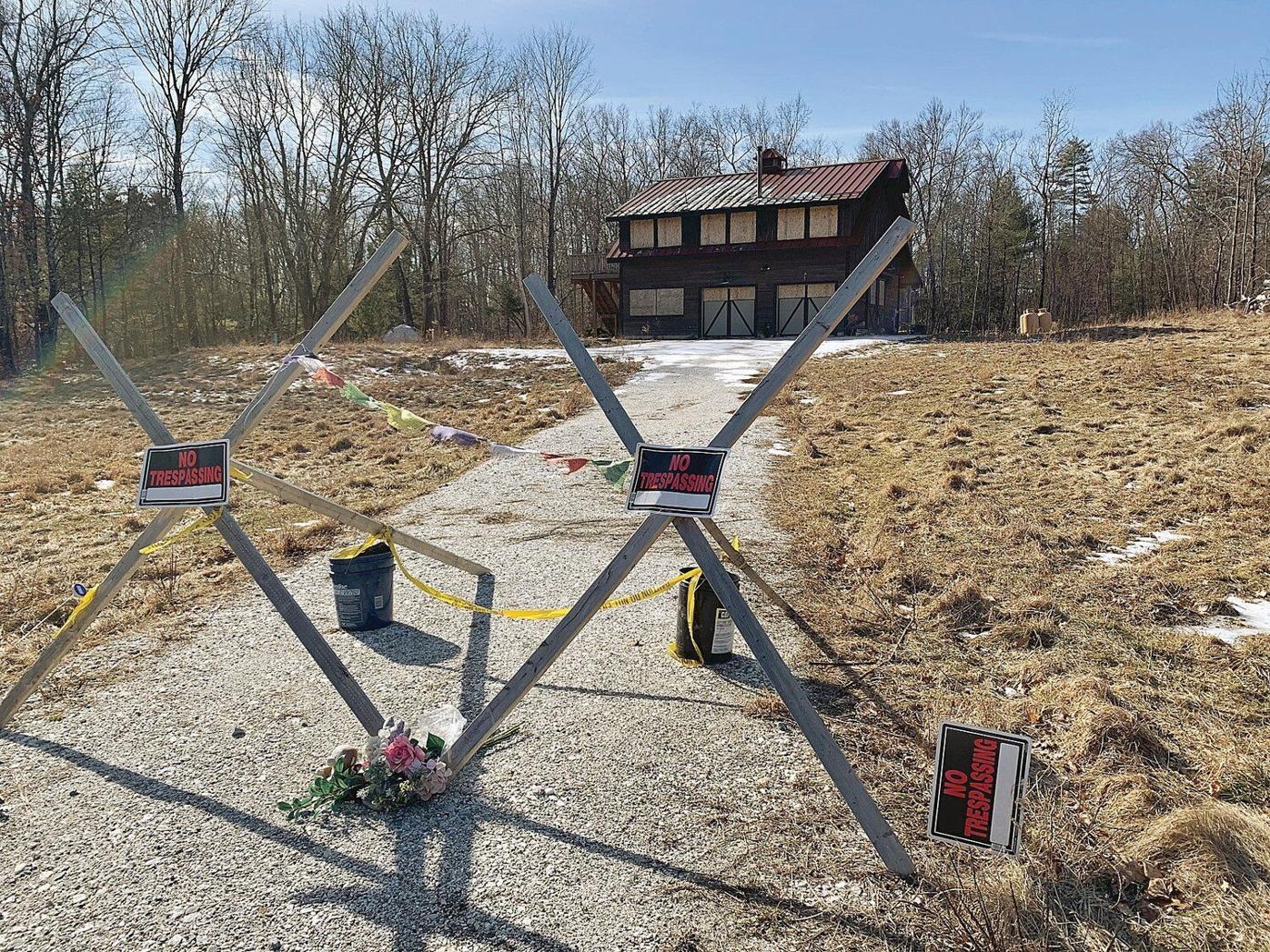 The residence at 1343 Home Road in Sheffield remains boarded up nearly a year after Luke Karpinski killed his family and took his life last March. The state Medical Examiner's Office has confirmed that the incident was a murder-suicide.

The residence at 1343 Home Road in Sheffield remains boarded up nearly a year after Luke Karpinski killed his family and took his life last March. The state Medical Examiner's Office has confirmed that the incident was a murder-suicide.

SHEFFIELD — When Luke Karpinski arrived at Undermountain Elementary School on March 12 to pick up his children, he told the school they needed to leave early because of a dentist appointment.

Instead, Karpinski took the three children home and, at some point, killed them, and when their mother arrived home from work he attacked her with a knife and killed her, too. The next morning, he torched the home and took his life.

The chain of events that led up to the killings was disclosed publicly for the first time in a voluminous set of reports released Tuesday by the Berkshire District Attorney's Office.

It suggests that Karpinski's actions were premeditated, and that his marriage might have been suffering because of a sex addiction, as well as his wife's mistrust and worry. Karpinski's history of infidelity, and his wife's attempts to control his electronics, is a possible motive in the killings, according to information gathered by investigators.

Documents from state police detectives also reveal that, based on preliminary toxicology reports, Karpinski, 41, had opiates in his system and possibly other pill fragments in his stomach.

The reports come almost one year after firefighters responding to an early morning blaze March 13 stumbled across the bodies of Karpinski, his wife, Justine Wilbur, 41, and their three children, twins Alex and Zoe, both 7, and Marek, 3.

Soon afterward, District Attorney Andrea Harrington said the slayings appeared to be a murder-suicide, and late last month that was confirmed by the family's death certificates.

Wilbur's throat was deeply slit. Karpinski died in the fire and was the only member of the family to have soot in his lungs, the new documents reveal, indicating that he was the only one still alive during the blaze.

But, the children's cause of death was ruled as "violence of an unknown etiology," according to the Office of the Chief Medical Examiner. The new documents indicate that the fire had made it difficult to determine how the children were killed.

The autopsy found that the twins were wearing the same clothing as they were when Karpinski picked them up from school March 12, as captured by surveillance.

Surveillance at Wilbur's law firm in Albany, N.Y., showed her wearing the same outfit March 12 in which she was found dead.

It has been the lack of clues so far as to Karpinski's motives that has shaken the community, particularly since local friends and neighbors had said the couple, who both worked in the patent industry, did not show signs of trouble.

But, in a statement to police, a friend of Wilbur's while the couple lived in Lowell said that Wilbur had told her that Karpinski had been with multiple women, possibly prostitutes, and was addicted to sex and internet pornography. This resulted in Wilbur insisting on "parental controls" for all her husband's electronics, including the television, and that his affairs were the likely reason the couple moved away.

The couple — both were Dalton natives and high school sweethearts — moved away to pursue their careers and eventually came back to the Berkshires, building the house on Home Road in 2017.

In a Tuesday statement, Harrington issued her condolences to family and friends and said state police, led by the Berkshire Detective Unit, had investigated "above and beyond."

"I asked the Massachusetts State Police to conduct a thorough investigation in this matter because the victims cannot speak for themselves and I felt that a full accounting of what occurred was in the interests of justice."