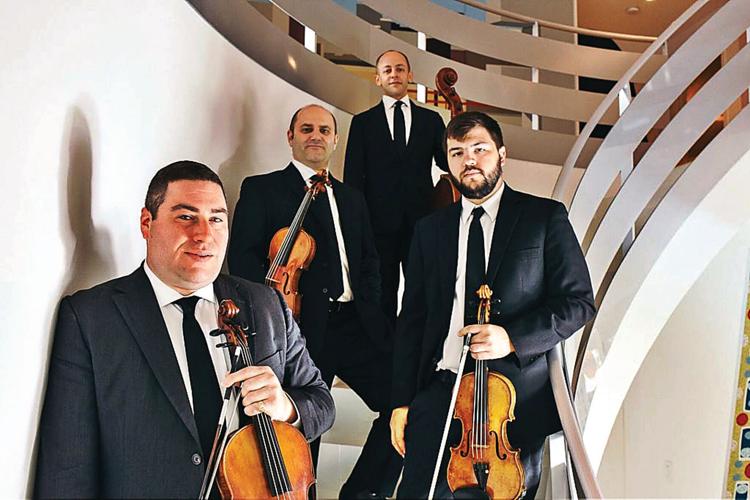 The Amernet String Quartet will perform twice this fall in the Berkshires. 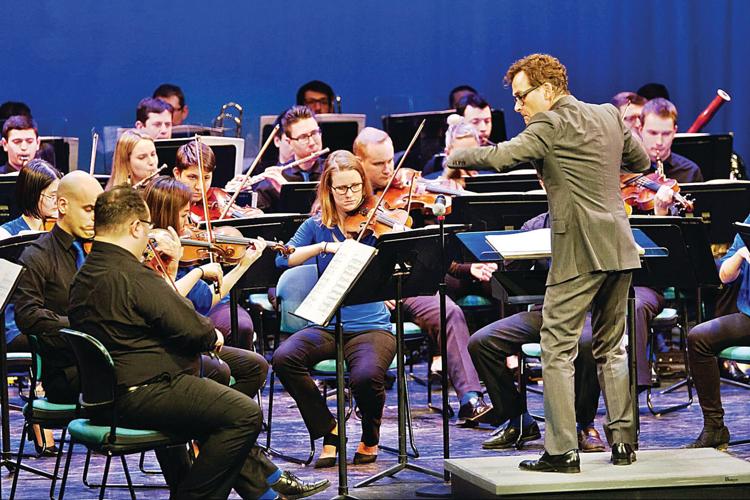 The Orchestra Now will perform at Simon's Rock campus on Oct. 7. 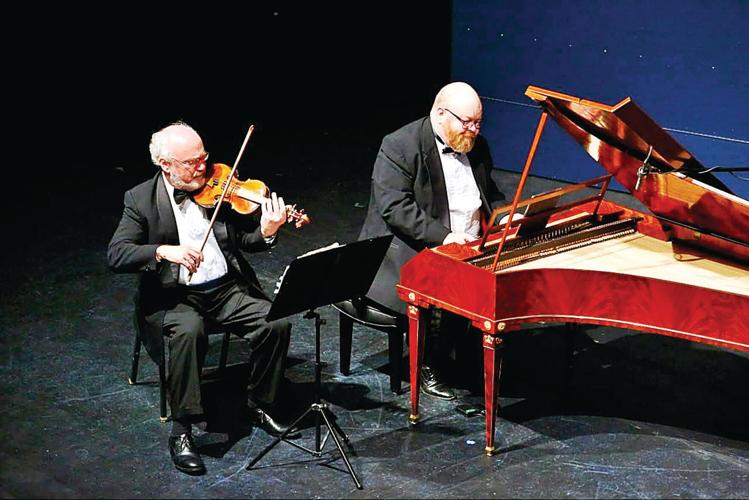 The Amernet String Quartet will perform twice this fall in the Berkshires.

The Orchestra Now will perform at Simon's Rock campus on Oct. 7.

Easily the strangest program in the Berkshires' fall classical-music season comes from The Orchestra Now, which travels from Bard College in Annandale-on-Hudson, N.Y., to Bard's Simon's Rock campus on Oct. 3.

The concert begins and ends more or less conventionally with Sibelius' "Valse triste" and Haydn's Symphony No. 104 (the "London"). Less conventionally, even zanily, in between comes Heinz Karl Gruber's "Frankenstein!!" which the Austrian composer describes as "a pan-demonium for chansonnier and orchestra after children's rhymes by H.C. Artmann."

Make that two orchestras, since some of the sounds come from "a cupboard full of toy instruments." The moral, according to Gruber: " the monsters of political life have always tried to hide their true faces, and all too often succeeded in doing so."

Made up of advanced music students directed by Bard president Leon Botstein, The Orchestra Now will be led here by associate conductor James Bagwell. Baritone Nathaniel Sullivan, a student award winner, is listed as soloist. The work was last performed in the Berkshires — probably the only previous performance here — about 30 years ago by students of the Tanglewood Music Center.

TON's return, in the third year of its existence, overshadows several new developments on the autumn scene, plus a round of performances by long-standing organizations such as the Berkshire Symphony.

The newcomers include a return of summer's Aston Magna early-music festival in a single autumn concert, also on Oct. 7. It takes place just up the road from Simon's Rock, at St. James Place, Aston Magna's summer home. A four-piece ensemble will play a program titled "Bach Father and Son, and their Peers."

The recently formed Berkshire Chamber Players at the Stockbridge Library, which debuted last spring, opened a three-concert season on Friday with a program of Dvorak, Handel-Halvorsen, Lou Harrison (for his centenary) and Saint-Saens. The performers were cellist Ronald Feldman, harpist Elizabeth Morse and three recent Tanglewood Music Center graduates. Two programs will follow in the new year.

Also new to the Berkshires are the Clarion Leaf Peeper concerts, a Columbia County, N.Y., group that this year is playing two of its four programs at St. James Place. One program has already passed, but an Oct. 21 baroque program will feature flutist Eugenia Zukerman and harpsichordist Anthony Newman. Other concerts in the series take place tomorrow in Chatham and Oct. 7 in Hudson.

Meanwhile, the Walden Chamber Players, at one time a Berkshire fixture, return today to South Berkshire Concerts at Simon's Rock for a program of Schubert, Fred Lerdahl, Milhaud and Beethoven.

Most conspicuous among the autumn standard-bears is the Berkshire Symphony, which, under Ronald Feldman as director, plans the customary two autumn programs at Williams College.

The first, on Oct. 13, features Hsin-Yung Huang as soloist in the Bartok Viola Concerto. Works by Debussy and Tchaikovsky round out the program. On Nov. 17, Yevgeny Kutik, the Pittsfield High School graduate who has gone on to a national career, appears as soloist in the Barber Violin Concerto. It is part of a 20th-century program that also includes works by Honegger, Piston and Gershwin.

The world-traveling Williams Concert and Chamber choirs, under director Brad Wells, appear in concert Nov. 3. Visiting artists at Williams include pianist Rebecca Penneys on Oct. 17 and the Amernet String Quartet on Nov. 2. Look also for frequent faculty and student concerts on the Williams schedule.

In South Country, Close Encounters with Music, under director-cellist Yehuda Hanani, opens a six-concert season at the Mahaiwe Performing Arts Center with two autumn programs. On Oct. 21, Soyeon Kate Lee is the pianist in the Schumann and Brahms piano quintets. On Dec. 9, the Amernet String Quartet follows with an Italian program built around Tchaikovsky's "Souvenir de Florence." Works by Puccini, Vivaldi, Wolf and Verdi round out the program.

The Berkshire Bach Society opens Nov. 10 with a baroque cantata program conducted by James Bagwell at the First Congregational Church in Great Barrington. It will be followed by a "Messiah" sing on Nov. 25 under Frank Nemhauser. The traditional "Bach at New Year's" program will be directed this year by violinist Eugene Drucker, who hopes to "ensure some degree of continuity as well as a fresh approach to repertoire."