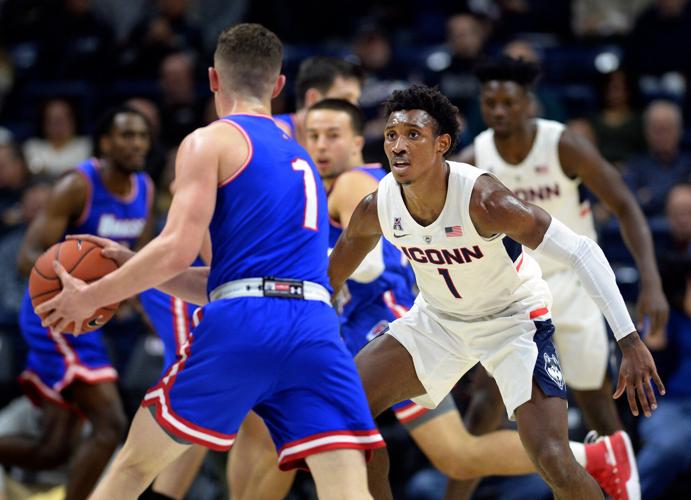 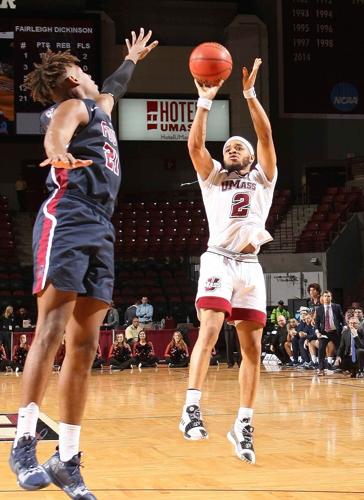 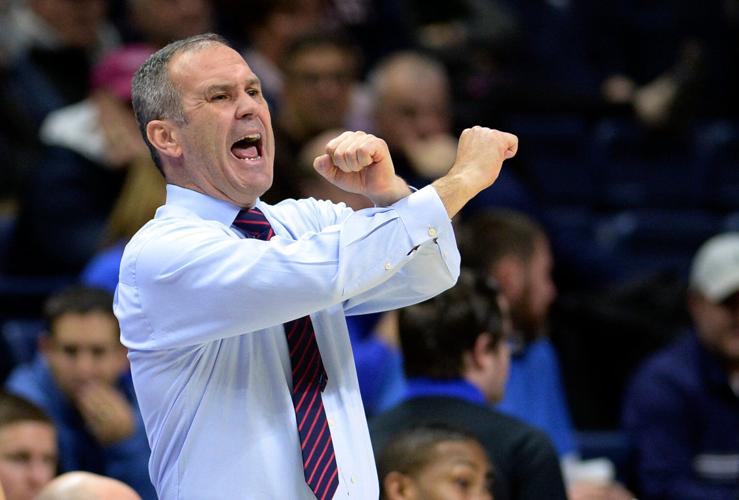 The basketball games come flying at you during the first two months of the season. Sometimes, those games are against old rivals, and sometimes fans scratch their heads about the matchups.

Duke-Indiana, Kentucky-North Carolina, Villanova-Michigan, all of those early-season, made for TV games, make a lot of sense. These are blue blood programs that don't play in the same conferences, so these early-season games are a chance for basketball fans to look ahead to potential NCAA Division I tournament contests. They are now, however, the only games that get played in the pre-conference portion of a team's schedule.

They are called "buy" games. These games serve a number of purposes.

"It gives your university great exposure," Duquette said. "It really allows your kids to challenge themselves. Every kid wants to play those teams. The downside is if you play too many, you start to lose your confidence. You start to get beat up.

"It's really hard having a winning non-conference record when you have buy games."

Take Duquette's River Hawks for example. This year, UML lost at Massachusetts and lost at UConn. Last year, it was a loss in Amherst and a loss at Wisconsin.

In Duquette's time at Lowell, his team has lost at Indiana, Northwestern, Notre Dame, Ohio State and Michigan. All of those teams are from power conferences.

"Anything that's going to excite the players, the administration, the university, the alumni, that all factors into it," said Duquette. "Those really are no-lose games. You're collecting a paycheck, you're getting incredible exposure getting on TV, and everyone around the program gets excited."

UMass Lowell has lost to UMass in each of the past three seasons, twice to coach Matt McCall. McCall has been on both sides of the "buy" game philosophy. He has won buy games and he has lost buy games.

Just last week, his Minutemen eked out a victory over Fairleigh Dickinson, which would have been a somewhat embarrassing loss. But in two years as the head coach at Chattanooga, McCall has beaten such power conference teams as Georgia, Illinois and Tennessee.

McCall said that in addition to the paycheck aspect, he said you don't necessarily want to get blown out, and you want games that could help you come NCAA Tournament time.

Chattanooga played in the Southern Conference, one of the so-called, low-major Division I conferences, and a league that rarely gets more than one bid to the NCAA Tournament. McCall is now in the Atlantic 10, a league that is considered one of the top non-football playing conferences.

"A lot of its done in advance," said McCall. "I didn't schedule the Vegas deal. Actually, we had very little input on the schedule when we got here. I work hand in hand with [athletic director] Ryan Bamford and his staff on piecing together the best possible schedule we can."

At Chattanooga, McCall said that while the financial aspect was part of his deal, there were other reasons for taking "buy" games.

"At Chattanooga, it's really difficult to get home games," he said. "You're playing non D-I's just to get home games. When I was there, the buy games that we would play would be buy games where we would try to fund money for our program. Tennessee buys you, Georgia buys you, North Carolina, Vanderbilt, Iowa State, those were all buy games for us when we went on the road. We got paid to play those games.

"It was a challenge to get home games. You had to play two-for-ones, home and homes, and you're playing non D-I's as the games you're purchasing."

Will Brown is in much the same position that Duquette is, rather than the one McCall is in. The veteran head coach at UAlbany is in the position of going on the road to play top-caliber Division I teams, while having SUNY-Oneonta visit Albany to pick up some money.

The Great Danes lost at Providence earlier this month. Last year, Albany went to — and lost to — Memphis and Louisville. Two years ago, it was a trip to Cincinnati, while in 2015-16, the Great Danes went to Kentucky and South Florida.

"I've been here 18 years, and I've always been asked to bring in a certain number, and without getting into great detail, basically, I need to play two every year," Brown said. "Now, with the changes in the cost of attendance, we basically play 2 1/2 or three, because we have to generate money to cover our cost of attendance as well."

Cost of attendance was adopted by the NCAA back in 2015, and it allows schools to cover all costs of attending college, including travel and other expenses. Schools like Albany don't pay what schools like Duke or North Carolina do, but they do pay.

When it comes to scheduling these games, the UAlbany coach said that some "buy" games aren't hard to get.

"You want to maximize your dollars," Brown said. "You want to avoid planes if you can. The schools that you can drive to tend to low-ball you a little bit, because you're only a two-hour, or a three-hour drive. Without getting into great detail, Providence is giving us an unbelievable package for a non-football school that is driving distance. We're really excited about that."

Brown, like Duquette, said it's an opportunity for the players to take trips to places they might not otherwise get to. It is also a chance for the coaches to go up against some legends in the game.

"Every kid at our level dreams, or thinks, they should be playing at Carolina or Duke or Kansas. In my coaching career, I've had the opportunity to coach against some great coaches in some wonderful venues," Brown said. "Phog Allen Field House, Pauley Pavilion, Cameron Indoor and the Dean Dome. Not only is it exciting for a student-athlete, it's exciting for a coach as well."