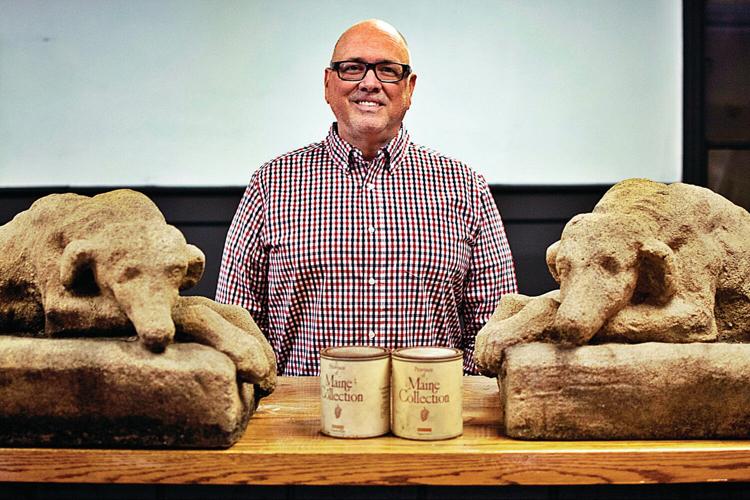 David York plans to open the Museum of Dog in North Adams, in the former Crystal Hardhat Saloon on Union Street. 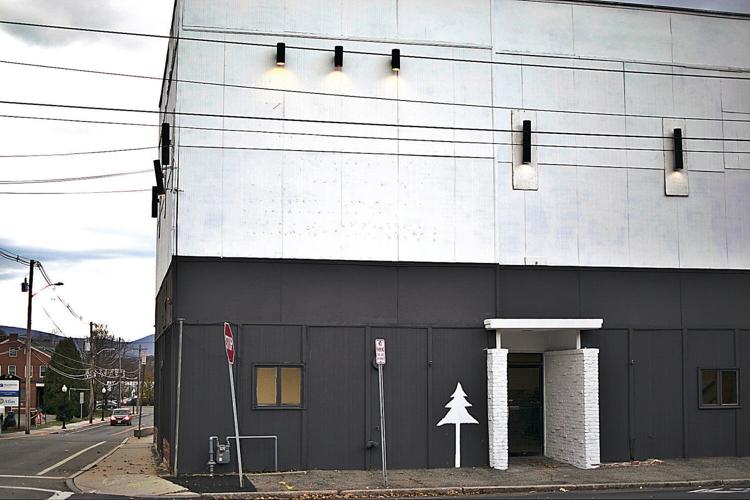 The Museum of Dog hopes to open in 2018, and work to clean up the Union Street building has begun.

David York plans to open the Museum of Dog in North Adams, in the former Crystal Hardhat Saloon on Union Street.

The Museum of Dog hopes to open in 2018, and work to clean up the Union Street building has begun.

NORTH ADAMS — When you love dogs as much as David York does, friends give you canine-related gifts for every occasion.

So, as York moved out of his Connecticut home this year, he had a decision to make: either find storage for all of this dog memorabilia and art, or put it on display.

York chose the latter, and he chose North Adams for the location.

The Tennessee native has purchased the former Crystal Hardhat Saloon on Union Street and plans to convert it into the Museum of Dog, which, as its name implies, will be dedicated to all things dog and feature paintings, sculptures, and unique items that York has collected over the years — like a pair dog collars that are more than a century old and canine-shaped cufflinks. York plans to open the museum in 2018.

"This is going to be from very expensive pieces of art to some great just gifts that people have given me over the years because I love dogs so much. Everything has a special meaning," York said. "It's going to be a mix of everything."

York hopes to make a museum that not only tourists will like, but locals will enjoy.

The dog museum is not the first foray into the world of dogs for York, who grew up on a family farm just outside Memphis, Tenn.

In 1999, York founded the Barking Hound Village in Atlanta, a dog boarding, day care and grooming facility, which he sold this year.

York worked for retailer Macy's in New York City and helped develop brands like Aeropostale. He had a home in Connecticut for 20 years but got an offer on it this year that he couldn't refuse.

As York started packing the Connecticut house, he realized there was a breadth of personal dog-related items in storage in Atlanta, Connecticut and New York.

"As I started looking at getting all my things together, I realized how much I had. I thought, 'This is not going to fit in a house,'" York said, thinking at the time that he would hand it over to art dealers.

With no clear direction, he set out to find a new home.

"It was a pretty unique situation," York said. "If I can go anywhere I want to go right now, where do I want to go?"

After stops in Great Barrington and Lenox, York ventured to North Adams because he had been reading about the Massachusetts Museum of Contemporary Art.

"I thought, 'This is really, really unbelievable,'" York said.

After staying the night at the Porches Inn, York looked at some local real estate and put an offer on the former Crystal Hardhat Saloon building that very day. He was drawn to the view from its balcony and proximity to the Hoosic River.

"It's a very special place. This valley and these mountains around are just — there's something really unique about this place."

"I thought, 'Everyone loves dogs, this will be a great place,'" said York, who now also owns a home on North Street.

York continues to prepare for the opening of the museum, which he expects will be in the late winter or early spring of 2018.

He has purchased two vintage stretch limousines online and plans to have long black dachshunds painted on the sides of them.

"I've been mapping out the route around town, because I'm just going to have them drive around and pick people up and bring them here," York said.

About 90 percent of the museum will be York's personal items, but he will also dedicate space to a rotating cast of artists.

The first will be Jesse Freidin, a city resident and professional dog photographer.

York has also been enamored of the history of the building, which used to be Quinn's Wallpaper and Paint store.

"It was a real popular spot, if you can imagine a big paint store here," York said.

The museum will hang on to some of the memorabilia from the Quinn's era.

"It'll be like a dog exhibit in the middle of a hardware store," York joked.

Adam Shanks can be reached at ashanks@berkshireeagle.com, @EagleAdamShanks on Twitter, or 413-496-6376.