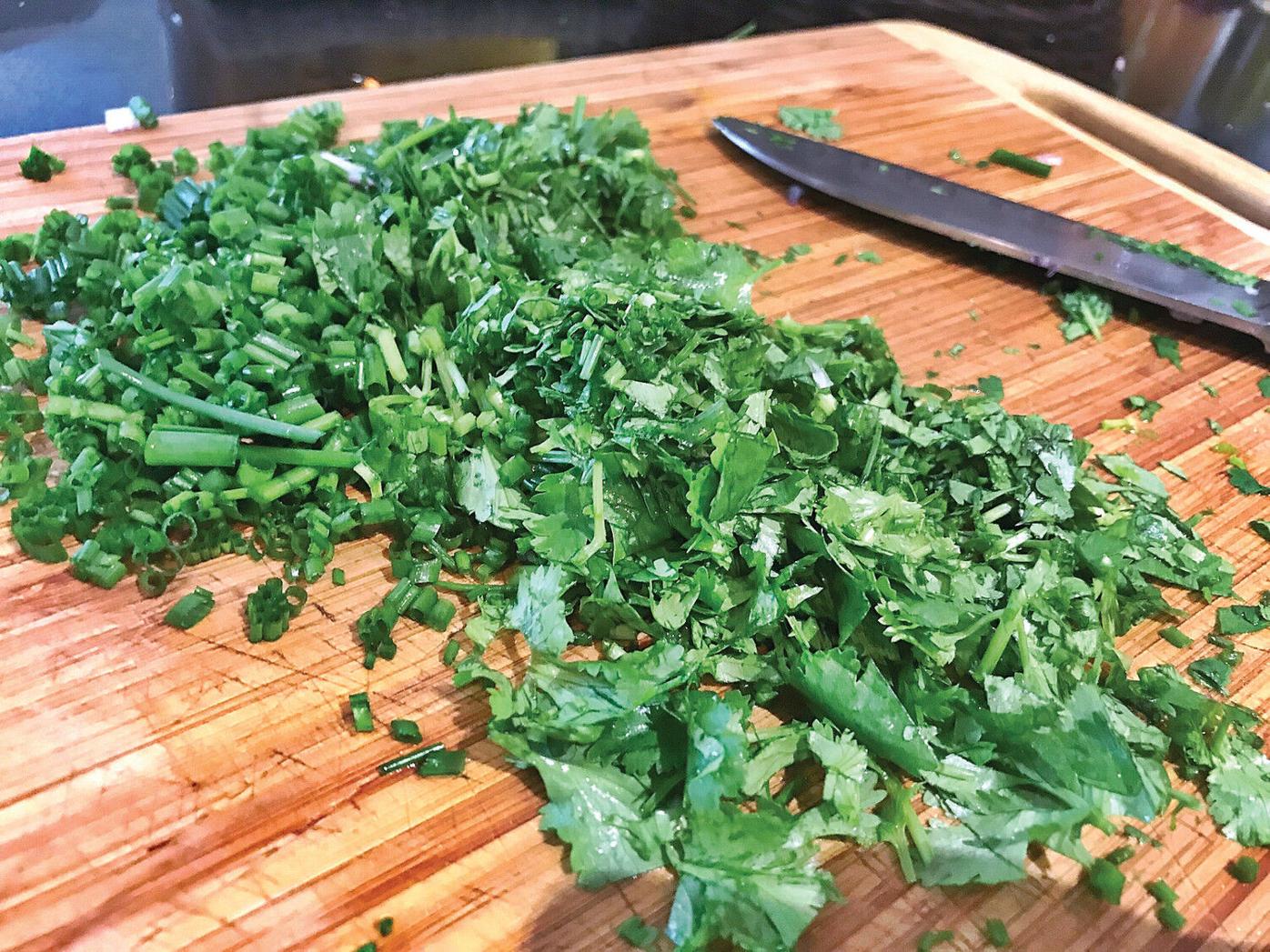 Fresh cilantro makes all the difference in this easy summer salad. 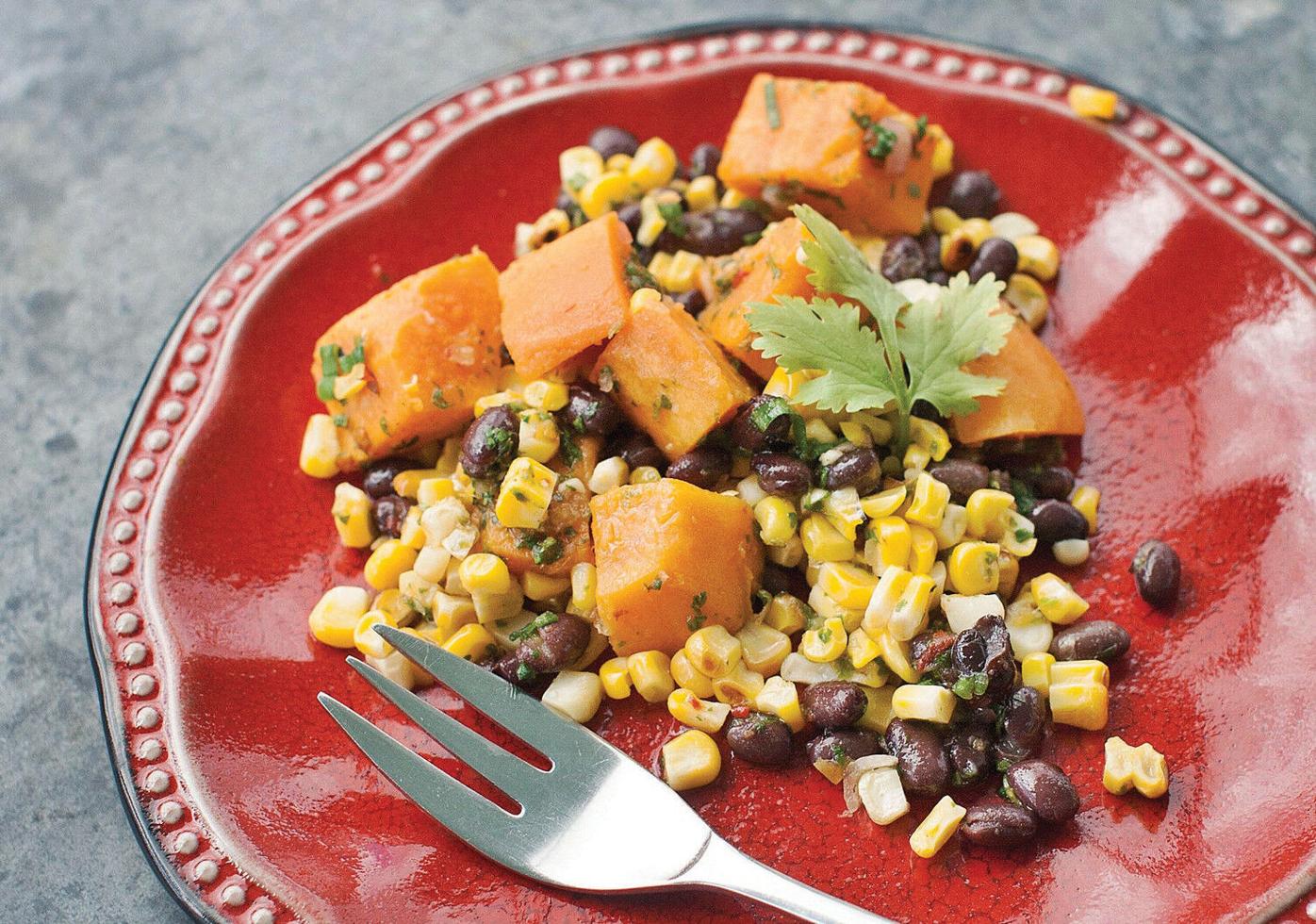 This May 5, 2014, photo shows sweet potato, grilled corn and black bean salad with spicy cilantro dressing in Concord, N.H. This recipe swaps sweet potatoes for the more traditional white potatoes and loses the standard recipe’s abundant mayonnaise in favor of a dressing high in flavor and low in fat. (AP Photo/Matthew Mead)

Fresh cilantro makes all the difference in this easy summer salad.

This May 5, 2014, photo shows sweet potato, grilled corn and black bean salad with spicy cilantro dressing in Concord, N.H. This recipe swaps sweet potatoes for the more traditional white potatoes and loses the standard recipe’s abundant mayonnaise in favor of a dressing high in flavor and low in fat. (AP Photo/Matthew Mead)

It's time for another easy, healthy summer recipe — and another way to get some veggies in your body in the season of cheeseburgers, skewered meats and hot dogs inside voluminous bread and buns. I relish this time of year (pun intended), but I find myself feeling a bit like a sinking stone after eating only (or mostly) grilled meats.

In the past month, I've brought this dish to two barbecues and eaten it on its own as lunch leftovers at least three times. Black beans offer some protein, while corn and cherry tomatoes carry sweetness and a nice crunch. Red onion, lime, and cilantro balance everything out with some bite and acidity. The result is a very healthy salad that is also very "moreish"— a foodie word that describes the feeling you get when eating something that creates an immediate desire for seconds. Go ahead; it's good for you.

For extra credit, this is also vegetarian, vegan and gluten-free, so even the meatless/breadless members of your family can partake. It's great as a side, but it's also fine on its own. Try leftovers with some grilled chicken on top, or some short-grain brown rice mixed in. Or riff on the original ingredient list with different beans, different herbs (my second iteration also included some chopped chives), or maybe some chopped watermelon or pineapple to up the sweetness factor.

3-5 ears of corn (five if small ears, three if medium/large)

The juice of one lime

tsp salt (use Kosher sea salt if you can, regular will work fine)

Preheat oven to 450. Peel back all except the last 3-4 layers of corn husk (you want to leave some on so the corn stays nice and juicy). Bake on center rack of oven (no pan) for 15 minutes, then let cool before handling.

Microwave black beans for five minutes, then toss them into a large salad bowl with tomatoes, onion, cumin, lime, salt and pepper.

Remove remaining corn husks from cooked corn. Stand ears of corn straight up in the bowl or on a cutting board, and slice off the kernels. Once you're done, discard corn cobs and thoroughly mix your salad together. Go to a barbecue, grab a drink and collect compliments on your awesome corn salad.