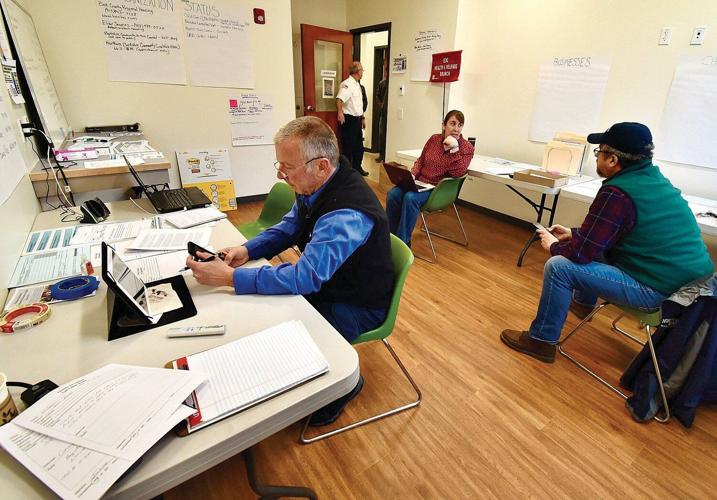 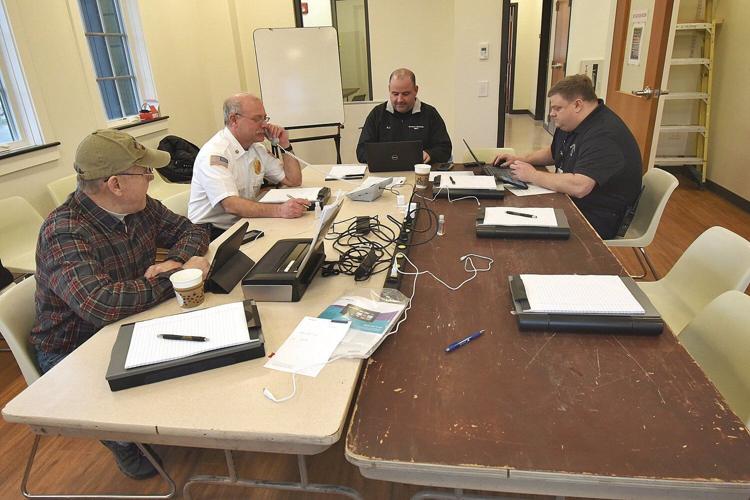 NORTH ADAMS — Emergency responders and other community members in the Northern Berkshires have come together to form a COVID-19 Operations Center to serve as a centralized informational hub — a clearinghouse of information that can provide residents and agencies answers to questions regarding the outbreak.

They also will be coordinating the needs for medical supplies and resources and the delivery of those resources to the places with the greatest need.

The location of the center is not being released to the public because it is not set up to deal with drop-in visits of people with virus concerns, according to North Adams Fire Chief Steve Meranti, and the wish is to limit exposure to keep the personnel there uninfected for as long as possible.

The center will serve the communities of Adams, Cheshire, Clarksburg, Florida, New Ashford, North Adams, Savoy, Williamstown and Stamford, Vt., as well as the college communities of the Massachusetts College of Liberal Arts and Williams College.

Pittsfield Mayor Linda Tyer told The Eagle that a countywide emergency management coalition soon will emerge, joining regional committees in north, central and south county. The Northern Berkshire one was activated first, she said, and the others soon will follow.

"Then we'll be able to share communications and resource needs throughout the county," she said.

As the need arises for equipment requests, Tyer said, the countywide coalition could use its collective power to make joint requests.

On Tuesday, volunteers and staff were busy installing communications technology to prepare for the growing response to the virus and answering calls on the hotline, which already was buzzing with questions from community members.

Retired North Adams Police Chief Michael Cozzaglio, who is one of the members of the volunteer liaison team, was answering the hotline Tuesday. He said folks were asking whether it is safe to visit the Registry of Motor Vehicles, seeking advice on how to keep clean and be safe, and questions from folks suffering from food insecurity whose food sources could become unreliable.

"In the past four hours we've received about 30 calls and a number of emails," Cozzaglio said. "But, things are continually evolving, so, we don't know what the questions might be later on."

The center has been operating since Sunday.

"For us, no borders apply, and there are no egos and no attitudes," Jusino said. "We're here to coordinate effectively for the betterment of the public, so, we want to prepare as best we can."

As the virus effect ramps up, the personnel might have to shelter in place, he noted. So, there are several unused areas in the building where they can nap or rest when their shift ends. But, generally speaking, once the infection has become widespread, the operations center staff will be working rotating shifts all day and all night.

The command center is connected to a statewide network tracking the virus and the state's response to it. It also has lines of communication established with the state and federal health authorities for the latest developments, and as a way to seek further resources to continue responding to the health care crisis. It is in touch with local hospitals on a daily basis.

Jusino noted that the center is helping authorities in central and south Berkshire County set up similar operations centers for those regions.

Berkshire County has the fourth-highest count of infections of the 10 counties in Massachusetts, Jusino noted. As of Thursday, there were 18 confirmed cases in the county, according to the state Department of Public Health.

In announcing the operations center and the hotline, the following statement was issued: "The focus of our hotline is to answer all questions that individuals and agencies may have specific to COVID-19 and what services they may need. In order to be as proactive as possible, we also need to know what services individuals or community members and organizations may be able to offer. We want to strive for partnerships with all community agencies as we recognize their value. We have community liaisons available to receive information immediately. These agencies may include places of worship, homeless shelters, food pantries, libraries, restaurants and many more.

"The operations center has also prepared for and is able to provide regional point of distribution of assets if necessary. We are also working with our healthcare partners both locally and federally to assist with drive-through testing if warranted."